Make use of the information of contained in this letter if useful (to yourself it will be a guide) but do not mention names. Varplanck yesterday in presence of my wife said Well Adams is a Clintonian I have received a letter from Washington informing me that Adams was in favor of Spencer. That In this state the Contest was between Mr Clinton & Mr Van Buren & his friends from the latter he had received nothing whereas the former had supported him & he therefor hoped Mr Spencer would succeed Verplanck added that he was requested to send that information to Albany. I merely said that this was a part of very strong evidence to them that there had been an understanding between Adams & Clinton which he did not controvert by saying he believed Clinton had him playing double.

Do not the Gentleman offered to the new administration intend tomeet & understand each others views & measures.

Write to me a few lines

Why cannot the notes between Crawford & Adams as to the Secretarys place be published. They must put Adams in an awkward situation. 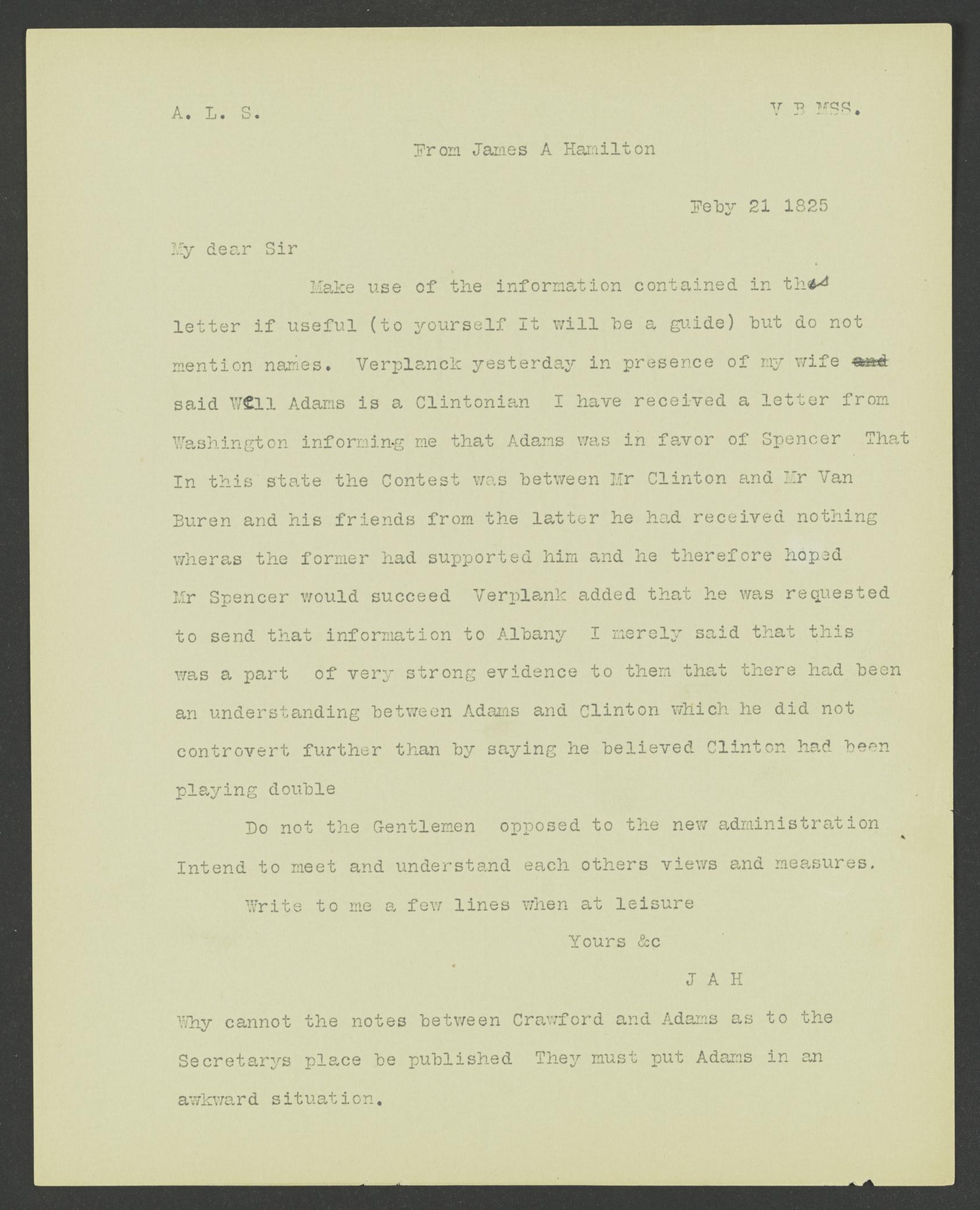