What can be the reason I cant hear from you occasionally. Is your time so much taken up in matters of more importance, that you have no leisure to write or are you afraid your letters will get into the hands of your Friend the Governor? I think you need not be ashamed of your postmaster letter. You know the rule of law is that you must take the whole story together, and assuming your charges to be true, a prompt removal was necessary. The manner in which his Excellency has supported his charge against the administration here, is so far as I have heard a subject of ridicule. But it deserves some more severe epithet, as he attempts to support by falsehood and perjury. Who and what is his man Ketchum. His story appears to be the most barefaced lie that was ever told. I wish Sutherland would furnish something on the charge against him, as I am satisfied it is untrue so far as relates to the threats against Ch. Lansings tenants. The subject I see is refered to a joint Committee: What course is intended to be adopted? Would it not come within the scope of the resolution to furnish the public with some information as to the proportion of the Officers of the General Government who supported Mr Clinton. I am persuaded however you will manage the matter discretely and make the most out of it. I suppose the question of Senator will soon be settled. It seems to be the general impression that you are to supply the vacancy. I hope some attention will be paid to the selection for the other house, and that New York may be restored to the rank and influence to which she is entitled. You recollect I had some conversation with you respecting appointments in Dutchess County, and suggested that you had better leave the appointments in that County pretty much to the members of assembly. Great prudence is necessary or Dutchess will relapse. The present Delegation was sent by the old republican party, and I think would be most likely to represent their wishes. New converts must not have too much to say or jealousies will be excited. We have not any thing here of much importance except what you see in the public papers. The army will no doubt be reduced. It is not however certain that the Bill which has passed the house will succeed in the Senate. It is a little uncertain what will be the result. No measures will I think be adopted materially affecting the navy. I shall be very glad to hear from you whenever you can find a few leisure minutes.

PS. Have you done any thing about my house on the hill? 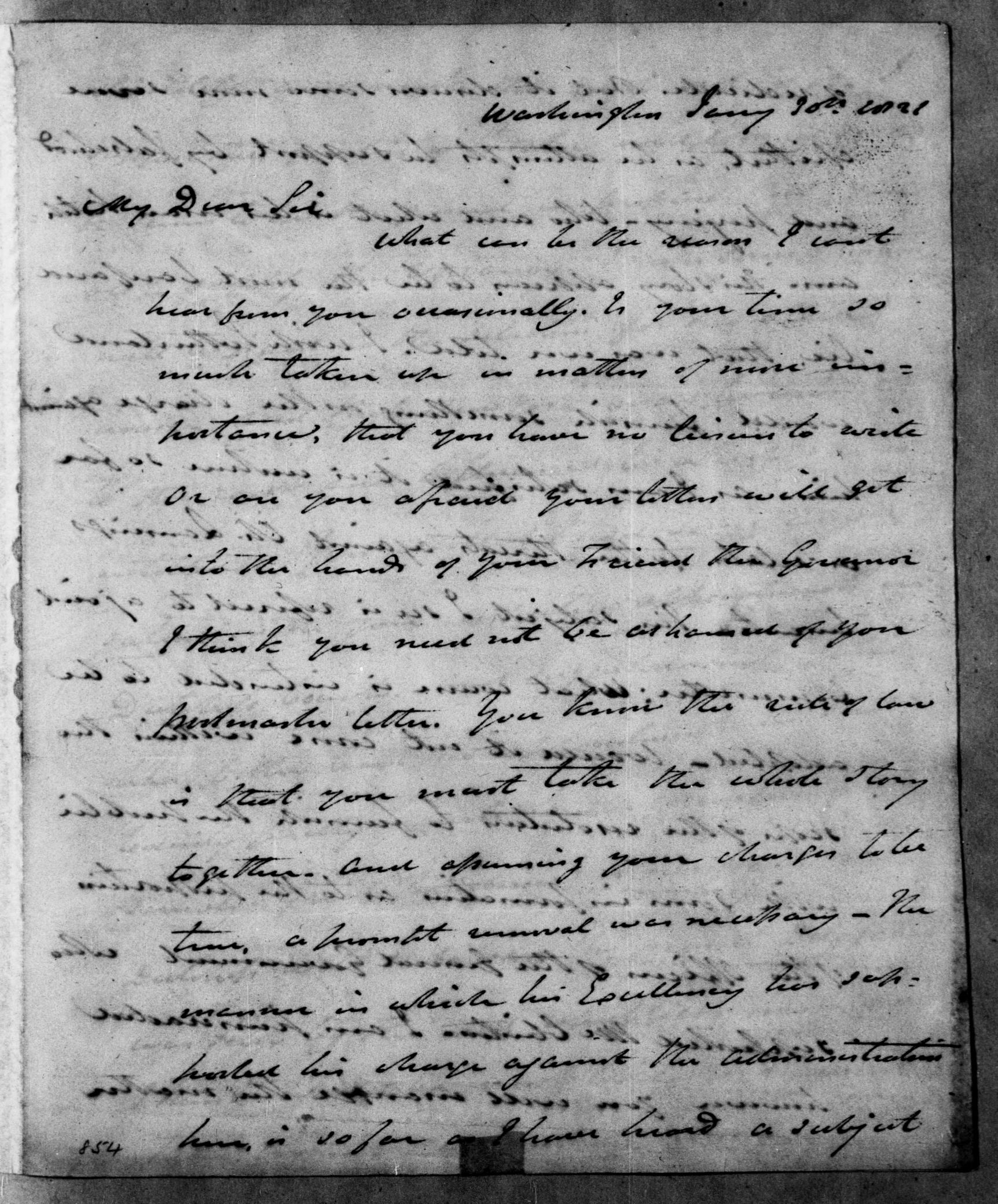 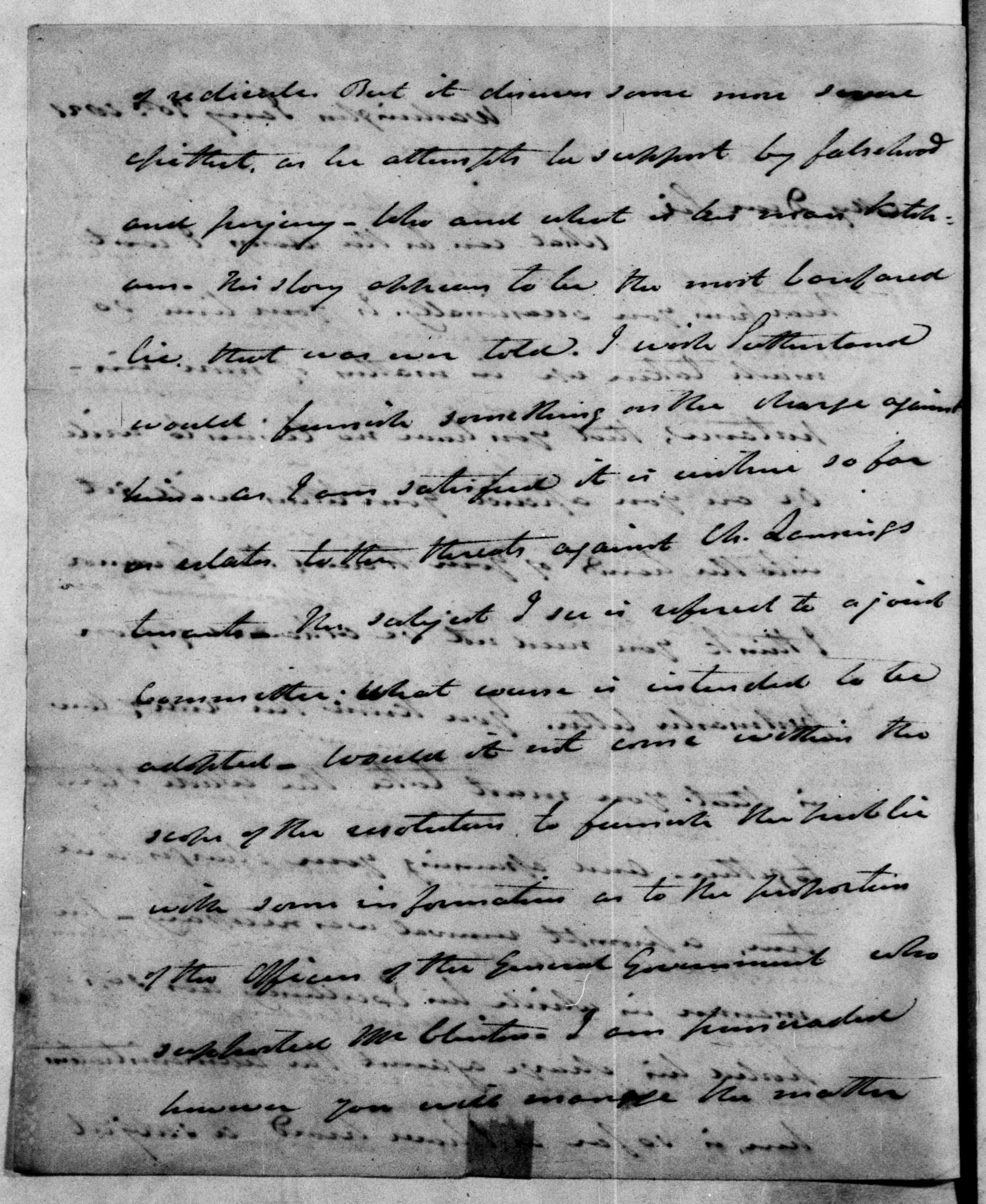 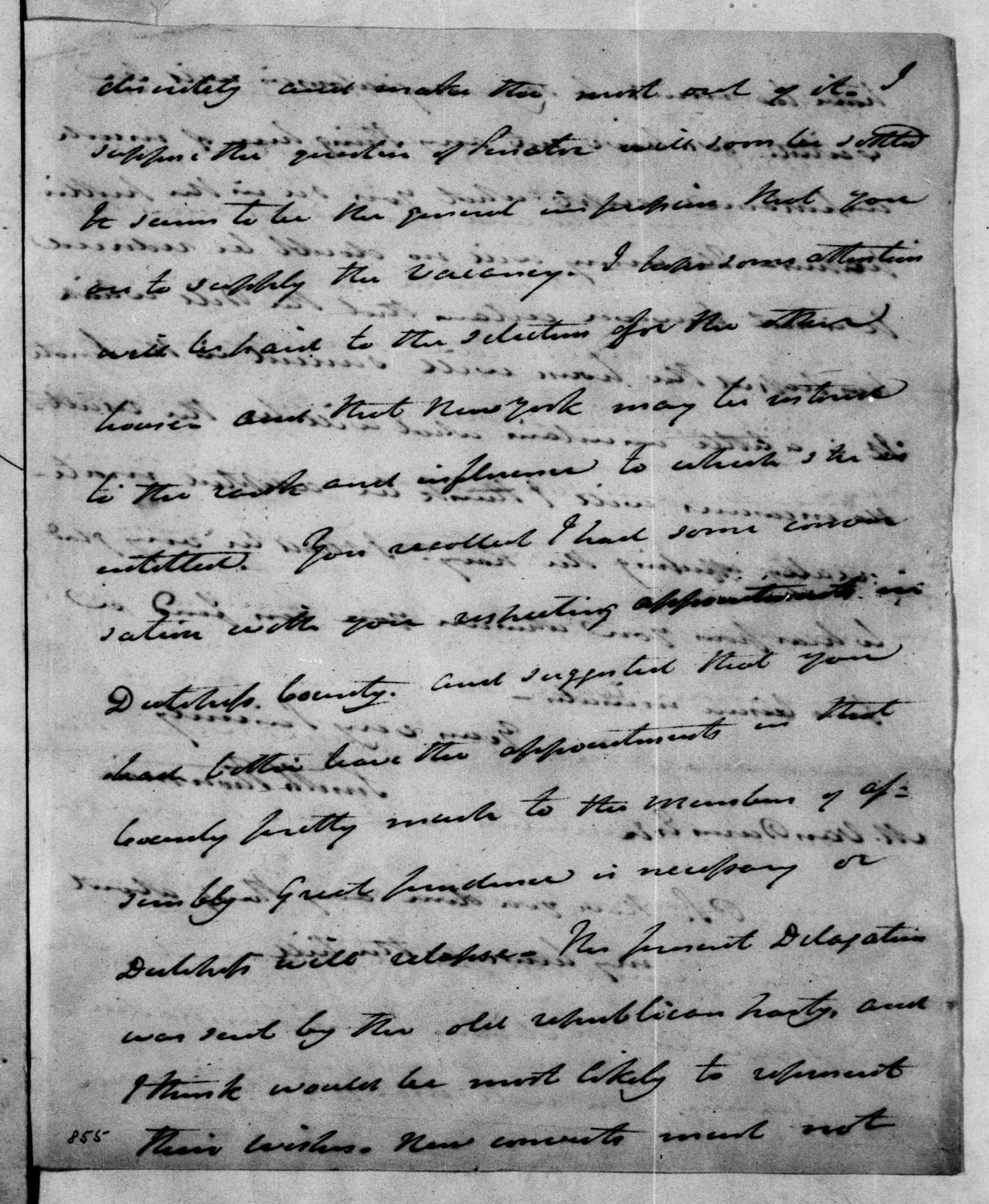 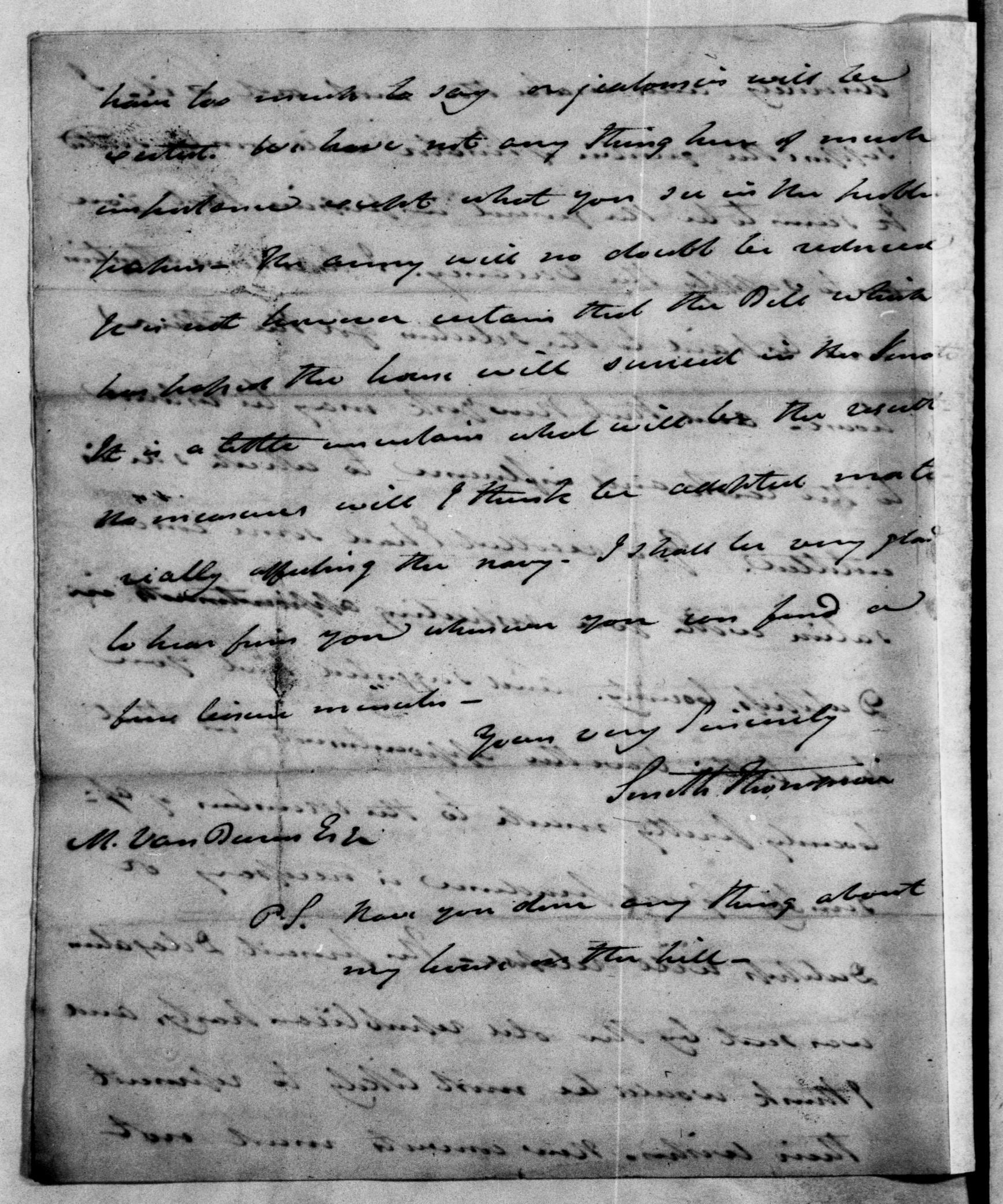 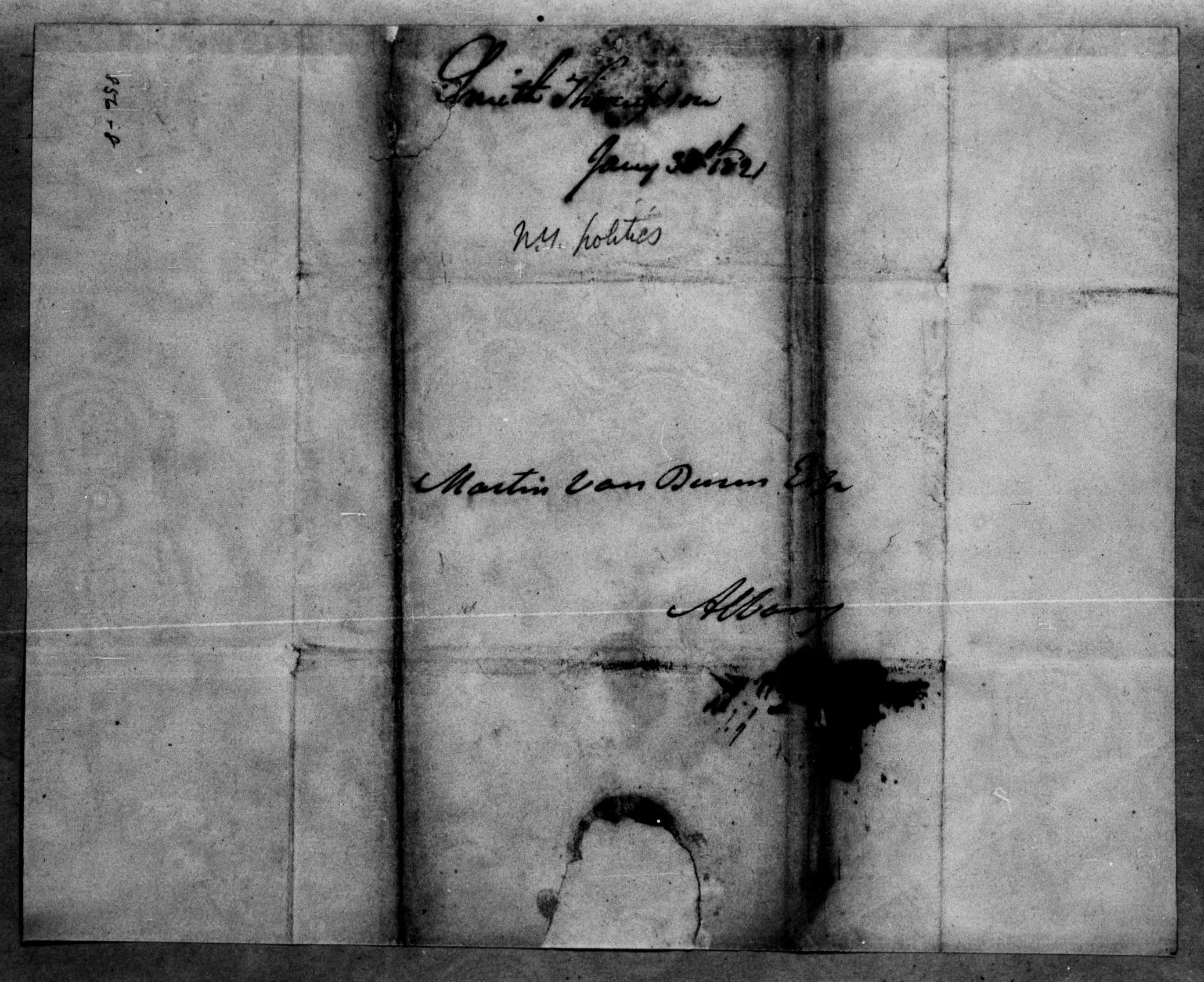 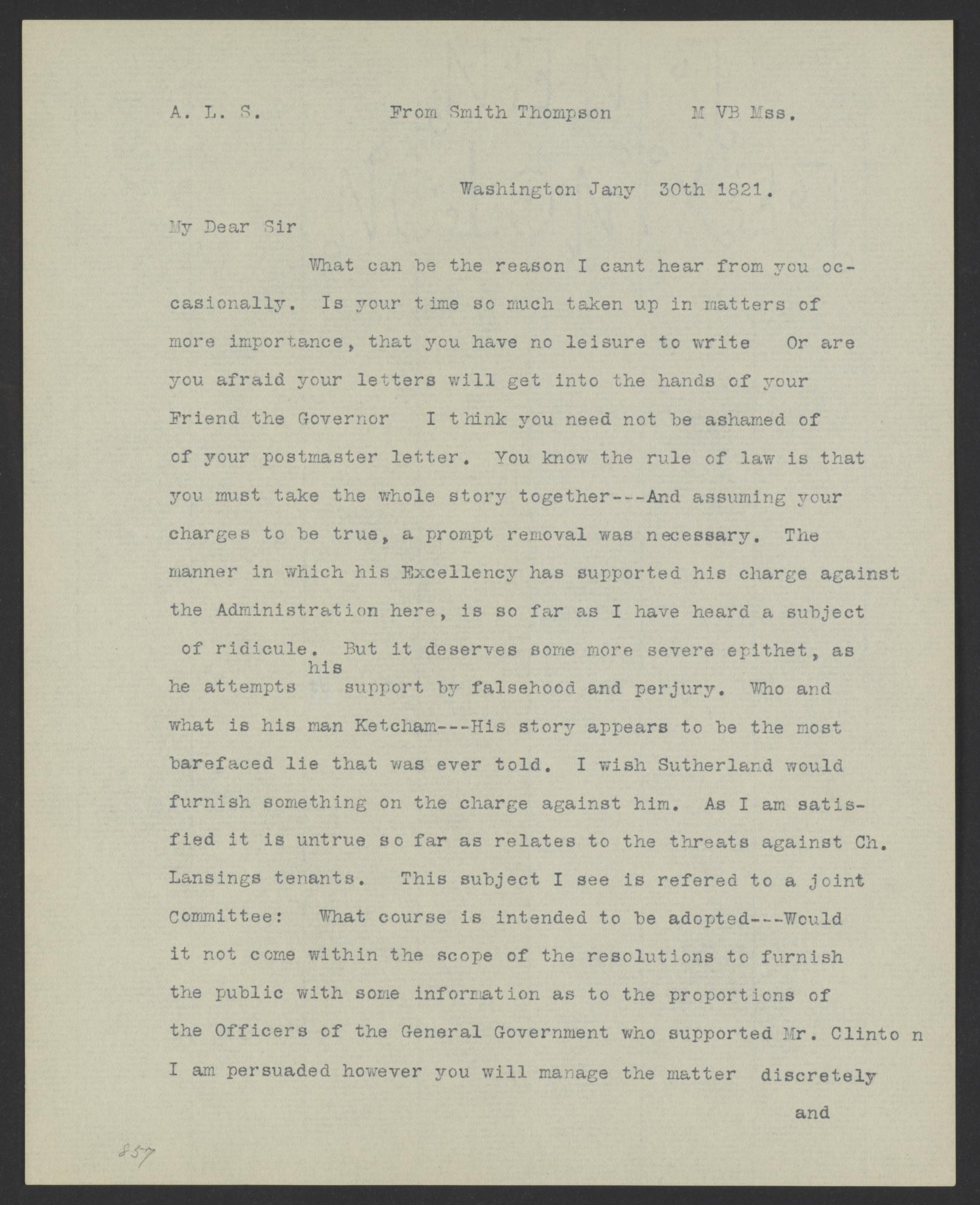 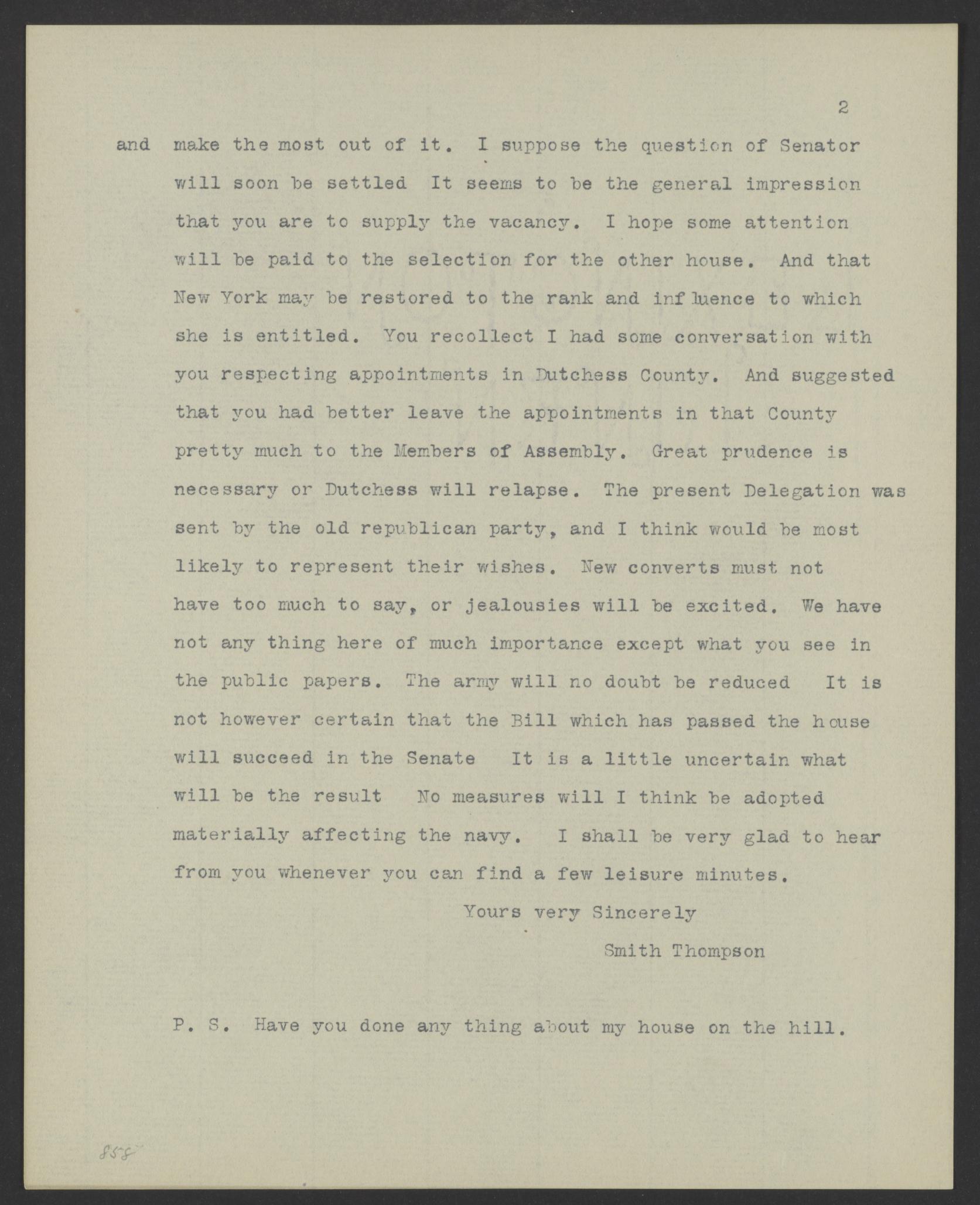