at that dark day to <our> <state> ^disgracefull period <by> in the history of our <State>^, to which every good man revisits with humiliation & regret, when our halls of Legislation were basely contaminated, when within their Walls "corruption boiled & bubbled like a [ste]w when [. . .] and stubborn [. . .] were out-faced & Vanquished by pimps & panders—when the patriotic Tompkins <illegible> ^stretched forth^ the Strongest arm of Executive authority & threw himself in the breach to <illegible> rescue the bleeding honor of the state. The too Judicial character stood in the front rank, he too cherished & <managed> the exertions of ^the^ minority, he too exposed himself to the kenest resentments of the profligate authors and abettors of that vile conspiracy. ^How deeply would it be to be deplored that such bright hon[ors] should be withered & tarnished by an ill fated union & fellowship <with>^ ^its unworthy instruments^ <That> was conduct worthy of a man & must ^will^ always be rem notwithstanding a long, long list of after grievances be remembered by republicans with gratitude ^consideration^ and respect. It should [. . .] a multitude of sins, & [sho]uld [. . .] influence in the changed feelings of [. . .] its author. The Wisdom and the resolu[tion] to give scope to its operation by a frank & public adoption of the example which has been thus set & a rigid and scrupl adherence to its course.

Let not however the object of this passing remark be misunderstood or misapplyed, the Republican party, a party which ^who^ are neither ashamed of its ^their^ name or conduct but [. . .] ^that has^ <just> <reason> to <exult> that the fortitude & stability has <illegible> [. . .] <trying> periods through which they have passed since their formation—who are determined that "their Barriers sh although their <door> ^they^ are always open for the <illegible> to the honest of all parties ^are ready to cherish Virtue & patriotism in whatever garb it may appear, and but who are^ determined that ^notwithstanding^ their "barriers shall neither be broken down or troden under foot", desire no assistance from that quarter—nay, <illegible> it is a fixed article in their creed & one which will be supported with the firmness of men to ^evince their devotions to <the> our Judicial Institutions^ driving from the ranks of party those to whom the principal administration of them is committed—to compel them ["to] devote their time & attention to the studies [. . .]" that thereby they [. . .] & respect of the community [. . .] is the text to which they will adhere & in enforcing the observance of which they confidently rely on the zealous co-operation of any sound head and honest heart in the State. 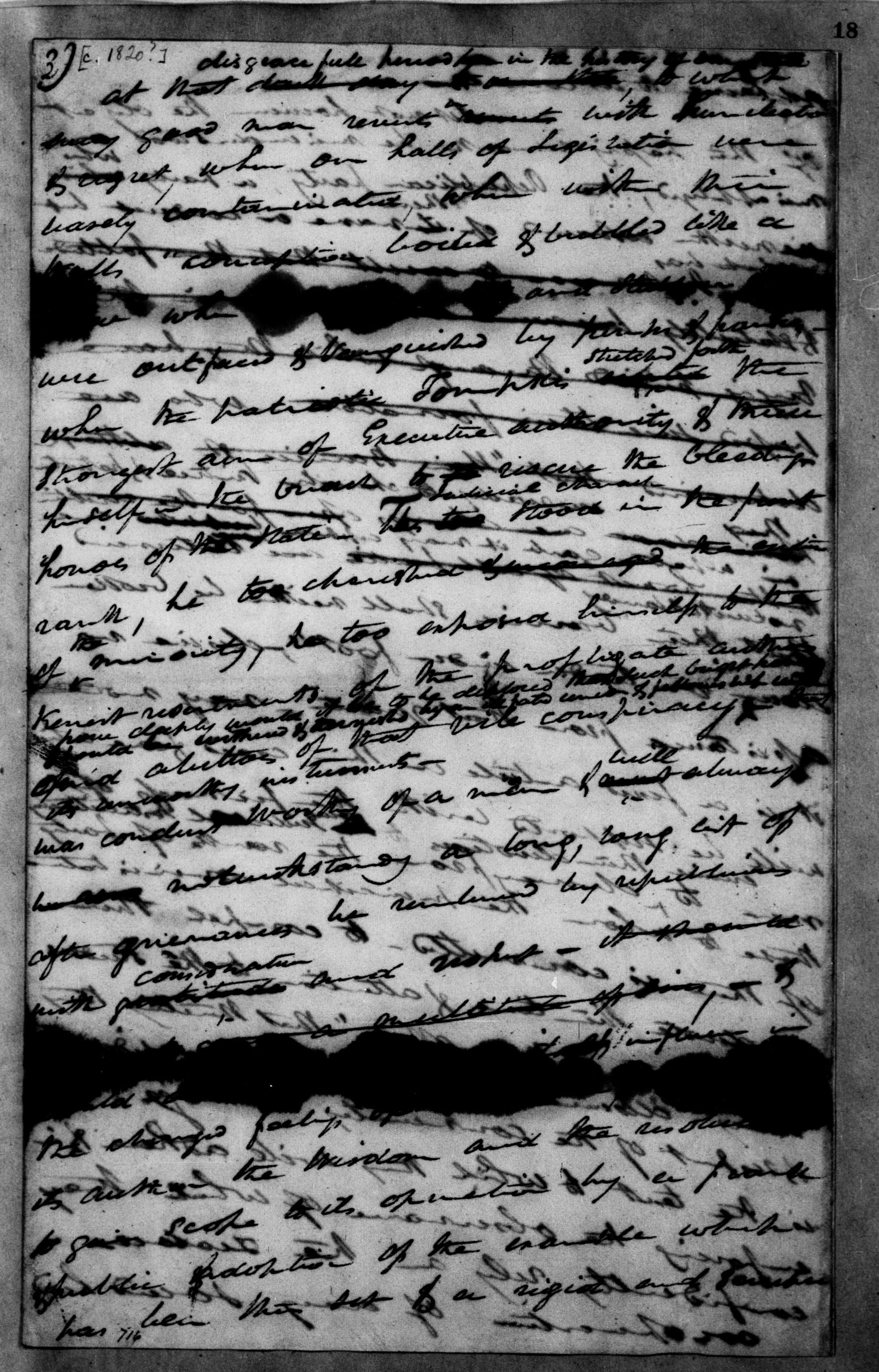 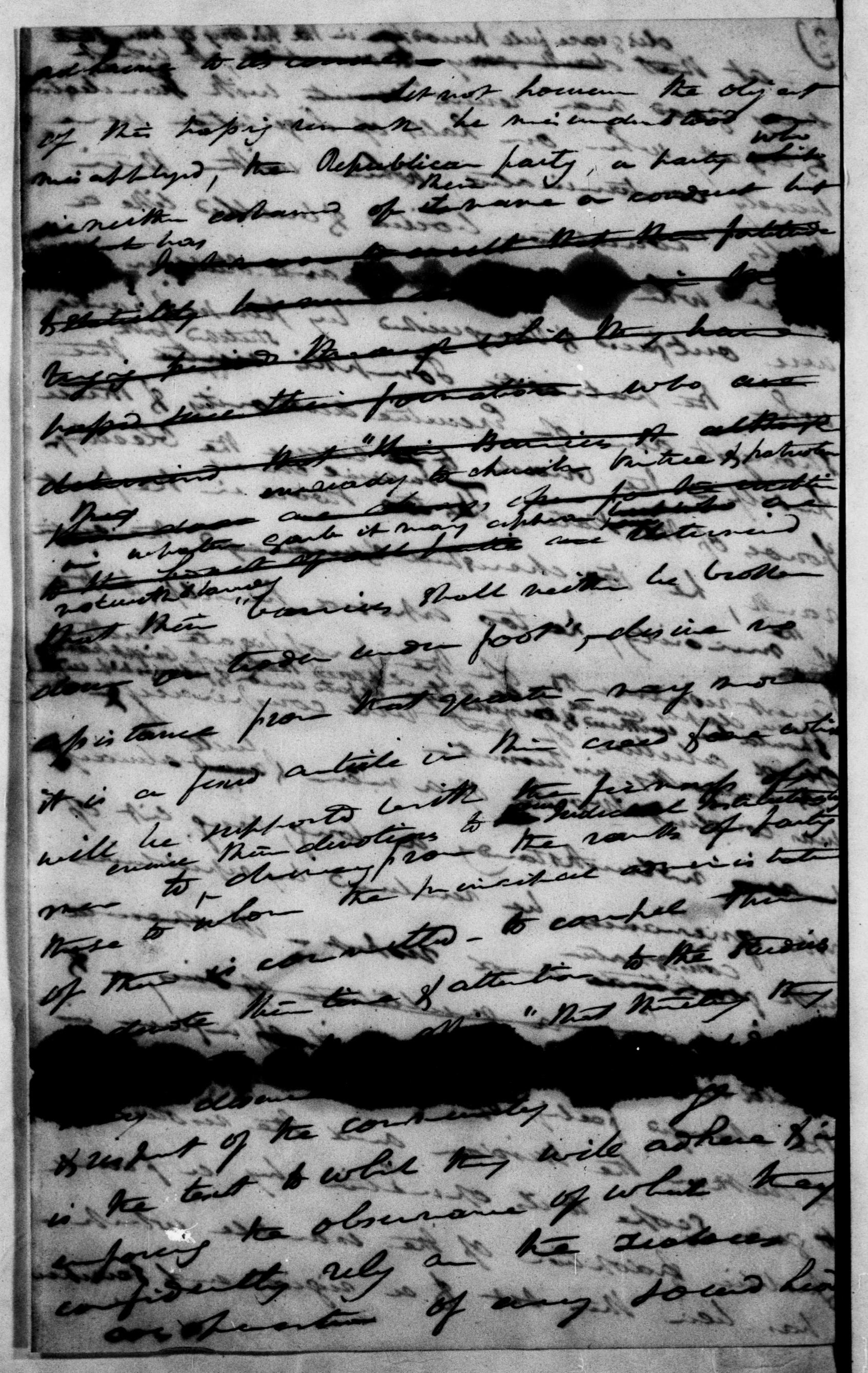 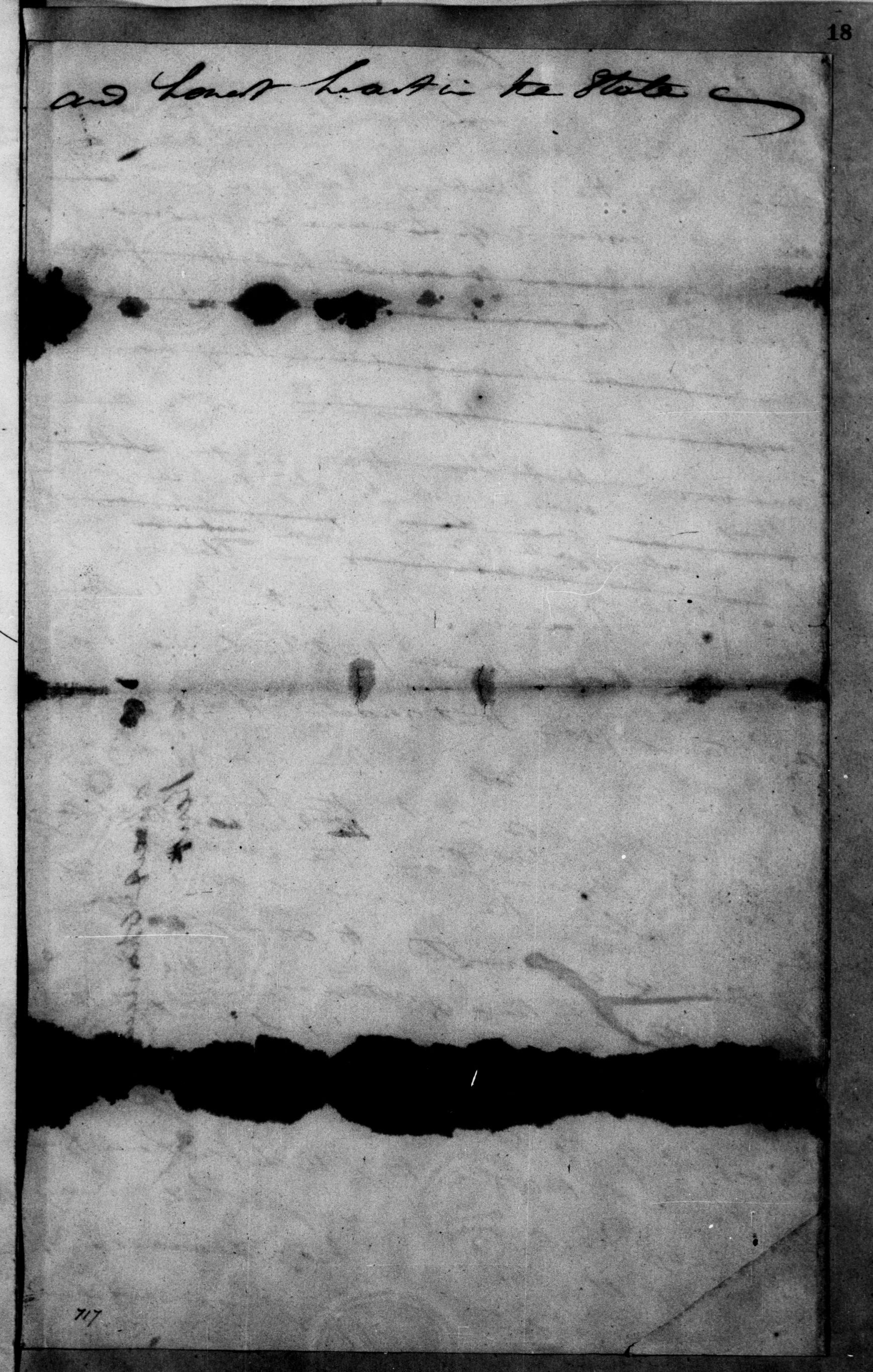 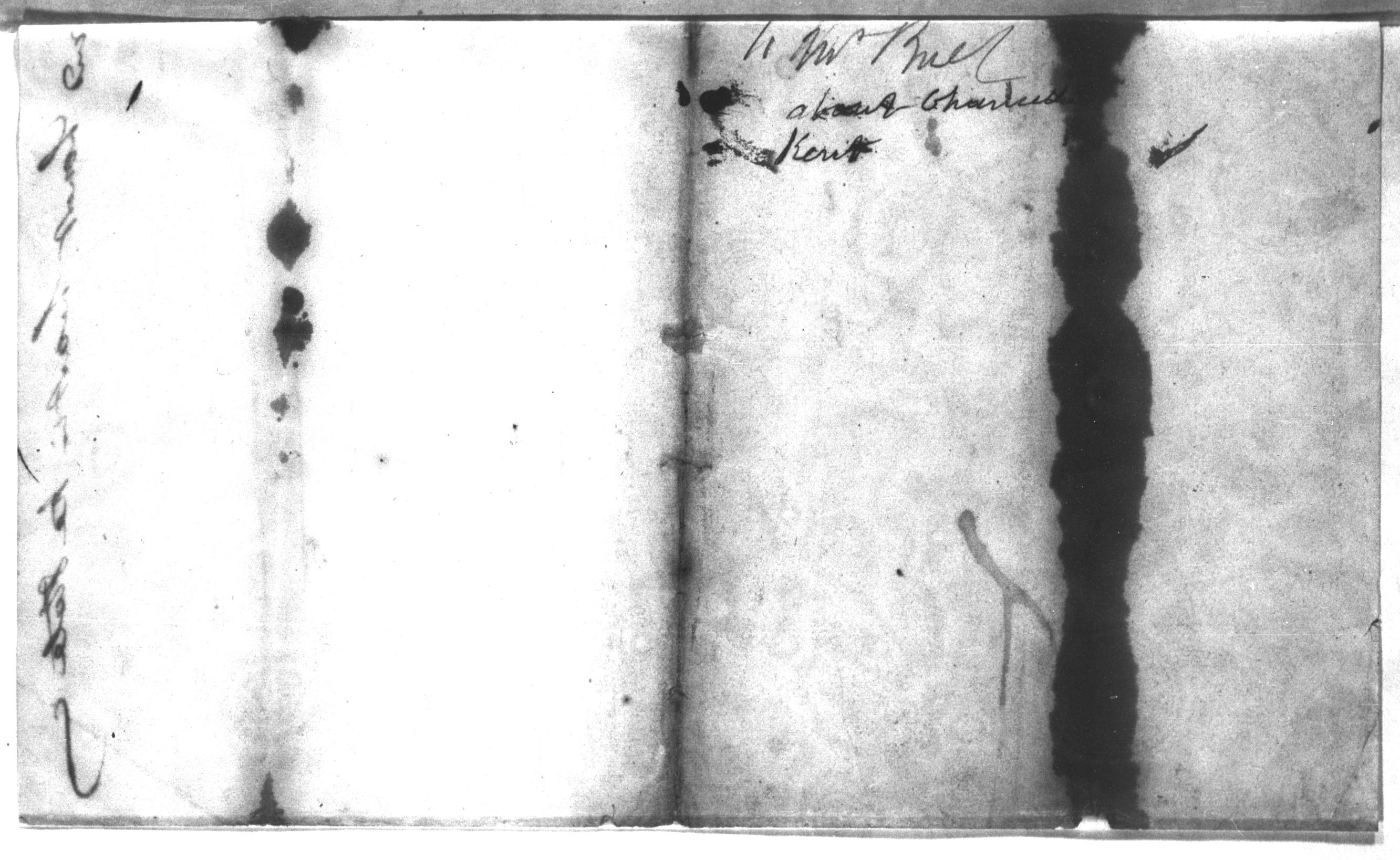