I have just received your letter of the 12th. Inst and owe you an apology for not having answered your last before this time. I have very unwell for some time past was for a fortnight unable to attend to business. This I know you will consider a sufficient apology especially as I had nothing of importance to write except what you will find in the public papers. I had received a letter from Mr Duer respecting Mr Smiths appointment and have said to the President all I could say on the subject. The progress of affairs in our State affords much conversation and inquiry. The charge made by the Governor against the General Government is one of a very singular character, and the manner in which he met the inquiry of the Senate is still more extraordinary. I am persuaded there is no colour for his charge and am at loss to conjecture, to what he can allude. I had been informed that he had said that your letter to Mr. Meigs had been shewn to the President, who had directed the removal of the postmaster. I was persuaded from what I know of the Presidents course on such subjects, that this was unfounded, but to be certain I called on the Postmaster General and made this inquiry. He informed me there was no truth in the report, and added that he never interchanged a word at any time with the President respecting any post masters in your State. In answer to your inquiry whether there is any prospect of Mr S. being sent abroad I am not able to state any thing with certainty, but my opinion is that he will not. There is no vacancy at present except at Rio Janeiro. It is not unlikely that Mr Gallatin may return in the Spring. But I think both these places will be filled with by others. On the subject of Senator nothing new has occured to me. You are much better able to Judge than I am. It depends so much upon your own personal views and feelings, connected with the local state of things in New York that it is very difficult to form an opinion without being there. You know my own personal feelings, and was I in a situation to give Judge and decide advisedly on the subject would not hesitate in giving you my advice altho you do not ask it. The Missouri question is not yet at rest. It will doubtless be revived in some other shape and what will be the result I am unable to say. It is pretty evident she will not be admitted under her present Constitution. It is not unlikely however that it may be sent back to another Convention with perhaps a conditional prospective admission if she expunges the objectionable parts. There are designing men, who intend to make something out of it if possible but I hope and trust they will be frustrated in their objects. 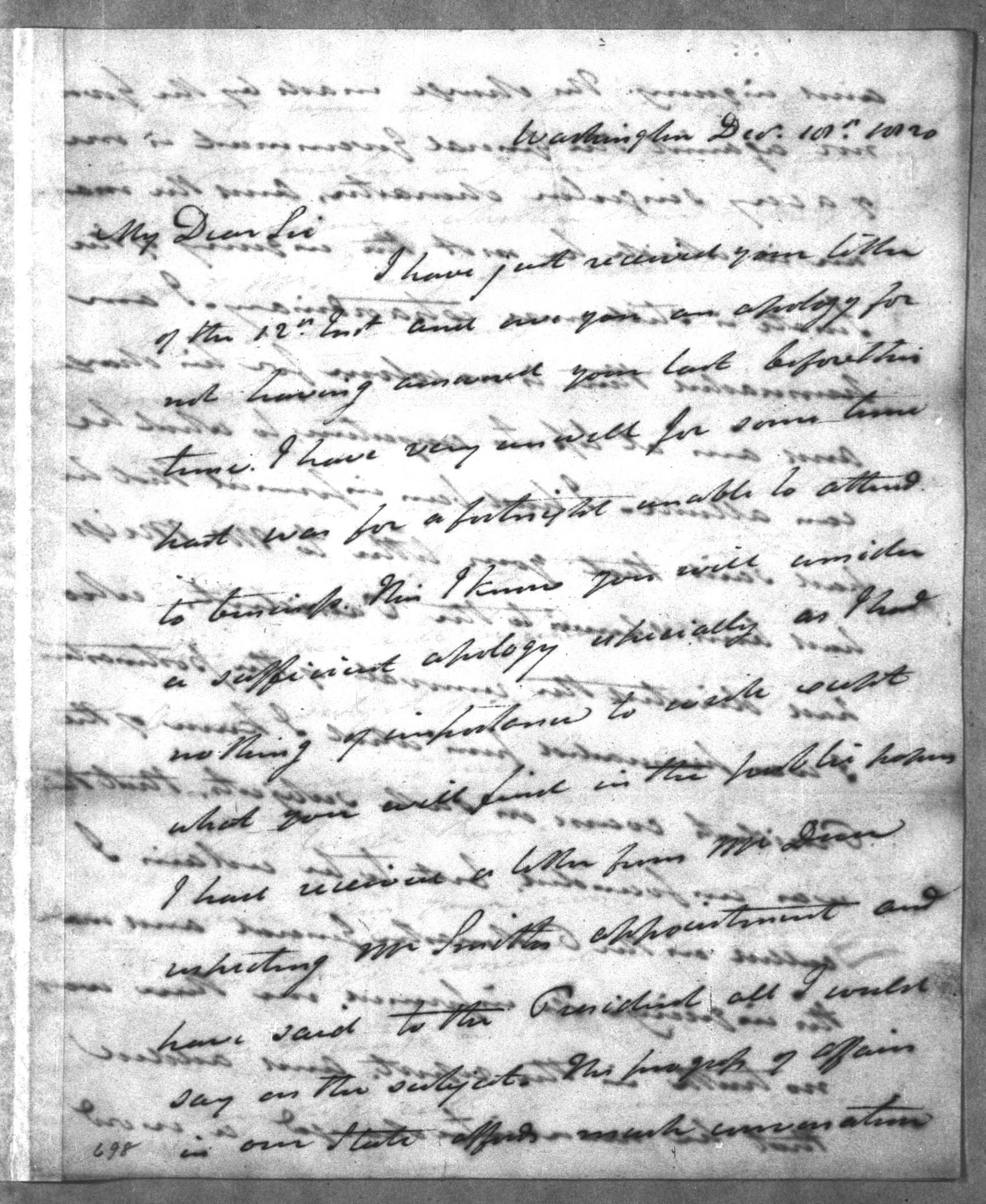 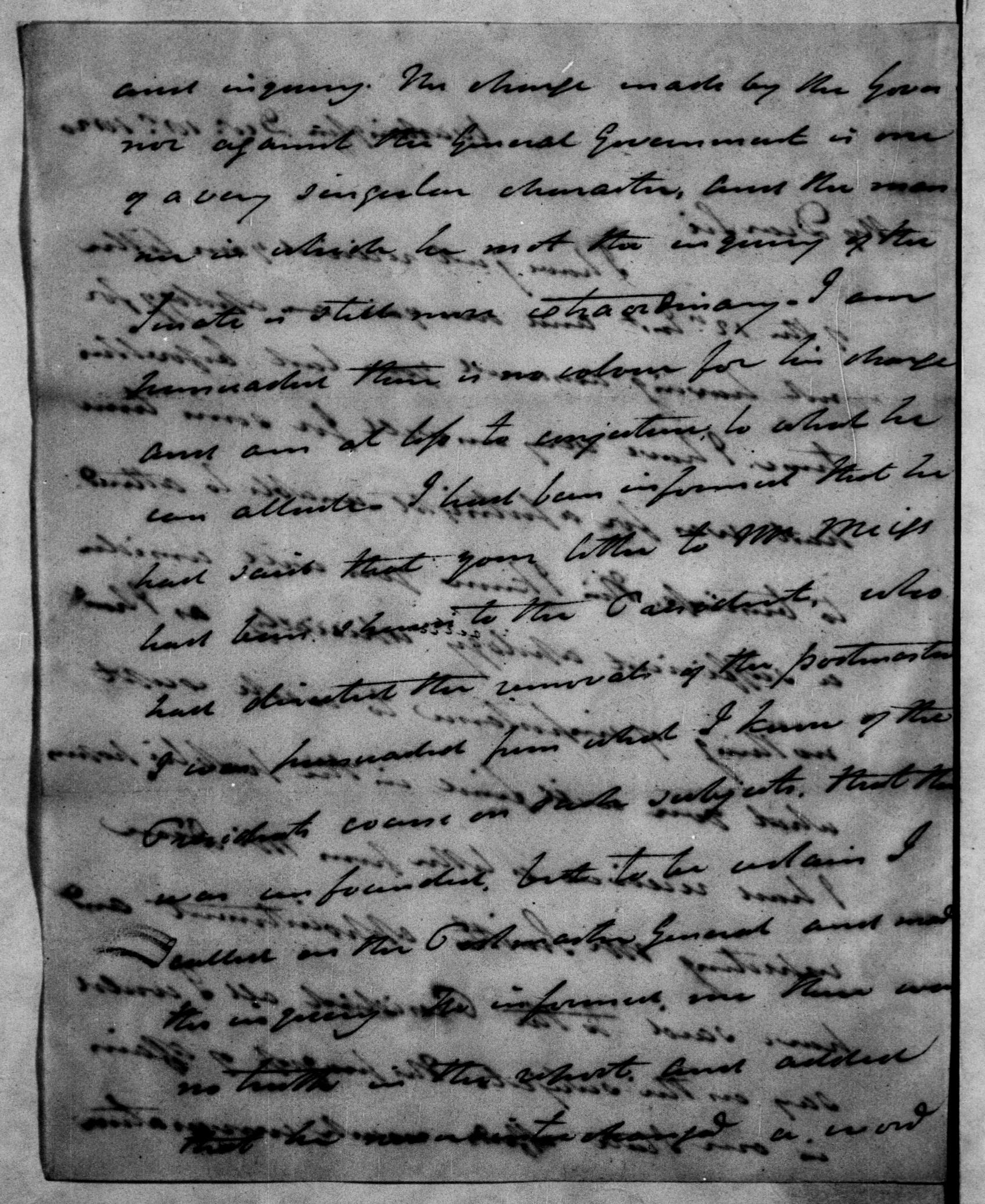 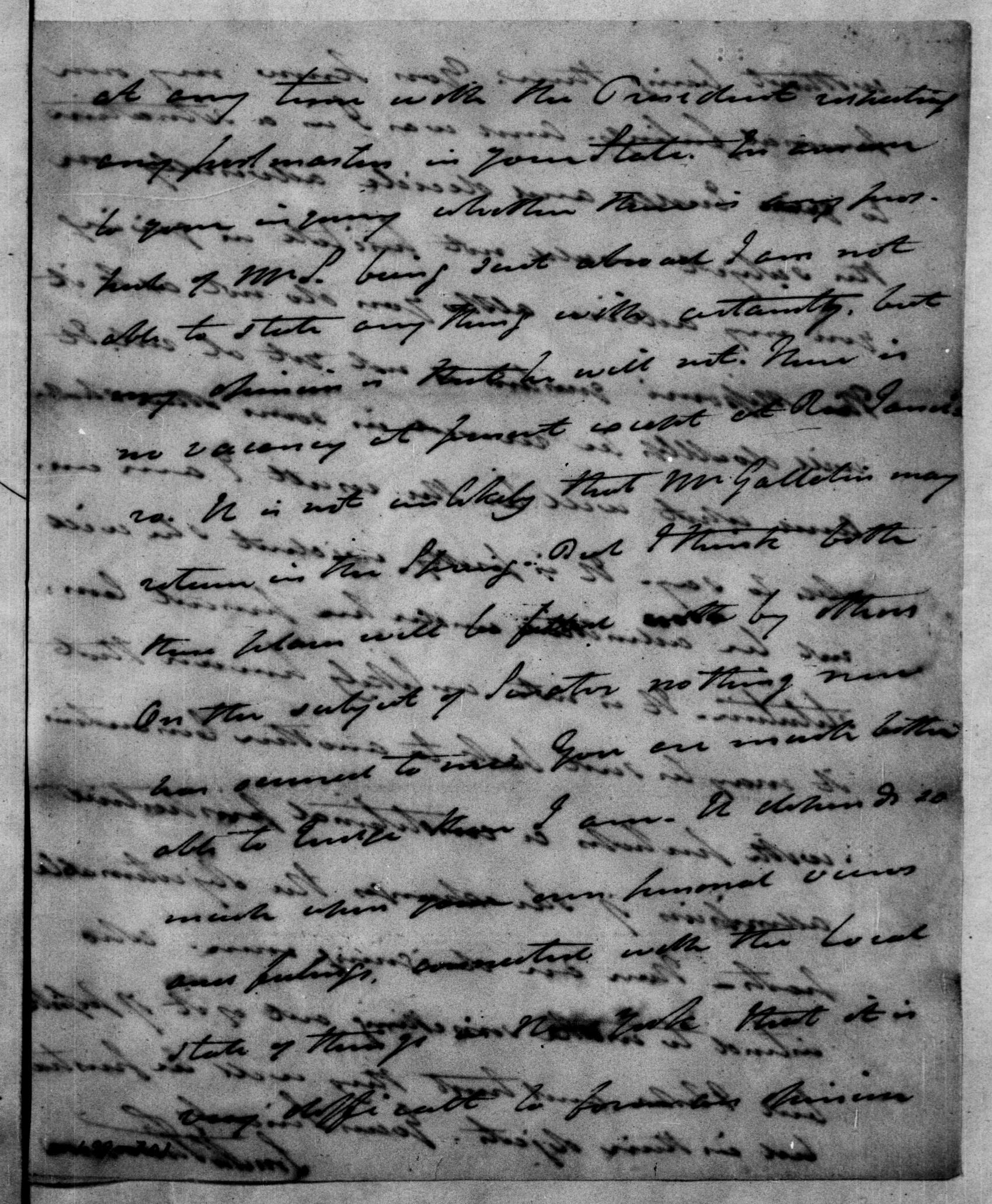 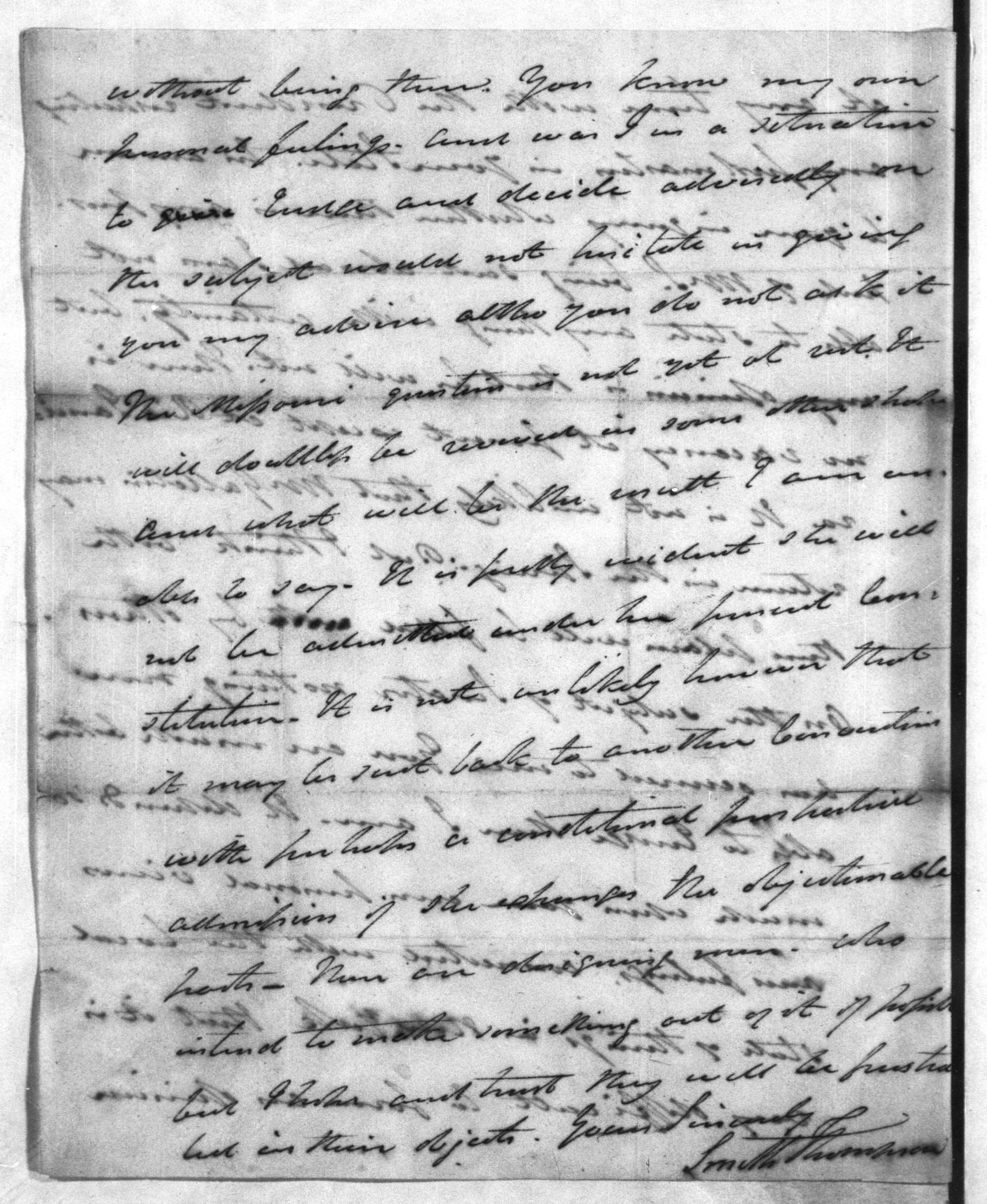 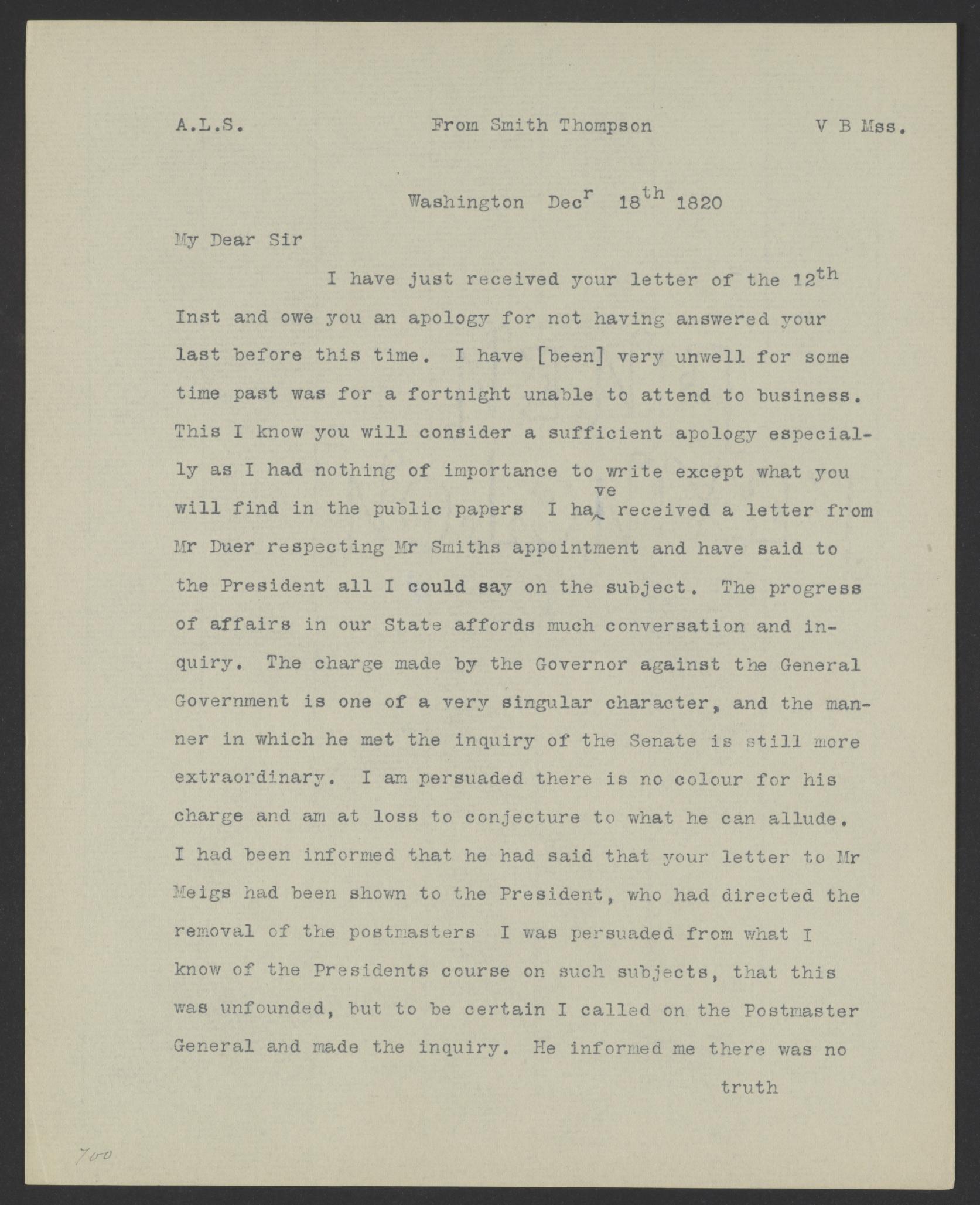 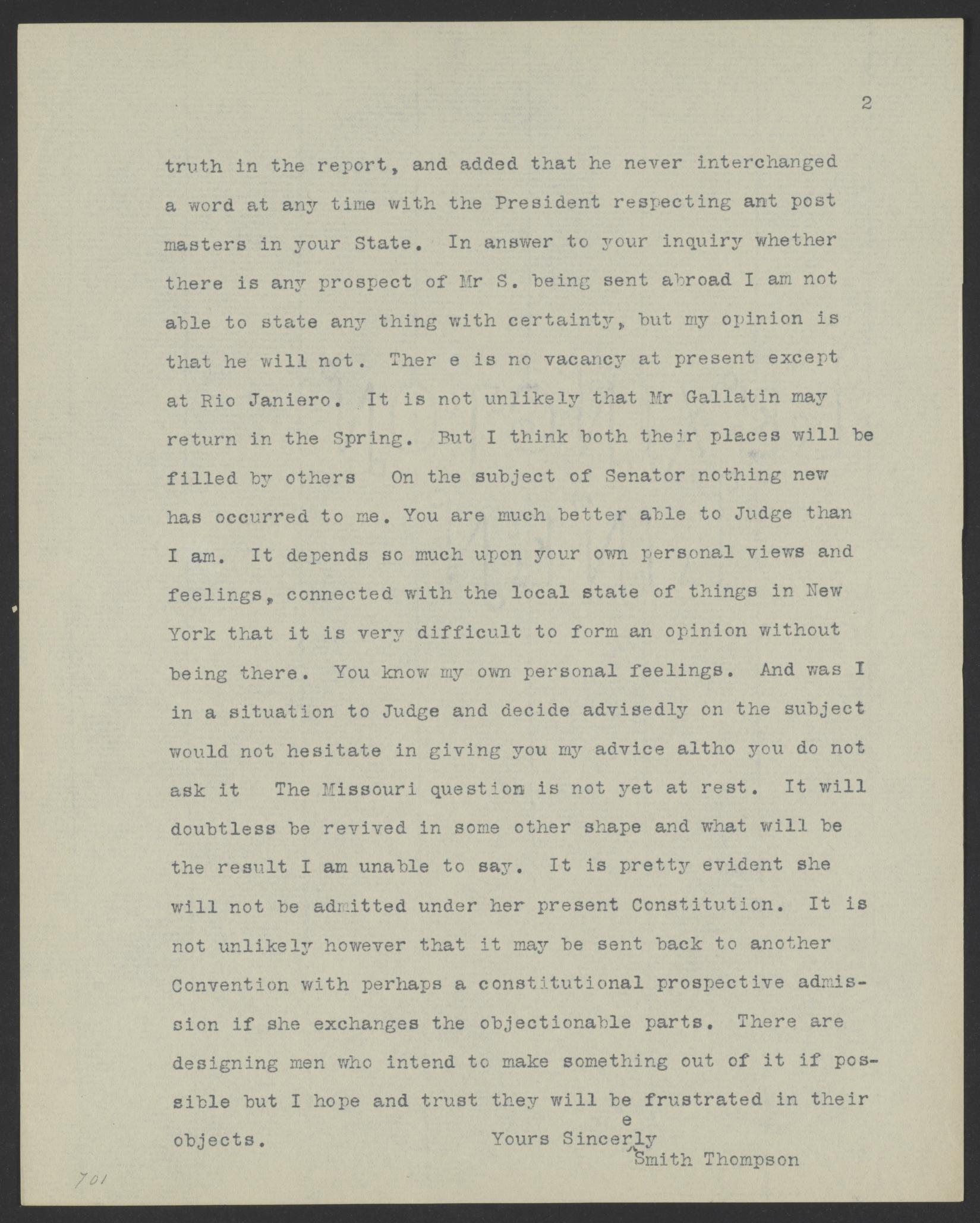