I feel gratefull for your attention to my concerns in regard t[o t]he base attack made on me in the Statesman. The last No. in that paper is so contemptible that my friends think it would unworthy of further notice, but as I cannot know when or in what shape the malice of my enemies may induce them for the want of better materials to revive the ridicul subject I wish you would copy off your second statement as it is agreed to by Mr Jones and let it be signed by him Mr Maxwell & yourself, & transmit it to me. If perfectly agreeable it would be disirable to insrt in it that having seen the publication alluded to you thought it an act of Justice to make the statement &c. I duly appreciate the delicacy of Mr Jones’ feeling towards Mr Varick they had their weight with me not having the least idea that the old gentleman meant to impute to me any thing dis honorable & believing that no one could read his letter without being sensible of that the old gentleman was too fa[. . .] to render altercation with him [pr]ofitable or otherwise than painfull. I thought I pursued the course in regard to him which under the circumstances was most proper, and having been treated very handsomely by the old gentleman in my controversy with the Kane, I should regret the absolute necessity of treating him in a ma[nn]er different from what I have done. In haste 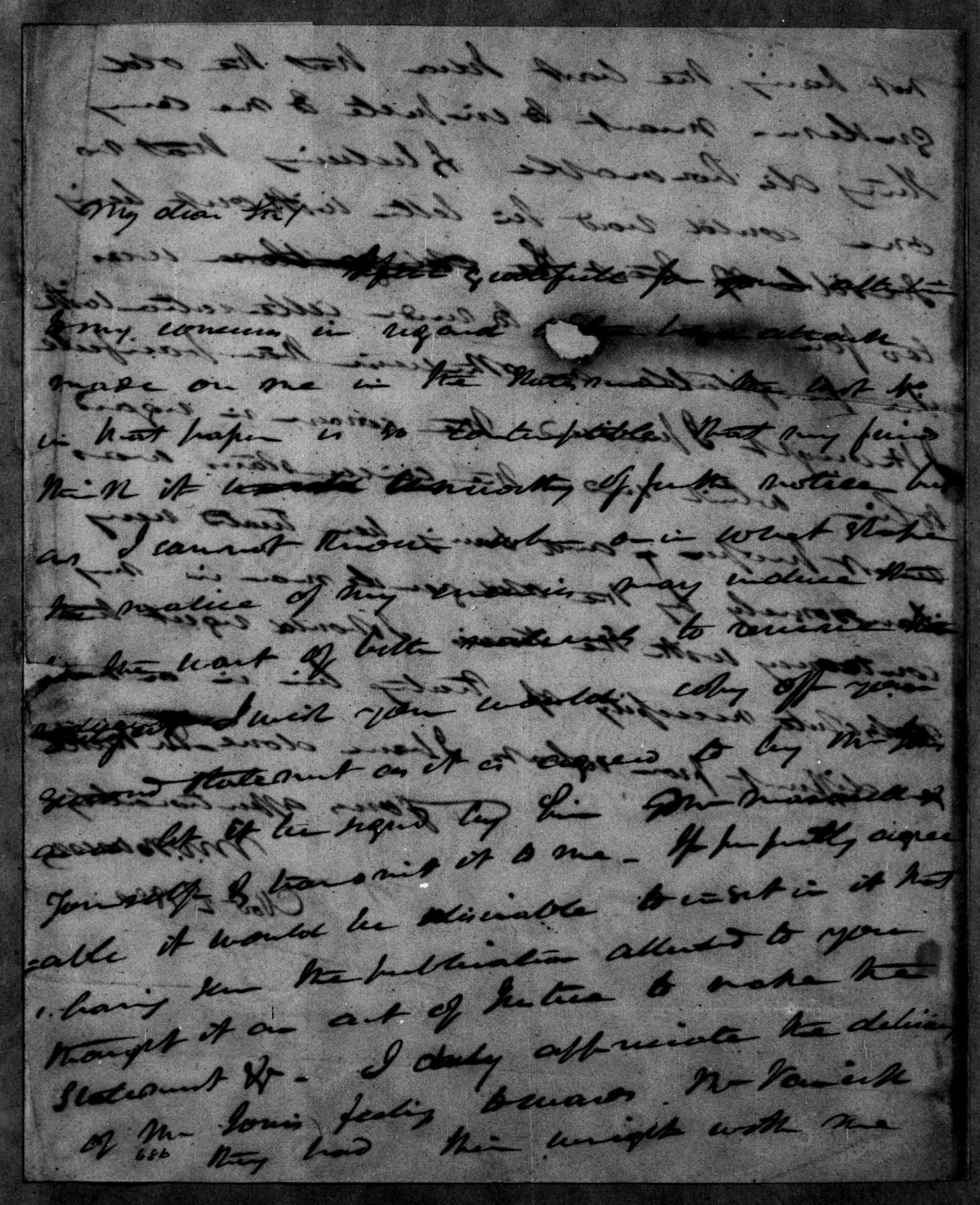 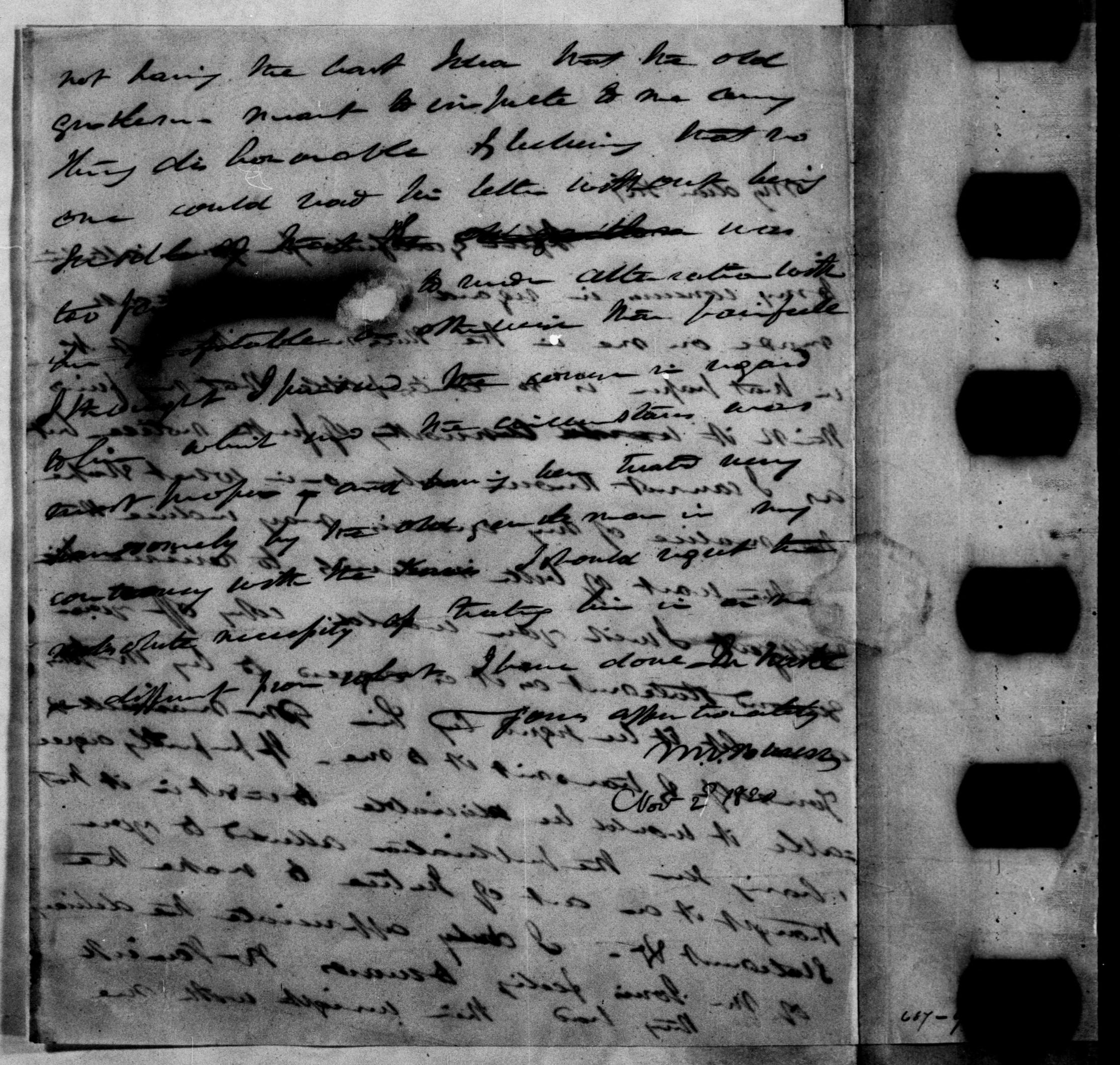 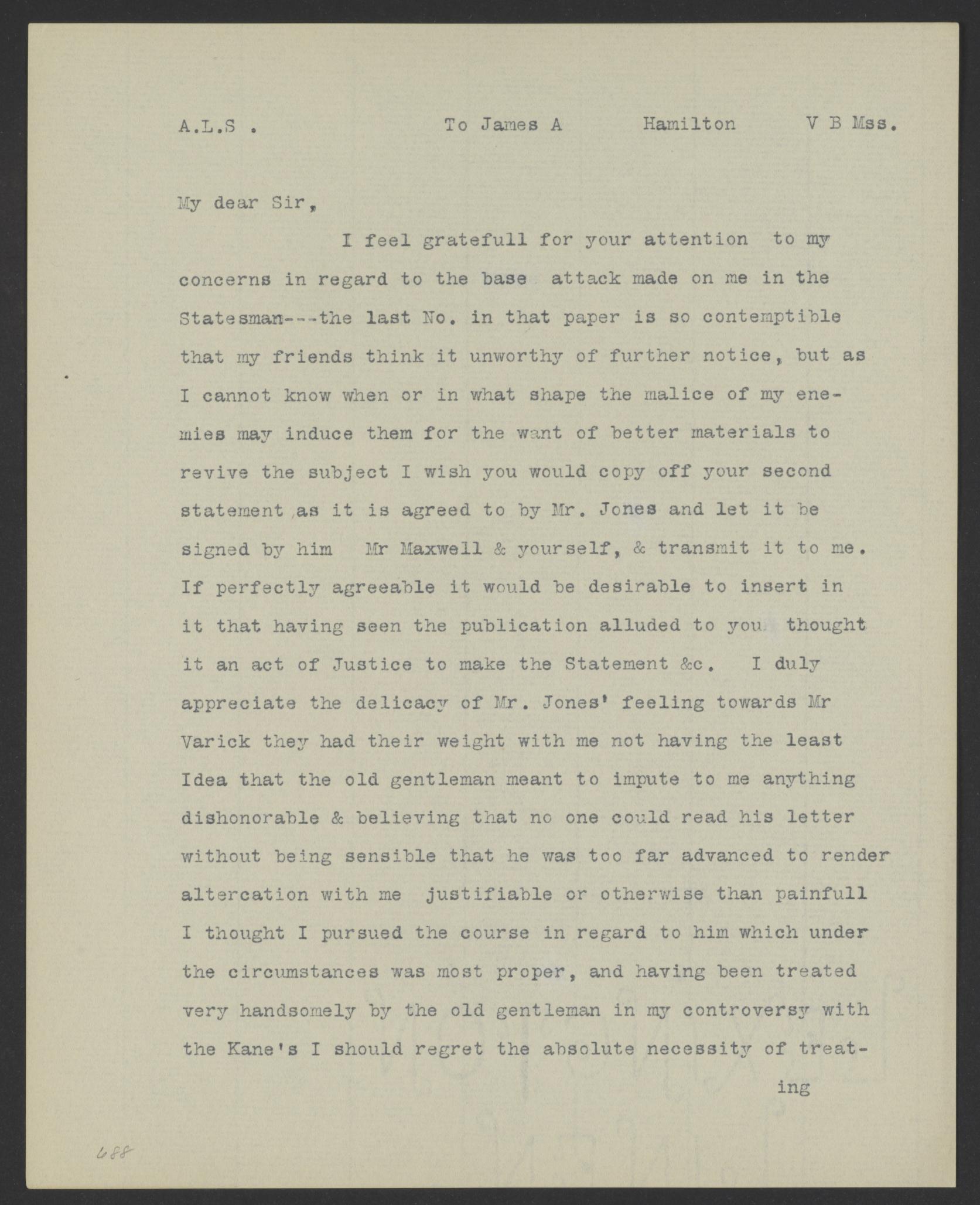 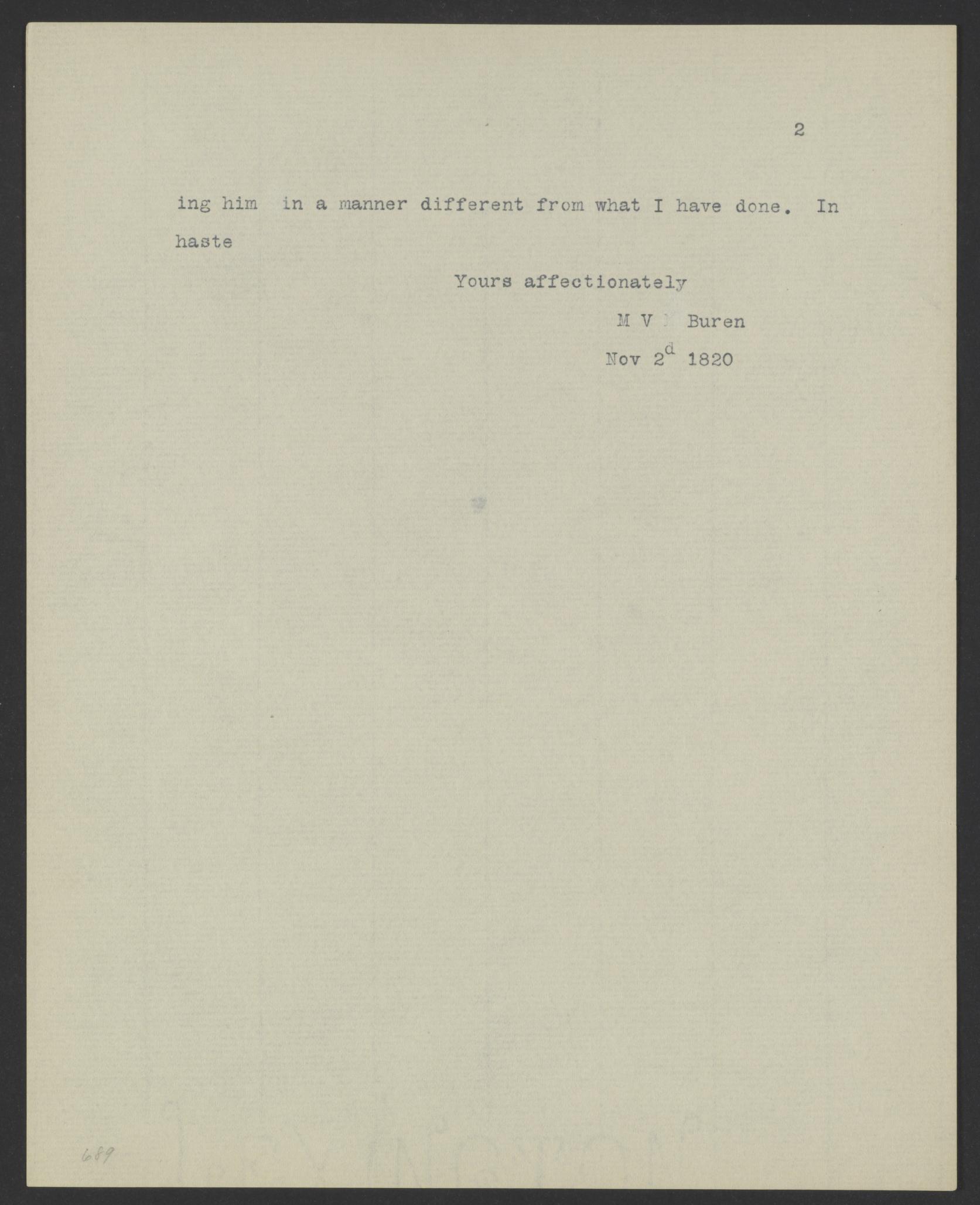