The charges made against Martin Van Buren Esqr on the management of the Cause of the People against John W. Thorn, Valentine N. Livingston & Henry D. Tracy, in an article signed one of the People & published in the Statesman of the 13th instant are unfounded.

We as Counsel associated with Mr. Van Buren (then Atty Genl) concurred with him in the propriety of abanding the prosecution after the Court had rejected the confession; believing (as we now believe) that without that testimony there was not sufficient evidence to convict the accused. 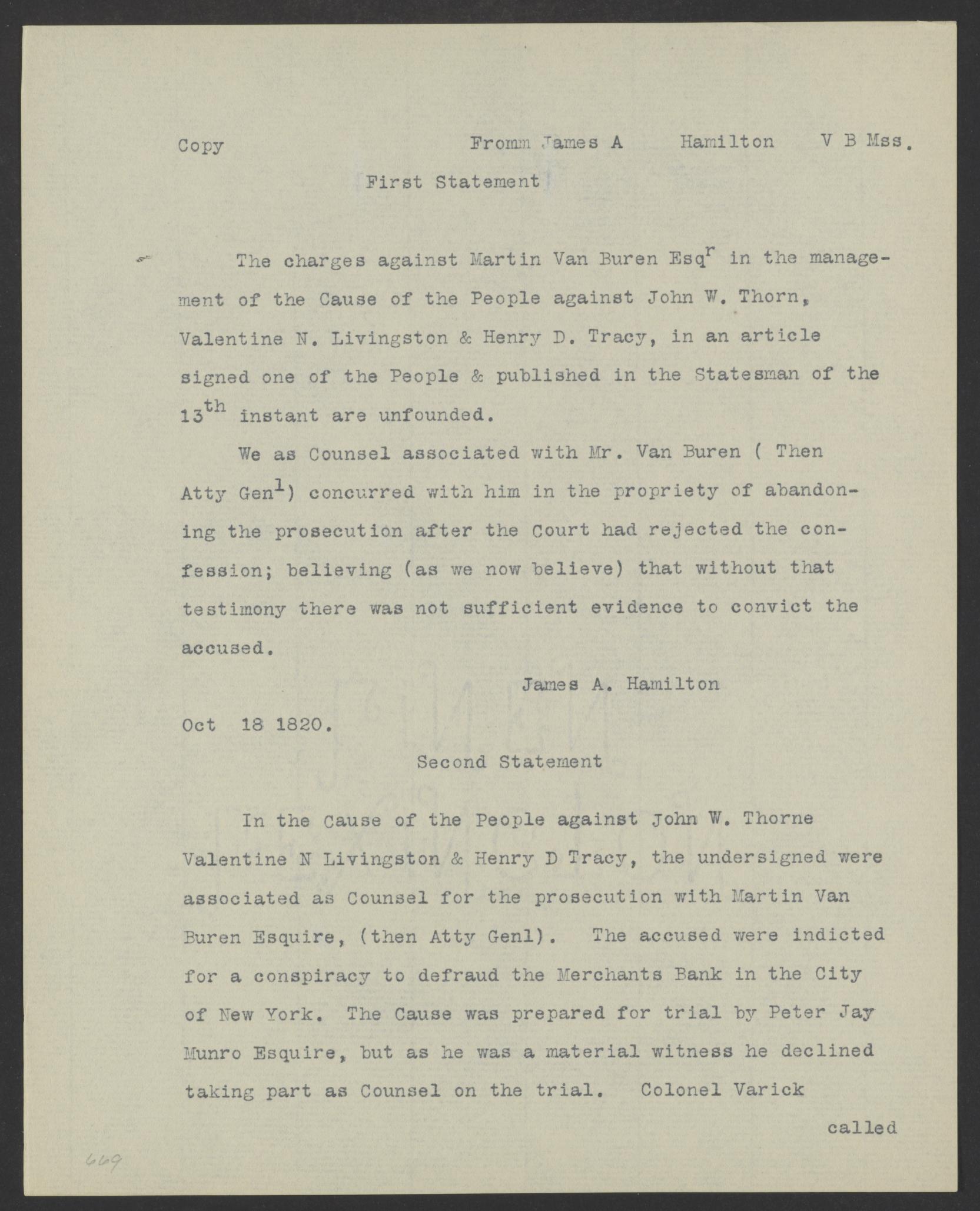