The above are copies of the Statements I prepared and presented to the Counsel associated with yo in the Cause referred to in them for their Signatures. Mr Jones objected to signing the first because it brought him into conflict with the letter of Mr Varick as to whom he was delicately situated then having been a long and intimate friendship between his father and Mr. V. The second he was willing to put his name to if the words ("as we now believe") were obliterated he objected to these words concurring they would have the same effect for the same reasons and because he considered them unnecessary But he at the same time declared and authorised me <illegible> to say to you (not to be published) that the charges referred to was are without a shadow of foundation

I shall set off for Boston on Wednesday and therefore cannot offer you my service any further in this affair but any thing that is necessary to your complete exculpation for this groundless calumny you may ^that I can^ do is certinely at your service I make this offer independently of the regard I entertain for you but as [. . .] I owe to every professional gentleman under like circumstances with whom I may be associated.

Mr Maxwell desires me to say that he concurs in what is said by me with regard to the statements JAH. 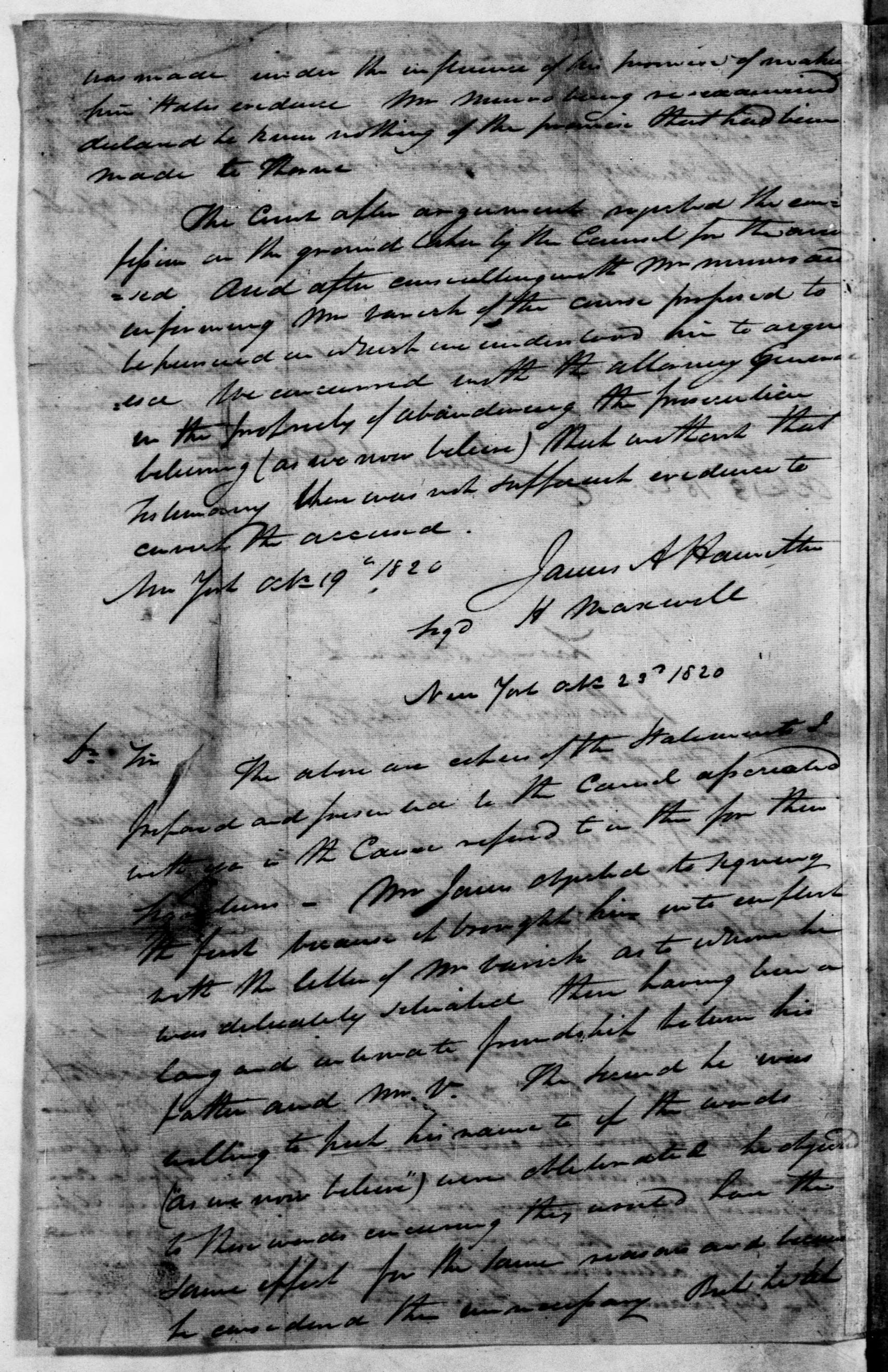 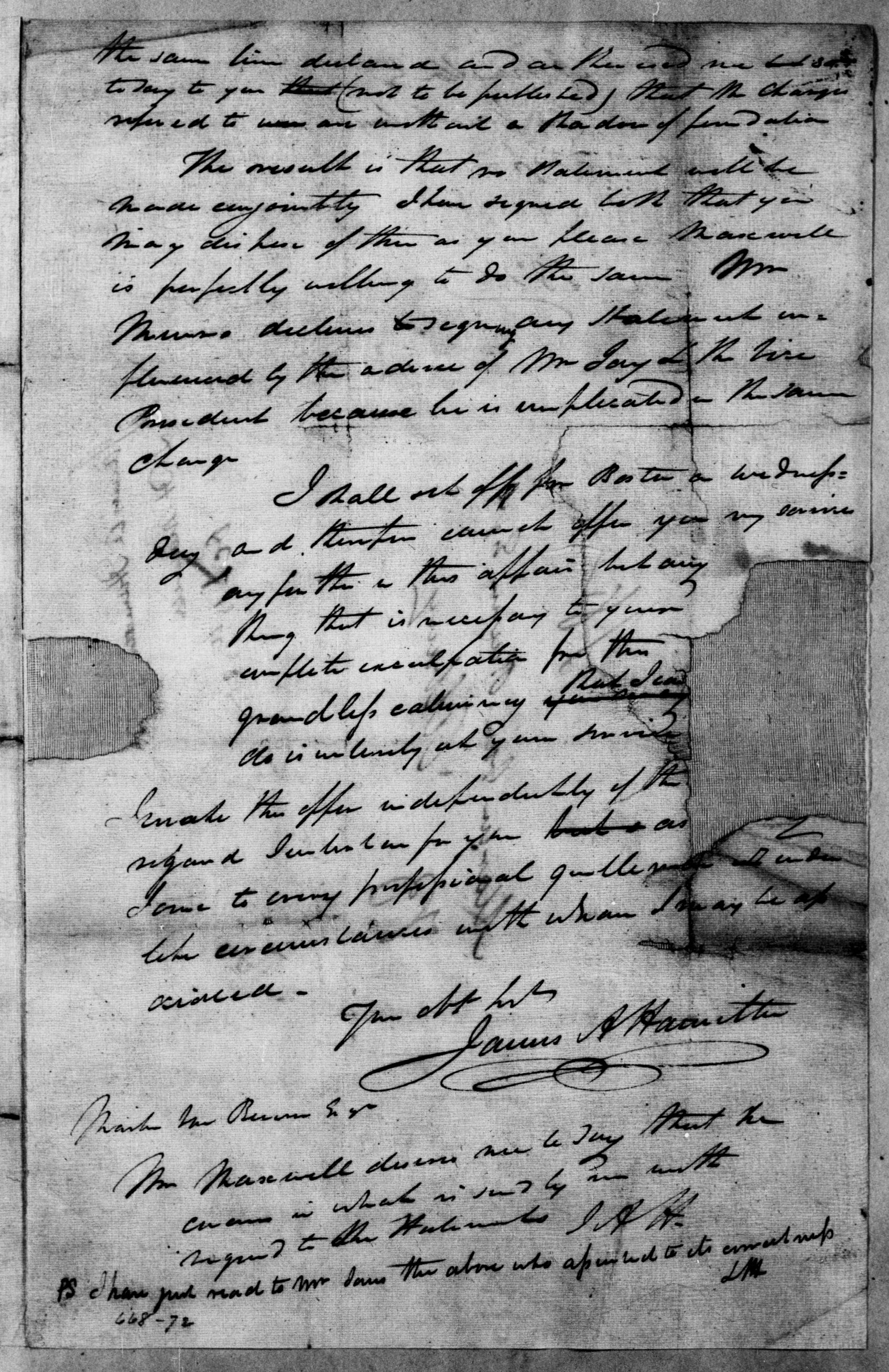 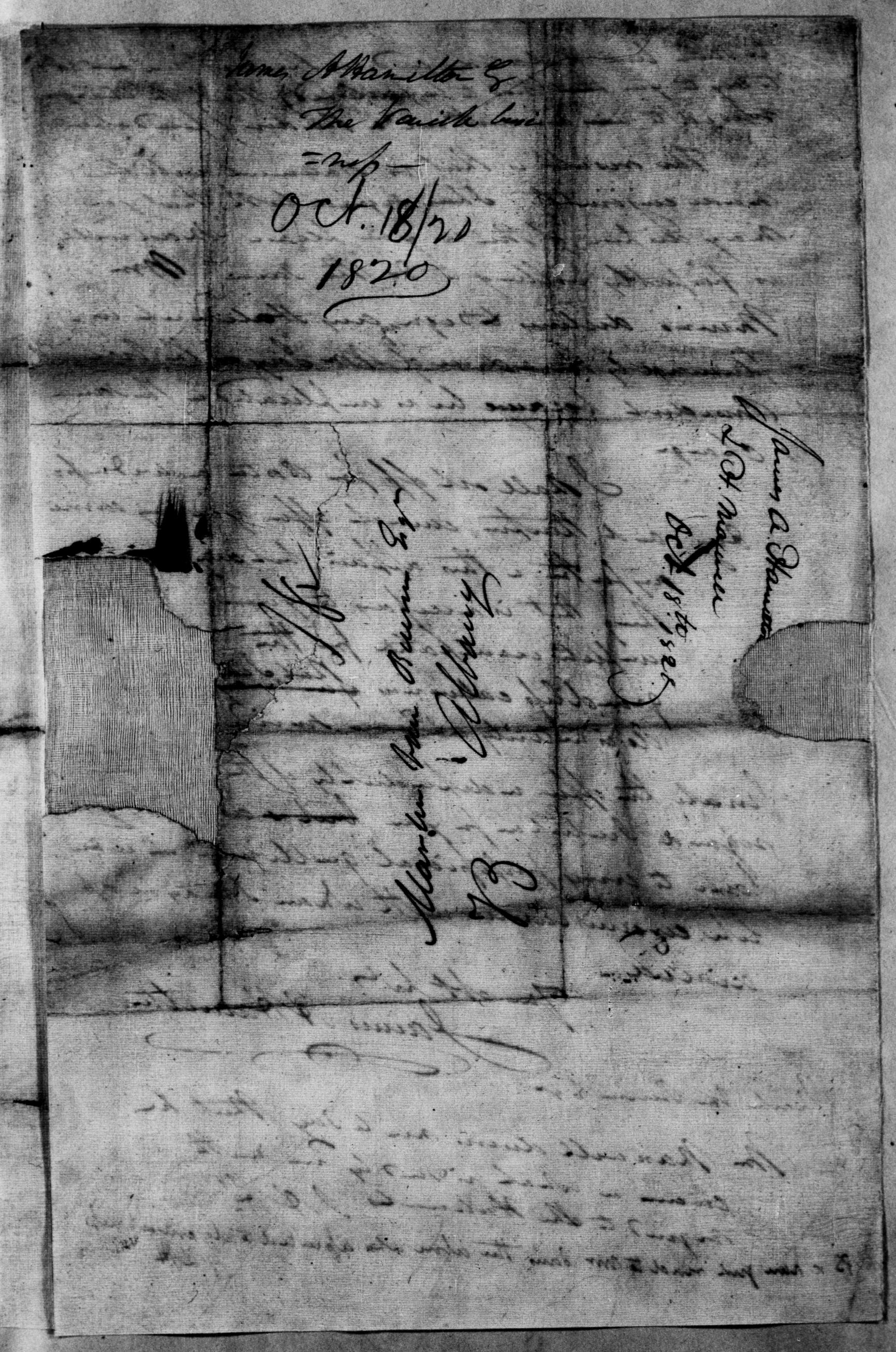 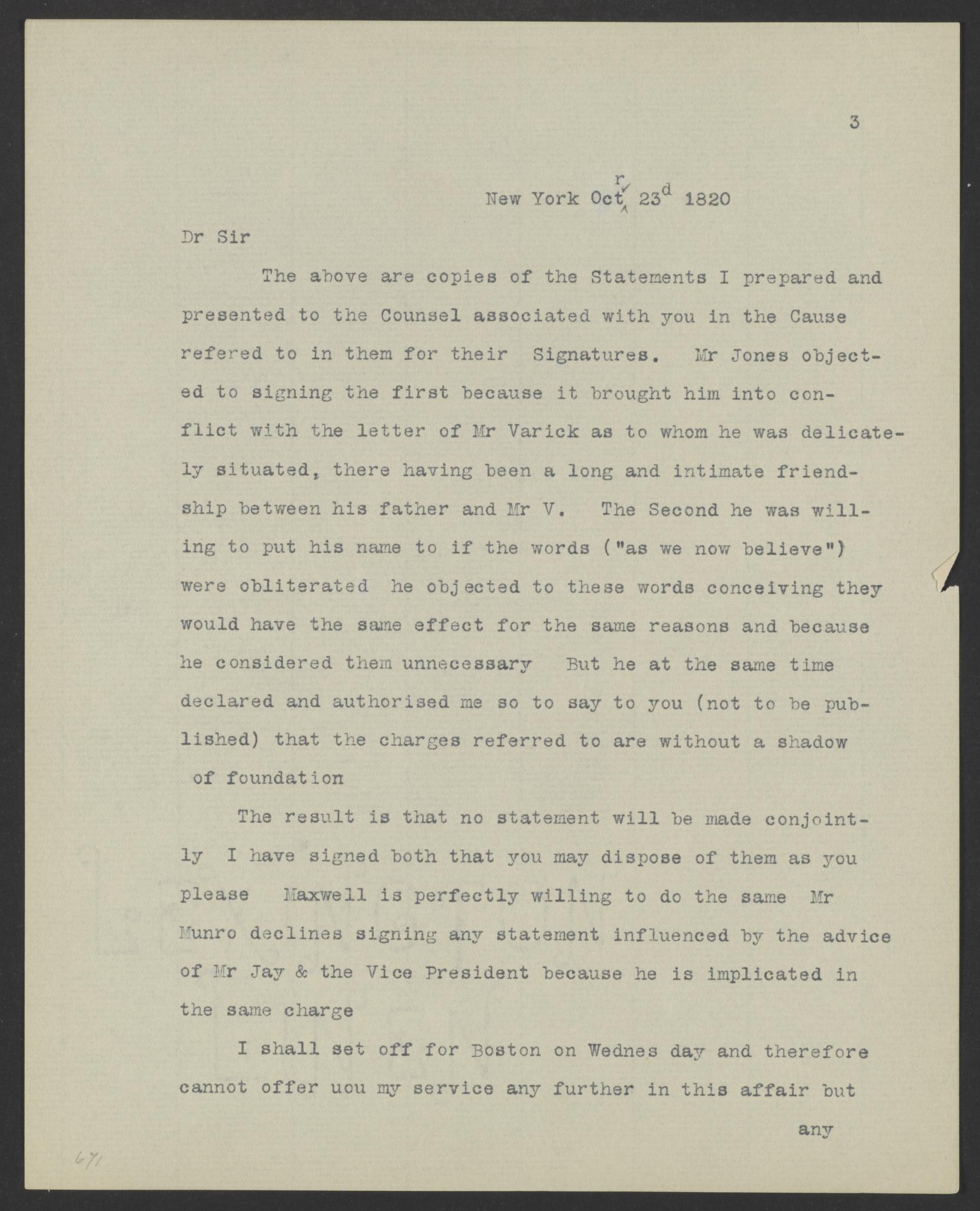 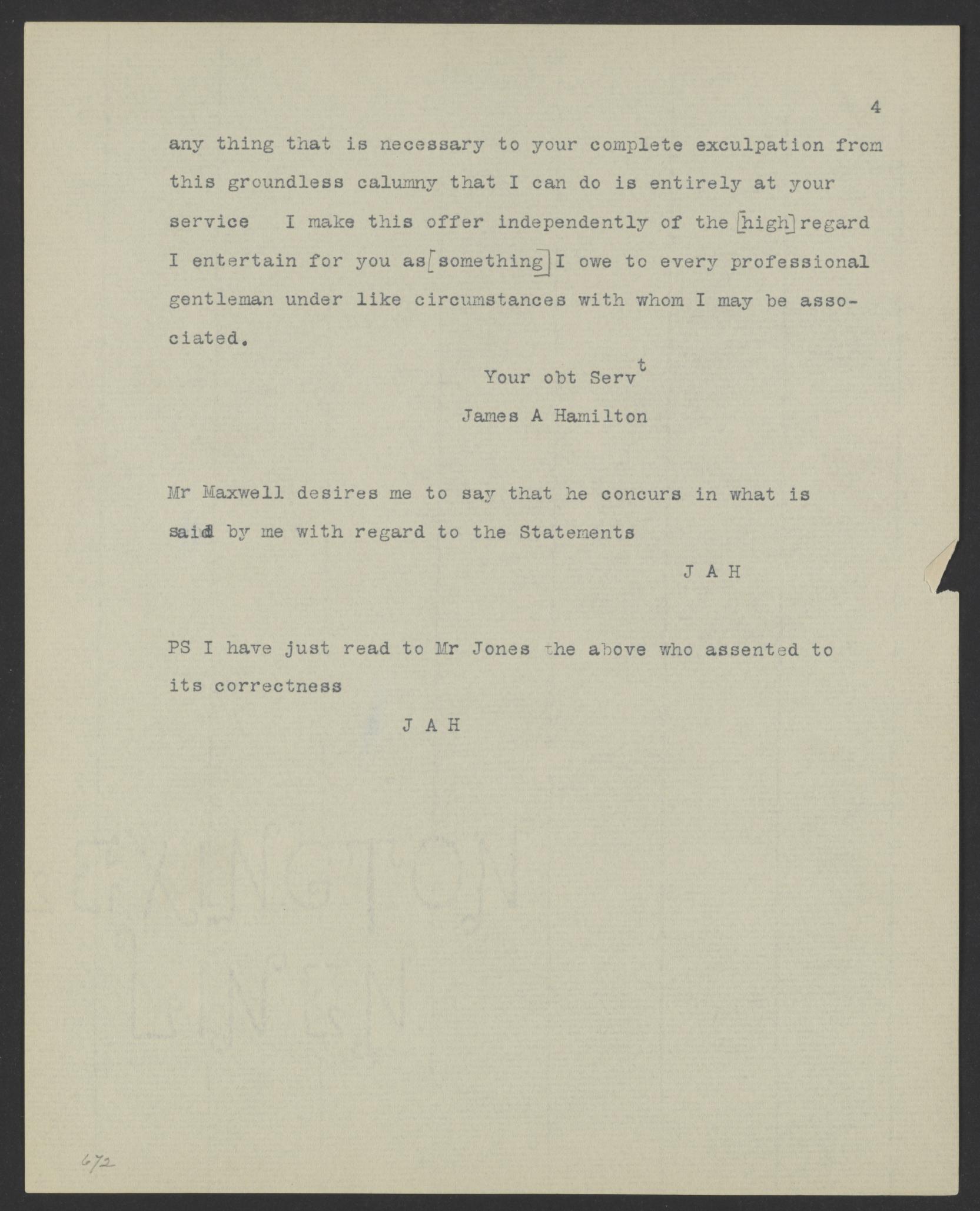