An election of a chief magistrate for this state of more than ordinary interest is approaching. The Republican members of our Legislature have nominated Daniel D. Tompkins as their candidate for that station. A leading motive (independent of his fitness for the station) which has induced to this selection, was a strong desire in the people of this state, to renew the expression of their gratitude for the distinguished services rendered to his country by the Vice President during the late war—a war by the successful prosecution and honorable termination of which the public welfare was so much promoted & our national character elevated. As the greatest efforts have been made and are making to detract from his merits in this particular, it is deemed but just by the meeting which has nominated Mr. Tomkins, that the evidence of his devotion to the cause of his country at that eventful & highly interesting period, should in its fullest extent be submitted to the people.

The difficulties, the embarrassments & the responsibilities of his situation as chief magistrate of this state in the fall of 1814 are well known. We are informed that an opportunity was at that time presented to him to extricate himself from those embarrassments with credit & honor by accepting a seat in the national cabinet tendered to him by you, but that from a consciousness of being best able to serve his country in the station confided to him by the people, he declined your flattering offer and persevered in labours from which the public cause received the greatest aid, and in consequence of which he has been subjected to the most virulent and unmerited reproaches.

As chairman of the meeting at which Mr. Tompkins was nominated, I am requested respectfully to solicit from you, for publication, a copy of the correspondence between yourself and the Vice President on this Subject.

We are not aware that any objection exists to a compliance with our wishes. Should you however think otherwise, we trust our error in this particular will be attributed to its true source—a strong solicitude to do ample justice to a citizen for whose services New York cherishes sentiments of the warmest gratitude, and for whom she is proud to acknowledge respect.

Be pleased to accept, Sir, on behalf of those from of those for whom I act, their acknowledgements of the invaluable services you have rendered to your country, and the expression of this lively solicitude for your future health & happiness.

I have the honor to be 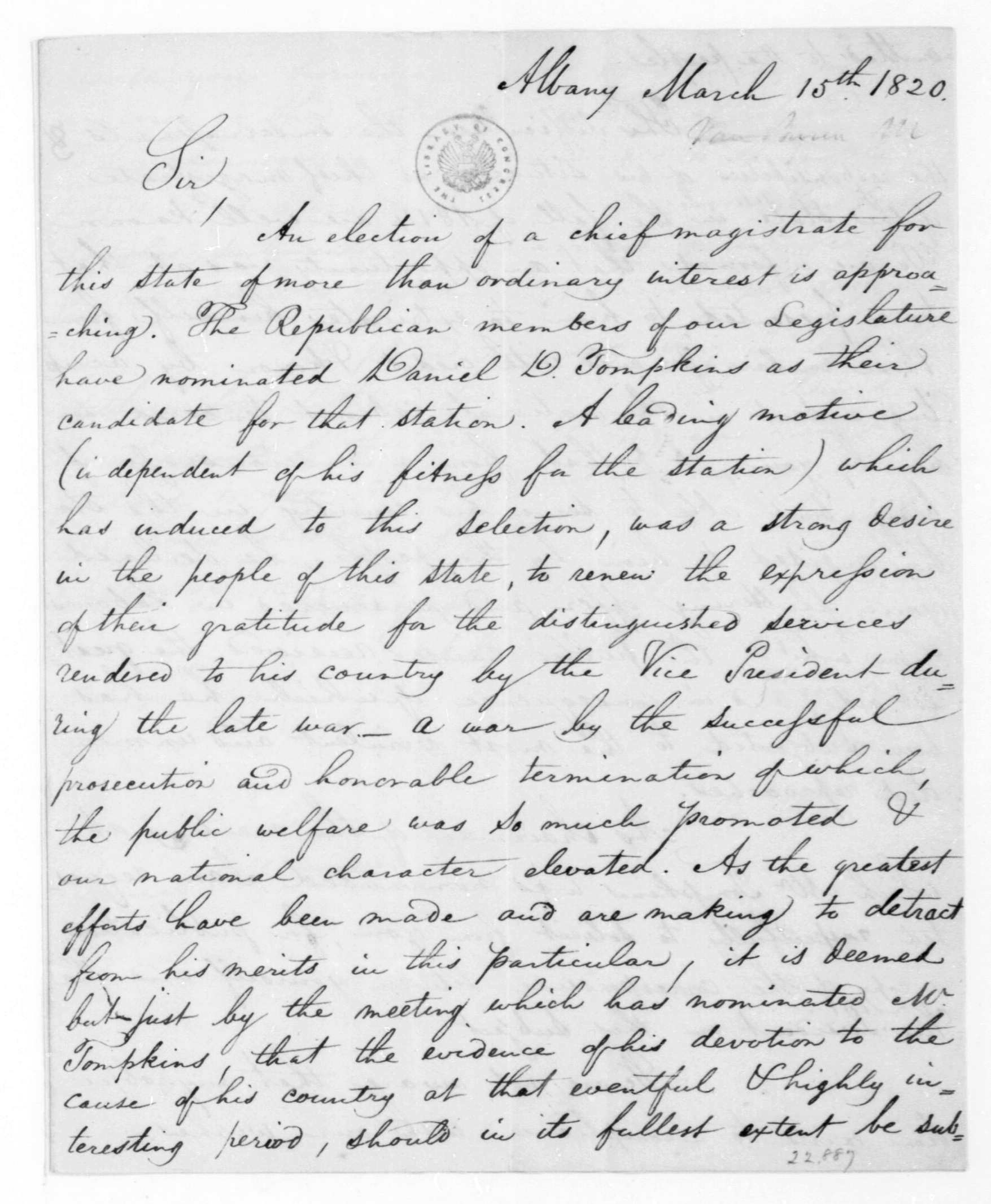 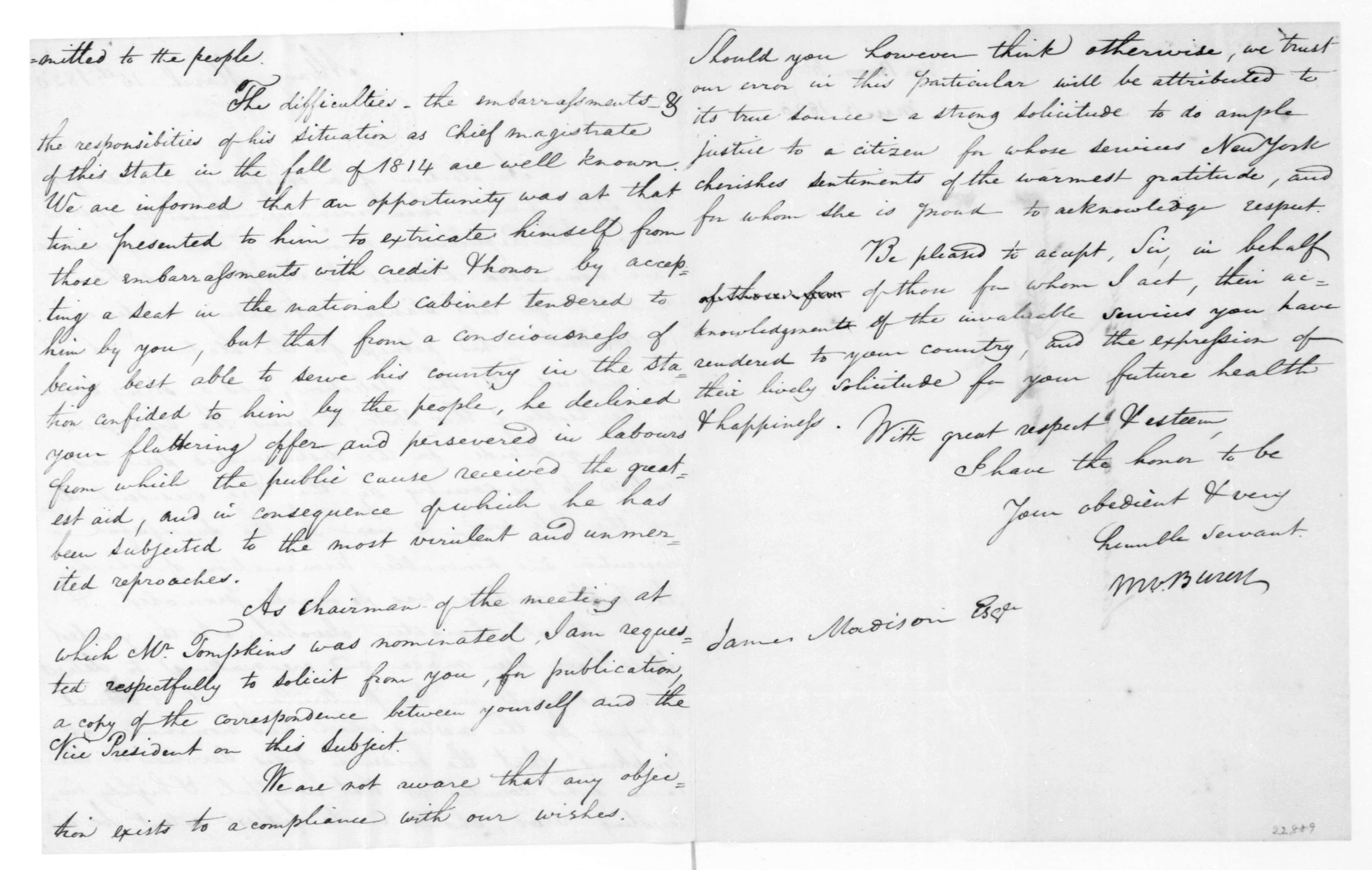 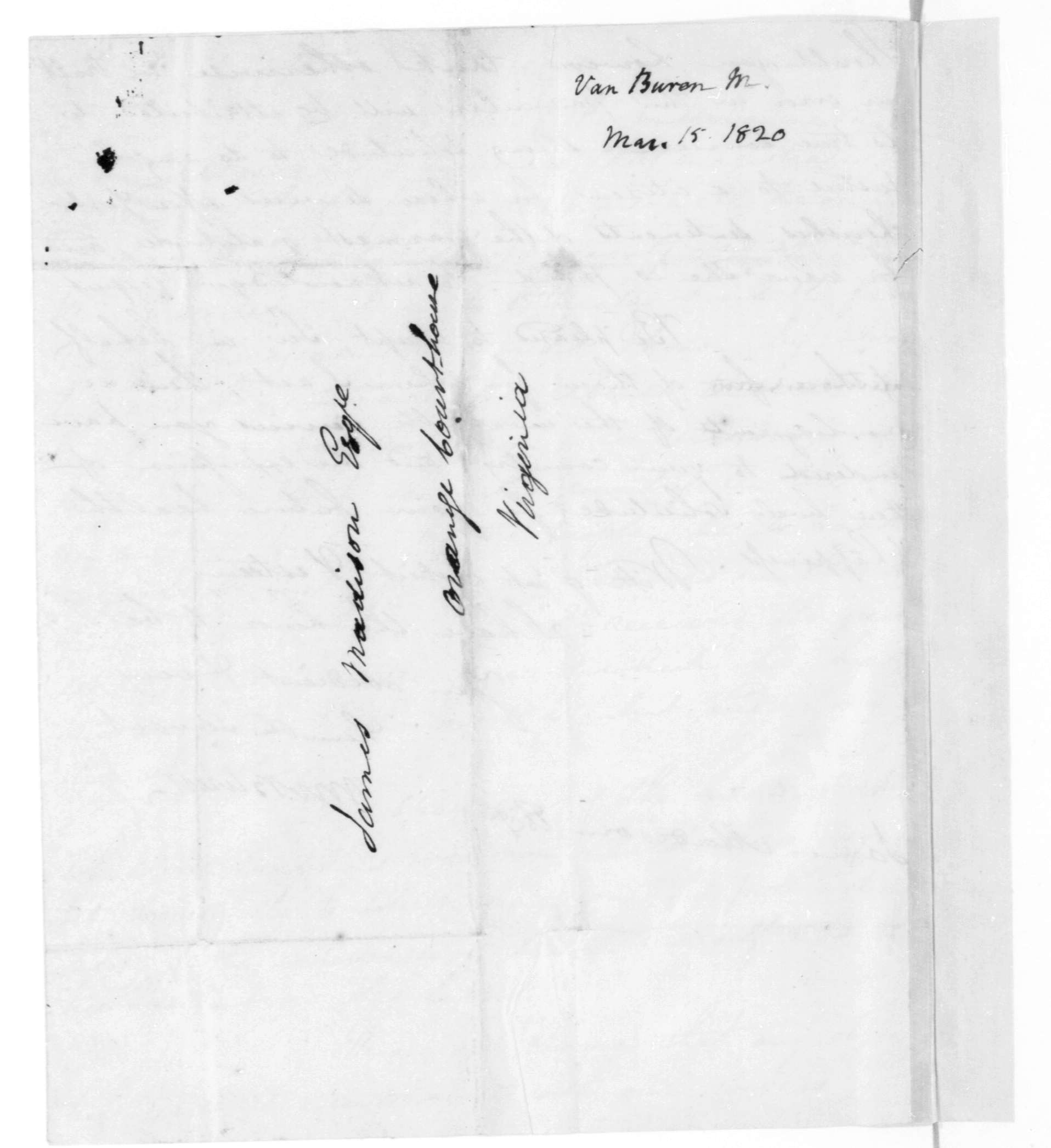