By the mail of today I received your letter of the 2d. instant. I wrote to you on the day of the V. P. departure. Since then I have seen and frankly told him what passed between the V. P. and myself; holding back nothing which occured in our conference, or the letter which I wrote to you respecting the same, or in the confidential & personal note in wh. I told you that from my conversations with the S. of the N. I had not inferred that he would decline becoming the Candidate, in case the V. P. should withdraw, and he should be nominated. He replied that he was sorry I had told you so—adding that if the V. P. shd. settle his a/c he thought he wd. succeed in removing Mr B. and if these a/cs were not settled, that the objections on that account which wd. be agt. the V. P. would also be urged against one of his friends.

I confess my apprehensions respecting the V. P. success; and my confidence in the alternative, in the principle however that was in this case the a/c of the V. P. shd be closed.

Our Missouri Question still goes on, and as we stand on Slippery Places, am afraid that some of the Restrictionists in the House will give in—especially as Massachusetts at home seems afraid, and hesistates. Farewell. I will consider whether it will be expedient to confer with the S. of the N. on the Point to wh. you refer. 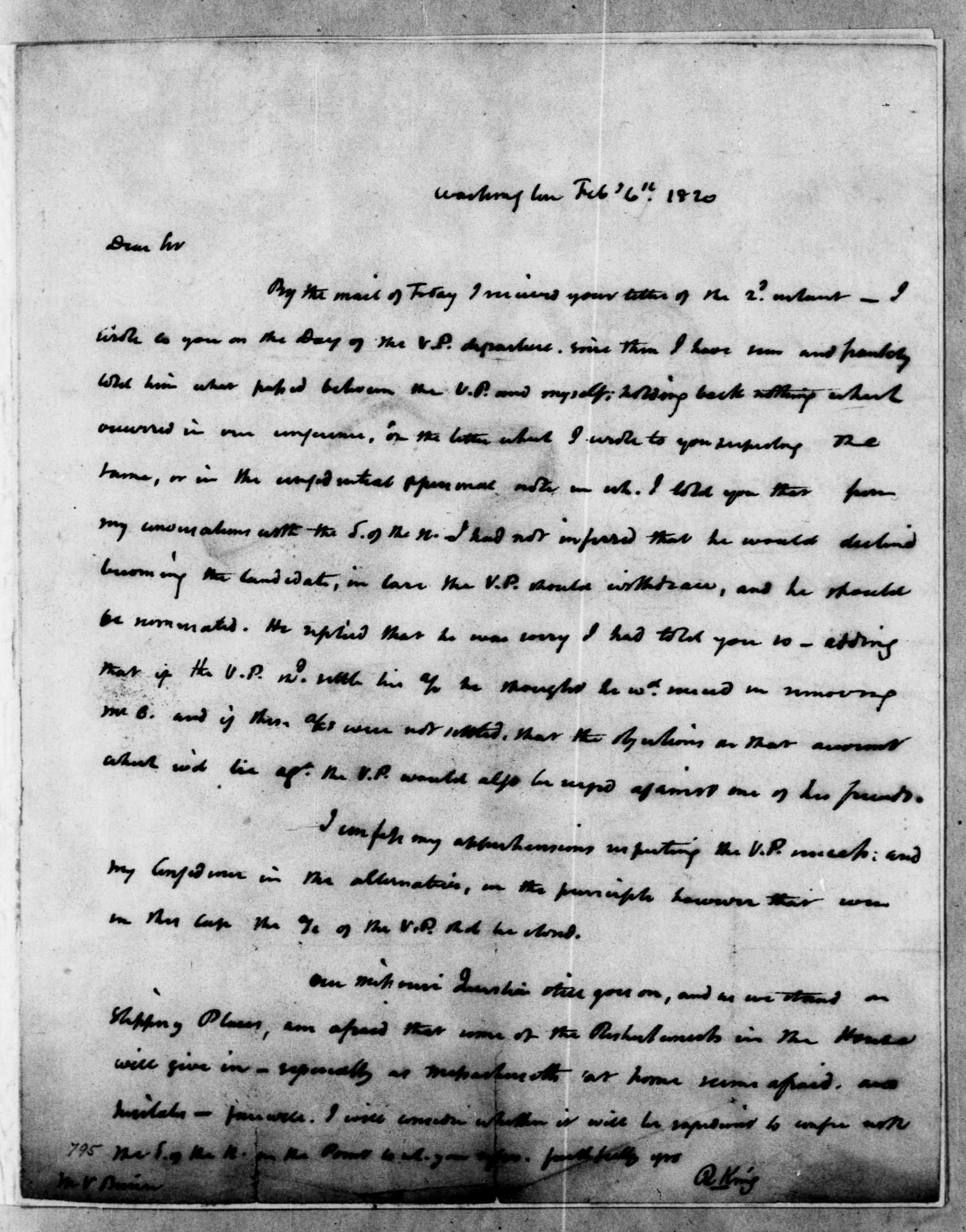 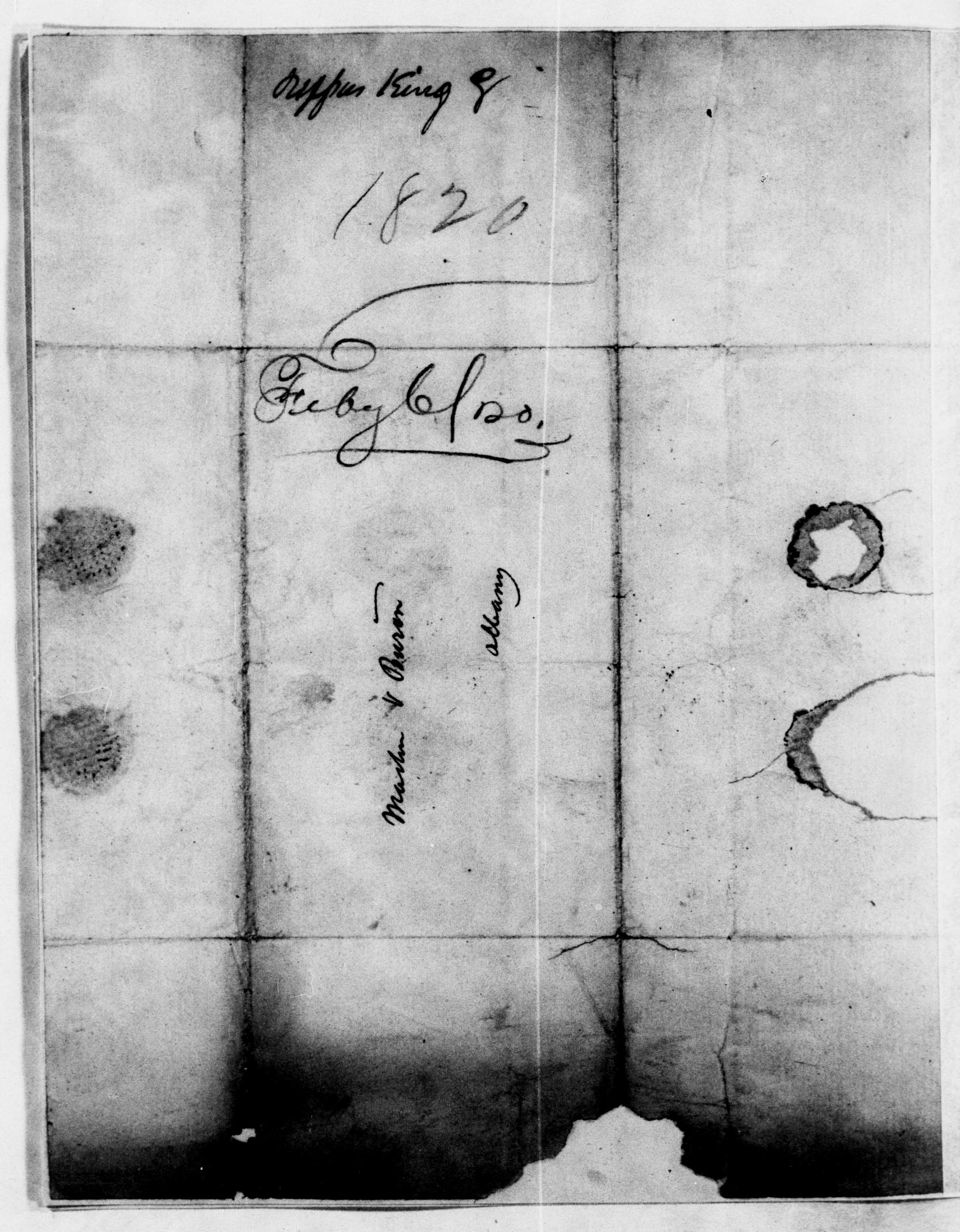 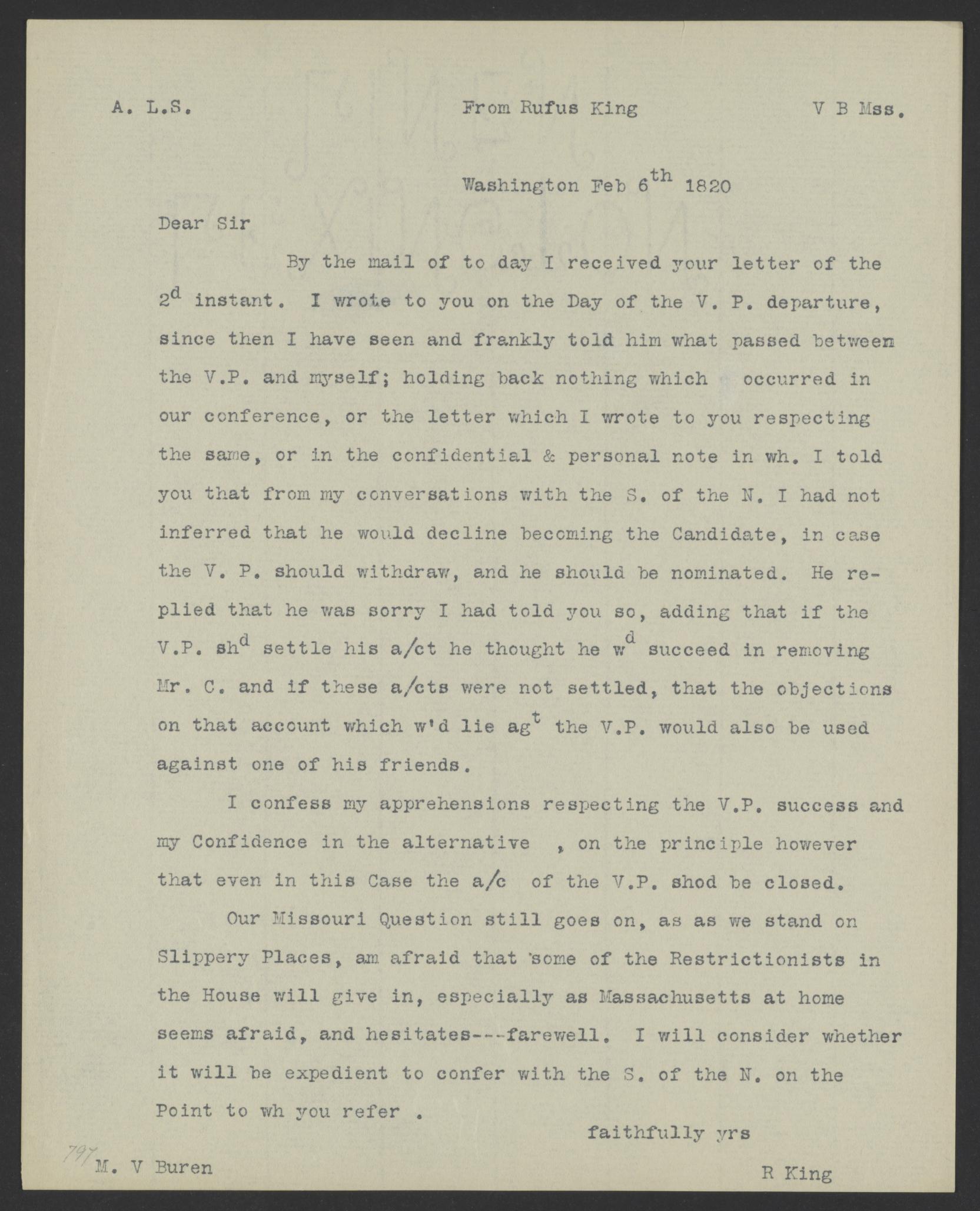