I recd. yours this morning. I am no rampant politician you know, and feel sorry that we should be called to contend about minor points, when we have matters of such great moment to attend to. I have a perfect recollection of all that has taken place on the subject of the conversation, & have seen the commns. in the papers as from the Ch. J. & the Genl. with astonishment. While the former admits it, tho' not in all particulars, the latter is made to deny it altogether. They both forget or mistake most astonishingly. I don't wonder that Genl. Brown should have forgotten—for we were on other business which he had much at heart, and without replying a word to what the Ch. J. said about party, he introduced the business we were upon, which occupied the rest of our call. The observations of the Ch. J. were in substance this. He was speaking of the election of Mr. King. He thought it sealed the fate of the Republican party—that in truth the old parties were done away by that event. He says that he mentioned or intended the federal party. I confess I cannot see how this result would follow the premisses. I should say with Judge Chase, a non sequitur.

Regretting extremely to see, the names of Genl. Brown & the Ch. J. introduced into the papers on such an occasion, & so unexpectedly it seems & feeling convinced that the Genl. had said nothing to authenticate it, I had prepared a note for the argus explaining the conversation, & stating that it must have got before the public through some familiar conversations of mine while in Albany. But here comes out the strange letter from the member of Congress—denying (what even the Ch. J. ackd.,) that there was a conversation. I then thought it best to write the Ch. J. a letter, stating the truth &c a copy of which I send you, and which he will probably publish. If he does not, I shall yet be obliged to send my note to the Argus.

Of the truth of what I stated, there is not a doubt in my mind. I may have been mistaken as ^to^ the words of the Ch. J.—he certainly has a right to know best what he said & what he intended. But if Genl. Brown & all his Army should say there was no conversation on the subject, & should swear as terribly as the Army in Flanders, I would still maintain that my belief is than same as I have stated. But it is an unpleasant business, and if the Ch. J. don't publish my letter to him, I must claim the liberty of announcing my name, as the author of the enormous sin, myself.

N.B. We had our Repub. convention yesterday. It was such as we could wish. We feel in good heart. Our Resolutions &c will appear. 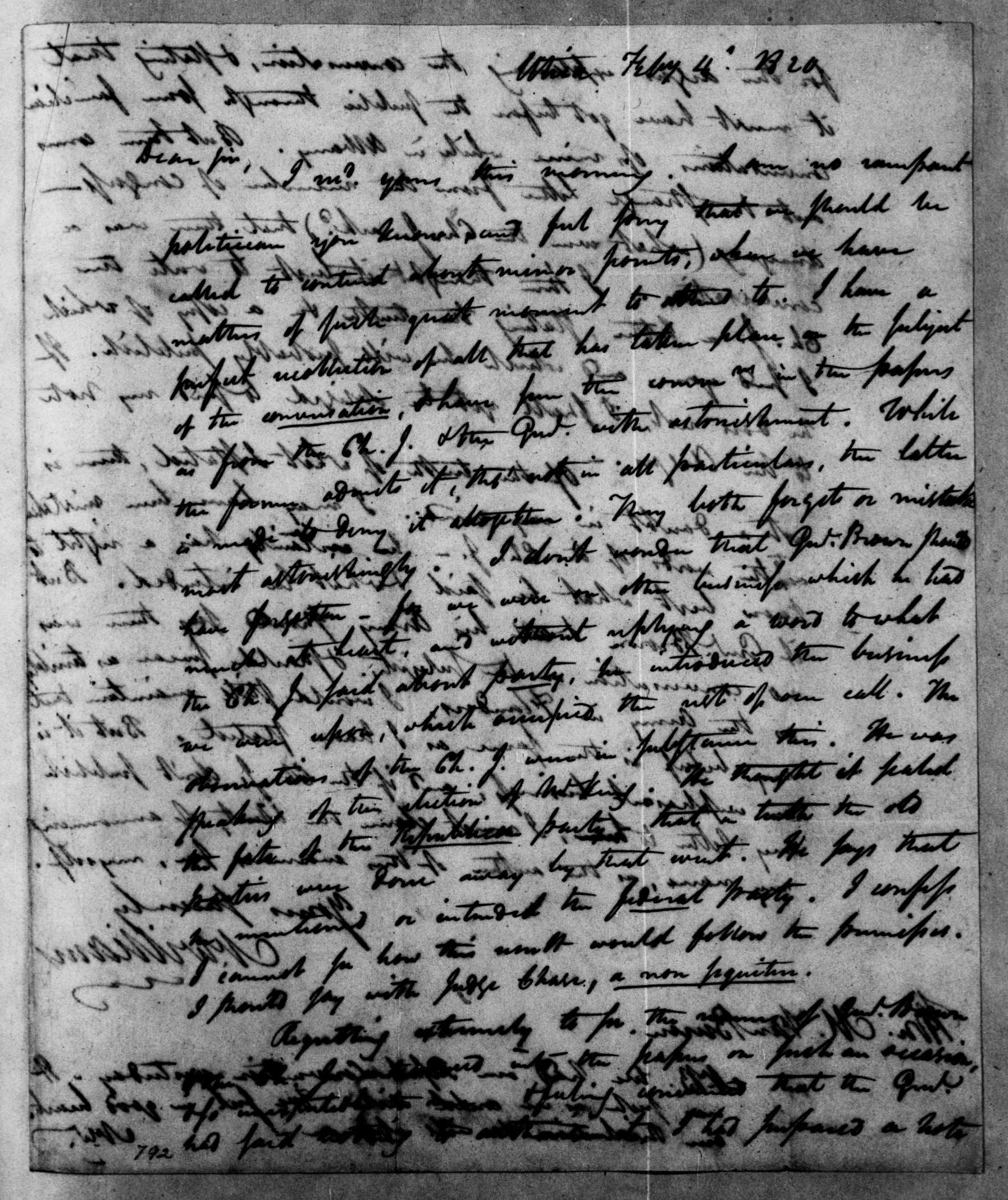 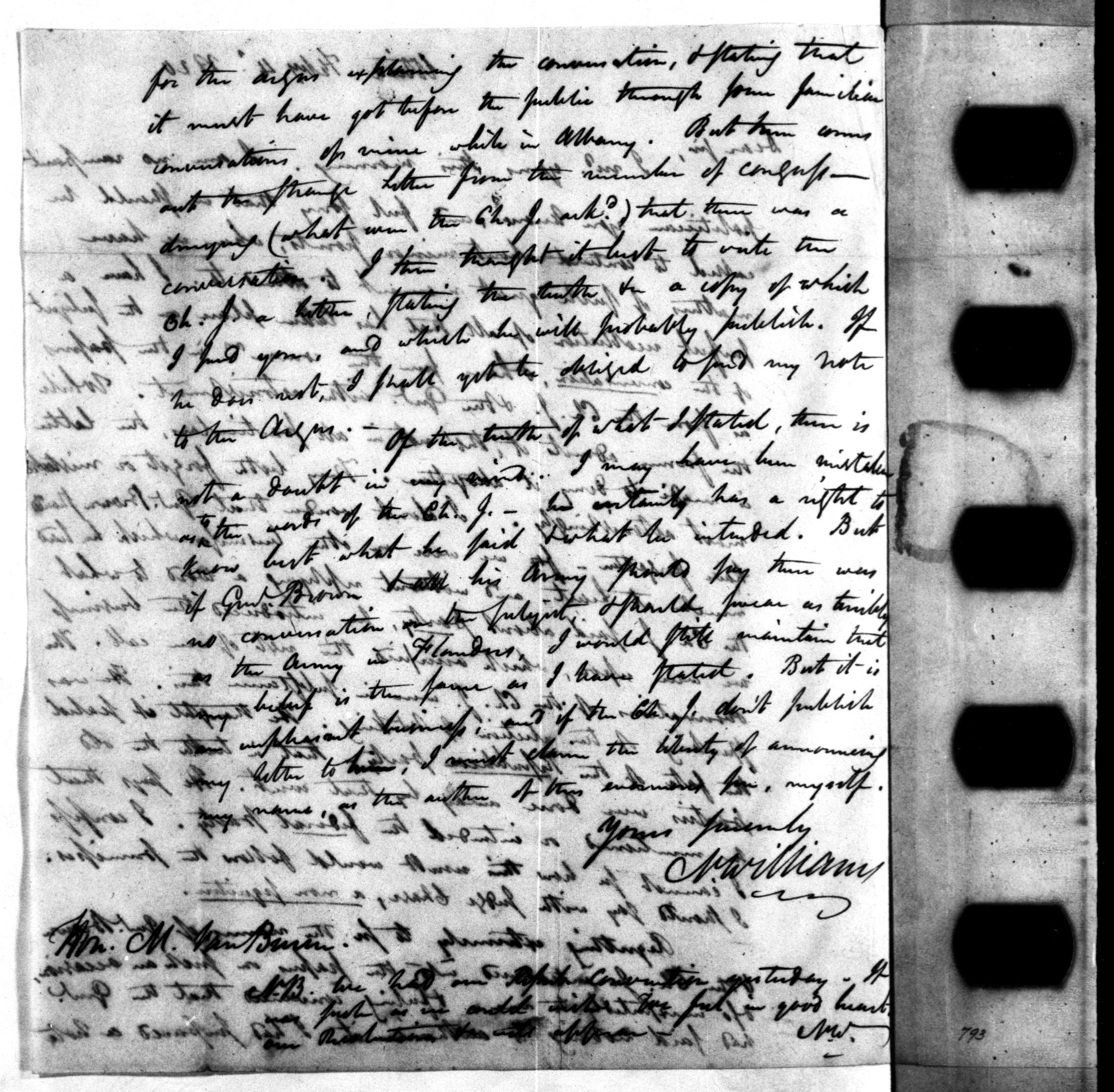