"The Missouri question," is a phrase, which, in the nomenclature of the moment, comprehends the question respecting the admission of Maine, as a State, into the Union; the question concerning the admission of Missouri, as a State, into the Union; the question of the prohibition of slavery, in the proposed State of Missouri; and the question concerning the toleration or prohibition of slavery, in the regions, which lie between the present territories of Missouri and Arkansas, and the Pacific ocean. These particular questions, are all entangled with each other, and are now under consideration and debate, in both Houses of Congress. The question most strongly contested, is, whether the farther introduction of slavery into Missouri, shall be prohibited by this government, or not. A considerable majority of the Senate, is opposed to any restriction upon Missouri. It is known, that the House of Representatives, is nearly divided upon this question; and though it is supposed, that a small majority of that House, is in favor of the restriction, yet, as the majority, if any, is very small, the fate of the question is still doubtful. These questions, are so momentous, and produce so much agitation and anxiety, on all sides, that they absorb the attention of all; and not much business of public importance, will be done in Congress, until they shall be decided. 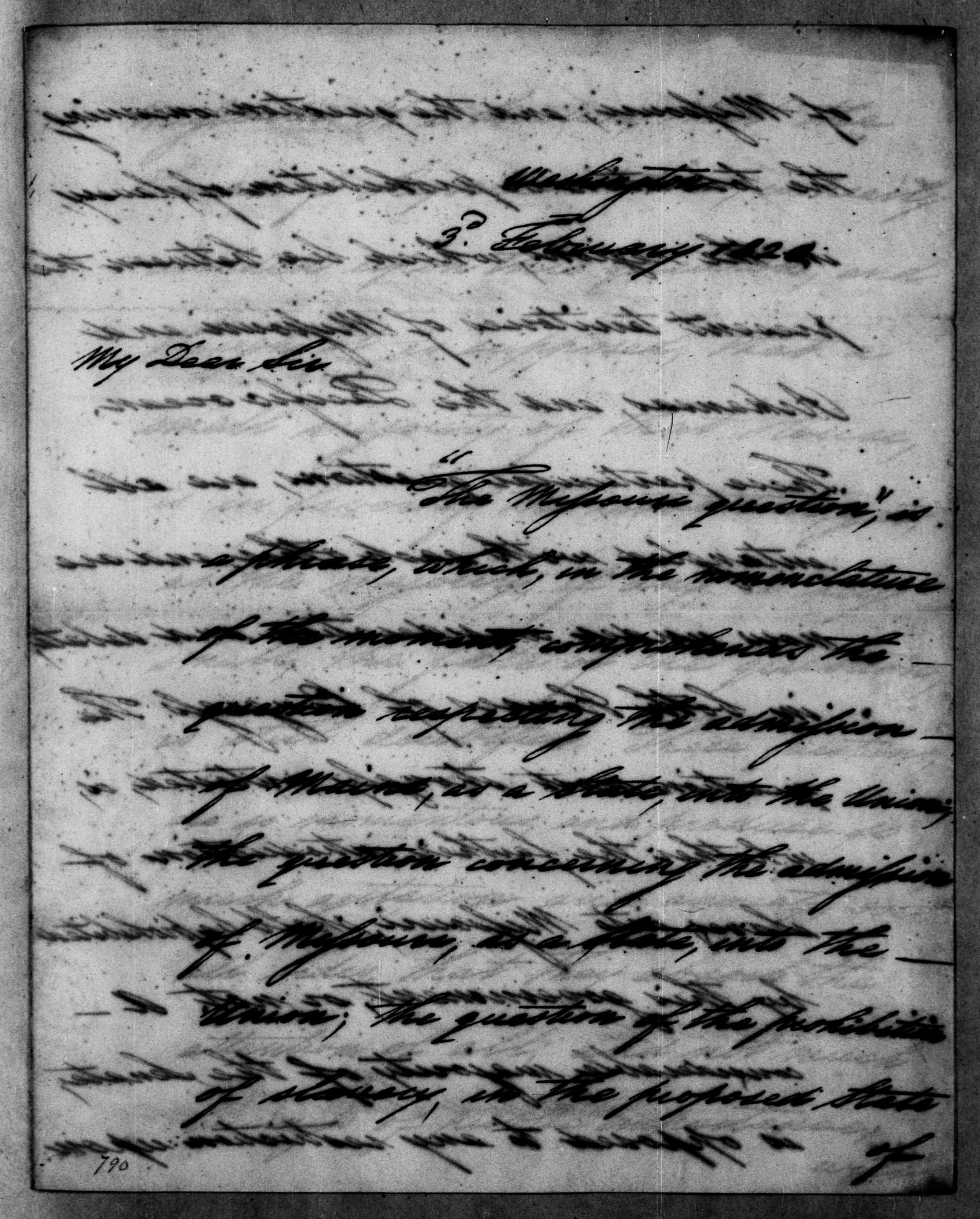 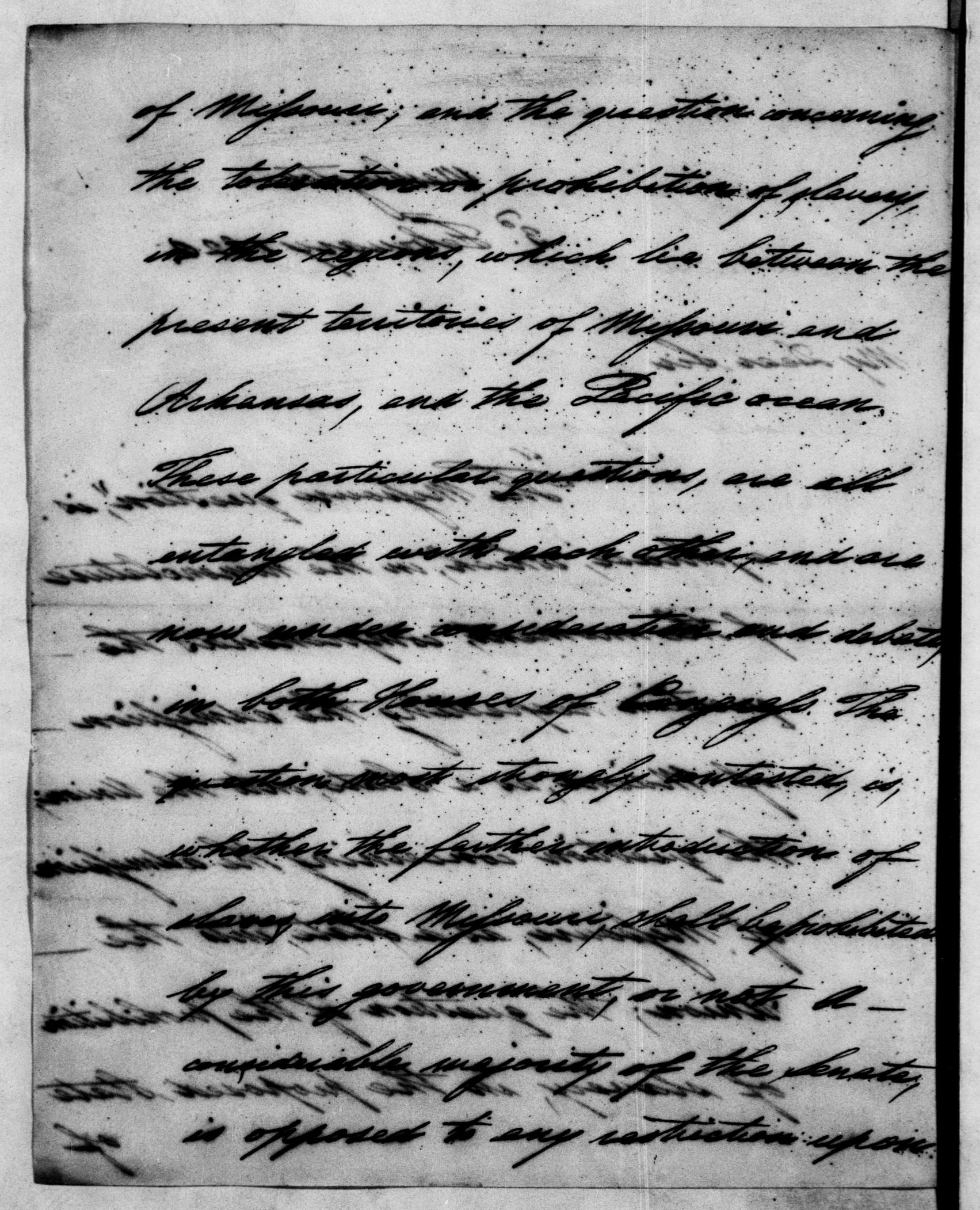 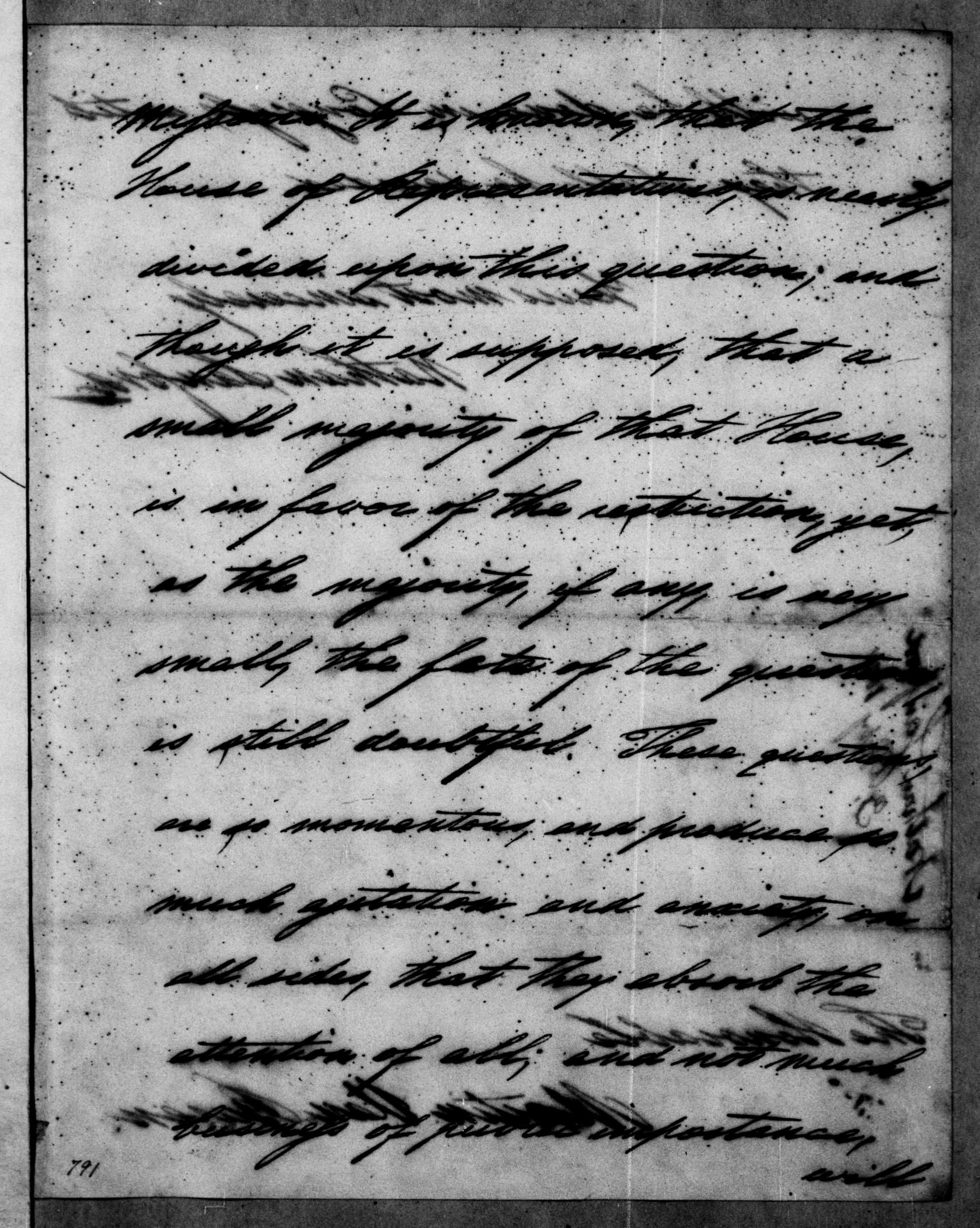 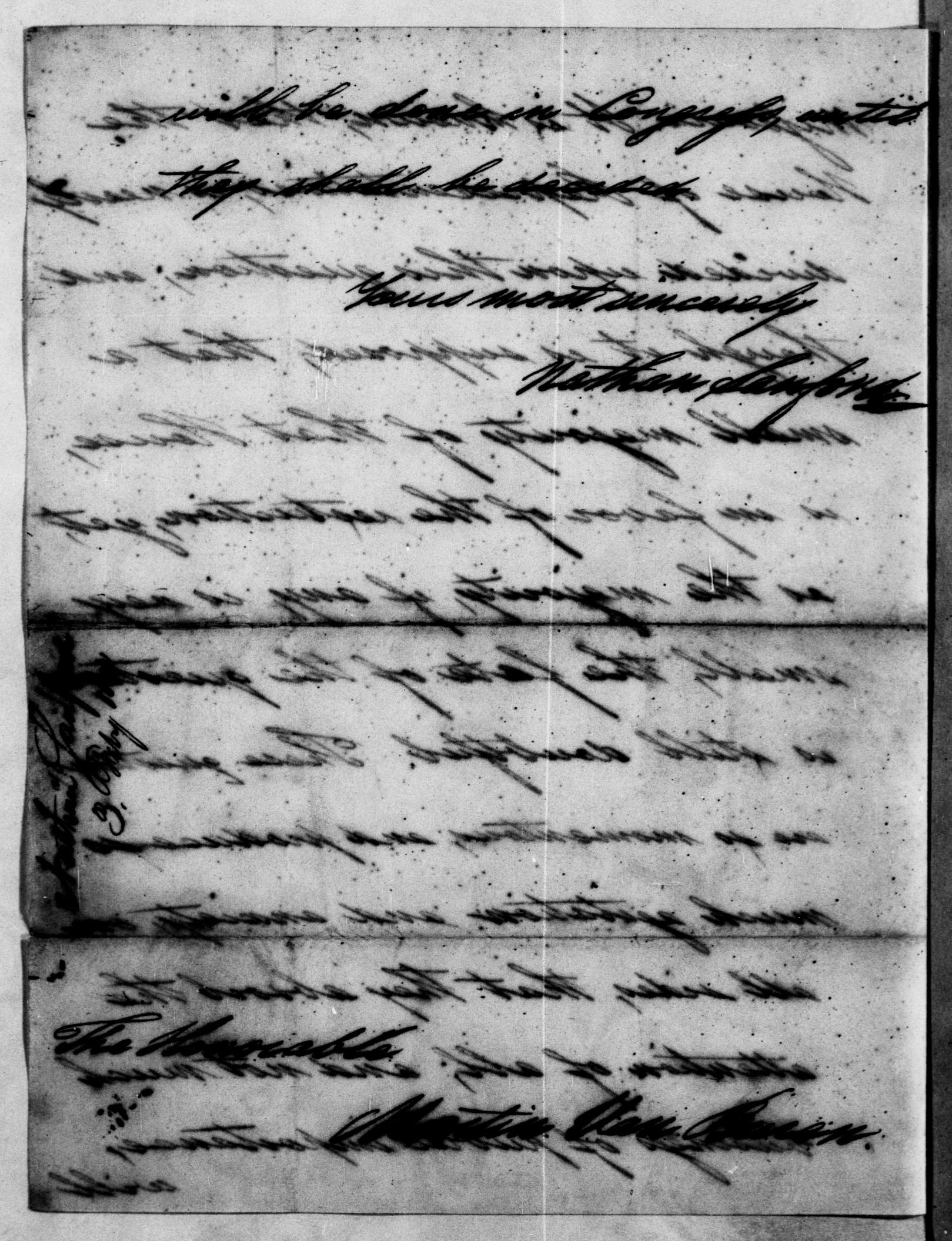