From the delay in my Conference with the V. P. and from the impression which our conversation has made on me, my opinion is that the V. P. will accept shd. no ^further &^ unforeseen objections occur.

He asked me what I thought of Col Troup for Lieut. Gov. I replied he is a good man, but if the great body of the Fdls. are to support Mr. C., the struggle will call for a strong Rally of the Rep. Party, in which <case> Troup wd not suit as his coadjutor—all this in strict personal Confidence.

P. S. I will see Secy. of the Navy tomorrow and tell him frankly not only what passed between me & the V. P. but the substance of even this Confidential note to you 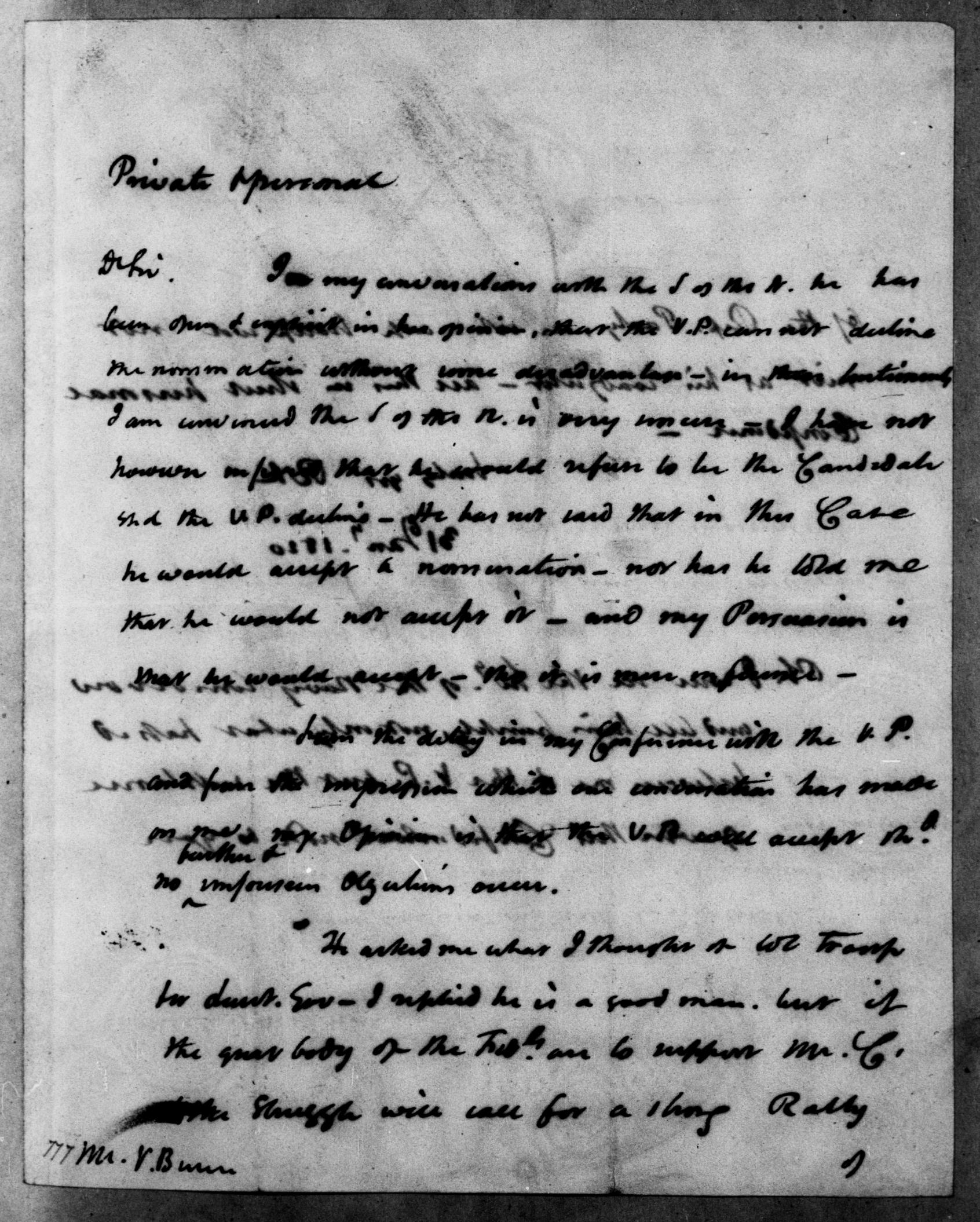 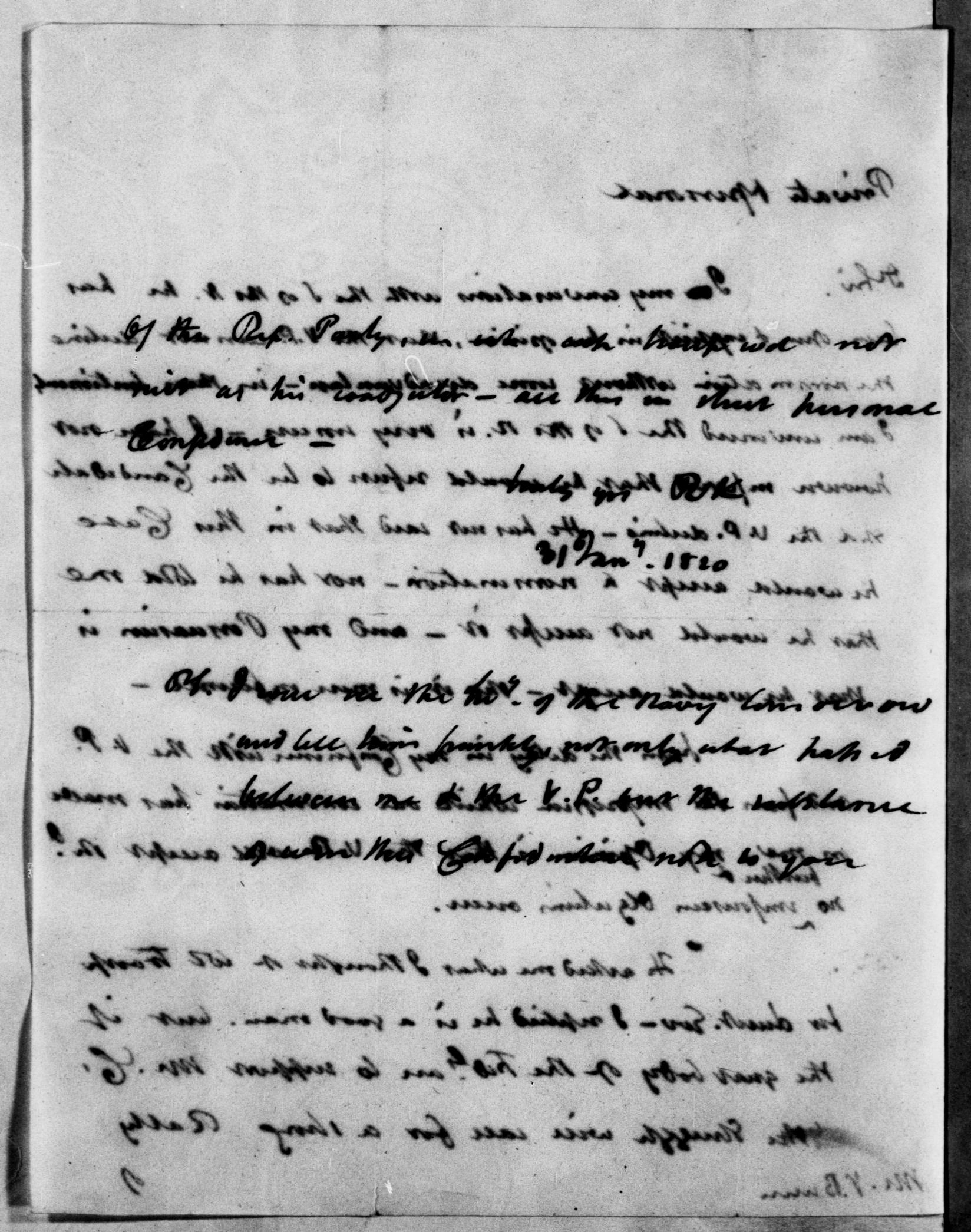 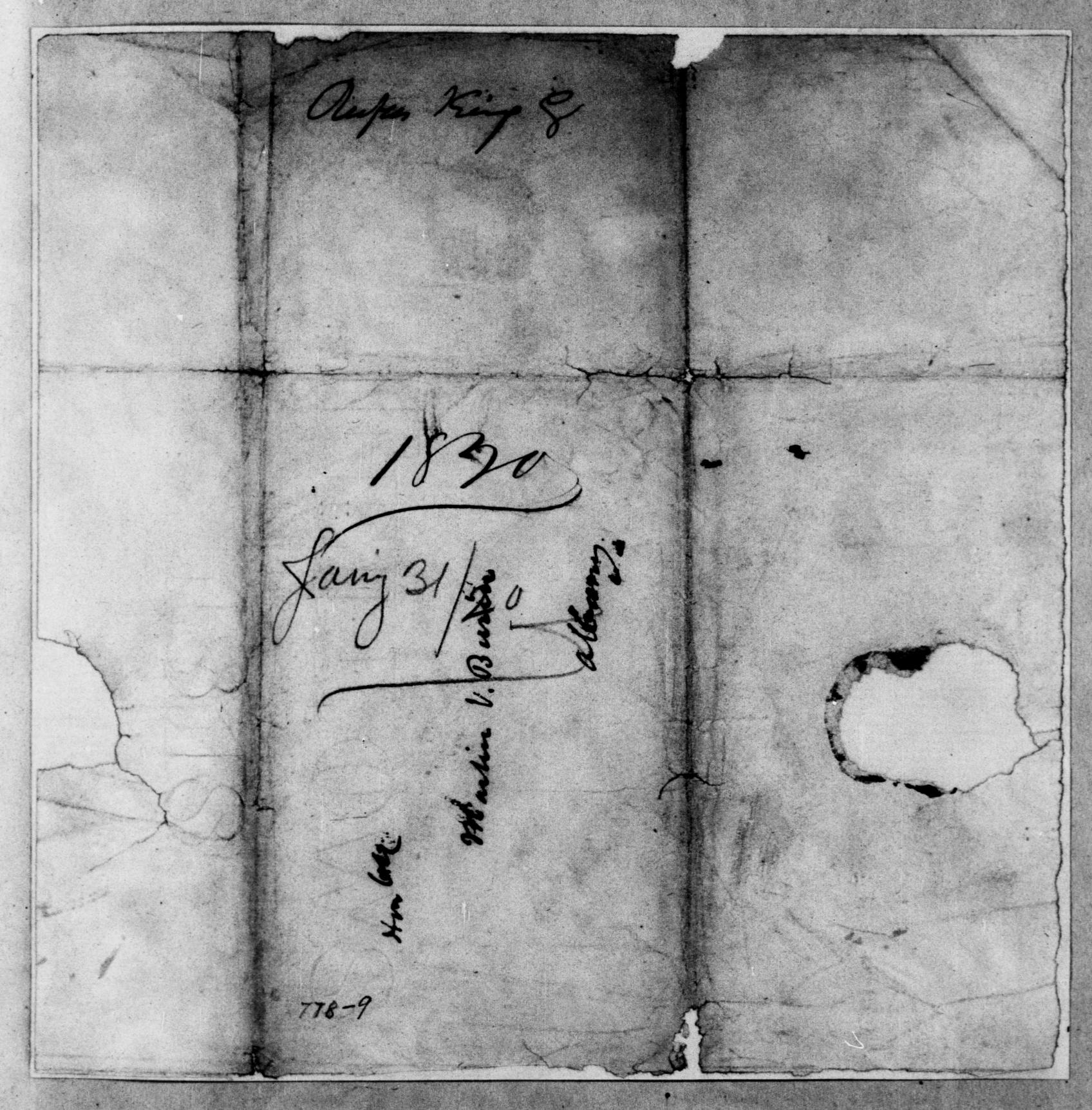 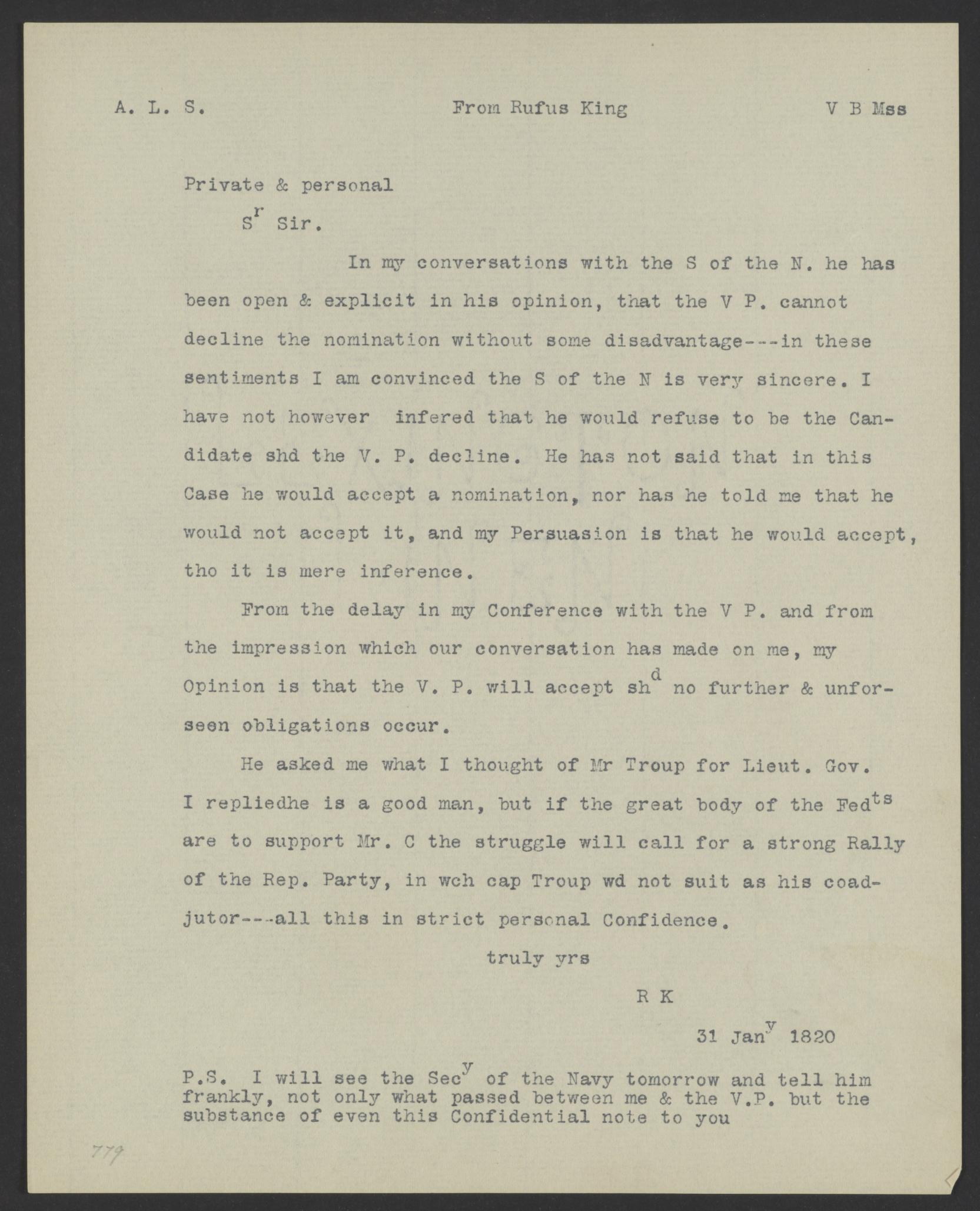