Your favour from Hudson reached me this morning. You confirm me in the belief that it would be inexpedient to get up meetings to nominate Tompkins & I shall represent it so to our friends I reced. a letter from Ontario informing me that on the 24th a Convention or meeting would be held in Canandaigua which would speak of Tompkins as the Candidate. You may be in time to prevent it. When things go on well there is no necessity to make hazardous experiments.

Your Pamphlet on the election of King I received in season and have perused it attentively. All is said that could with propriety be said on the subject & enough to overcome the scruples of the most fastiduous; but; you know the temper & feeling of our members who carry with them our old tried friends in many instances. [I] had prepared carefully an article on the subject mild yet conclusive but I was assailed on all sides by Solicitations not to notice the subject or discuss the propriety of Mr Kings election in the Advocate That he will be elected they seem to admit. That they intend voting against him I cannot doubt unless on their arrival at Albany they shall be induced by the apparent unanimity to change their Sentiments. They do not appear disposed to use their influence to oppose the election of Mr King they seem to think it adviseable to act without concert leaving to each individual the responsibility of acting as he pleases. They fear the charge of inconsistency & coalition & what may grow out of this step in the state & throughout the Union they all unite in advising me not to advocate in an open & direct manner the choice of Mr King although it will be necessary to defend & even applaud the measure if adopted. I am in a dilemma. If this state is to be sadd[l]e[d] with Clinton for another term in case King is not elected there can be no hesitation how to act However I shall be up immediately after New Year & personally I may do much among the members on this point. An unecessary alarm seems to exist as an act to choose a Senator must be passed how would it answer to order an election by Ballot instead of Viva Voce I see in this step many difficulties removed King would receive many more votes I imagine.

I am sorry that your exertions with Buel should have given rise to any unfavourable sentiments My friends here assure me that he has no intention either to sell his paper at a fair price or relinquish the State Printing while the Legislature will continue to enrich him with their patronage. Were he as poor as I am he would merit a continuance but his good condition & circumstances will rather operate against him. It is his interest to sell. If not to me there are others preparing for application 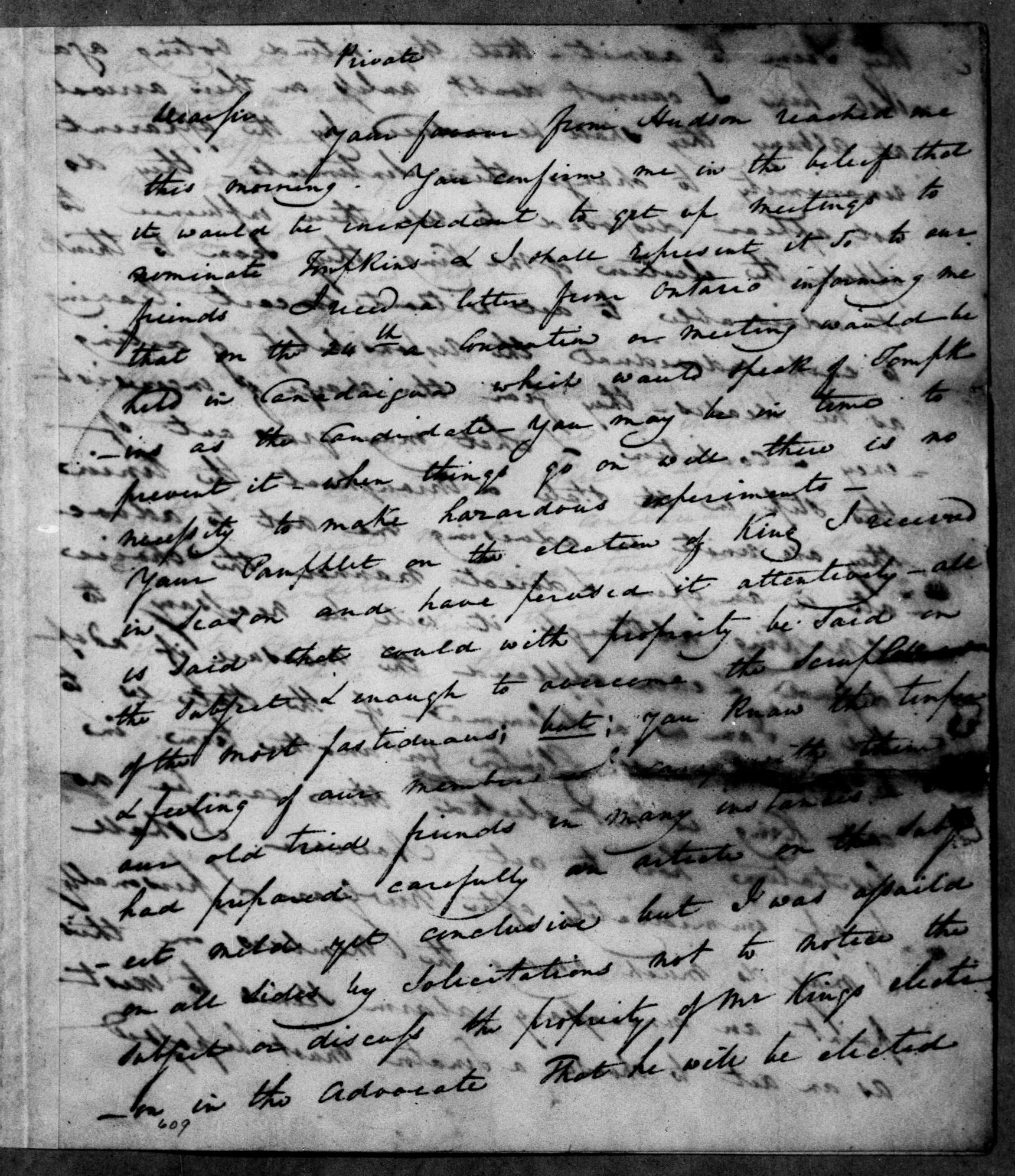 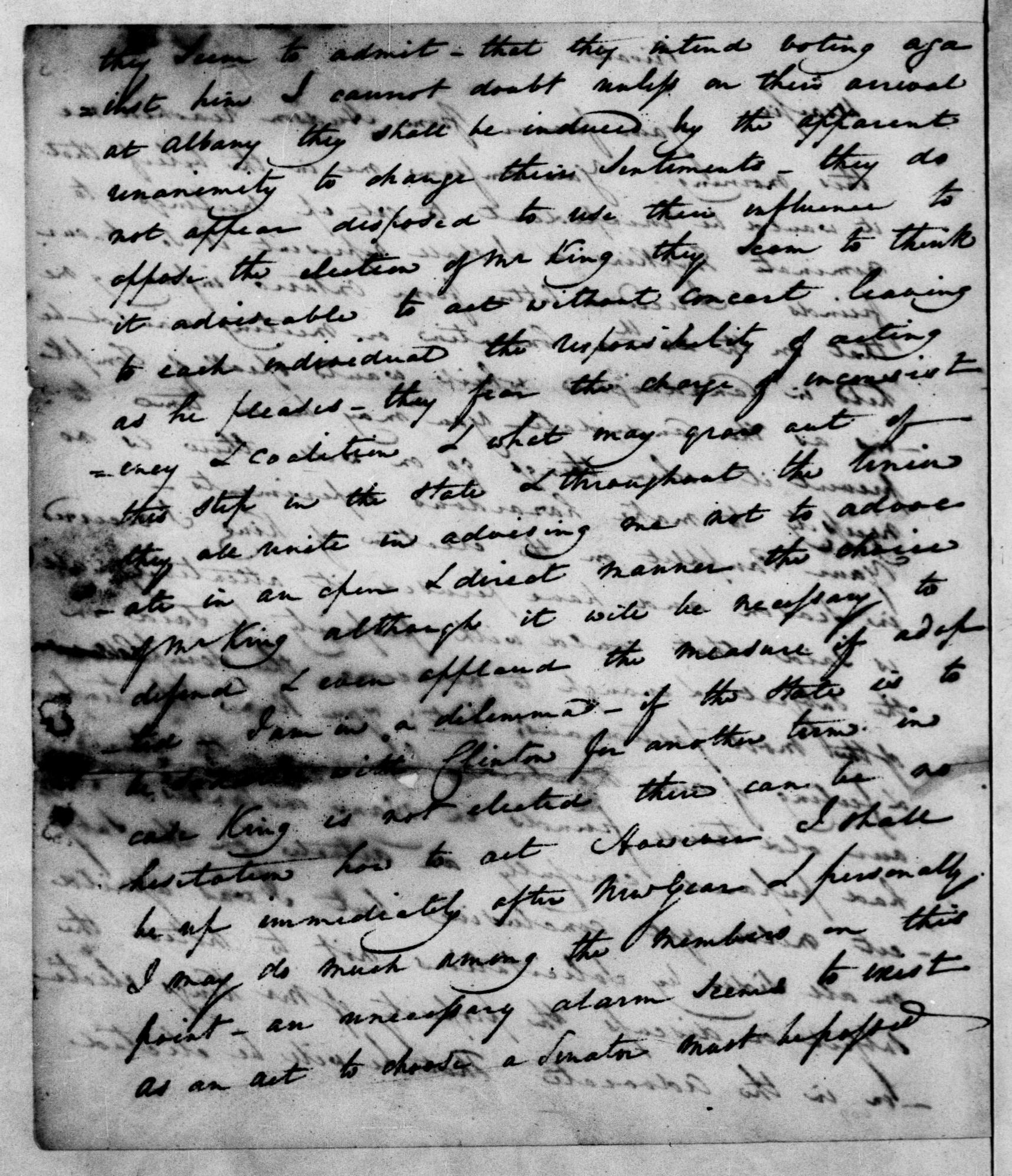 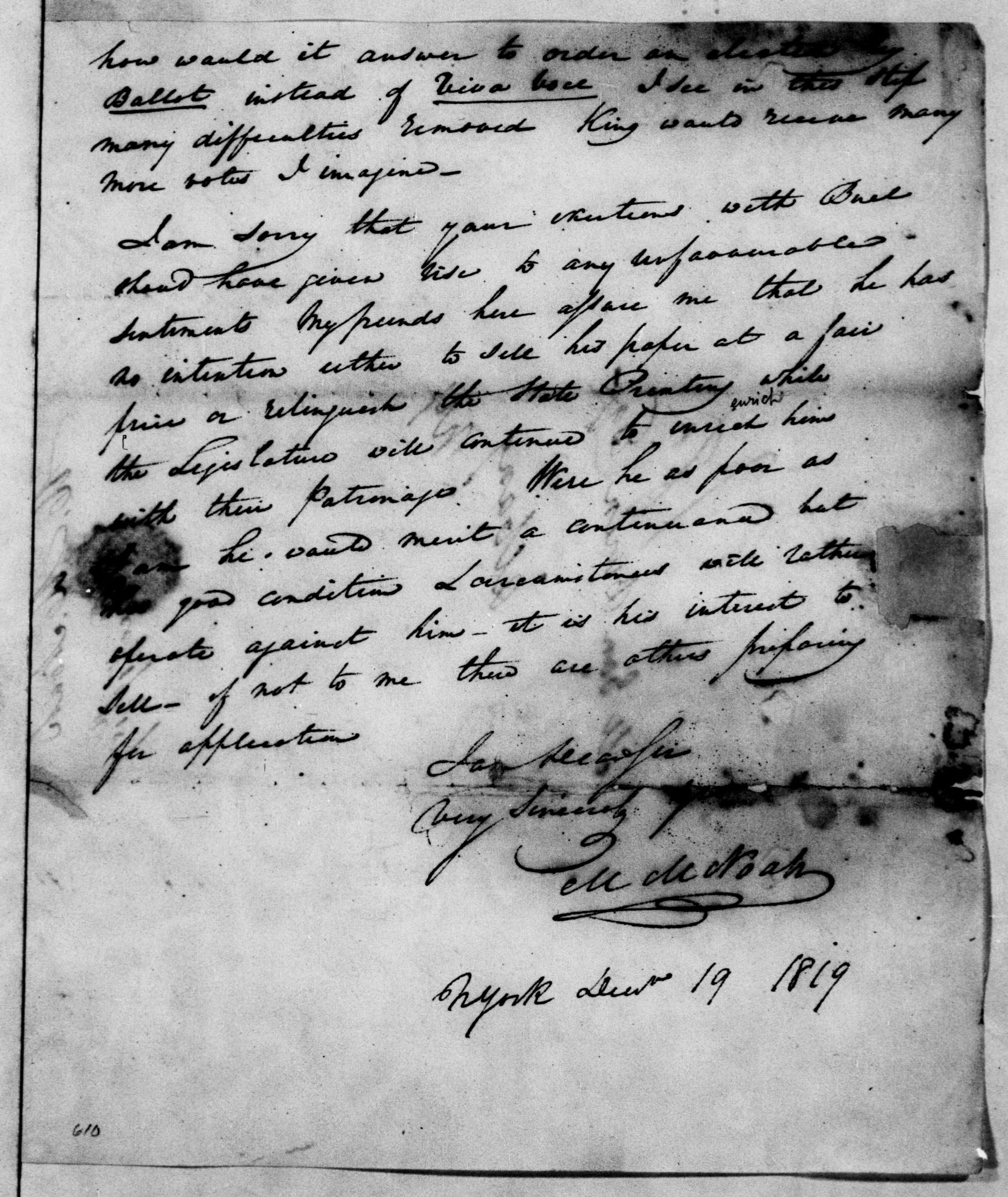 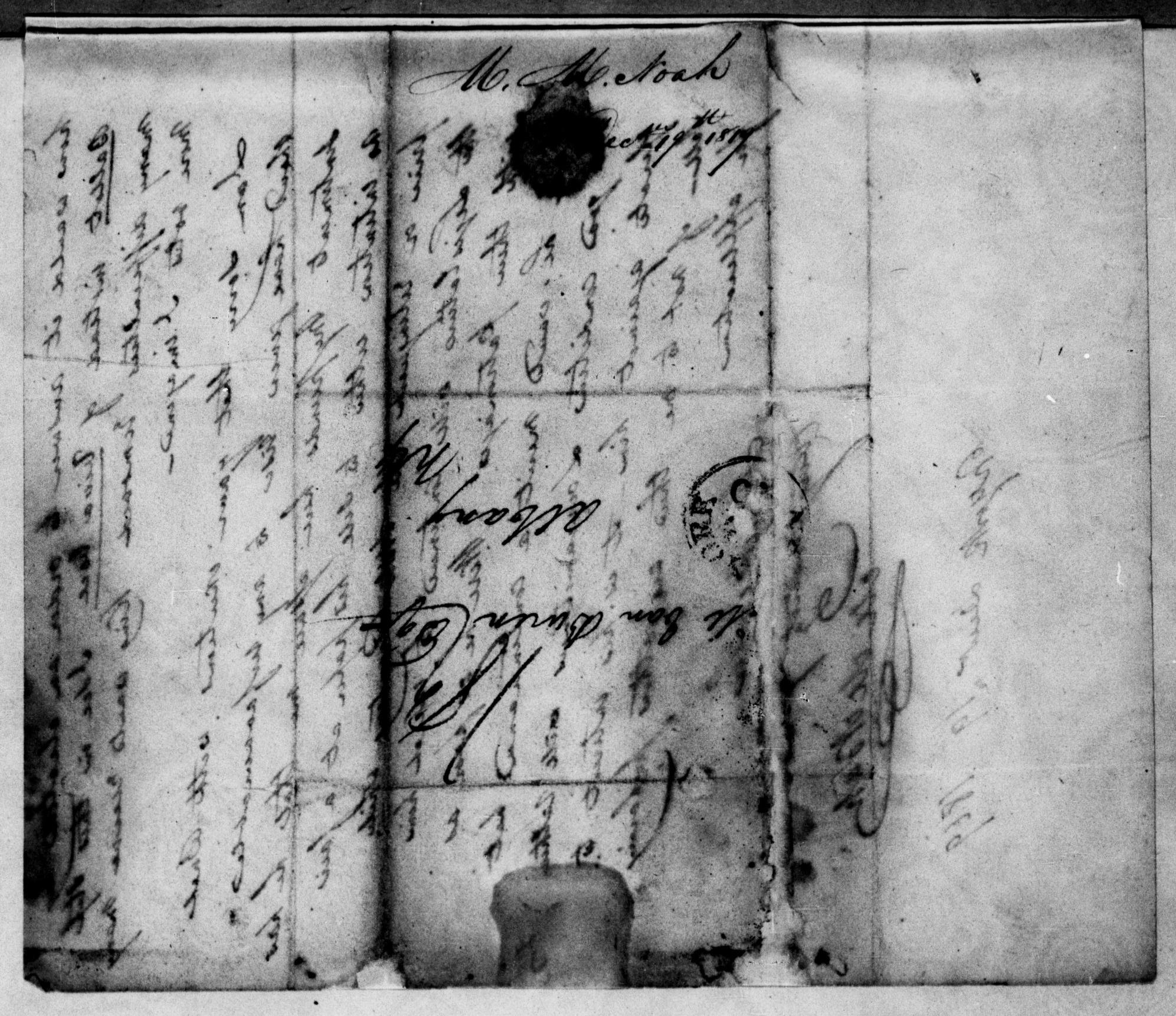