I regret my dear friend, that it should have been necessary to open the eyes of the public to Mr. Clinton['s] views & principles, that you should be removed from the office you filled so creditably to the state. Enough had already been done if the People could have been persuaded to look seriously at the subject. They were however easily lulled by fair pretences.

It now requires no reasoning nor persuasion to arouse the general indignation. And you may be assured your removal & the appointment of Oakley has called out a more distinct disapprobation of Mr Clinton's policy, than any other act of his administration. I have not met with a single republican who approves it, nor have I conversed with one, Clintonian or not, who has not unqualifiedly condemned it.

Genl Belknap, the great Clintonian, & Ross—stalking horse, told me in presence of several that if the Vice Prest was nominated he would support him, and that he believed more than 9/10th's of this County would. His opinions are but an instance of the feelings of the people on this subject.

The Federalists are much unsettled as to supporting Tompkins. I have, however, no doubt that he is the man we should push for. Their inveteracy to Clinton is so extreme that we need not fear his obtaining their support—and on the whole, it is a pretty momentous query, how far the active and clamorous part some of the Feds. are taking for us, is ^calculated^ to advance our cause; and whether, in that success, which we can of certainly secure by our own strength, our friends have not to meet a most delicate and embarrassing difficulty—if these gentlemen, continue to adhere to us. <illegible>.

I do not know whether any one has sent you the papers from this County. Two of them are taking a decided stand, and already open, for the ensuing Campaign.

Believe me with sentiments of 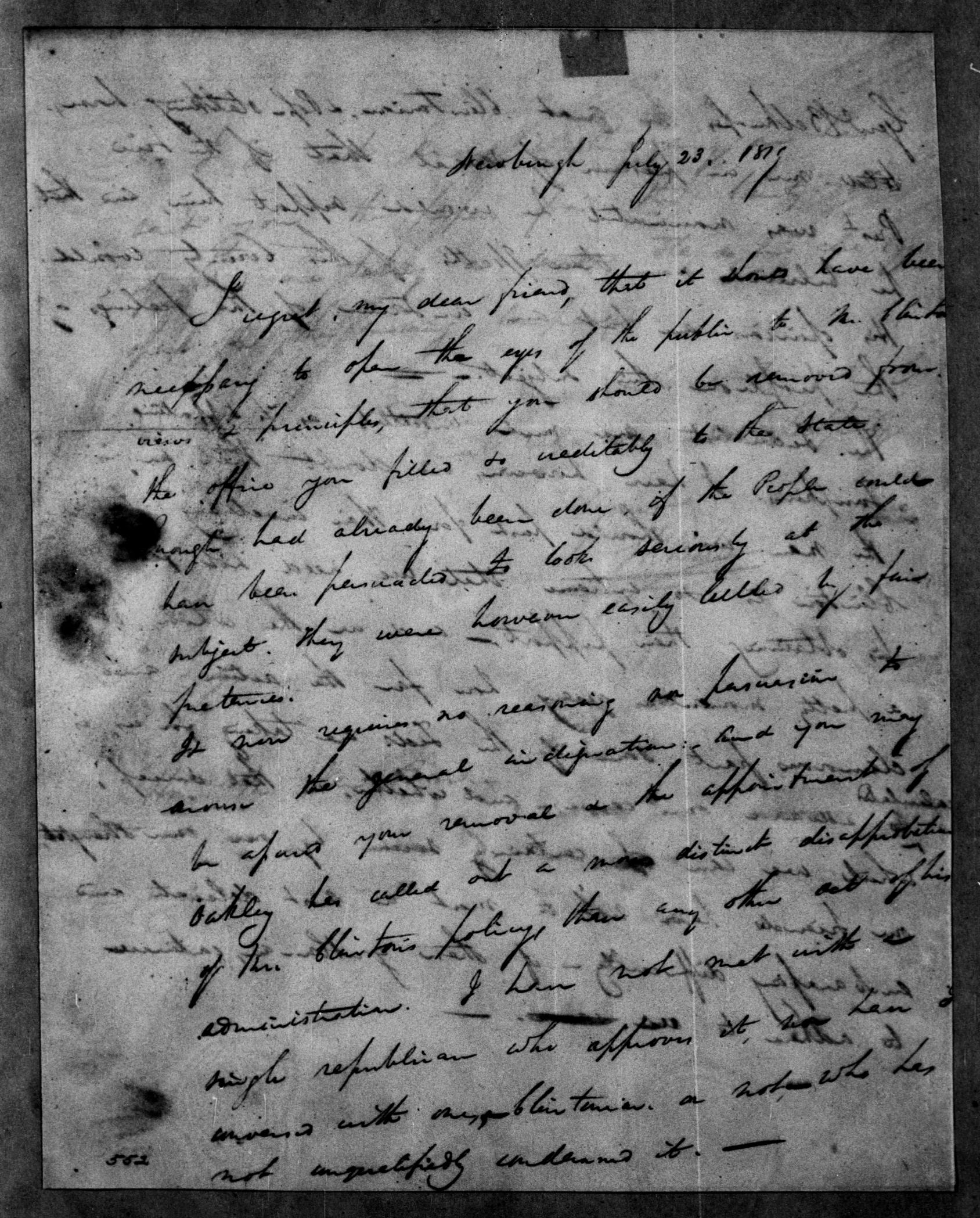 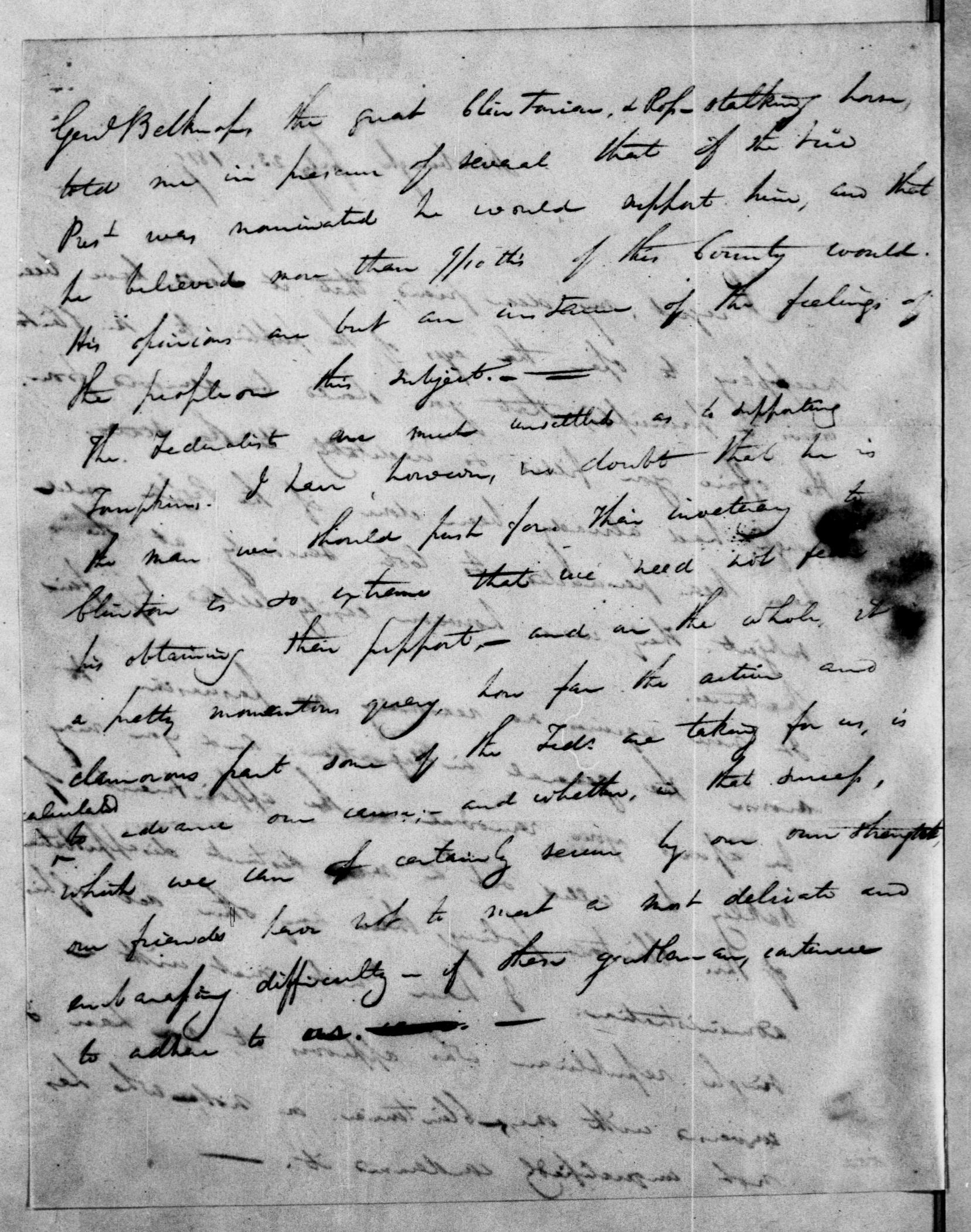 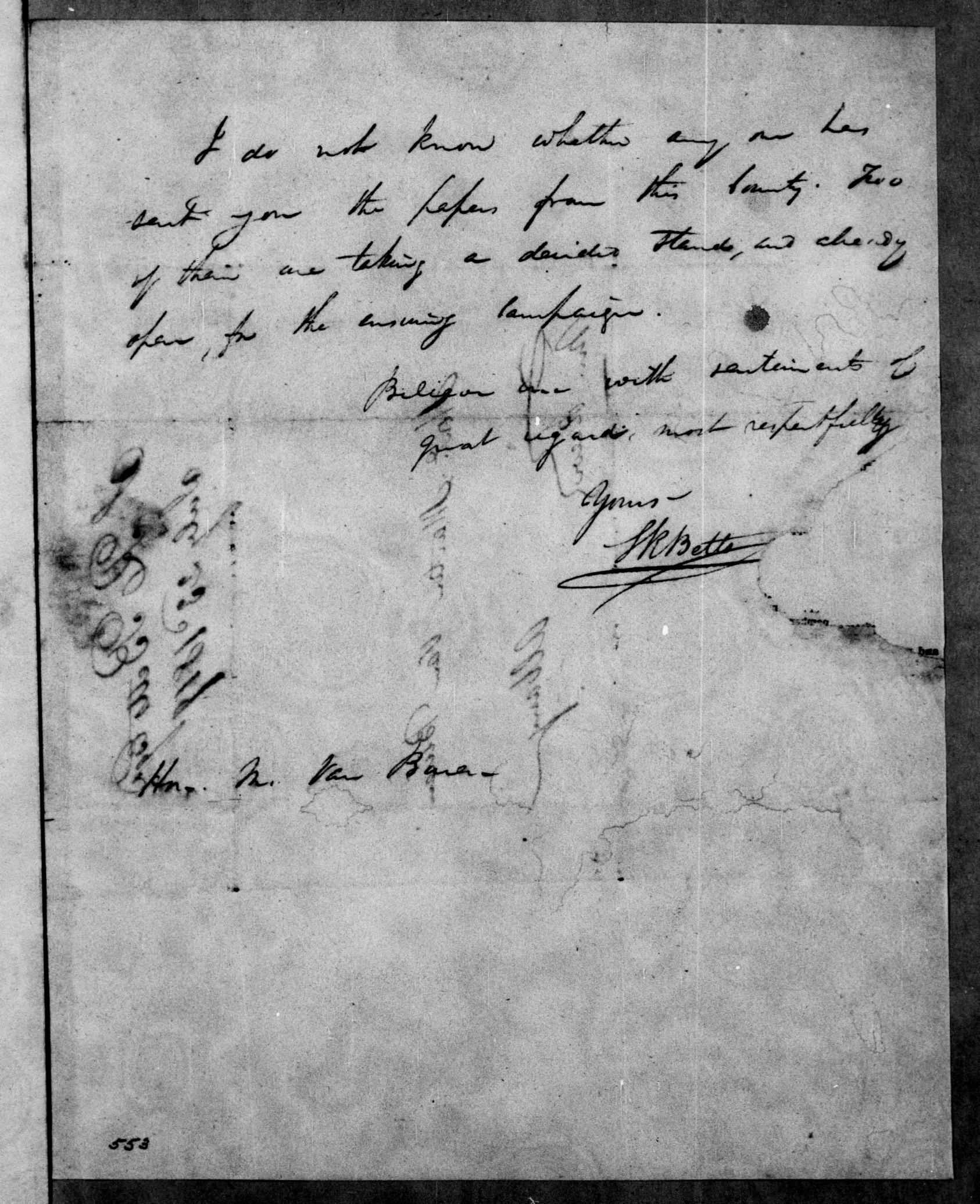 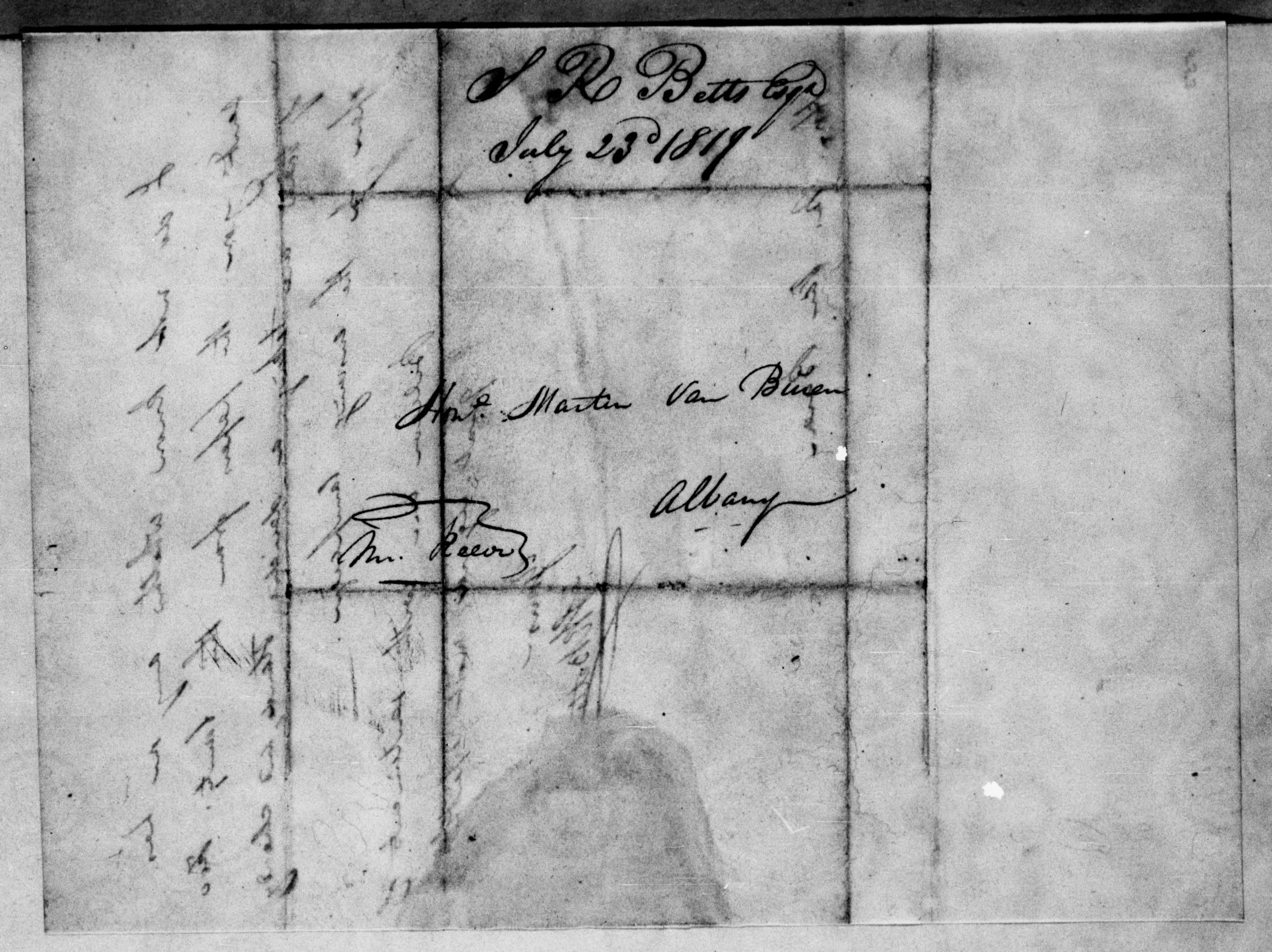