I received by the last mail your letter of the 5th. Inst. & join with you in some little degree of surprise at the extraordinary reserve of the President. Tho I have not yet received an answer to my letter still I believed that others had been more fortunate & that some moderation of his Views had escaped him, but from his silence I am compelled to believe that particular reasons have urged him to this course much beyond my ability to influence, & therefore as he has not even <answered> acknowledged my letter, I feel some degree of delicacy in intruding on this studied reserve; but as the Chief Justice shall command every exertion on my part, I will again attempt to draw from him the requisite explanation by letter as it will not be in my power immediately to obtain a personal interview. I am so situated just at this moment in my family arrangements that it would be next to impossible for me to visit Washington but if in the beginning of the next month, it should become important, after making the trial of an other epistle, I will seek an interview. The Vice President might obtain an answer if strongly urged, & therefore I think he ought to be asked to write. So important do I think the early appointment of the Chief Justice to the interests of the general Administration in this State that I think it due to the personal respect I feel for Mr Monroe, to do every thing in my power to urge him to seize the opportunity of fortifying his administration in NewYork, for he will want all the aid that able friends can give him. To shew you, how strongly entitled I was to an answer to my letter I enclose a Copy. Remember me affectionately to the Chief Justice who is now with you, & for god' sakes do not support S. for Senator to Congress as we are all led to believe, from declarations of yours, are in circulation. I can <illegible> to his gradual descent from the bench which cannot long be embarrassed by his presence, or disgraced by his intrigues. 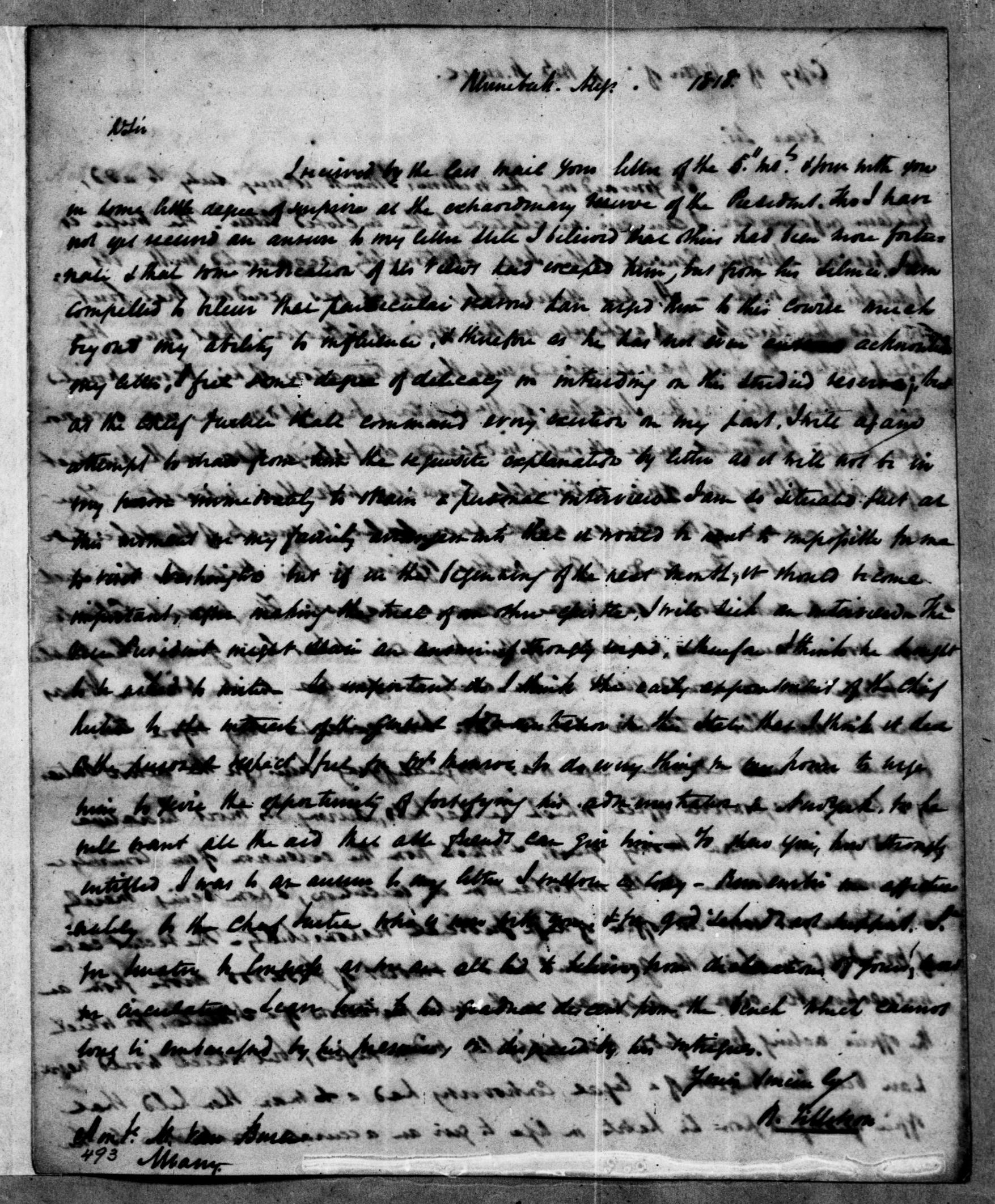