Copy of a letter of [intentionally blank] to Mr Monroe.

In forwarding the within, I think it my duty to add, whatever information I can give in relation to the enclosed letter. The writer is the present Attorney General of this state & intimately acquainted with its politicks & its wishes. He has stated truly, that it was accident that first invited the discussion of a change in the office of Collector, that even the chief justice himself was surprised <as> <to> the intimation of his being pointed out by the public as the successor of Mr Gelston, but seldom on any occasion has public sentiment more strongly indicated its feelings than in the prospect of so ably filling an office intimately connected with their interests. You are well aware of the causes which have <so> led to much of solicitude on this subject. The conduct of the public officers in this state has been such as to create with some exception a general disgust. The present Collector from some causes has partaken of this profession & has long given the public to believe that he would yield by an early resignation to its wishes. It was expected that this intention would have been executed long before this, because his and advanced age was disqualifying him for the active duties of a highly responsible office which he has held, during its most lucrative periods for more than twenty years, & which from the extension of our Commerce & revenue has become vastly important in its execution, & from being merely <illegible>, is now an office of high judicial responsibility. The recent case of Mr Hoyt in which the government paid a verdict of $130.000 arose from an unquestionable error in judgment in the interpretation of a statute, for which the office acting bona fide was righfully indemnified, but which would never have been the subject of a legal controversy had a <illegible> man then held that office qualified from his habits in life to give an accurate construction to the Acts of Congress. It is due to the Chief Justice to state that it is neither the wish of himself or his friends to ask you to depart from the policy of your administration in relation to the tenure of office. They are aware of your opinion on this subject & have therefore acted on the scarcely questioned belief that Mr Gelston would resign. In that event, & in that only, without calling upon you to produce it they make this application, As one of them, & a sincere friend personally of yourself, & your administration who wishes to strengthen its relation in NewYork I shall be proud in being at all instrumental in directing the eye of government to the chief justice. Had it not been resisted, a united representation would have been made on the part of the Merchants of NewYork supported by the [. . .] & judges of the state, but it was declined because as a [. . .] officer of the highest rank he is well known & will <illegible> [. . .] not an aid which under some circumstances of competition to a man of less note might be important. His Health alone materially affected by the intense labors of his present arduous Situation extorted from him a reluctant consent to the general & united wish of the State. As this subject is matter of some anxiety & to none more so than to my self, it would great give me great pleasure to know at an early period what are the views of ^the^ Administration. My best Respects to Mrs. Monroe

I remain Yours Sincerely 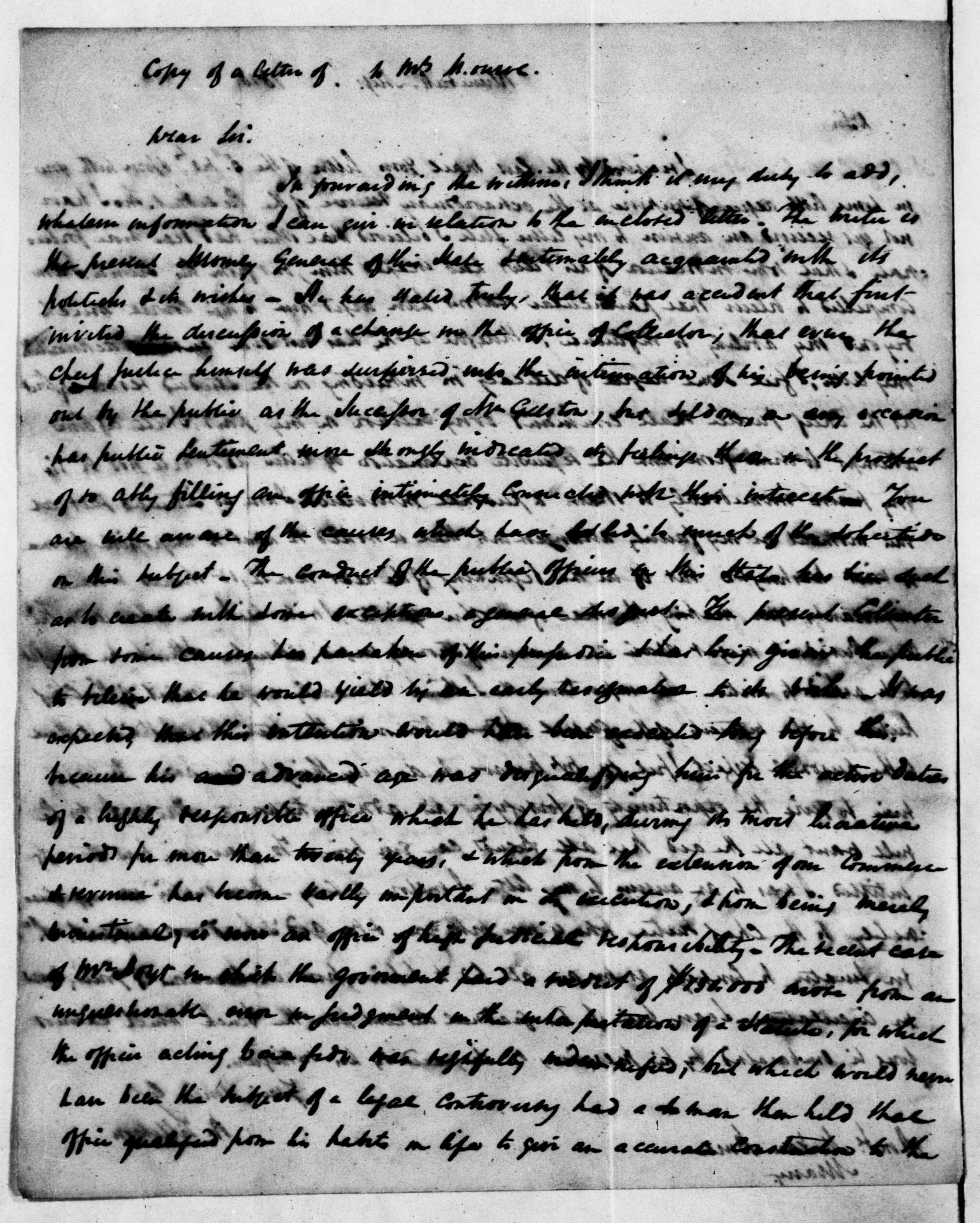 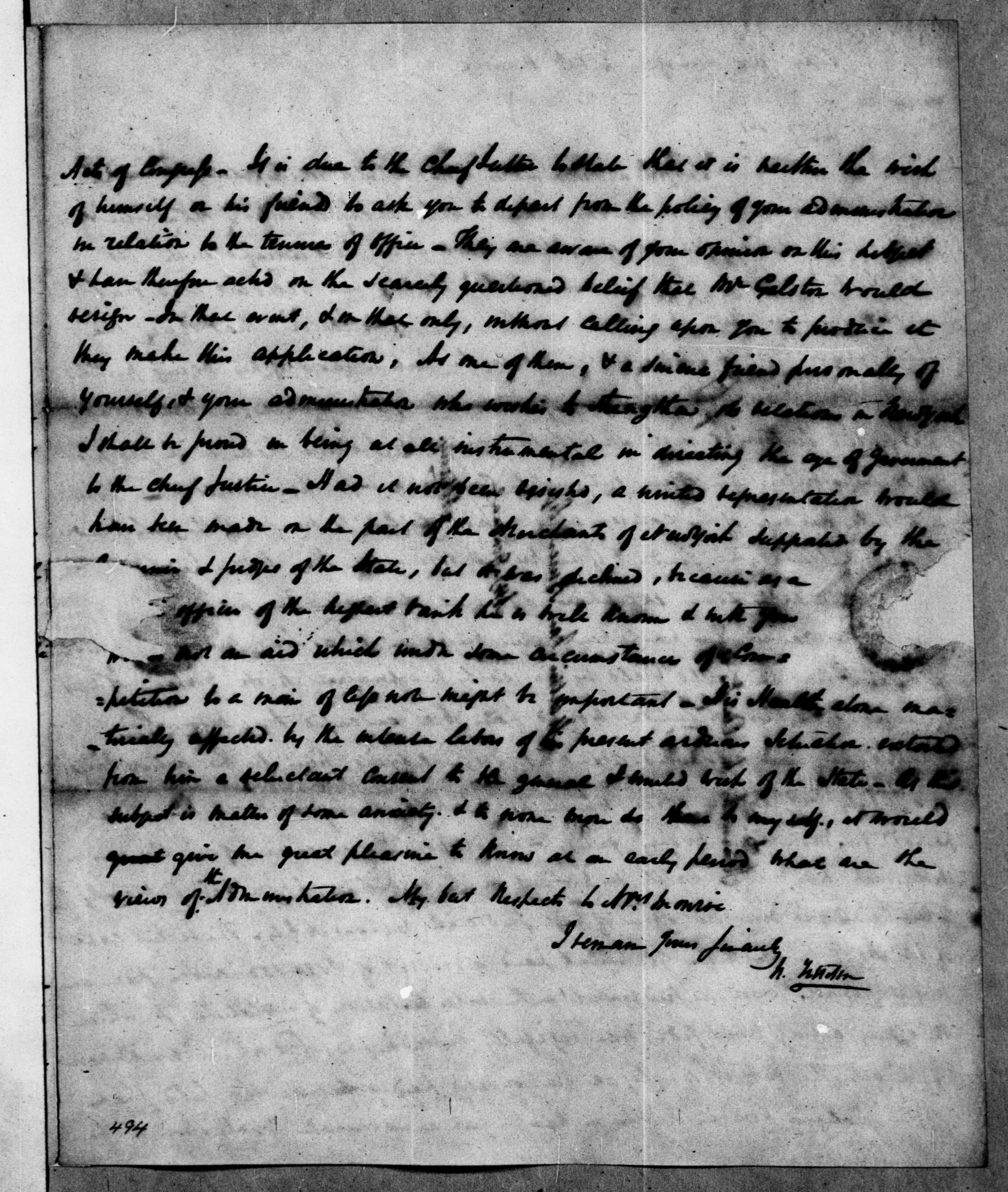 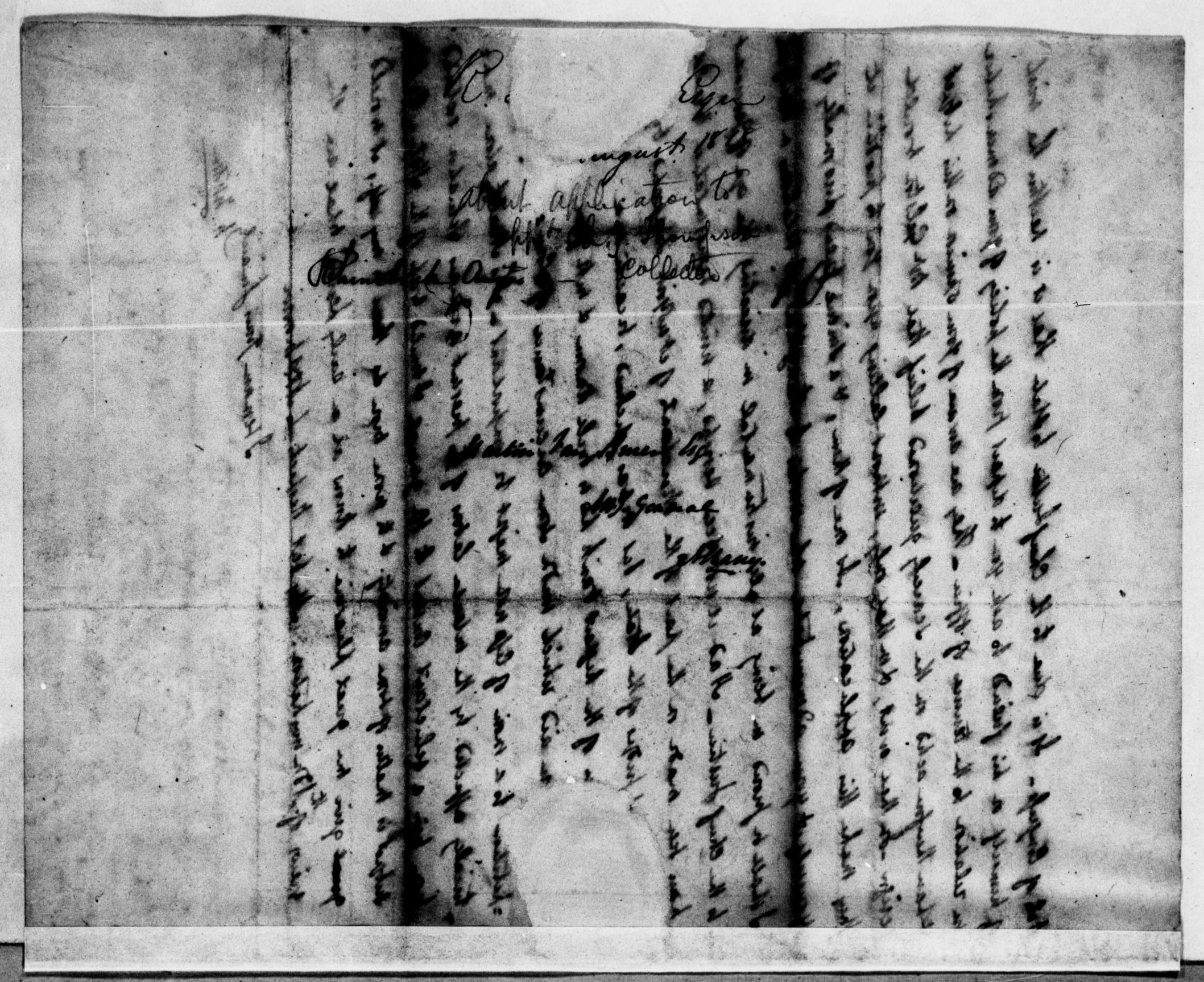