It was not in my power to meet you when in Albany in a way that gave me an opportunity of conversing with you on a subject which, you will readily believe, has some importance with me. I mean my restoration to office, which derives its consequence from the admitted fact that it is in the power of those friends with whom I have acted, to produce this event. The very beleif is suffic^i^ent, to carry a conviction that the implied disqualification, from the removal continues to operate against a restoration, & I can certainly bear a removal from my office by my enemies, with more moderation than I can tolerate a refusal to restore by my friends. Yet such, it will appear to the public, if under the beleif that my friends could restore me, I should continue to remain the first & only martyr to the late political change. Your intimacy with all the members of the council will enable you to know, what are their Views, if your influence is not sufficiently strong to control them, & therefore I shall esteem it a personal favor if you at some leisure moment will frankly inform me whether I can indulge the expectation of a restoration by the present Council. It is unnecessary for me to intimate to you what must be the feelings of a man to whose removal from office has been accompanied with the vilest insinuations as to his public & private character, against whom no circumstance of reproach & indeed of infamy has been wanting, which could tend to lessen him in the esteem of the public. You would scarcely credit the fact that such means ^as^ I could detail to you, could on any occasion be permitted to circulate. Their relation I cannot attempt because they were such as could only impose on the most weak & at the same time most prejudiced understanding. They came from a quarter irritated by my appointment & whose influence I now believe is at an end unless the folly of the next Legislature shou[ld] of place him in the Senate of the US. which is I now the avowed intention of his friends. I mean Judge S. Under these circumstances my restoration carries with it an importance which in my eye is neither der^i^ved from the honor or the emolument of the appointment, & therefore if there is still a langoring recollection of what may be considered due to me, I trust that tho' absent I shall not be forgotten. 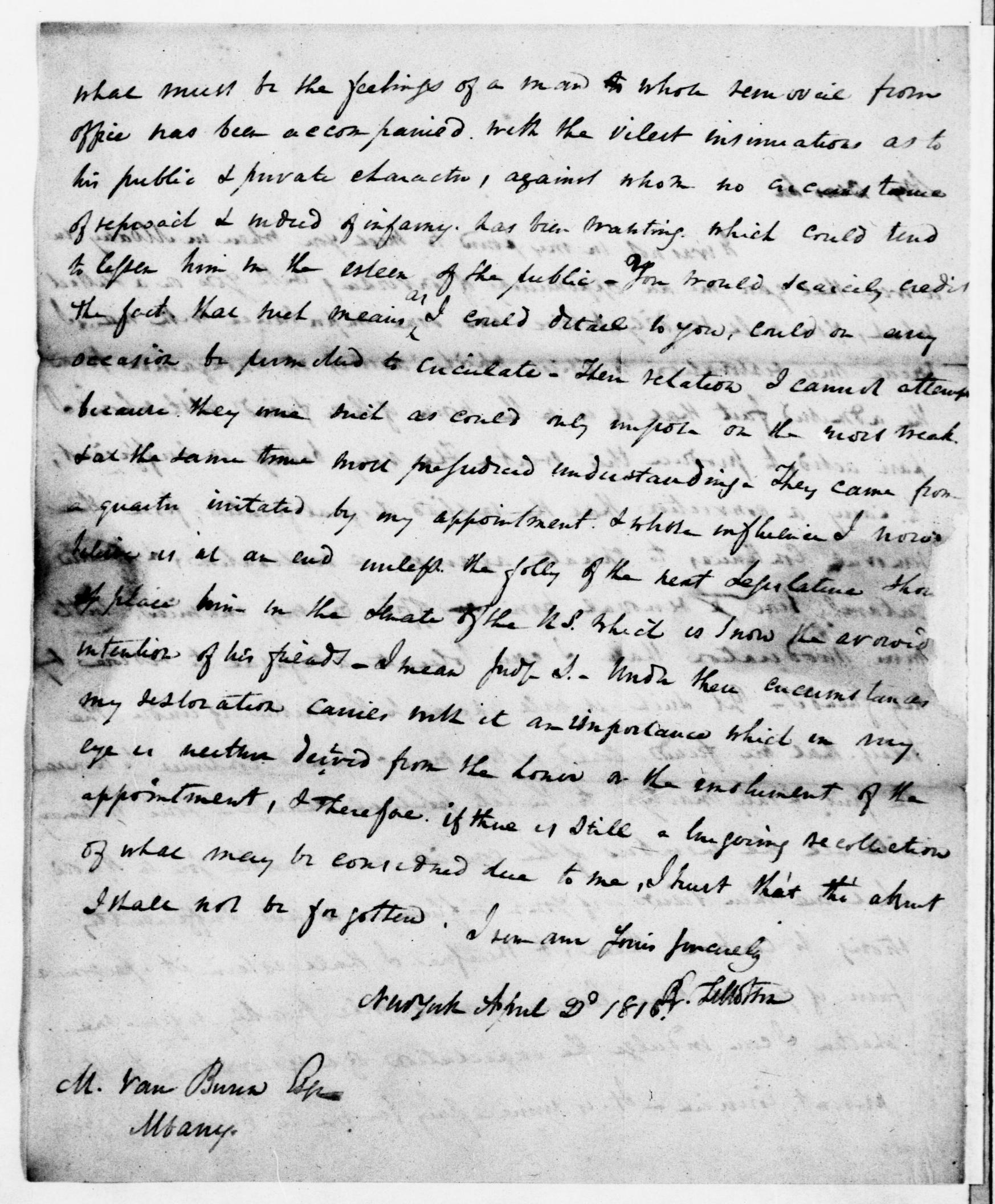 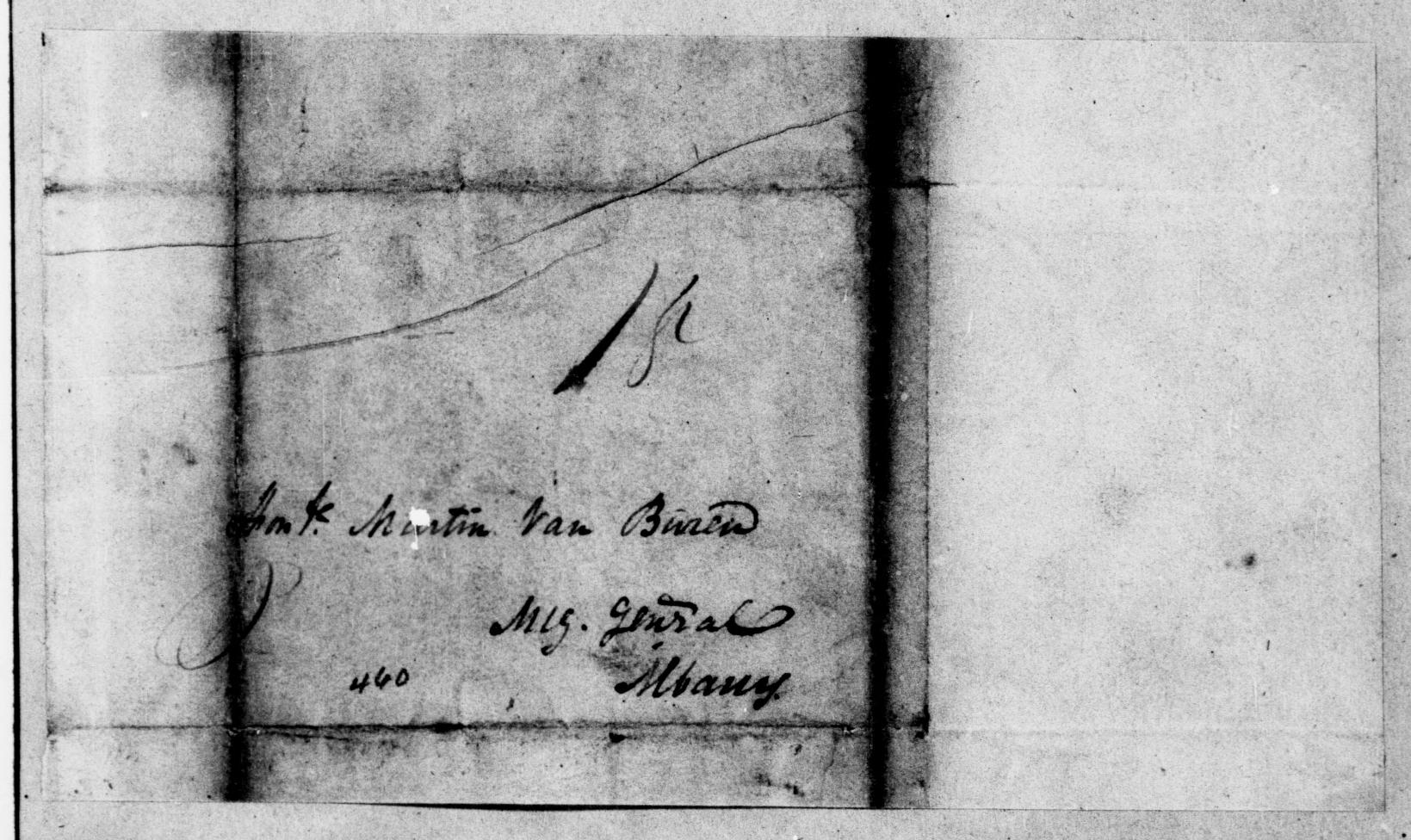