For many years past & indeed through the whole period of the ascendancy of the Republican party it has been the course almost uniformly pursued on similar occasions has been for the Republican members of the Legislature from the district to meet at Albany & designate the Counties from which the Candidates were to be taken leaving it to those counties thus designated to nominate their own Candidates. The Designations thus made have hitherto been adhered to with a fidelity honorable to the electors of the district and has resulted in the to that fidelity we owe are in a good great degree the preservation of indebted for the Harmony & consequent Republican success with of the party. On this occasion the same course has been pursued, a meeting of the Republican members was held, at which the representatives from otsego with a single exception attended, the claims of your county were advanced by yourself them & advocated with frankness & becoming perseverance For a full consideration however of all the circumstances, the meeting decided in favour of the counties of Delaware & Albany & those counties in pursuance of that decision of part have nominated their candidates & put them before the Electors of the district.

That a pursuance on the part of you the electors of Otsego in your support [. . .] endangers the election of <illegible>

That there never was a period in which unanimity among Republicans was more imperiously called for than the present is obvious, that with it we will again triumph all superior forces. To this end & in view of the facts & considerations we have stated we respectfully request solicit your declension of the nomination conferred on you by the Republicans of otsego & from the pariotic stand you have taken on the great question which at this moment agitates the party we feel an entire confidence that it will give you pleasure to a complyiance with our request wishes will afford you pleasure. 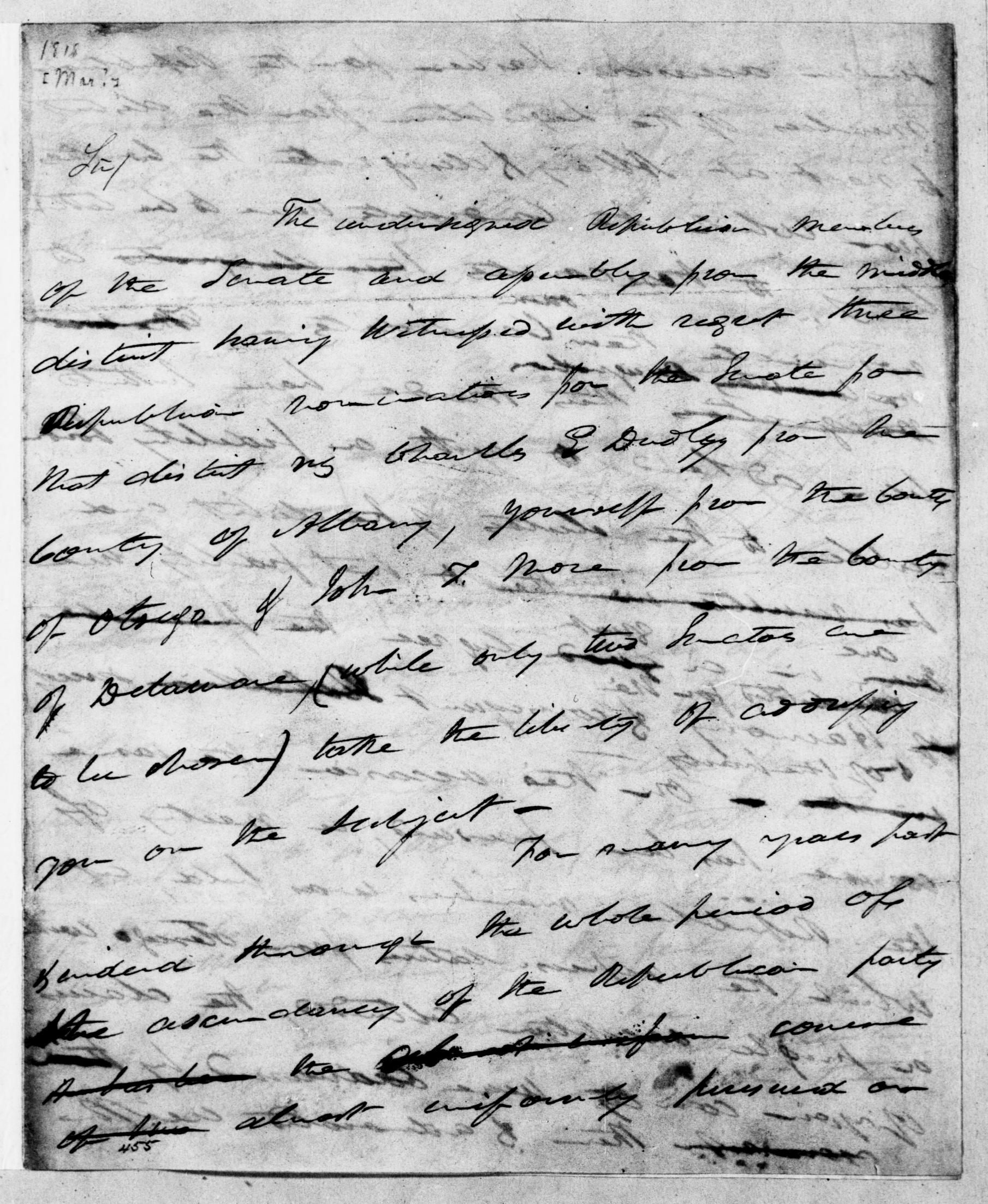 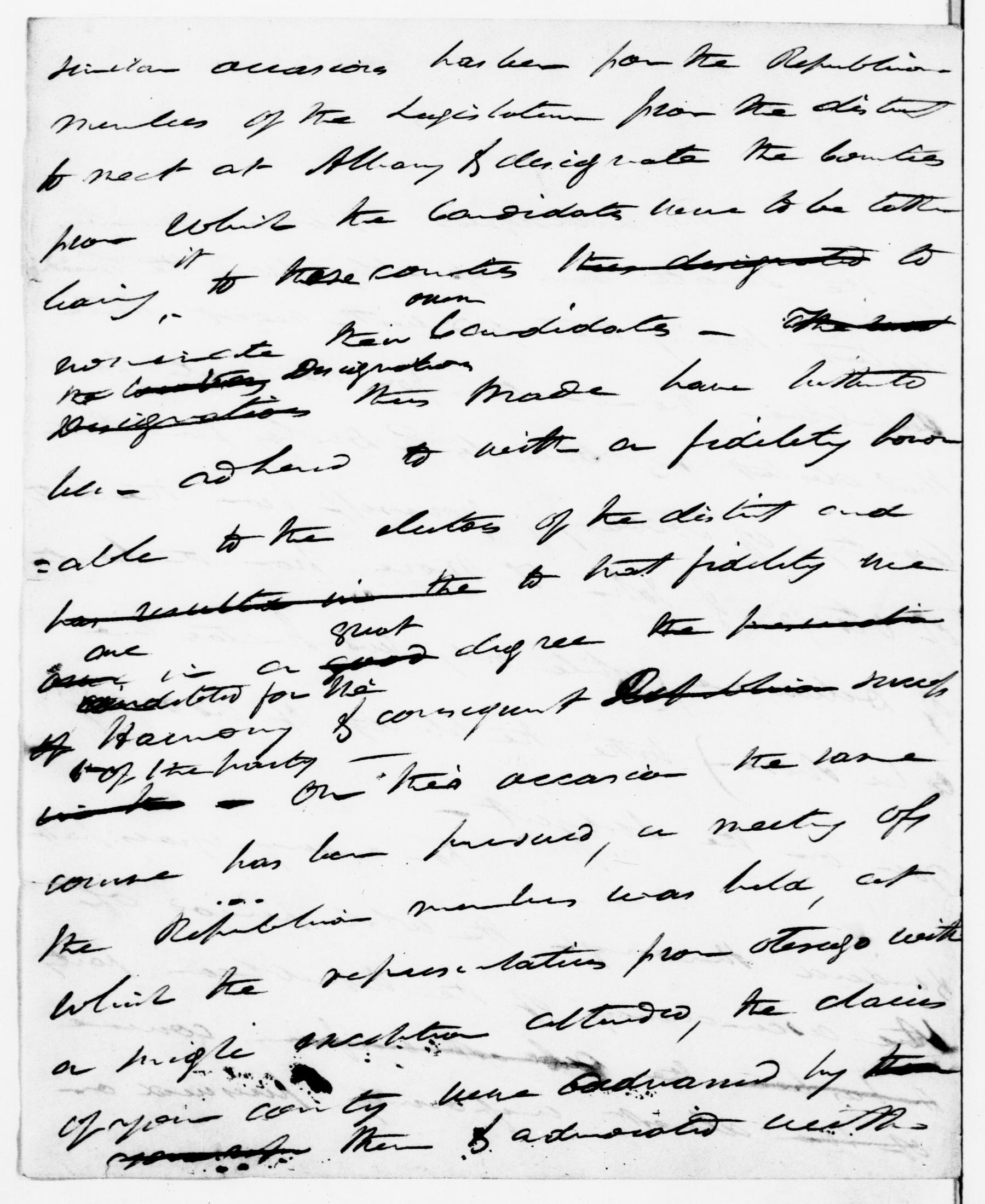 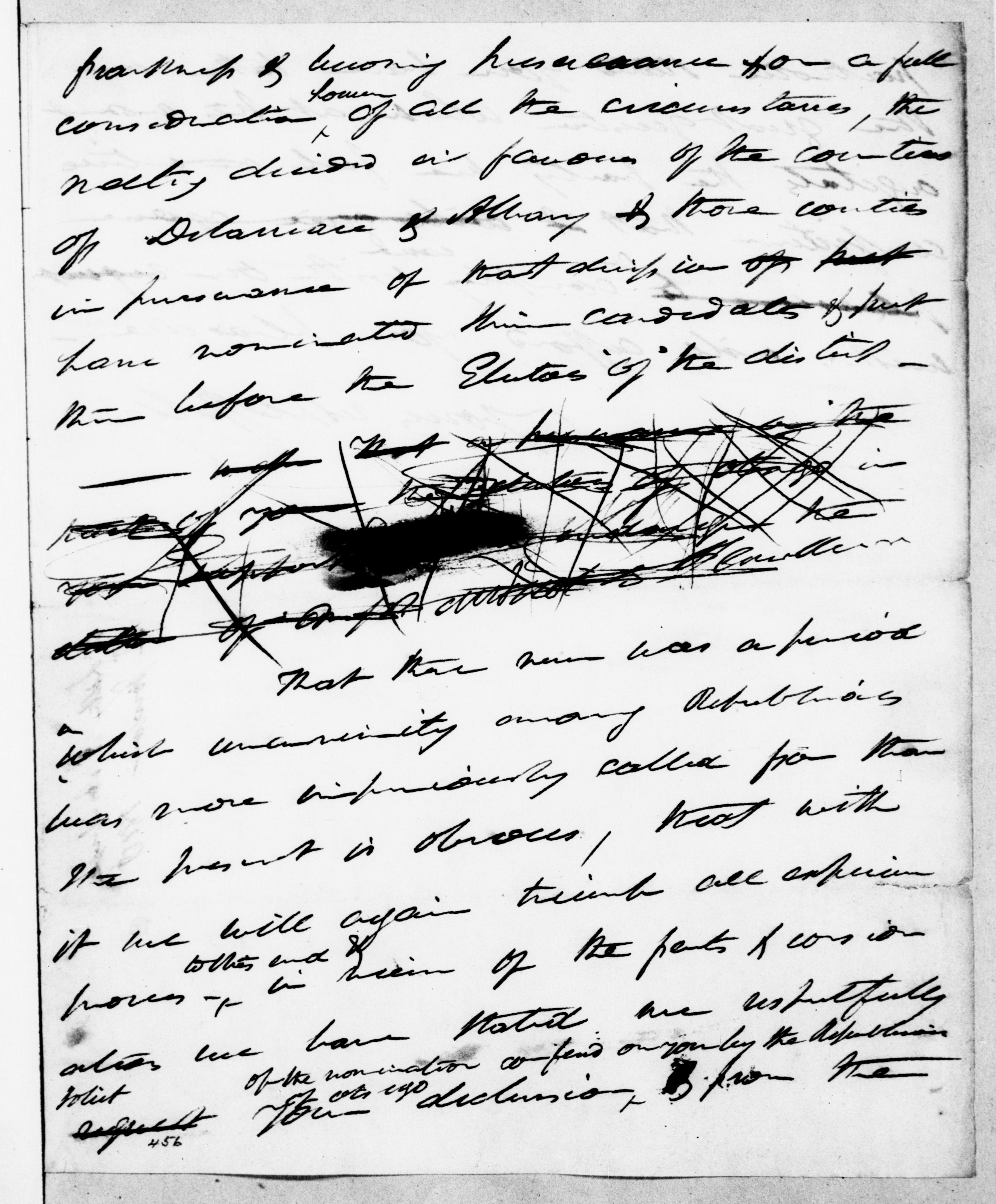 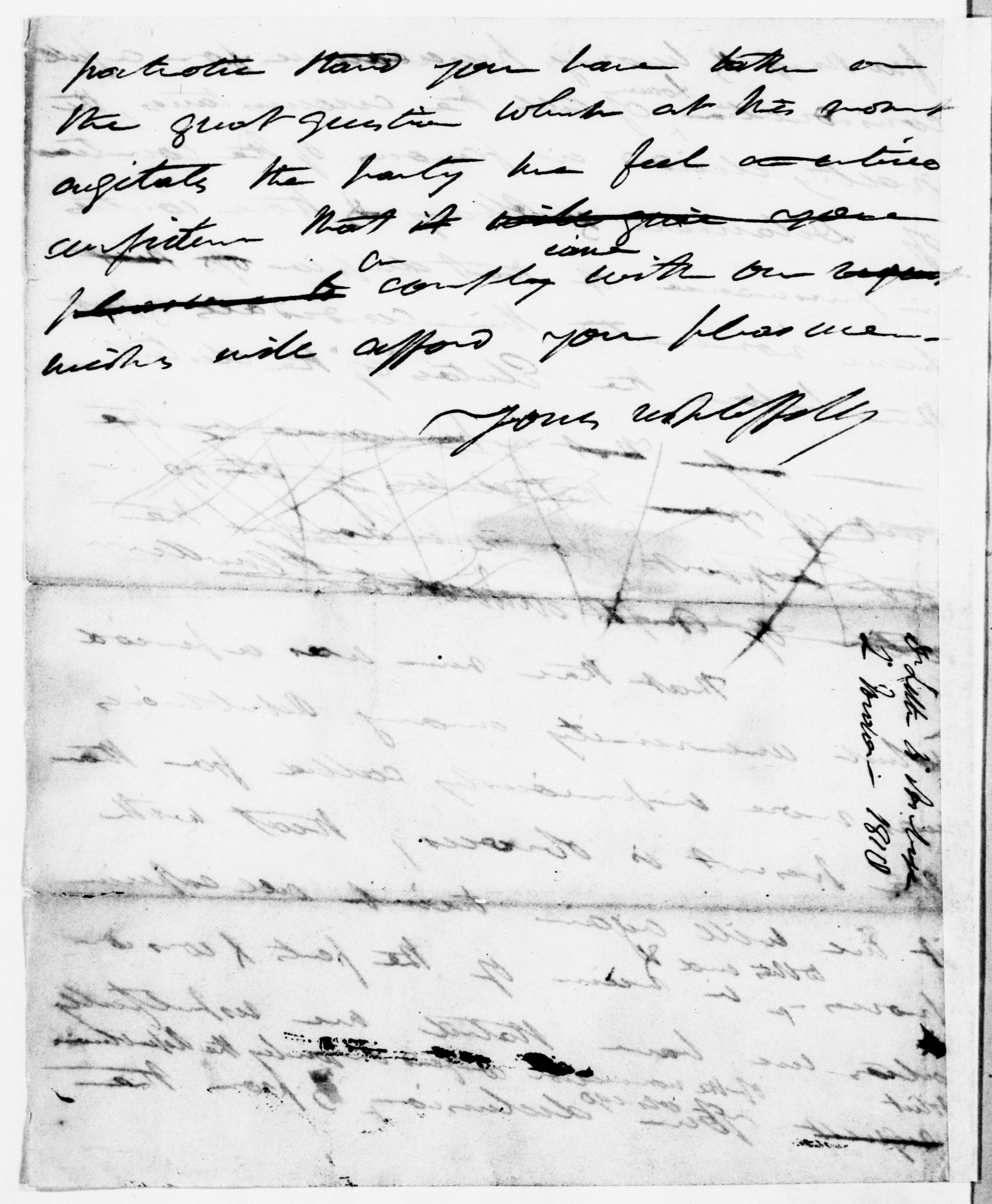 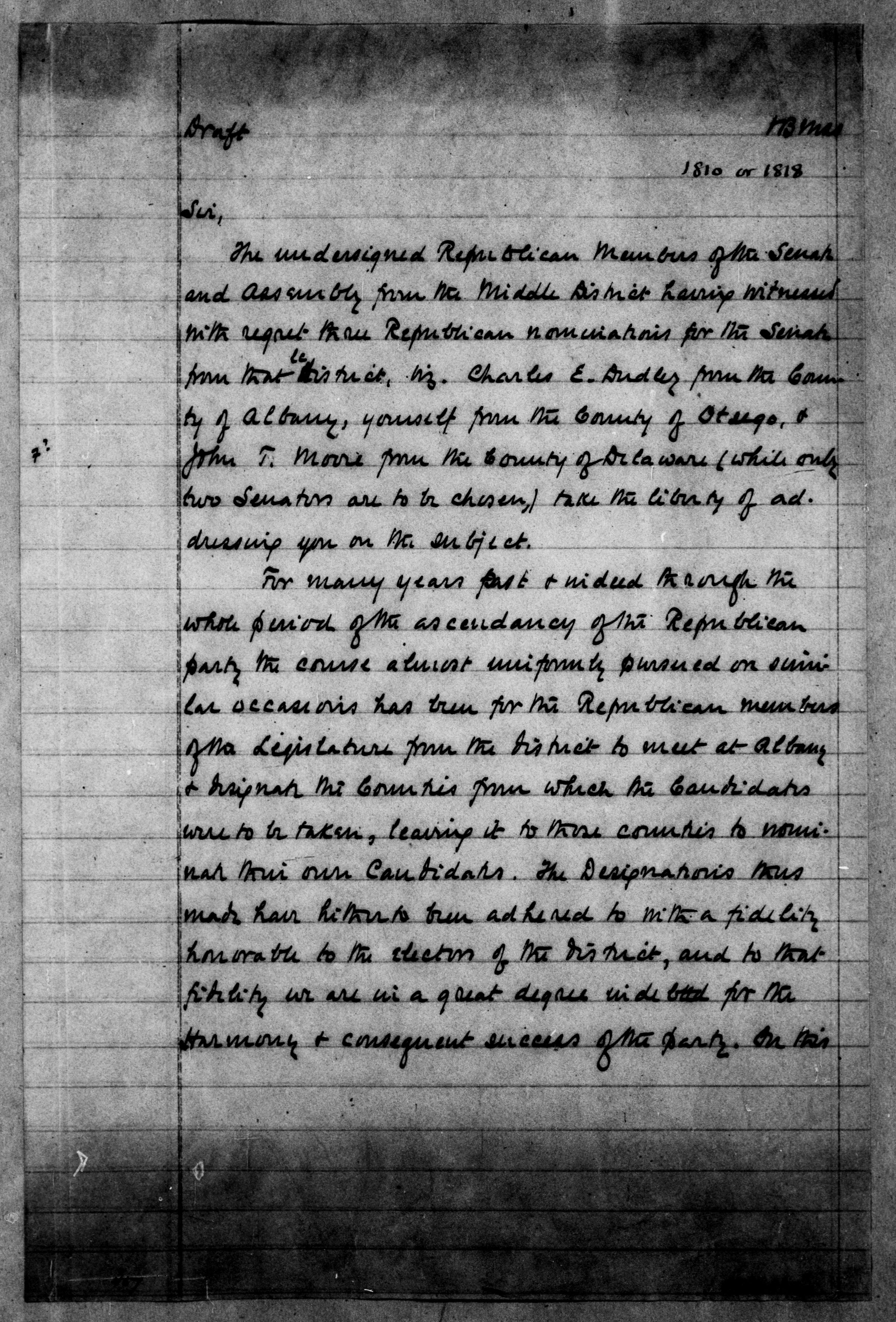 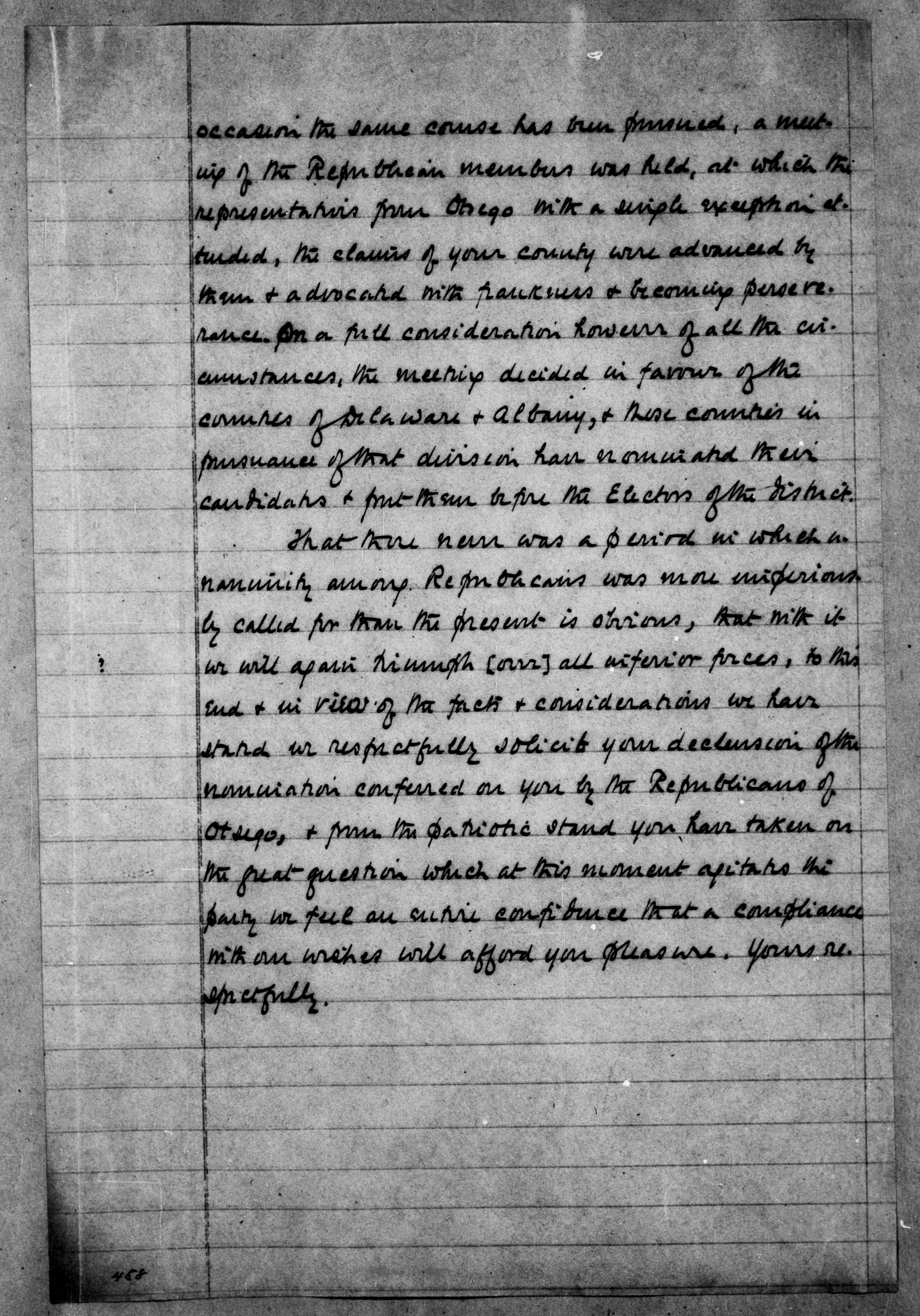