On my return & since I have seen many of my friends both in this County & Onendago, who feel great solicitude on the question of Governor nomination, and I am perfectly satisfied that public opinion in this quarter has undergone a great change since the time I left home. Instead of the hostility to Mr Clinton with which I left them I find rather a desire that he should be nominated. This result has been brought about by Mr Clinton's being continually kept before the public eye, without an opponent, and the desire of having the Canal made. The latter consideration operates most powerfully without ^upon^ our northern brethren. Indeed so far has public opinion entrenched itself in Mr Clintons favor, I doubt not but he would receive a heavy support here should he be set up in opposition to a regular nomination. You will recollect that when you first mentioned Genl Porters name to me I hesitated. I find that my opinions were at that time correct. He is not the popular man in this quarter. Reflecting men here say that between the dignity & talents of the one, and the dissolute character the other there can be no competition. And all agree that the harmony of the party require the nomination of Mr Clinton. You will readily perceive that I speak with a freedom intended only for your ears. I shall write to no other person on the subject that you may have the full benefit of my information & opinion. on the subject I hope you will yeild to the efforts of the opposition to induce Porter to decline, and act in such manner, under what I conceive desperate circumstances, as your good Judgment will dictate. A state of things now exist, by which the whole strength of the party may be united without hazard to any person we are desirous to <serve>. I hope you will do me the Justice to admit that the communication is dictated solely by my regard to you. 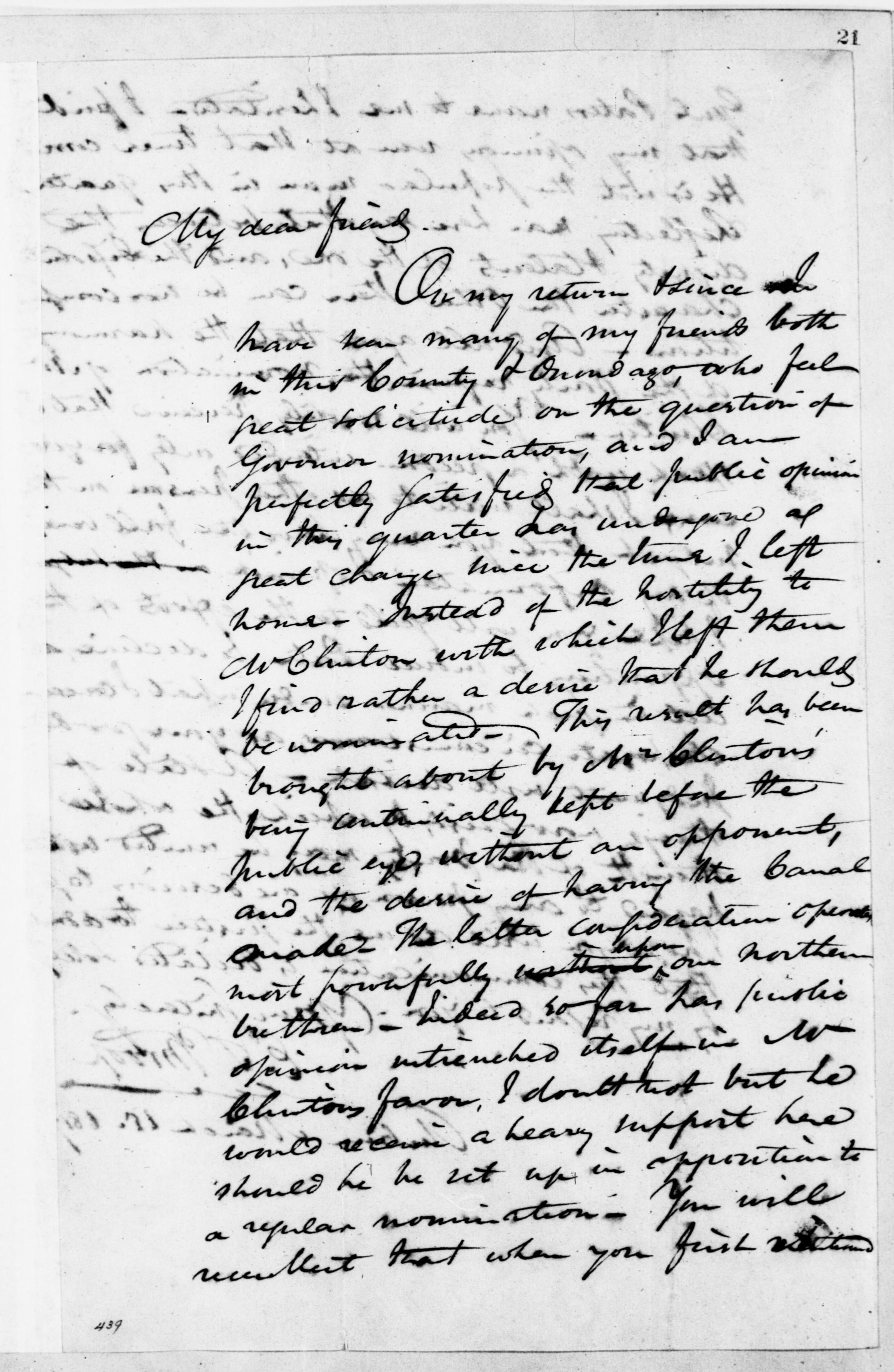 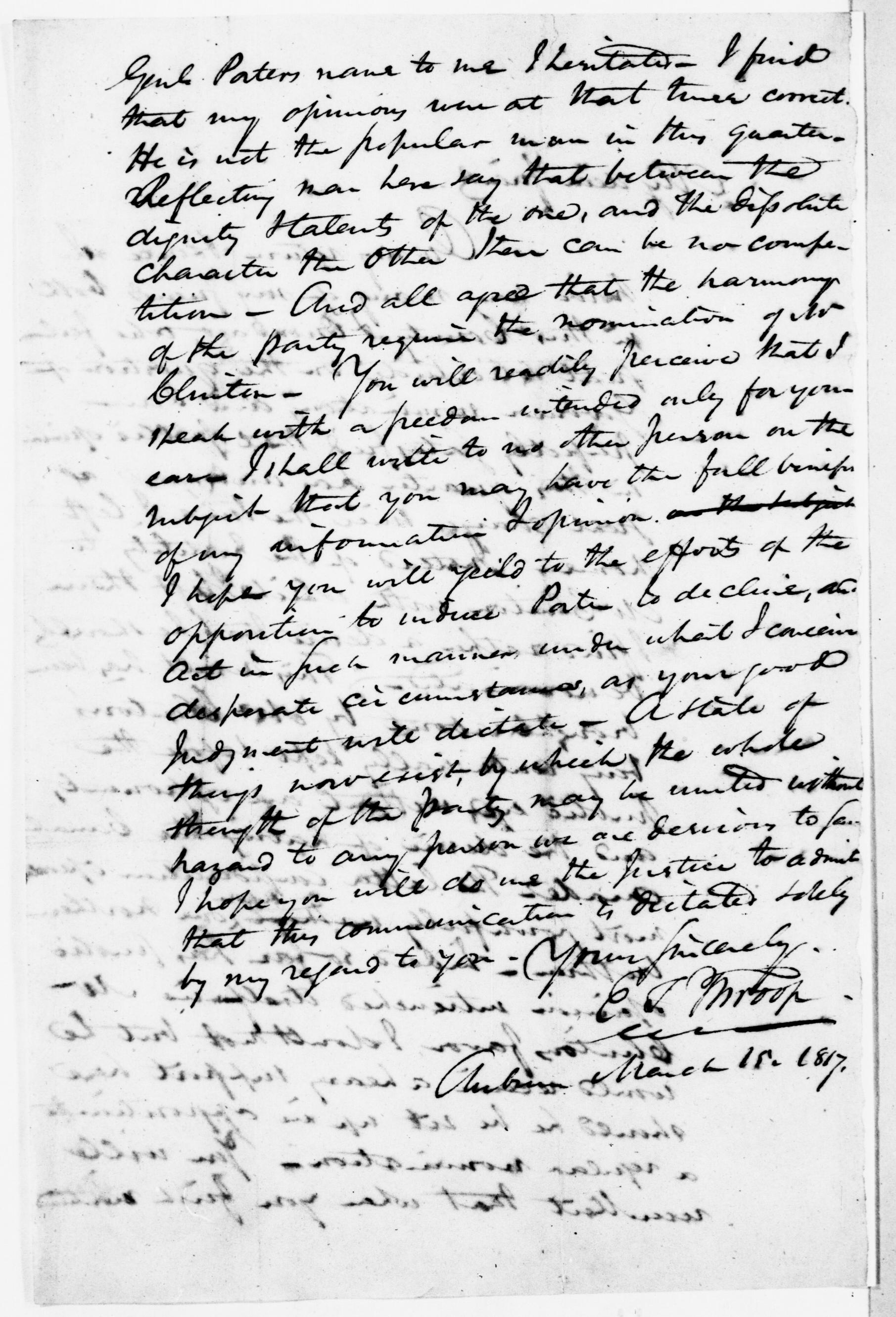 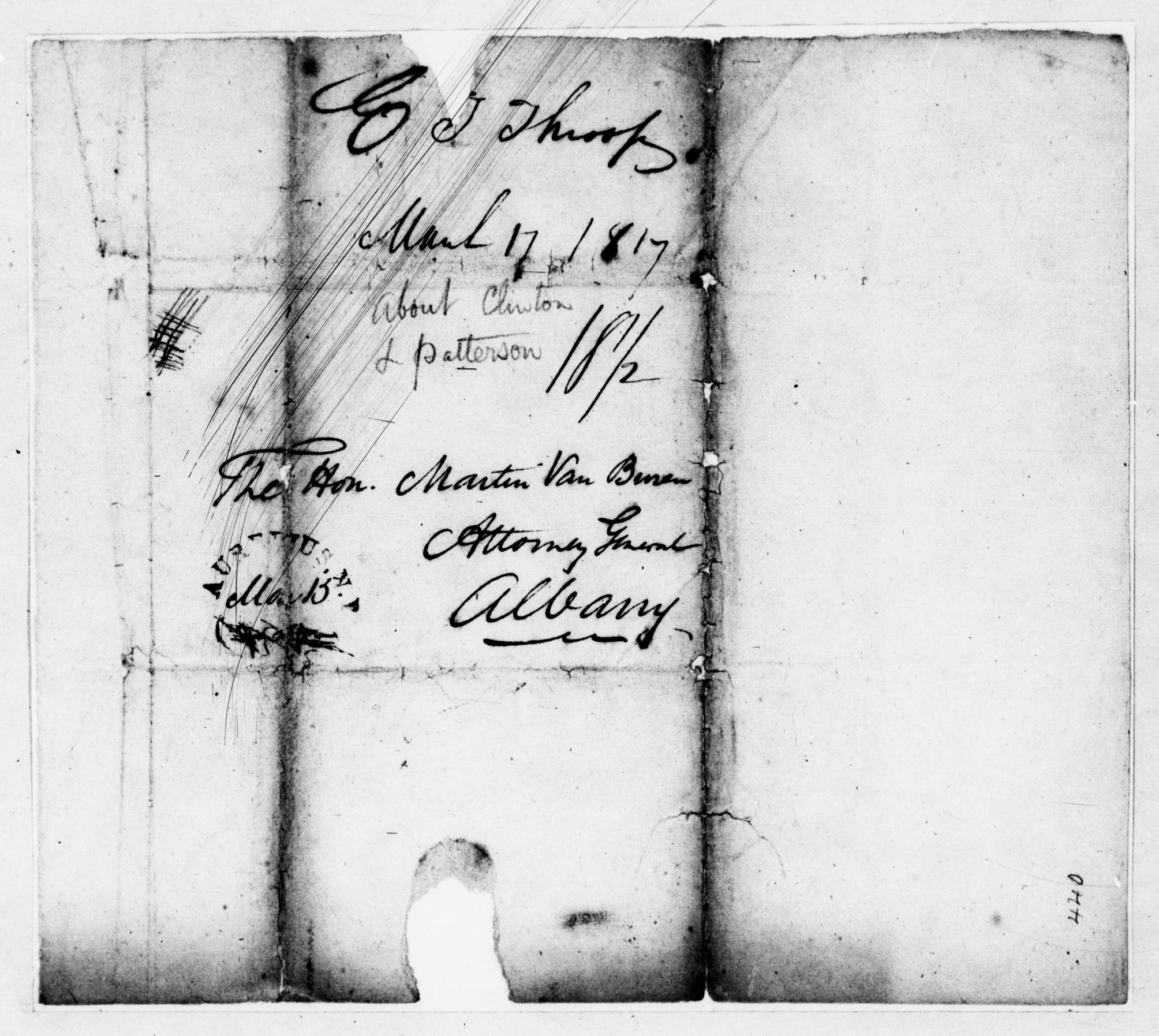