I received this afternoon your favor of the 4th inst. You will have perceived by the public papers, that the information of General Porters consenting to stand as a candidate for the office of Governor, had been already received in this City. I attended the public dinner, given on the 4th in honor of the inauguration of the President and Vice President of the U States. The assemblage consisted of about three hundred of the most respectable of the Republican party in this City. General John Swartwout offered P B Porter as a toast accompanied with high encomiums on his character and services and with a recommendation that the highest office in the gift of the people should be bestowed on him. The toast was drank with great enthusiasm, and was followed by nine cheers. The current this way runs strong and decided for Porter and at the ward meetings which are called for the ensuing week, I expect the public sentiment will be fully and openly expressed for him. Our friends are actively looking after Kings and Queens. I think it probable that General P. and W P Van Ness will be here together from Washington in three or four days.

John Van Buren's name, likely in his hand and in various spellings, appears several times at the top of pg. 1 and on the docket. 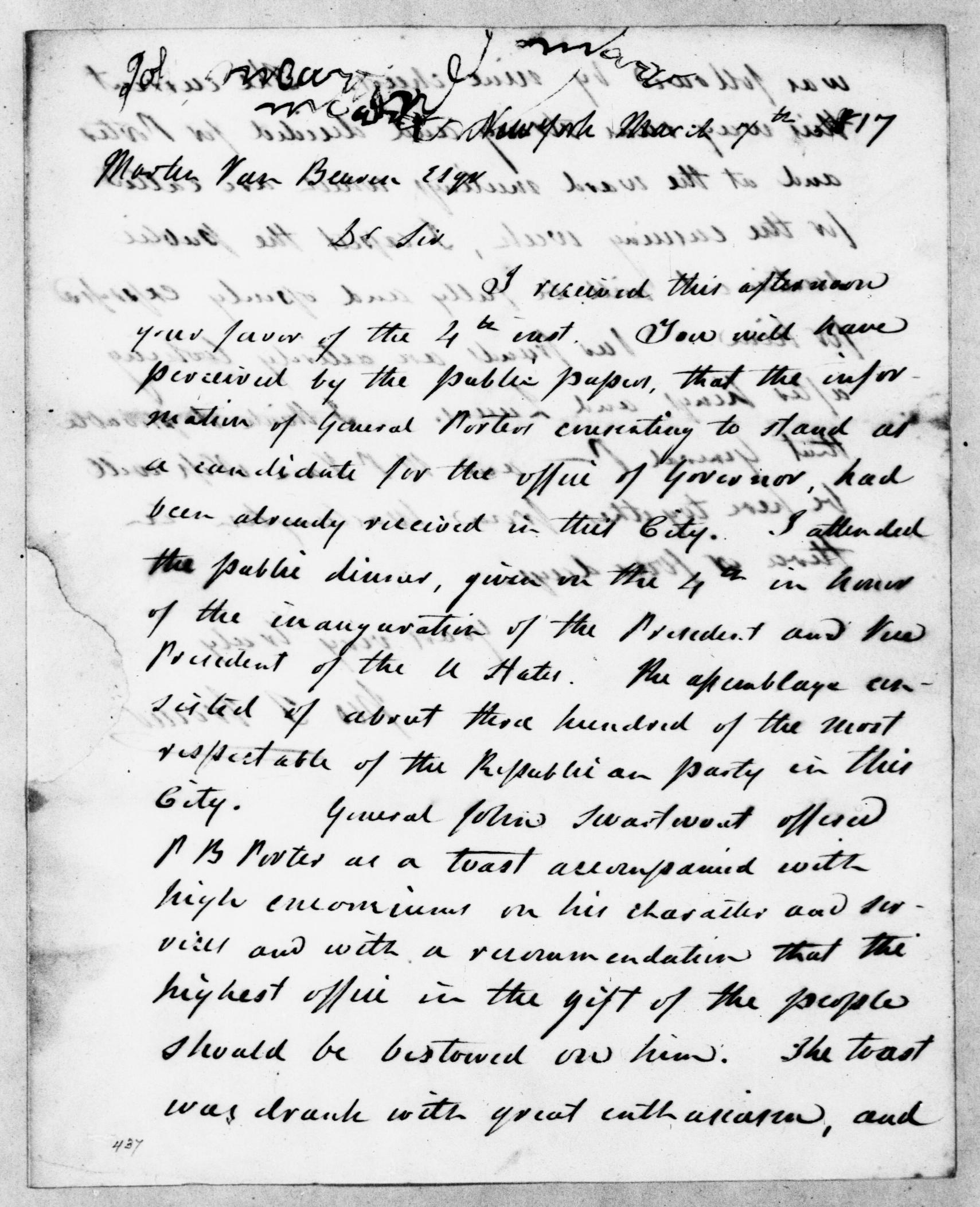 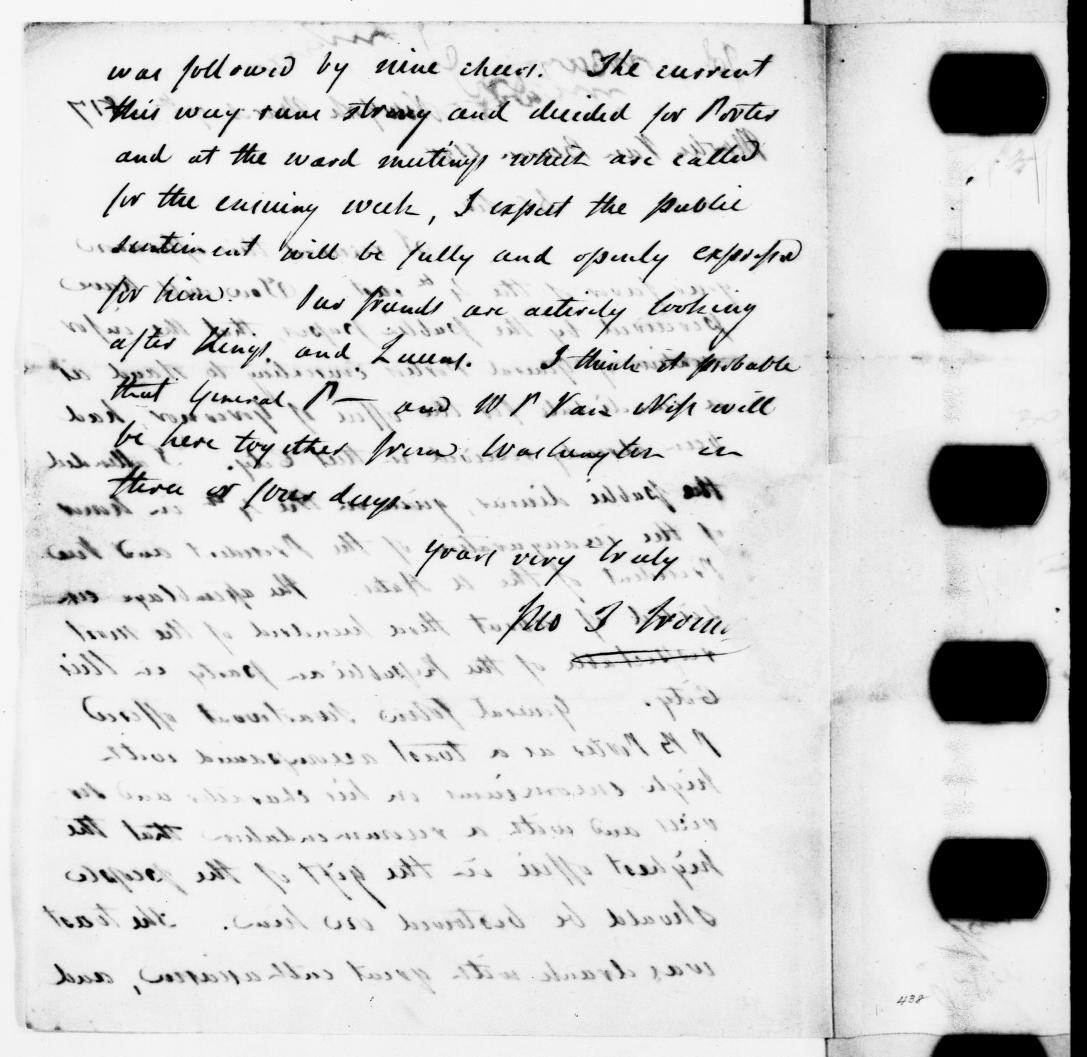 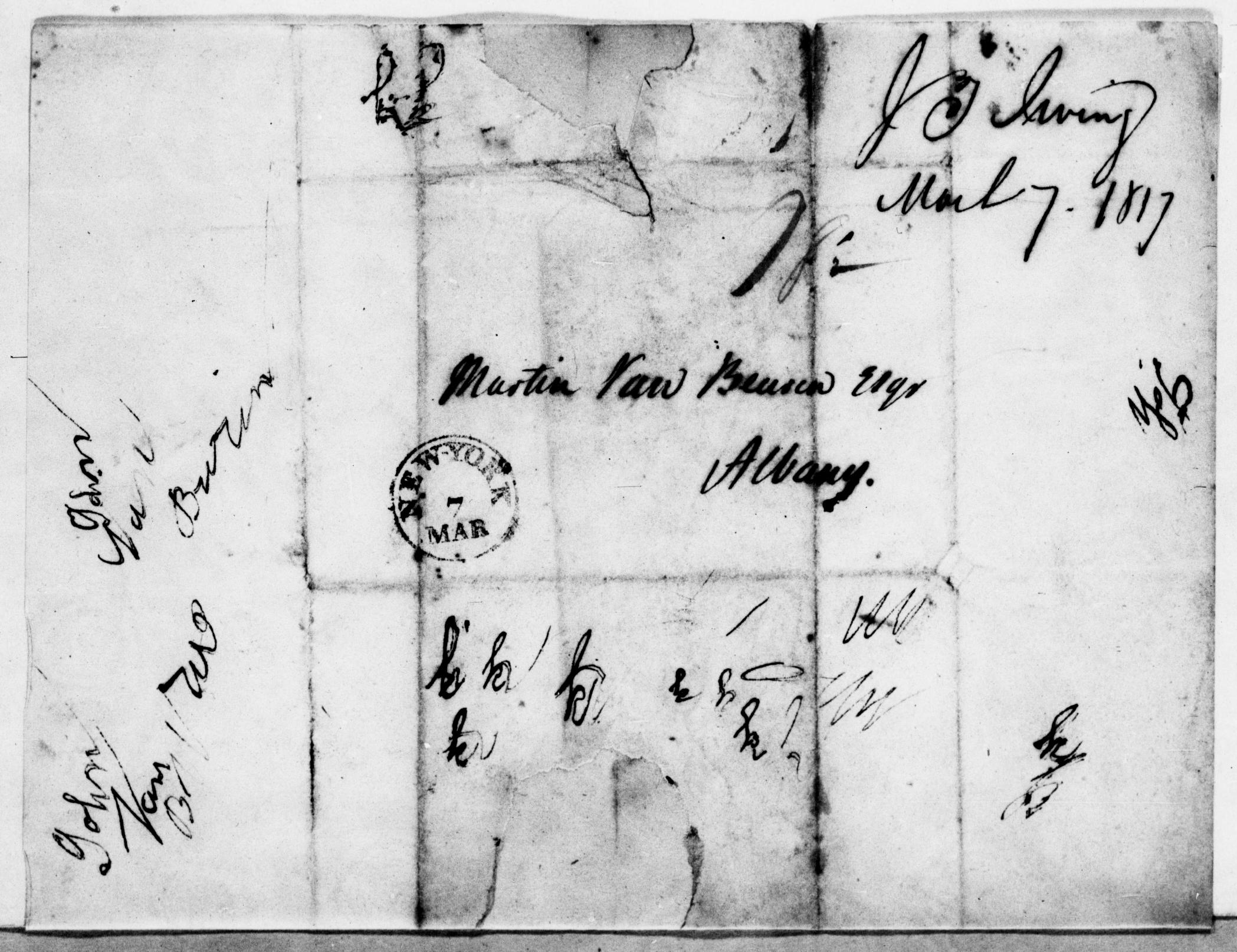