On the 10th. Inst. I addressed a line to Mr Van Buren, acknowledging the favour receipt of your letter of the 3rd, and engaging to meet Mr Tillotson at Philadelphia on the 14th foreseeing, at that time, nothing in the state of my business, which would prevent my leaving Washington this morning. My engagement was not, however, intended to be dependent on any contingency of that sort, for I had come to the resolution (induced by the urgency of your request, and the probability that the object of the interview might require my presence at some other place) to take my departure this morning, whatever should be the state of business here. Such continued to be my arrangement untill last evening, when I was informed by the Gentleman, through whose hands I received your letter, that he had been informed from a source not to be questioned, that the object of the meeting at Pha was to consult me on the subject of my being a candidate for an executive office in the State of NewYork; and this information has induced me to review and alter my arrangements.

The Bill for the relief of the Niagara Sufferers has only passed in committee of the Whole in the House of Reps. Its fate is very doubtful; and will probably ^be^ decided in the House to day. If successfull it will be sent to the Senate to-morrow. My friends and neighbours, whose whole property is at stake on this bill, place much reliance on my exertions, and the information & explanations which I have it in my power to give; and they would hardly pardon me, were I to abandon their interests in the present critical stage without the most urgent necessity. This consideration, added to the disclosure that the object of your communication may be as well answered here, as at Philadelphia, is my only apology, and I trust it will be deemed a sufficient one, for deviating from my engagement.

Assuming the information I have received relative to your views to be correct, I most heartily thank you for your kind intentions. But after the deliberate consideration of the subject which my respect for your opinions & wishes could not fail to produce, I find that it would be impossible to accede to such a proposition, if it were to be made.

My reasons for declining it would be First, That I feel conscious that I do not possess the requisite talents & qualifications for an office which has the direction of such great & complicated interests. And in the second place, that I am unwilling after the political as well as physical bastings which I have endured for the six last years, to enter anew the lists of political controversy.

The Government has very generously bestowed on me an office quite equal, both in respectability & emoluments, to any thing I had a right to expect; and I prise it the more on account of the quiet & abstraction with which it may be discharged. You will not however I trust infer from this observation that my views are altogether selfish. I feel most sensibly for the unhappy divisions in which ambition & intrigue have embroiled the republican party in NewYork, for several years past: and there is scarcely any sacrafice of private feeling that I would not offer to restore its harmony, and ensure the march of that proud state to the high & happy destinies, which nothing but crime or folly can prevent but from attaining. This consideration, however, has nothing to do with the object of this letter, as I am perfectly certain satisfied that there are hundreds to be found, who are not only better qualified to discharge the duties of the office in question, but who would much better unite the sentiments of the republican party, than myself.

I shall leave this in four or five days for Albany, where I will use my best exertions in support of the Candidate whom the Republican Members shall nominate.

I am, with great respect 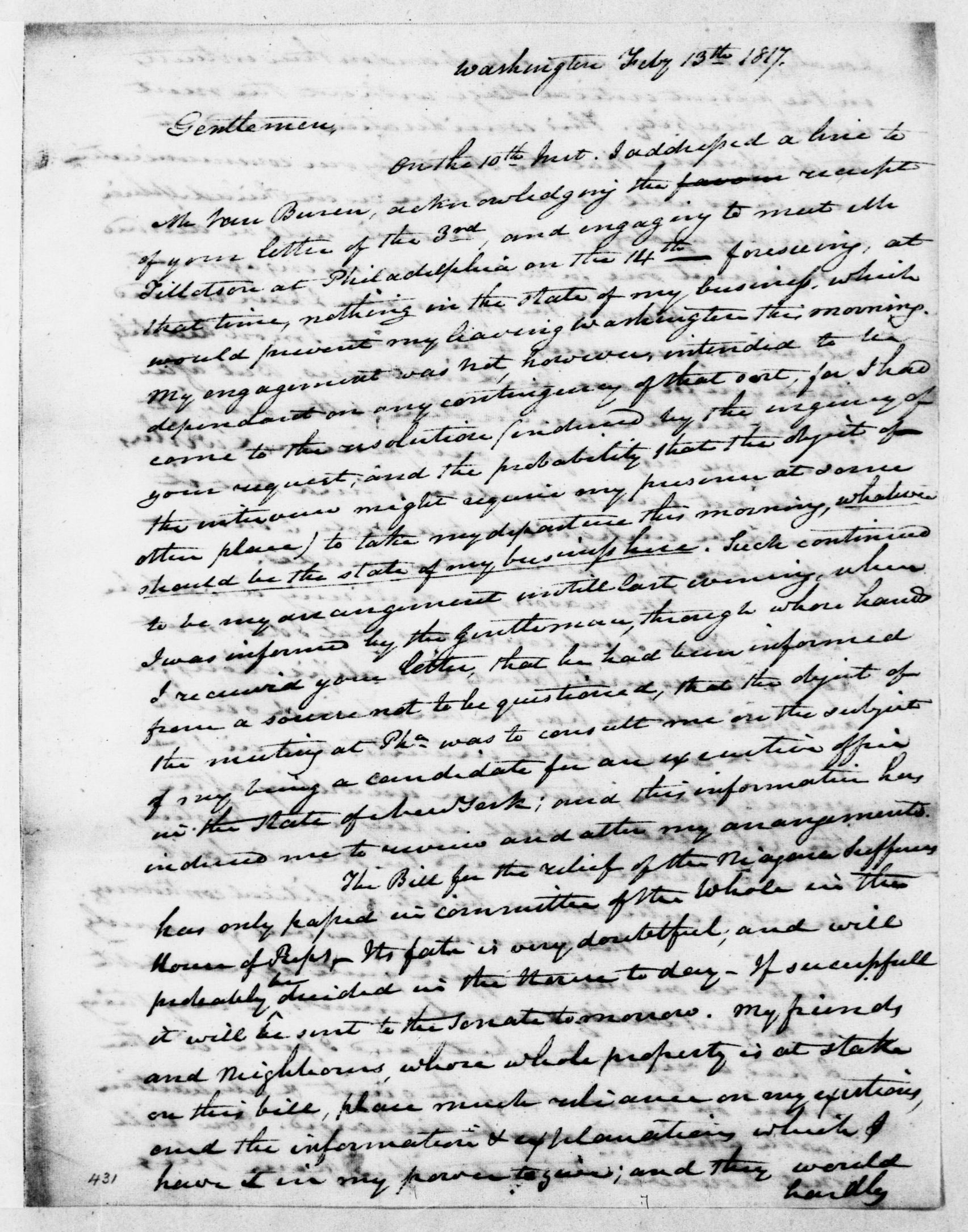 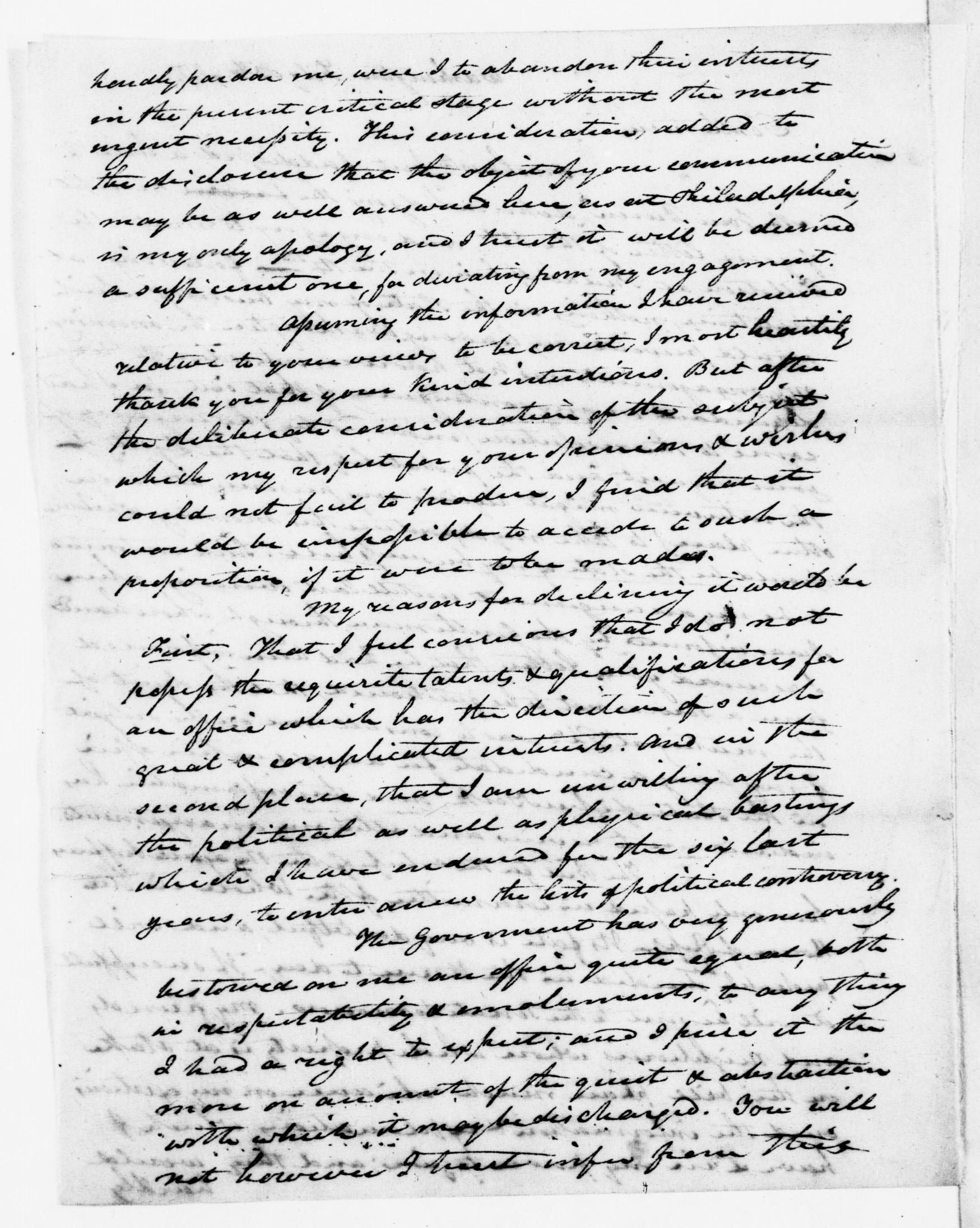 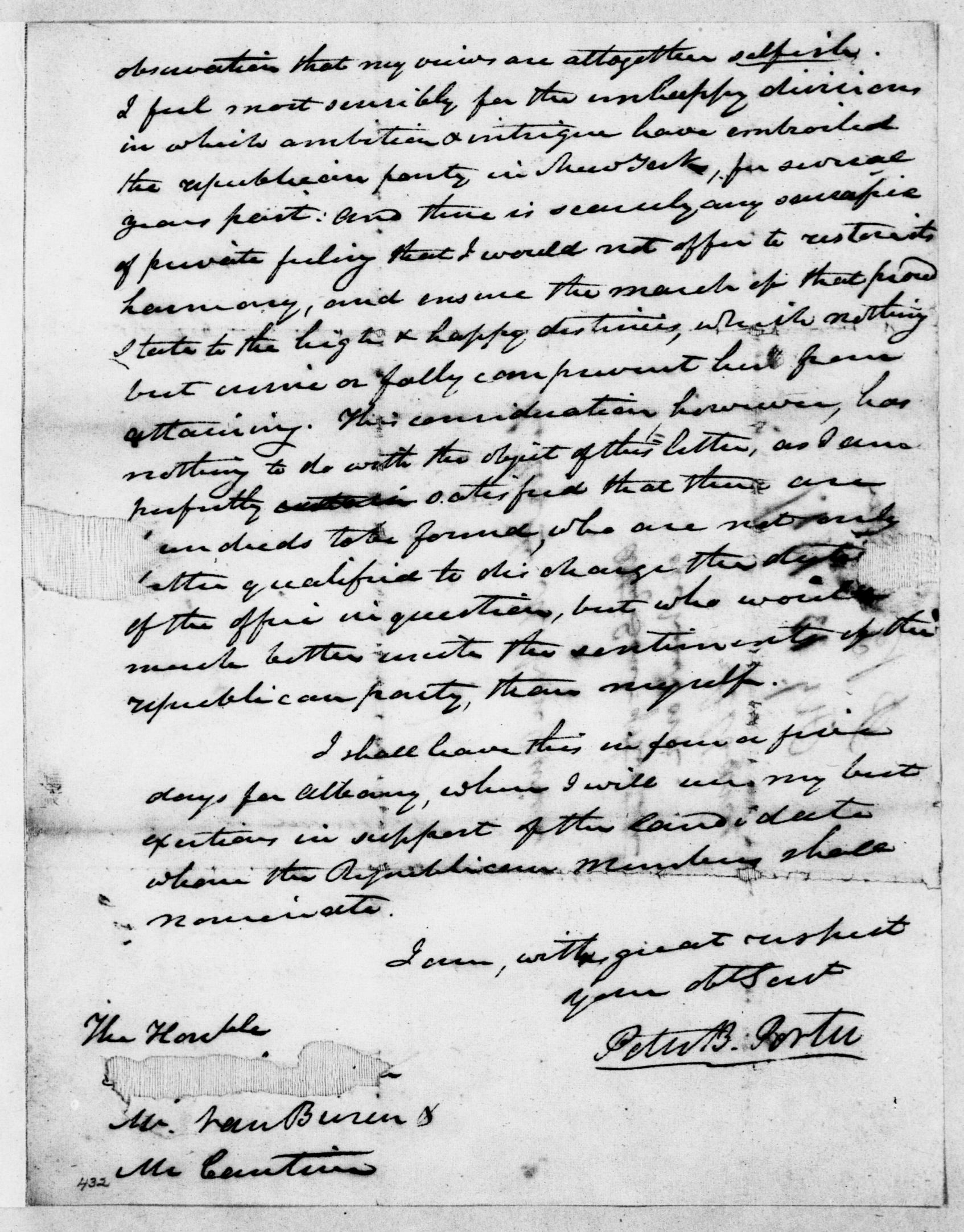 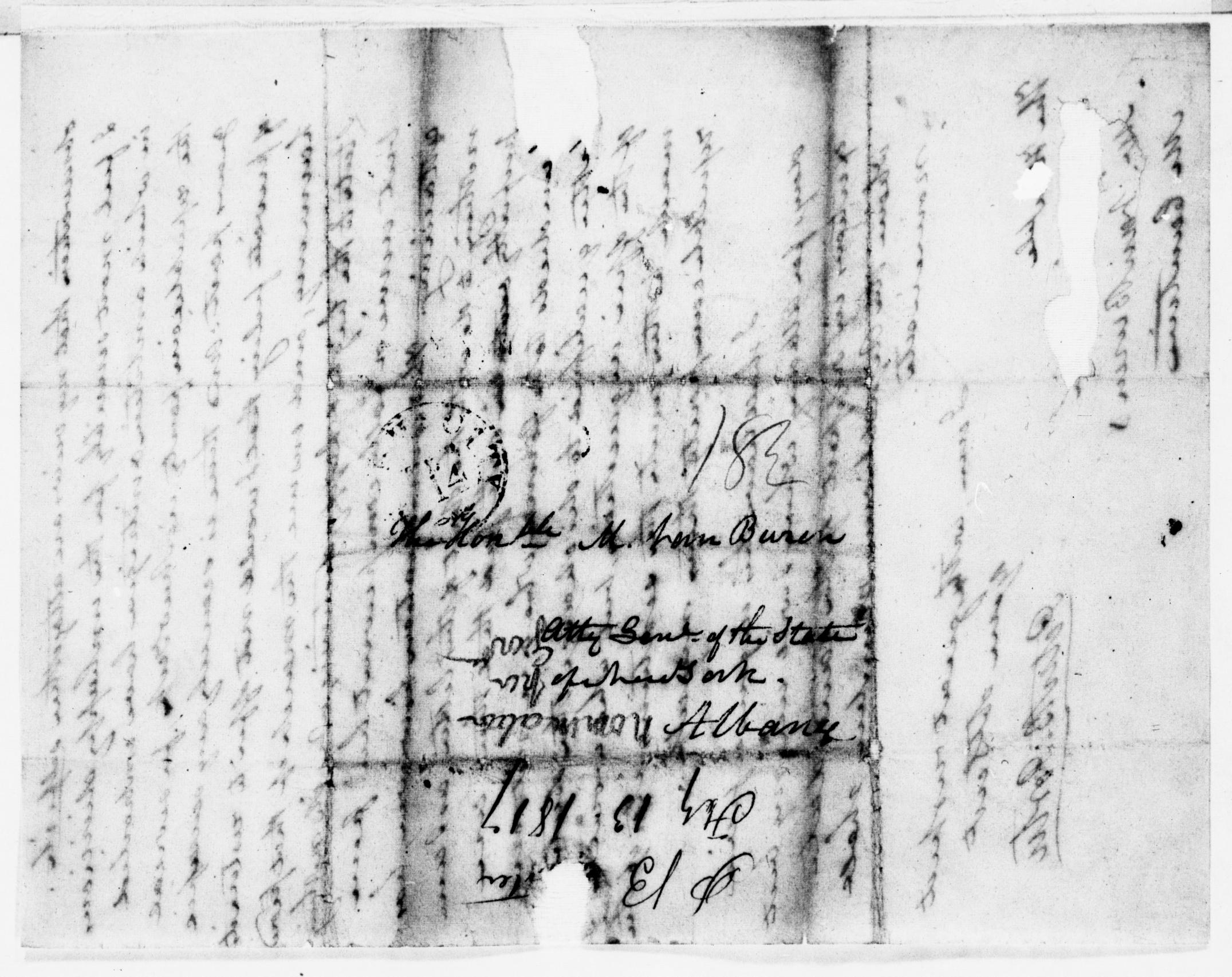