The Letter signed by the Chief Justice Mr Cantine & yourself, requesting me to meet Mr T. at Philadelphia on the 12th Inst. was handed to me, by Judge VanNess, on saturday evening.

The situation of my business absolutely forbids my leaving Washington before the 13th on the morning of which day I had made my arrangements to set out for N.York. Today or tomorrow the question of indemnifying the niagara Sufferers, so interesting to my neighbours, and which brought me to this place, will be decided in the house of Representatives. But, what will more particularly detain me, I have some indispensible arrangements to make with the Secy of State, relative to the Boundary commission, which will require two days at least. I shall leave washington on Thursday morning in the mail Stage, and, keeping that conveyance, will meet Mr T. at Pha on friday, or, in case he should return, at N.York on the succeeding day—and I have so written him.

I regret that you did not think proper to disclose the object of the interview proposed interview further than to intimate that it is of a political character; because I think it not improbable that this object (whatever it might be) would in that case have been more satisfactorily & speedily attained.

With the best wishes for your success & happiness I remain 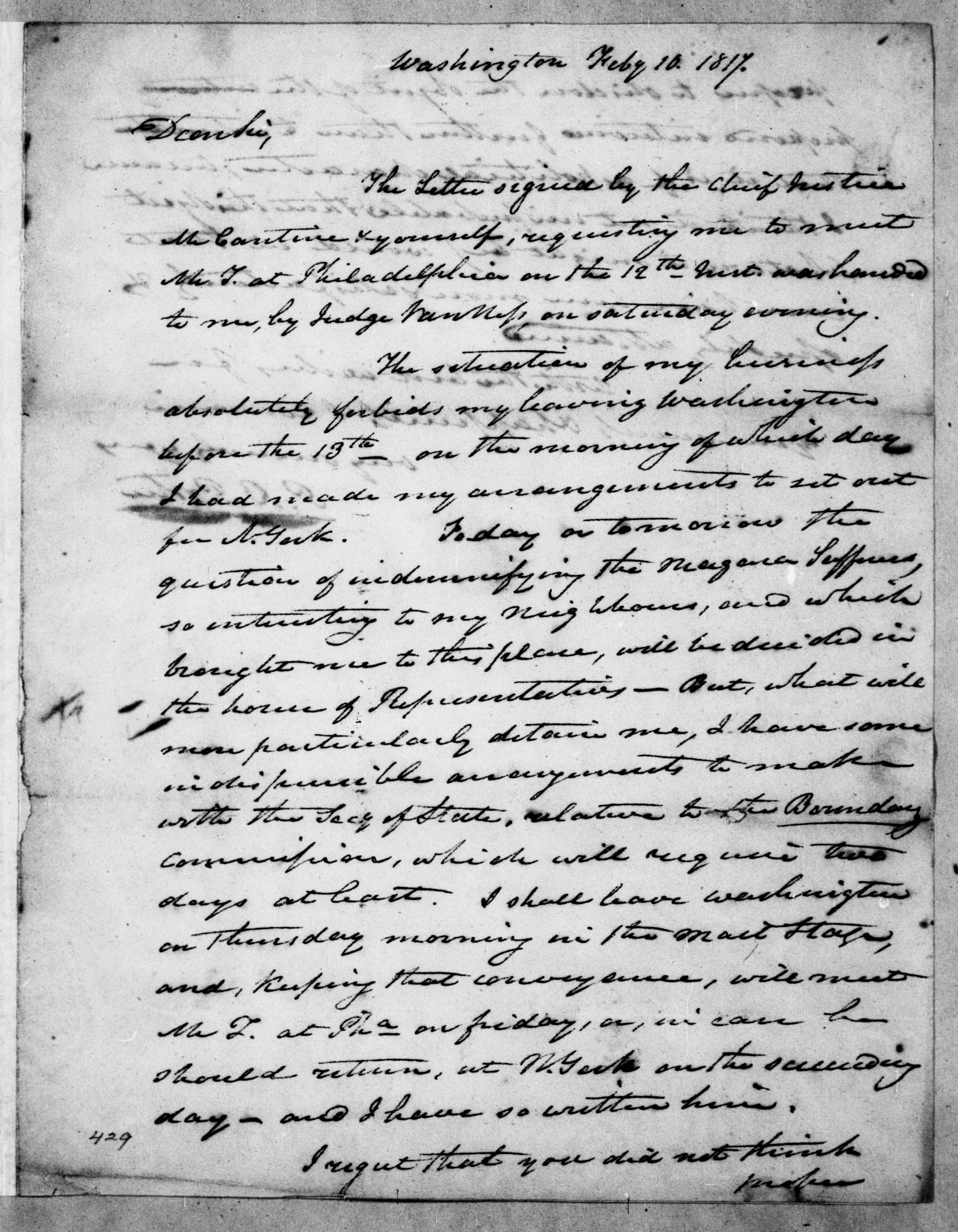 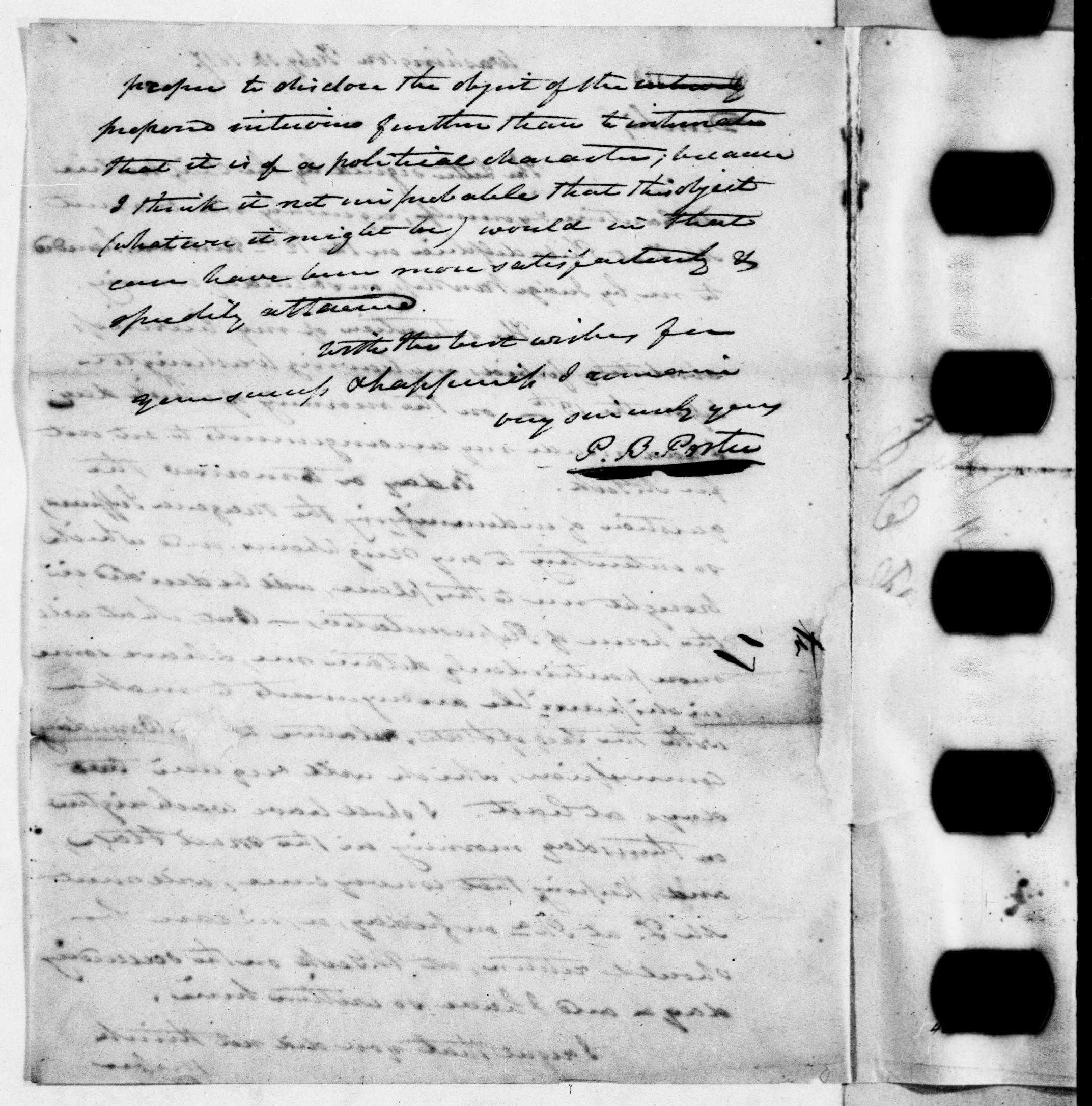 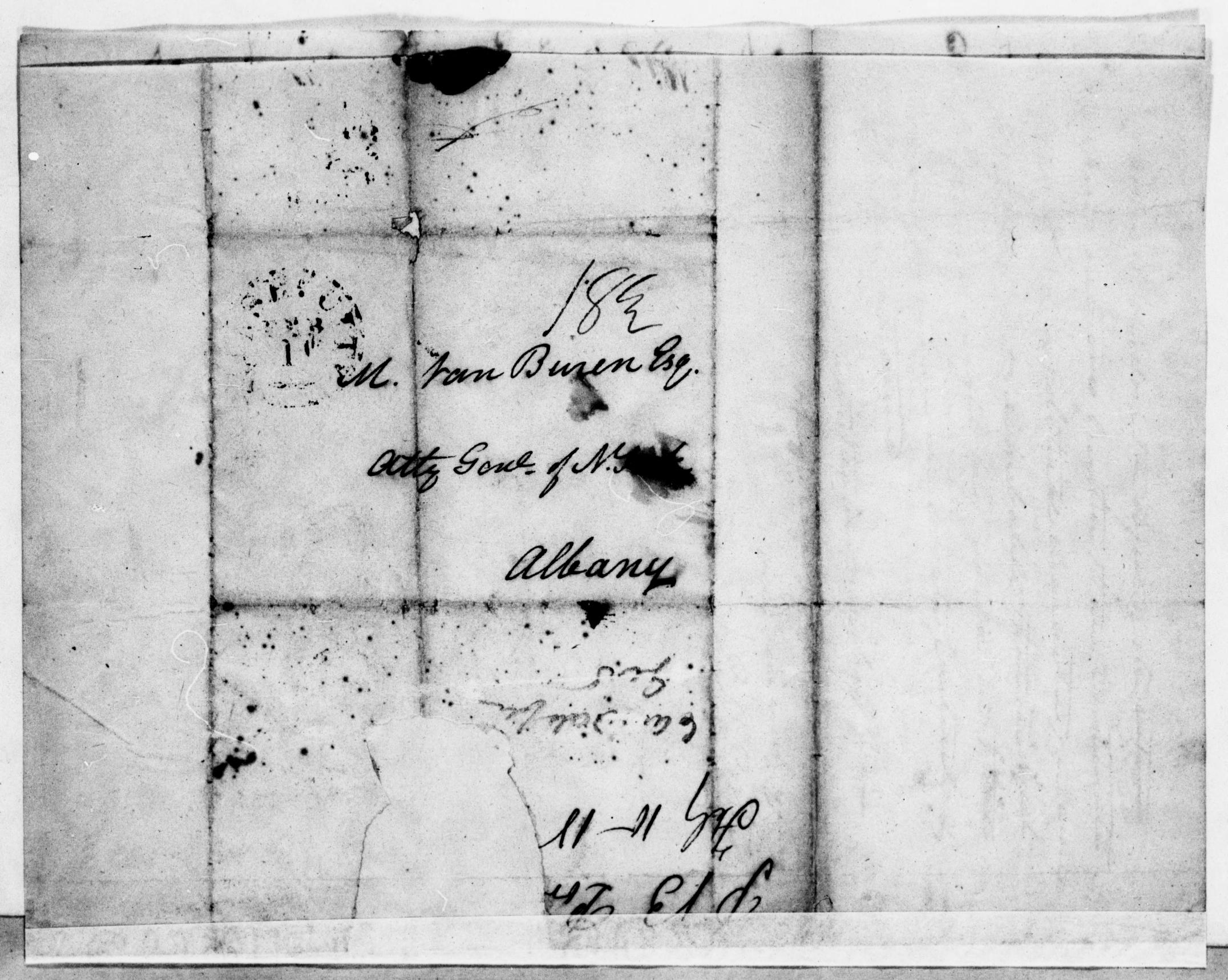