In answer to your letter of yesterday I can only give you rather general information. Our prospects are favorable from every quarter. Increased majorities compared with the last Governor election. In Albany K. has 602 majority. You have 26 less than the other Republican candidates. This shameful under handed attack upon you, you will see has had but very little effect. It is a little difficult at present to say precisely, how and where this opposition originated time will disclose the whole. The persons principally concerned openly, as I understand have been <Js> Isiah Townsend, Van Ness and I believe Parker. It is said however, that it is a Clintonian opposition. Judge. S. Bloodgood & Jenkins &c did not oppose you. The Judge discountenanced the <ttack> from the beginning he assures me. In Renssalear K. majority is about 500. I saw Skinner a few minutes on the dock—says Washington as far as heard from, does well the probability is our assembly ticket will be elected. So also in Saratoga. Governor majority about 500 probably. Taylor runs heavy. <illegible> will probably be elected. In Schenectady T. majority a little rising 100. Our assembly <in>. Richard Lansing from Utica (a federalist) says on his way through Herkimer & Montgomery. There is understood to be an increased Republican majority. In Montgomery it is understood our assembly & Congressional ticket have both succeeded. This is I believe about all I have heard—and you have it, as I have received it, and can give it such weight as you think it deserves. There can be no doubt of the Governor election by a greater majority than before. How far the provision that has been secretly prepared for you has spread, I cant say. It has had no effect in Albany County except in the City, You have doubtless heard the ostensible objections assigned. Whether these are the real ones may be questionable. With respect to lodgings in New York, I am rather afloat Mr. B. & A. I believe have seperated, and leave the house in Broad way. The latter takes a house in the battery—and the former had not got a house, when I left N.Y. I think I shall go to Mrs Keeses. If you dont come down on monday and wish me to engage a room there for you, drop me a line.

Just after Election in 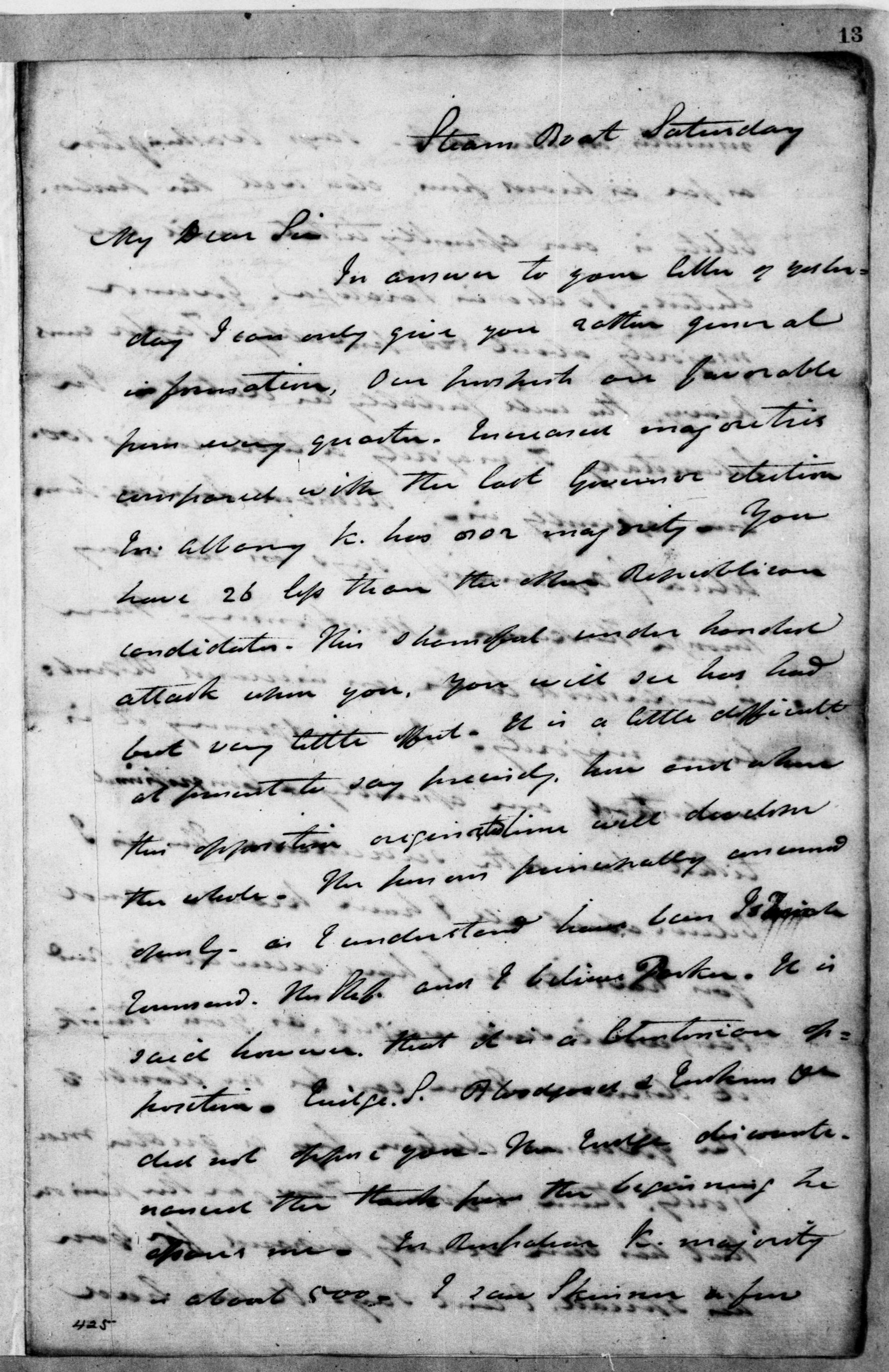 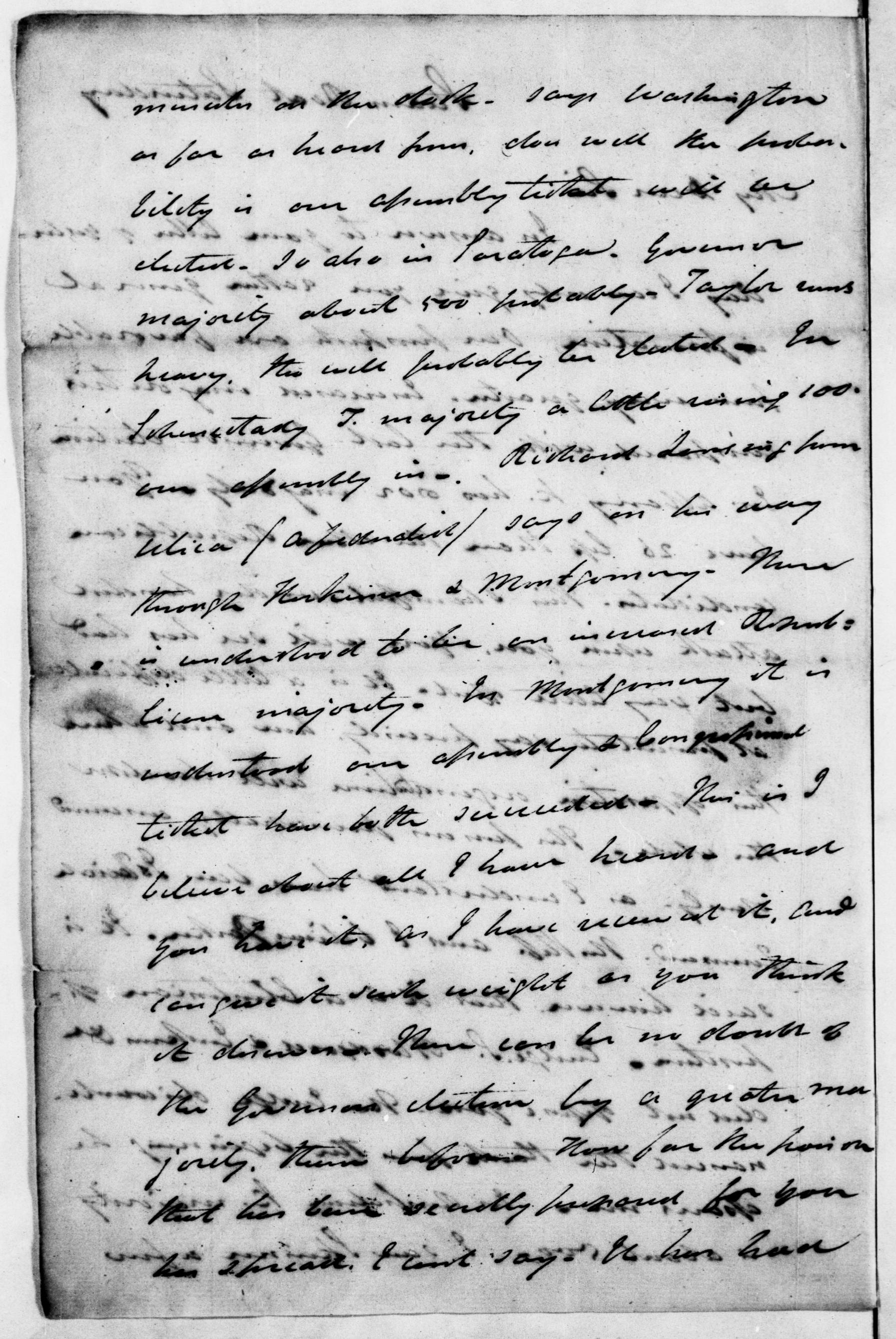 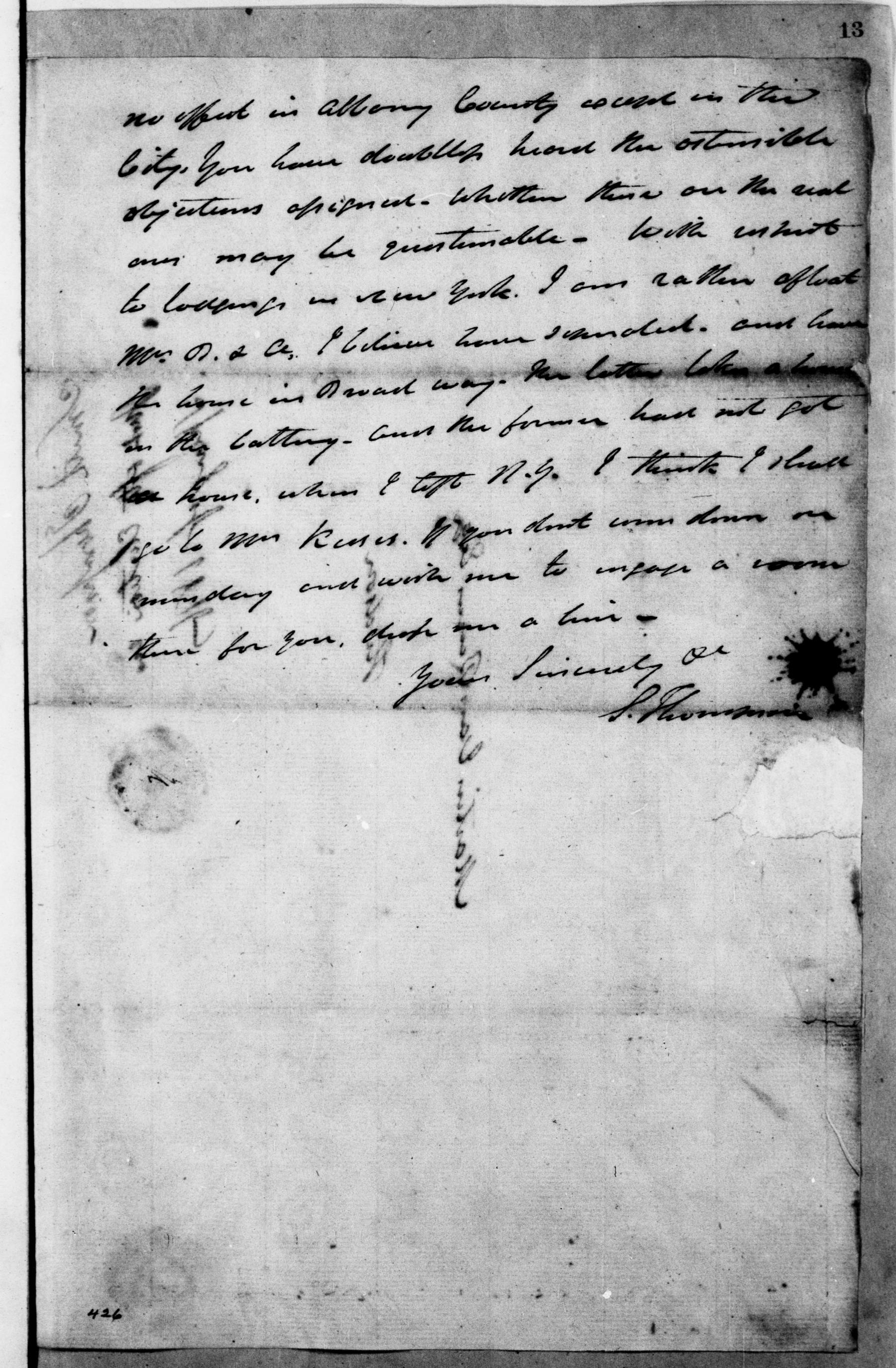 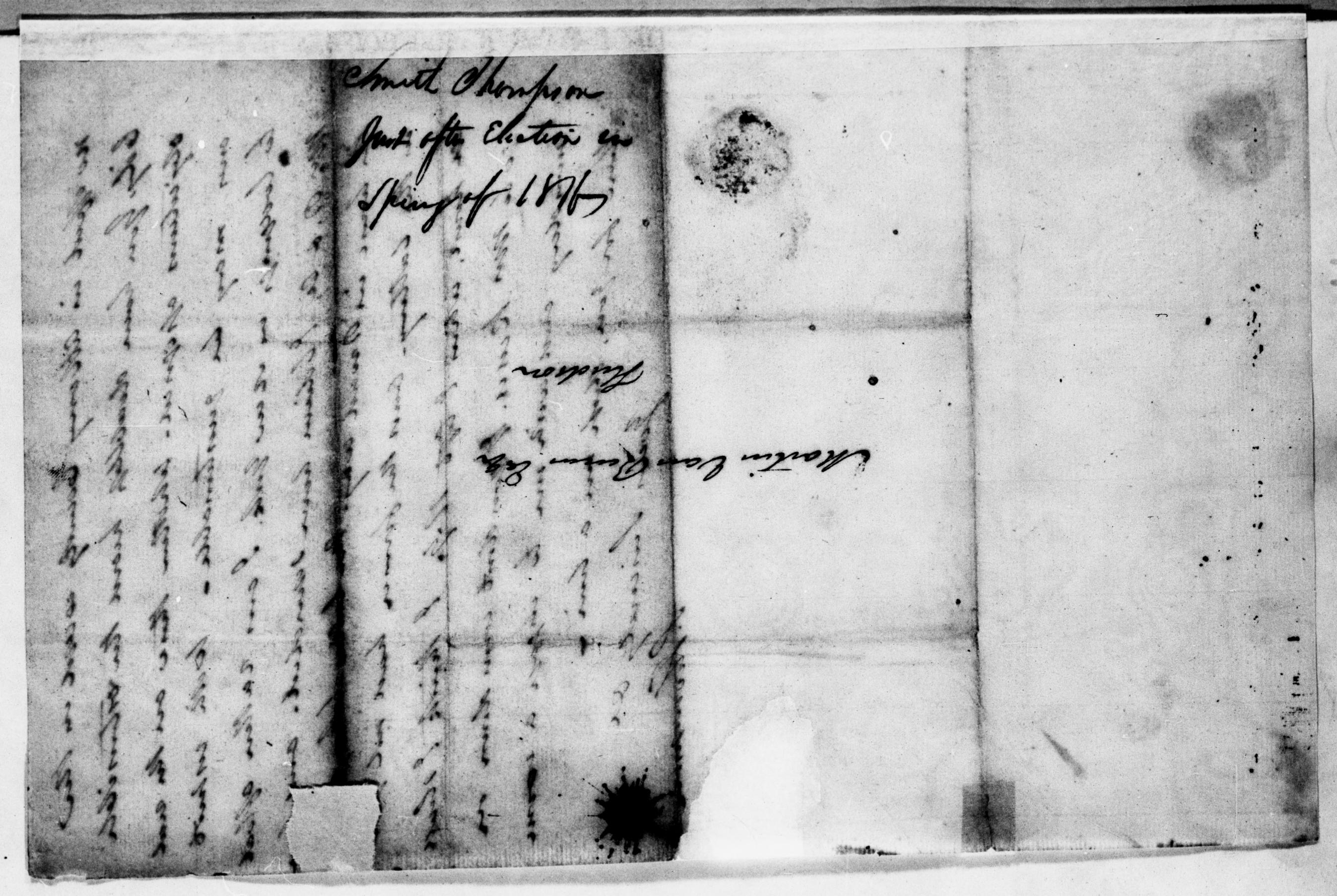