The decision was made last evening 65 for Monroe 54 for Crawford, 85 for Tompkins Vice Prest 30 for Snyder.

On Friday evening Monroe’s friends held a meeting & resolved to attend the caucus & prevent a nomination. Accordingly as soon as the meeting was organized Mr. Clay moved a resolution that it was inexpedient at this time to make any nomination. After long discussion the resolution was negatived, and we proceeded to ballot.

That you may be satisfied we were not proceeding upon any slight reasons for expecting success & that Monroe’s friends were not alarmed without probable cause, I would mention that Barry & Taul of Kentucky—Henderson, Powell & Thomas of Tennessee, Wilson & one other from New Jersey, Wilson from Pennsylvania, one from North Carolina who had always declared their decided preference for Crawford, voted for Monroe. They assign as the reason that they believe their constituents wish Monroe. Four sick members voted by proxy for Monroe, and four of Crawford’s friends refused to attend Caucus, as did two of Monroe’s. Four of our Delegation voted Monroe

We shall now support the ticket as nominated. 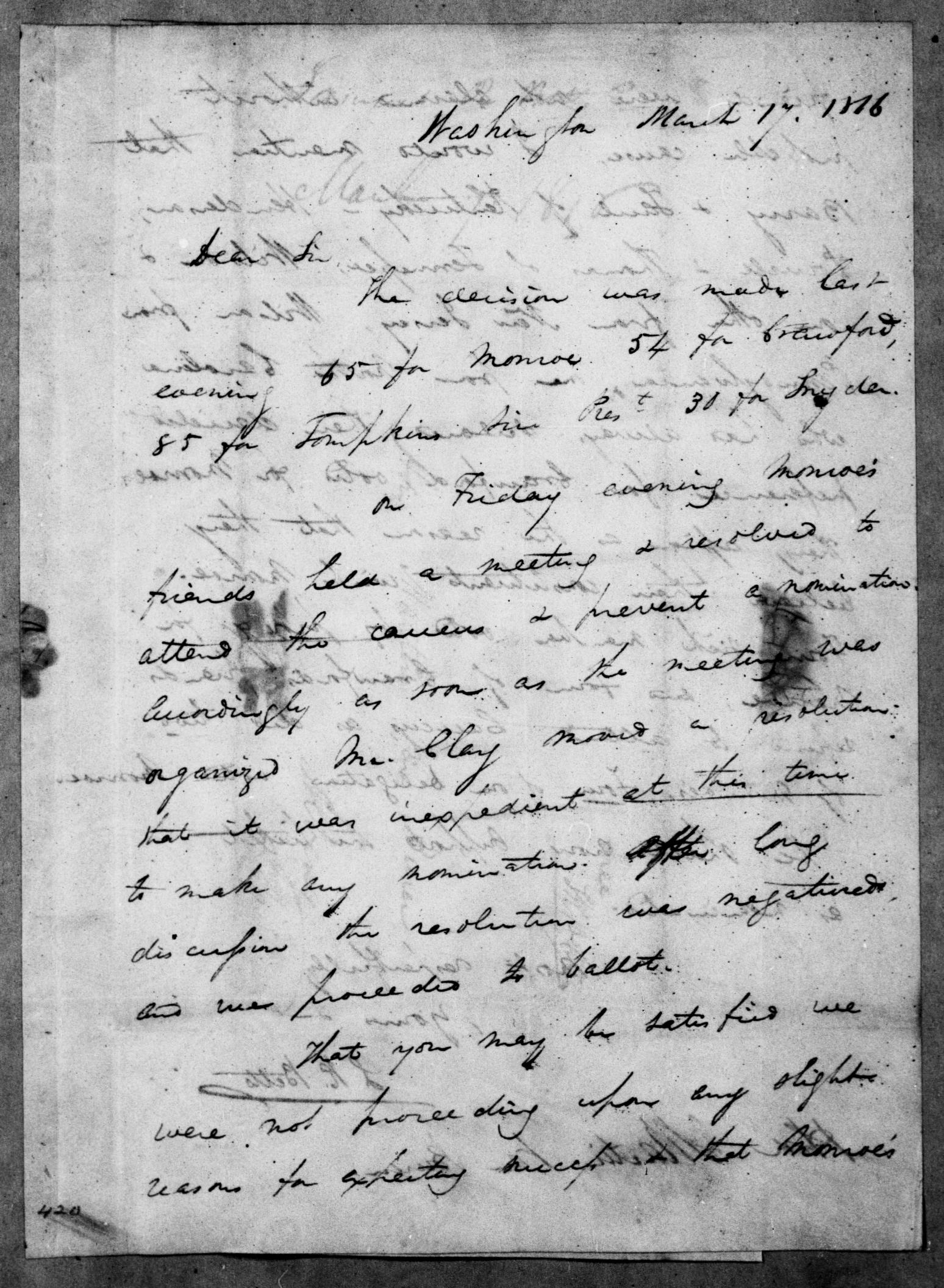 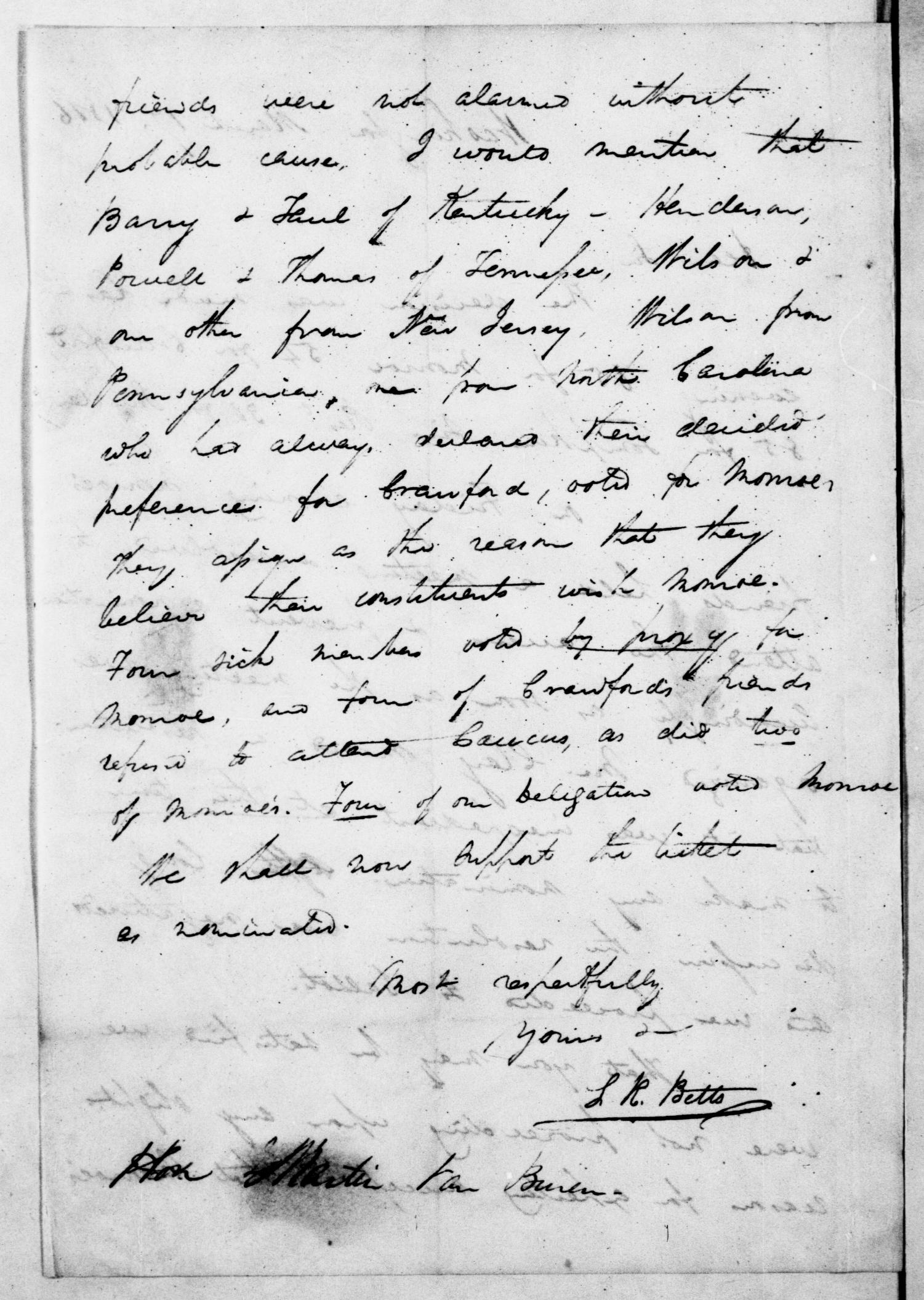