The Presidential question, so far as it may depend on the members of Congress, is undoubtedly, approaching its crisis. A caucus was convened on Tuesday evening last, by an anonymous notice, which was issued very unexpectedly. Nothing was done, but to authorise another caucus. Fifty seven Republican members, were present. Mr. Monroe’s friends are in great consternation. Those, who pretend to know most of the opinions of the members, think, that the votes of the friends of Governor Tompkins and Mr. Crawford united, will certainly exceed those of the friends of Mr. Monroe. It is understood, that the friends of Governor Tompkins, will all, or nearly all, unite in supporting Mr. Crawford; as Mr. Crawfords friends appear to exceed in number, those of Governor Tompkins. The present state of things here, is distinguished by so many peculiarities, that no one can predict the result, with any certainty, or even much probability. The better opinion of the day, is that Mr. Crawford will be nominated President, by the caucus. Mr. ^Monroe’s^ friends, have not yet decided, whether they will attend the caucus or not; and they are much divided, upon the question. Some ^of them,^ are disposed to attend; some are for no caucus; and some are for a separate caucus. At any rate, they will support him, before the people, supposing all the Republican members divided between Mr. Monroe and Mr. Crawford; and so, they will be ultimately arranged and arrayed, in some shape or other, the majority for either, will probably, be very small. This is a hasty sketch of things, as they are, at this moment. I inclose a newspaper of this day. 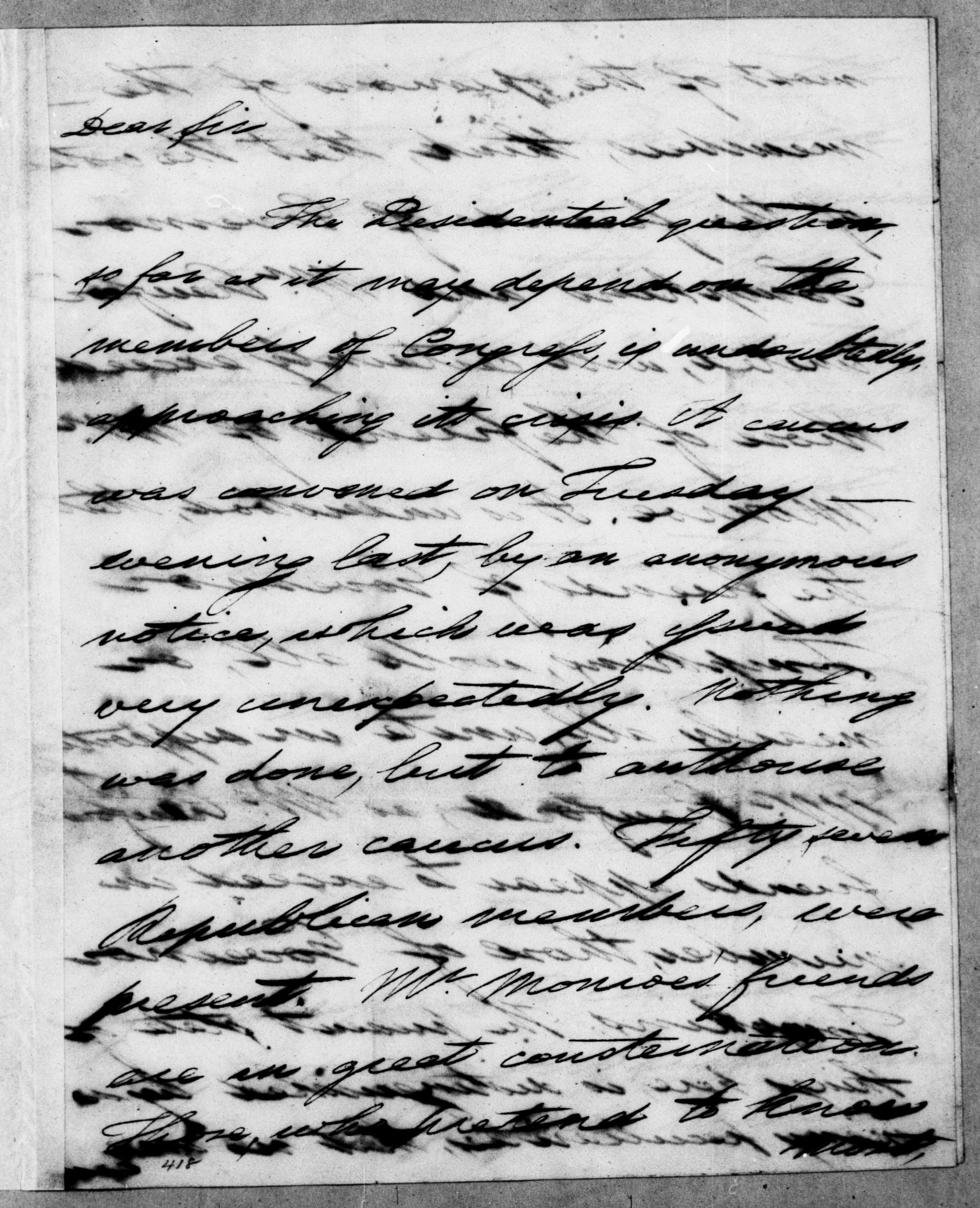 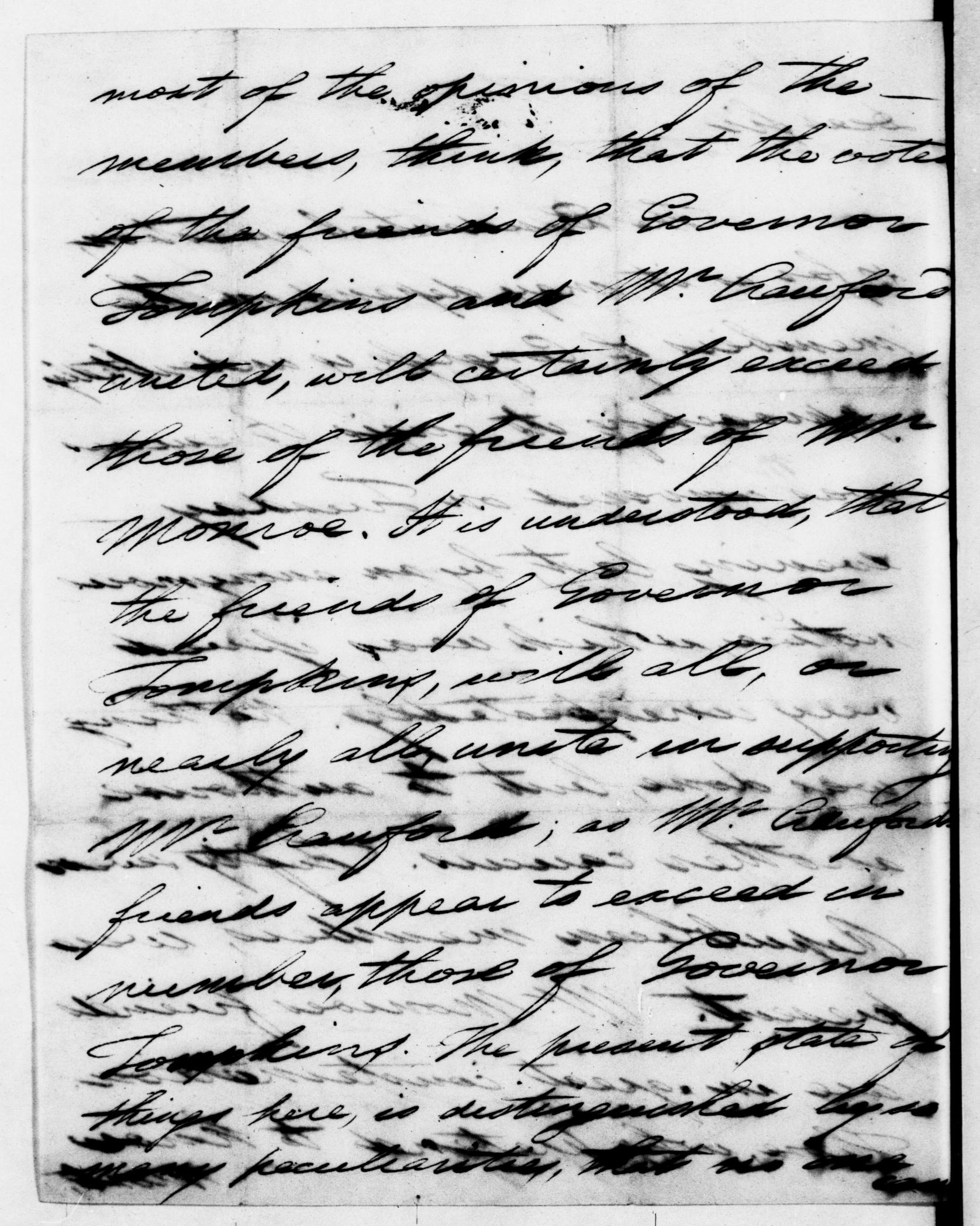 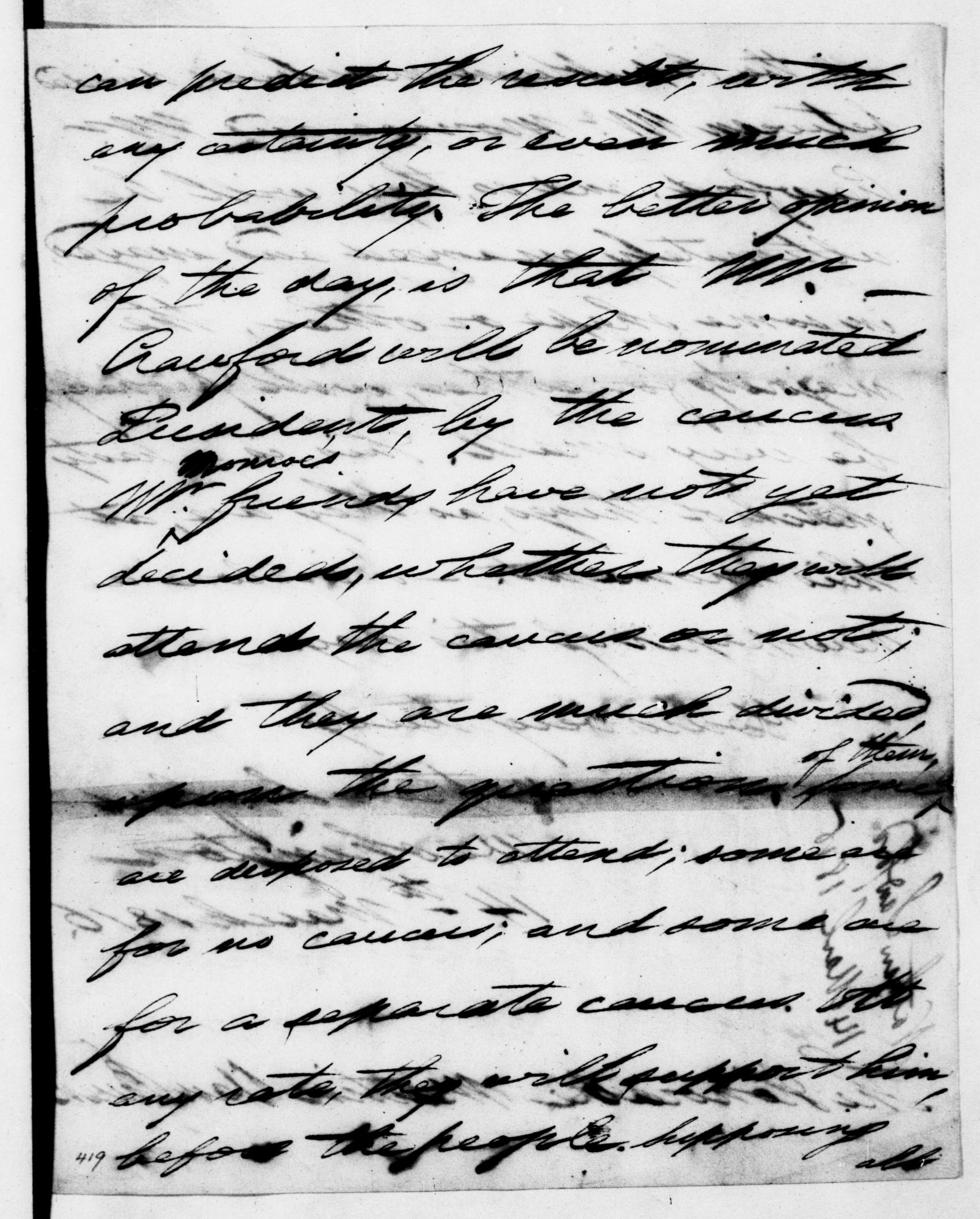 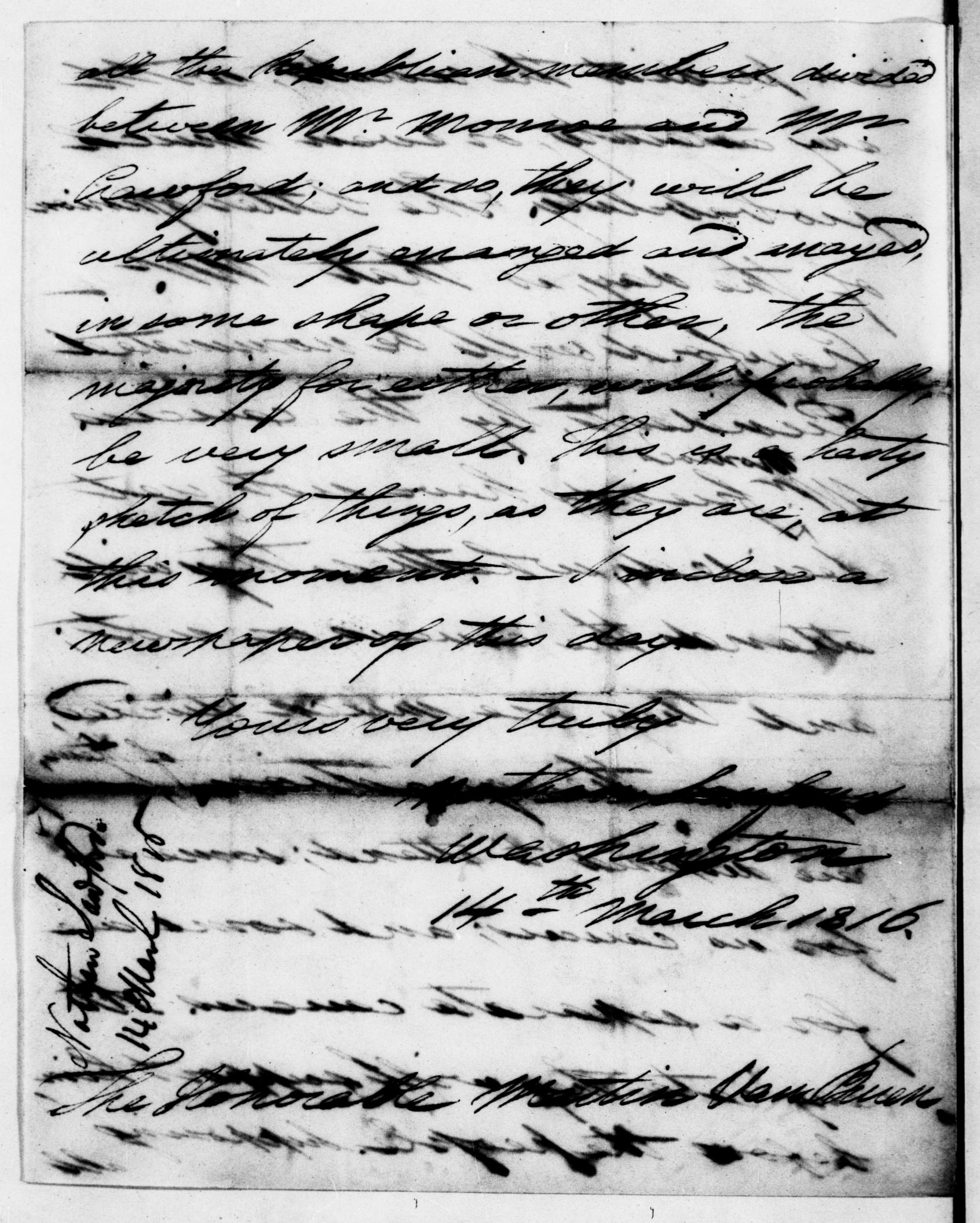