I should have written you at an earlier day had any thing essentially interesting occurred, since you left Washington. We have never till within a few days been able to ascertain what course would eventually be taken by those in the abstract opposed to Virginia’s giving us another President. You know we entertained strong hopes of bringing them to the support of our Candidate, and no means within our control but what have been put in use to effect it. The I am extremely sorry to say, I think we must abandon the expectation.

These gentlemen profess a great regard for Gov. Tompkins ,and think he merits much from the country for his exertions & patriotism—they acknowledge the weight of NewYork and her claims to a full share of public considerations—but they also say, that the people in the different states do not know our Candidate—that his reputation is local or at most not established as to those qualities indispensible in our political heads—and that if we press him, they shall acquiesce in the Virginia claims & make common cause against us. I know these to be the resolutions of the members from Georgia, N. Carolina—two from S. Carolina—Tennessee, & a majority of those from Kentucky.

Our friends from Kentucky, I understand concede that it is now impossible for Gov. T____ to be elected. They are still willing to join us in some other candidate, and oppose M____.

Our delegation will meet in a day or two, and decide the course we shall pursue. We shall immediately apprize you. If we are satisfied that Gov. T____ cannot succeed, I for one shall be strongly in favor of Mr. Crawford. The account published in the Advocate was without his privity or authority. He will serve if elected—but he will not suffer his name to be brought forward & a canvass made upon it, unless it is certain that NewYork goes for him. So say all his intimate friends. They think it will injure him deeply to be proposed as a Candidate, if there is not a strong probability of his success, and at least unless he is called into nomination by voices enough to make even his failure respectable.

I am strongly impressed with a persuasion, that M____ can now be opposed by no other competitor but Crawford. If we will all unite we can secure his election.

The Republicans of the Eastern States, (Mass. particularly, much to my surprize, give us to understand that M____ would be most the most acceptable successor to the Presidency in that quarter. They are under no slight hopes of a formidable change to the Republican side, in that state, this Spring. Mr. Dexter, who is here, and who probably knows their views, tells me, that he has no doubt but they would support Crawford if nominated and especially if he obtained the support of NewYork, but Holmes, Prince, King & Ripley, I am told, are of opinion that M____ would be preferred to any one.

We shall address you a joint communication so soon as we can decide what we deem to be our expedient course. Possibly, should there by no possibility of carrying Gov. T____ you would prefer nominating Crawford for Prest. & Gov. T____ (if he will consent) for Vice Prest. in your Legislature, to having it done here in Caucus. Such nomination would start the ticket with a high character.

The members from Ohio tell me they shall support M____ and that their State is in his favor.

I scrawl this to you in the House, whilst Randolph Clay and Gaston are speaking. I wish you to write me immediately in full & let me know the sentiments of our friends at Albany.

With great respect, I am Sir, 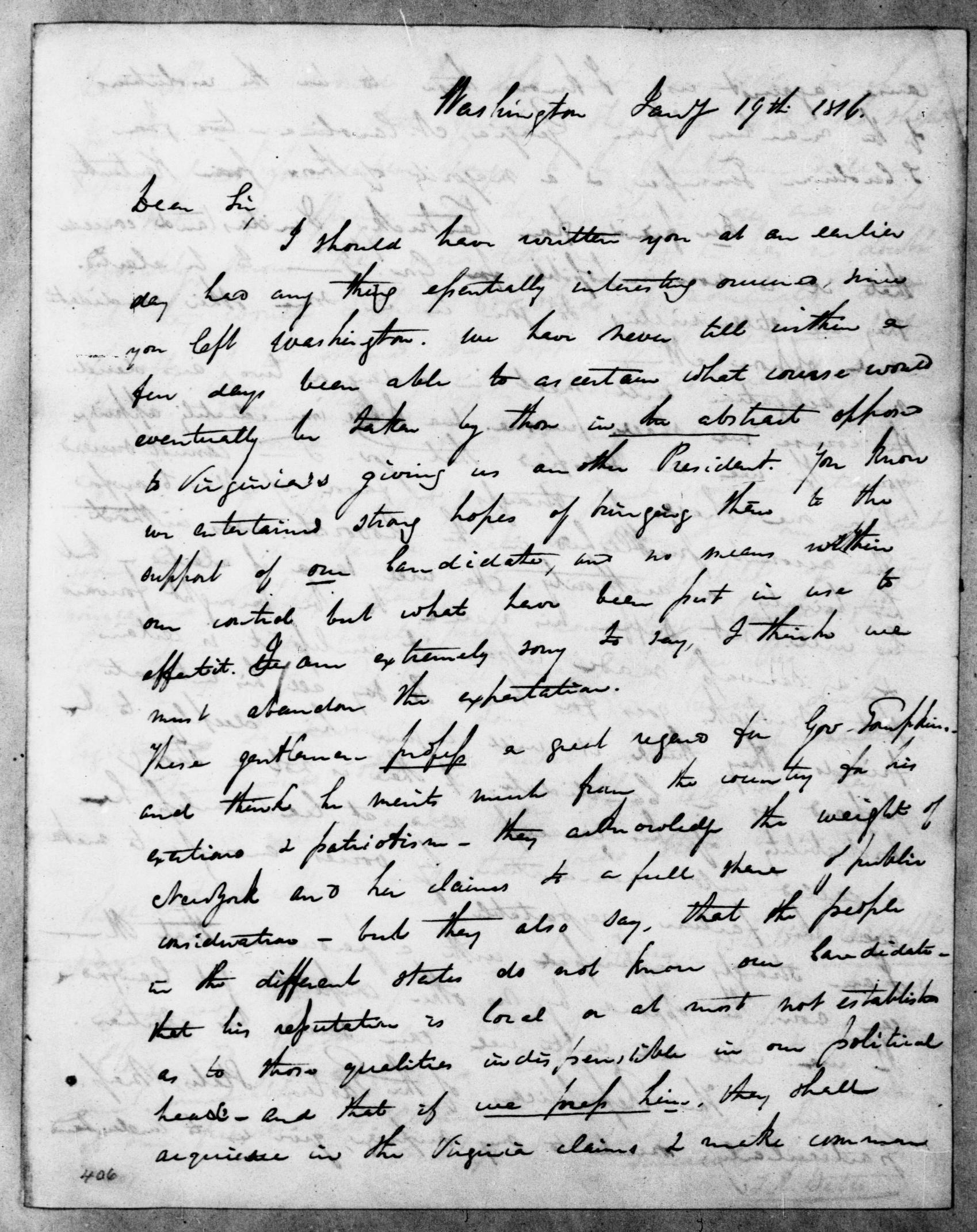 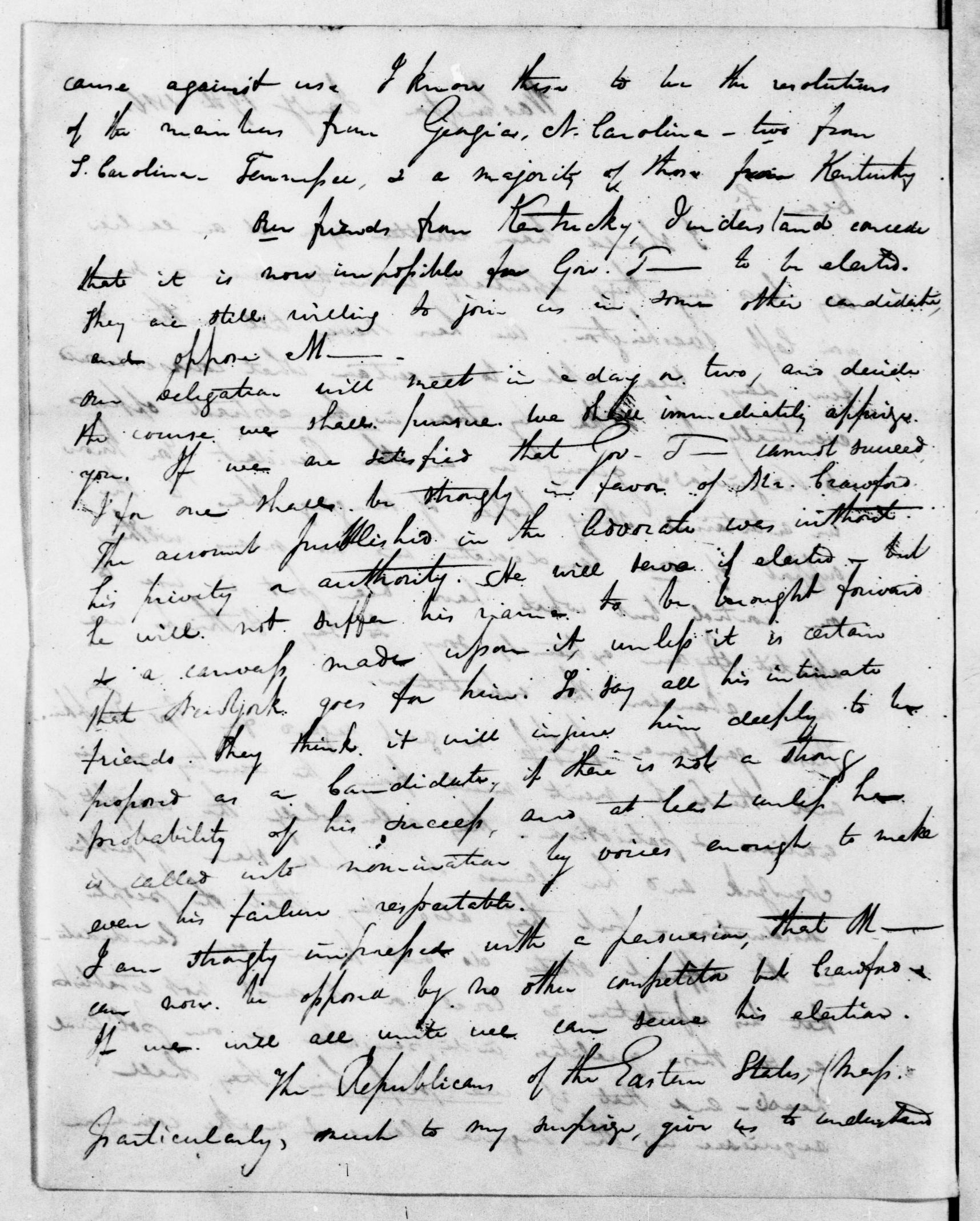 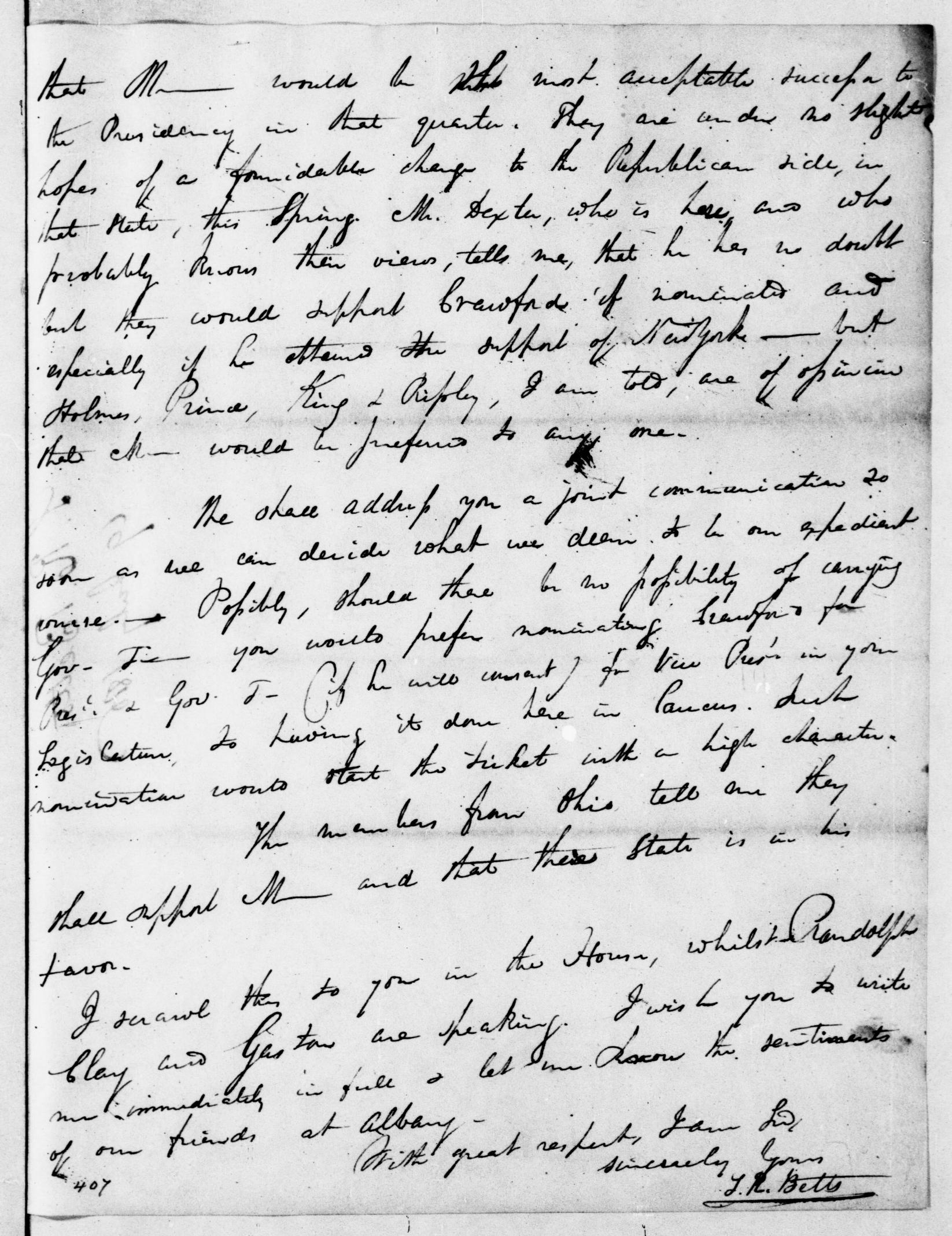 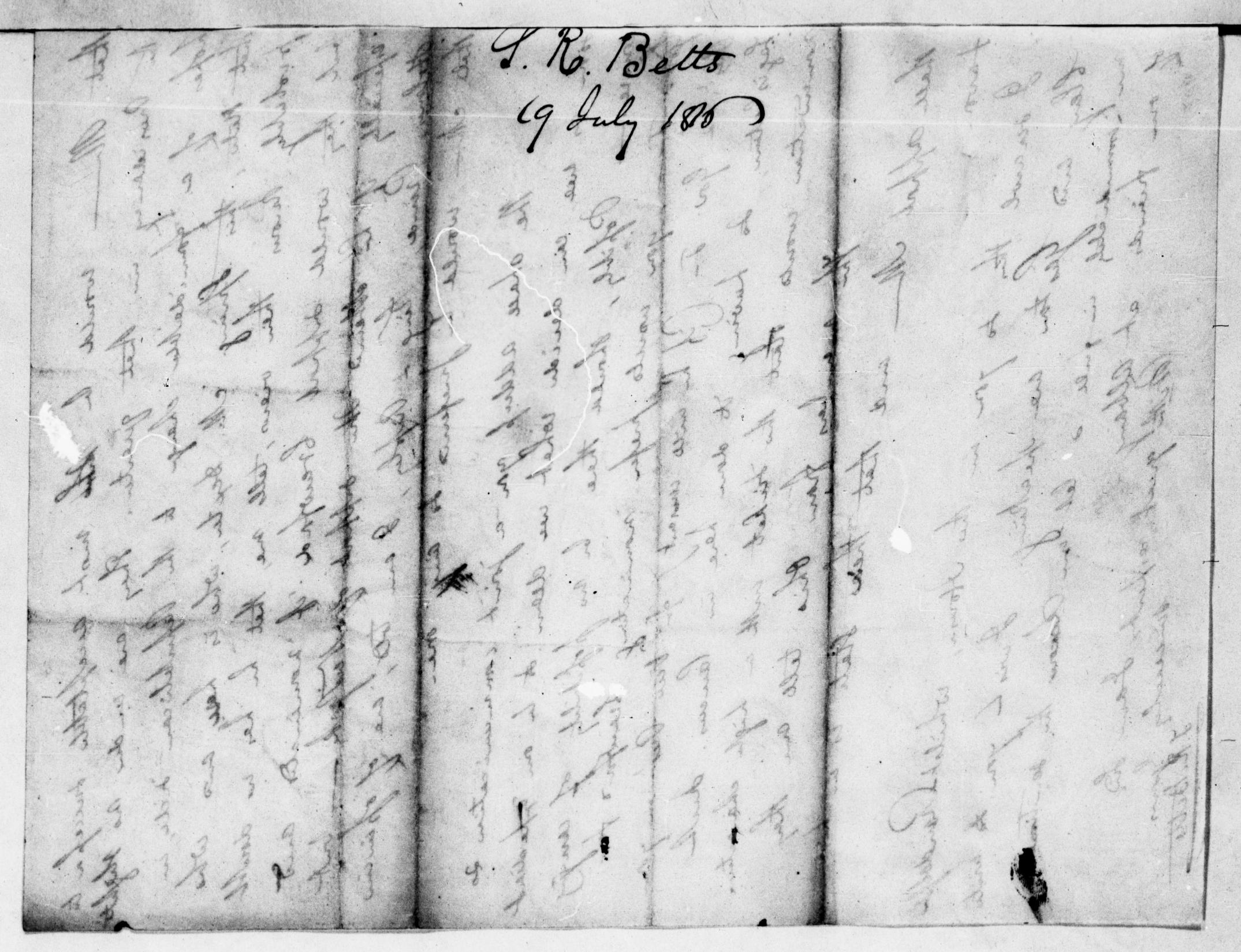