I have been solicited to lend my aid in procuring Mr. S. Southwick the appointment of postmaster here. Not knowing a person at Washington. to whom I could write. I suggested the expediency of obtaining your influence, upon which I was desired to write you a line. For what particular purpose I cant say. As I understood you was favorable to the [appoin]tment. I believe Mr. S. would make a very good postmaster. He is capable & honest. and I believe now faithful to the constitution and these you know according to Mr. J. <m.> are the requisite qualifications. So far as respects myself I should have no objection to his appointment. I suppose the profits of the place would just now be very convenient to him. And his political course has latterly so far as I know been unexceptionable. You know however better than I do whether under all circumstances it would be expedient in a political point of view 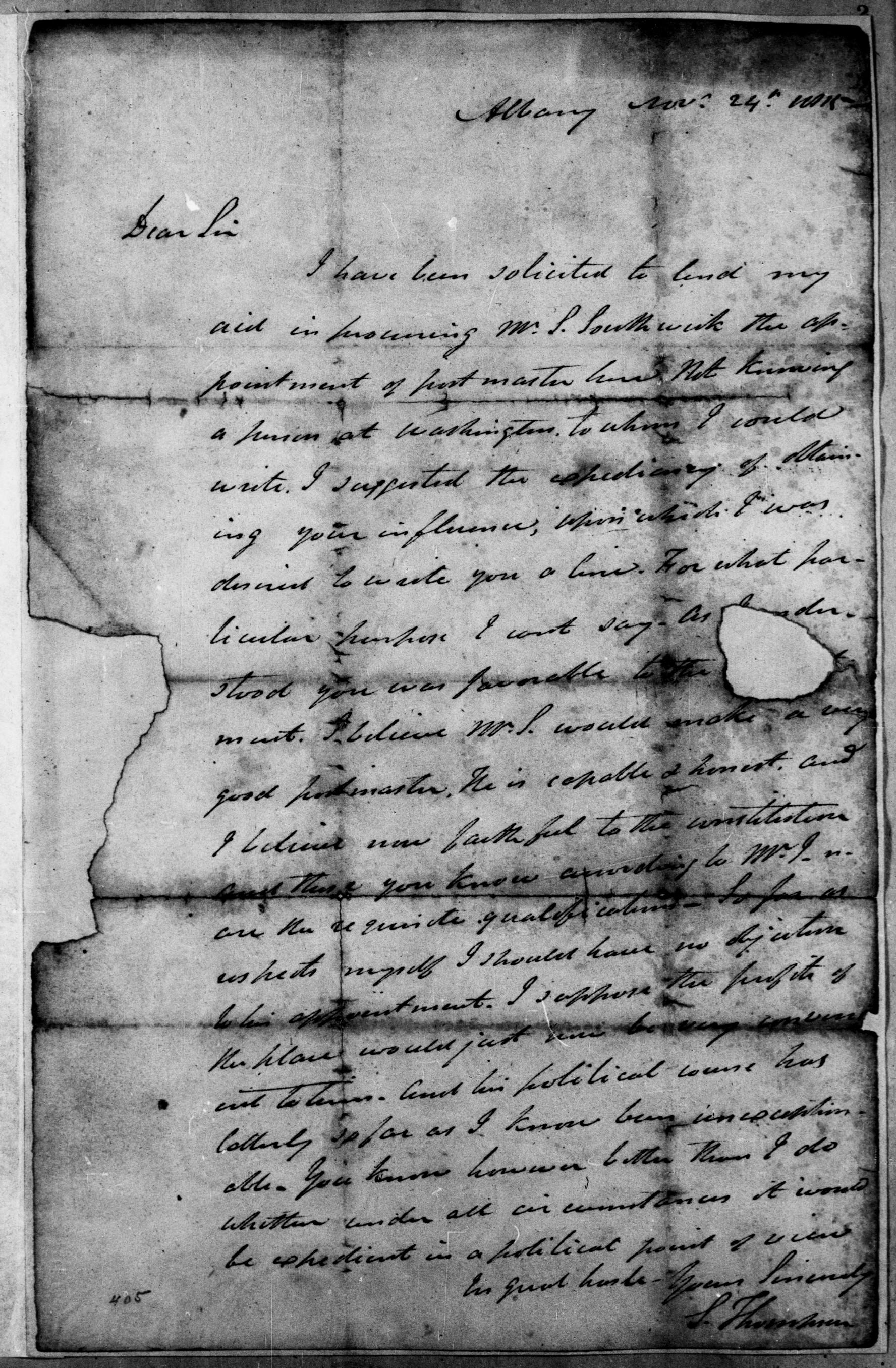