Mr Sanford has recommended to you Roger Skinner Esqr. to supply the vacancy in the office of District Attorney for the State of Newyork produced by the ^his (Mr Sanfords)^ appointment of Mr Sanford to the Senate of the United States. I take the liberty of uniting with him in the recommendation of Mr Skinner and to express my solicitude for his appointment.

He is in every respect qualifyed to discharge the duties of the office and would I am persuaded be more acceptable to the people of this State than aeither of the Candidates reports speak of.

I am aware that recommendations have gone from this State in favour of an other Gentleman entitled to the highest respect—they were however obtained the instant we had decided the question of Senator & before Mr Skinners wishes were known. Mr. Skinner had a very respectable support for Senator without his knowledge or assent, & had his na name been brought forward early I would have been as willing to ^have^ supportd him as Mr Sanford—he enjoys in a very great degree the Confidence of the Republican Citizens of this State.

Not having the honor of a personal acquaintance with you, I feel much embarassment in communicating my opinions & feelings on this subject as freely as the nature of the subject requires. I trust how the character of the business will hower I trust be ^furnish^ my apology.

With the highest respect 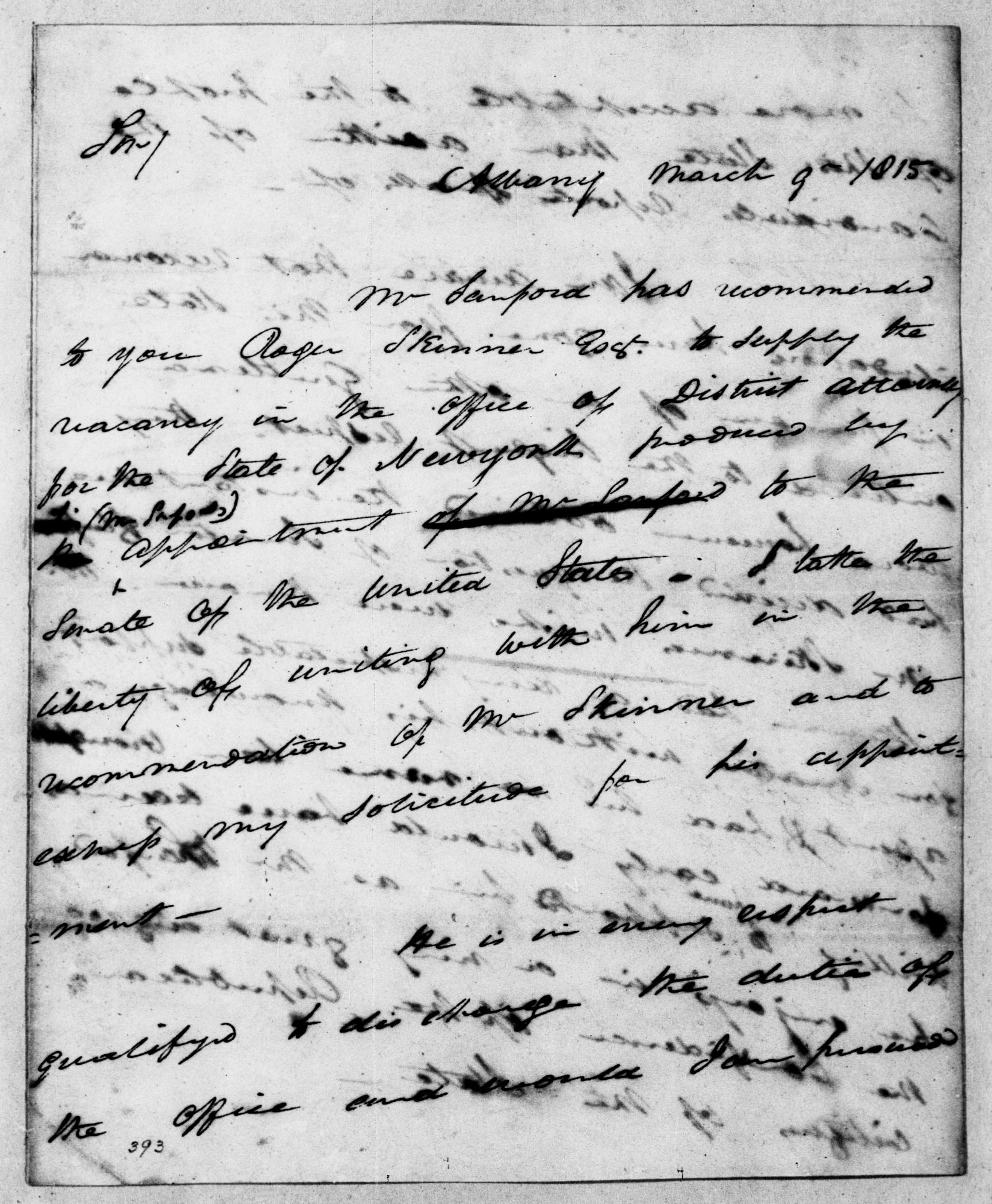 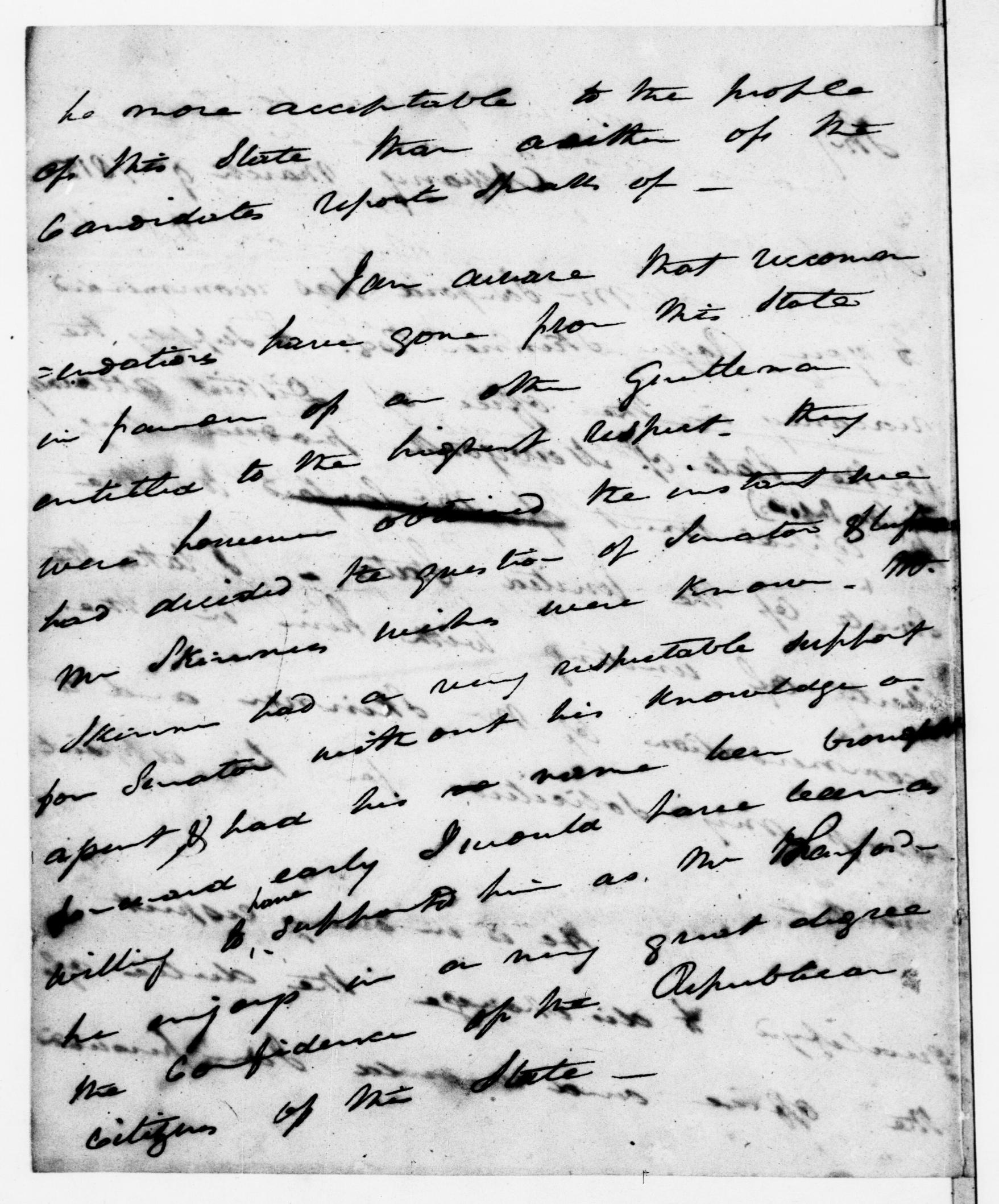 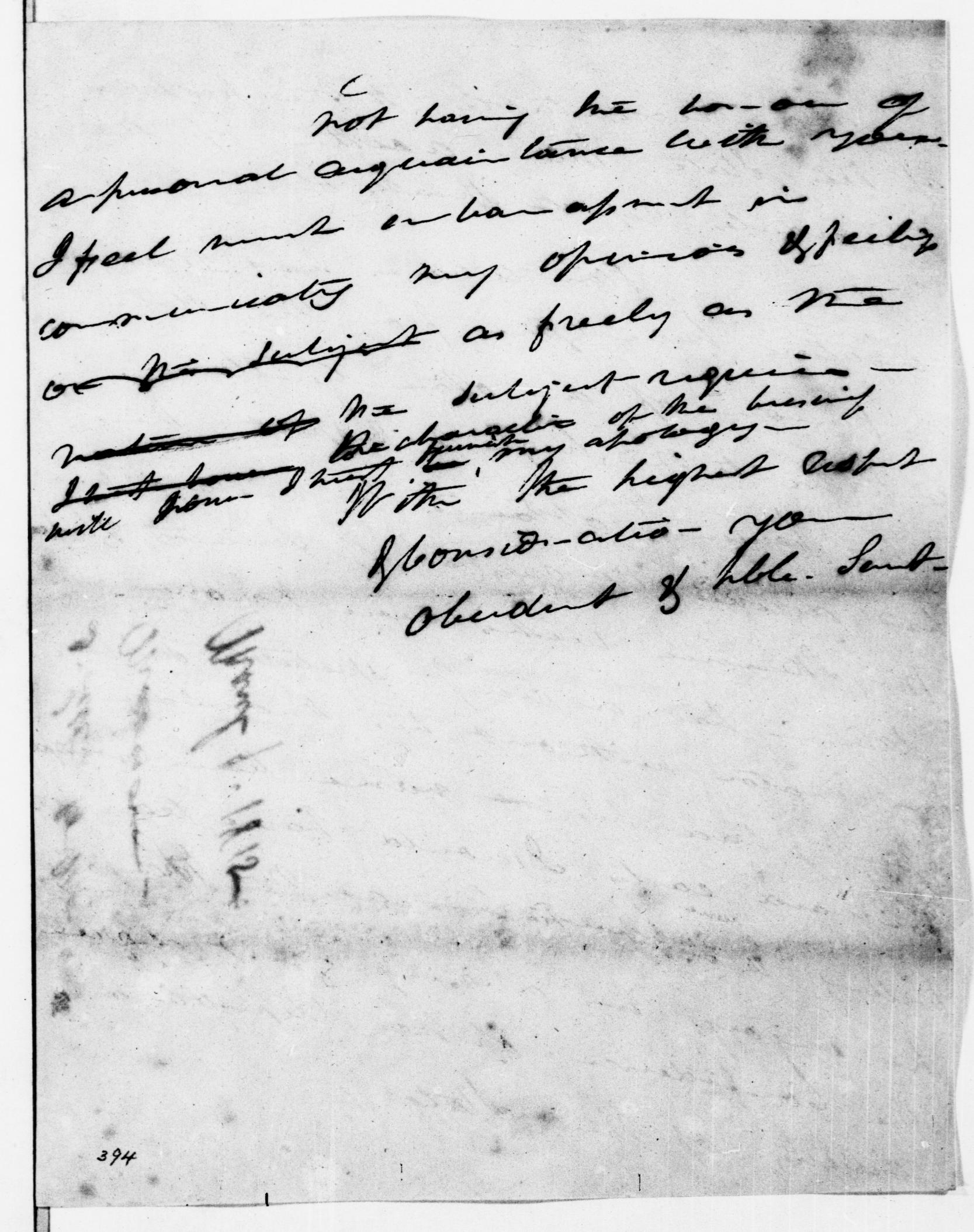 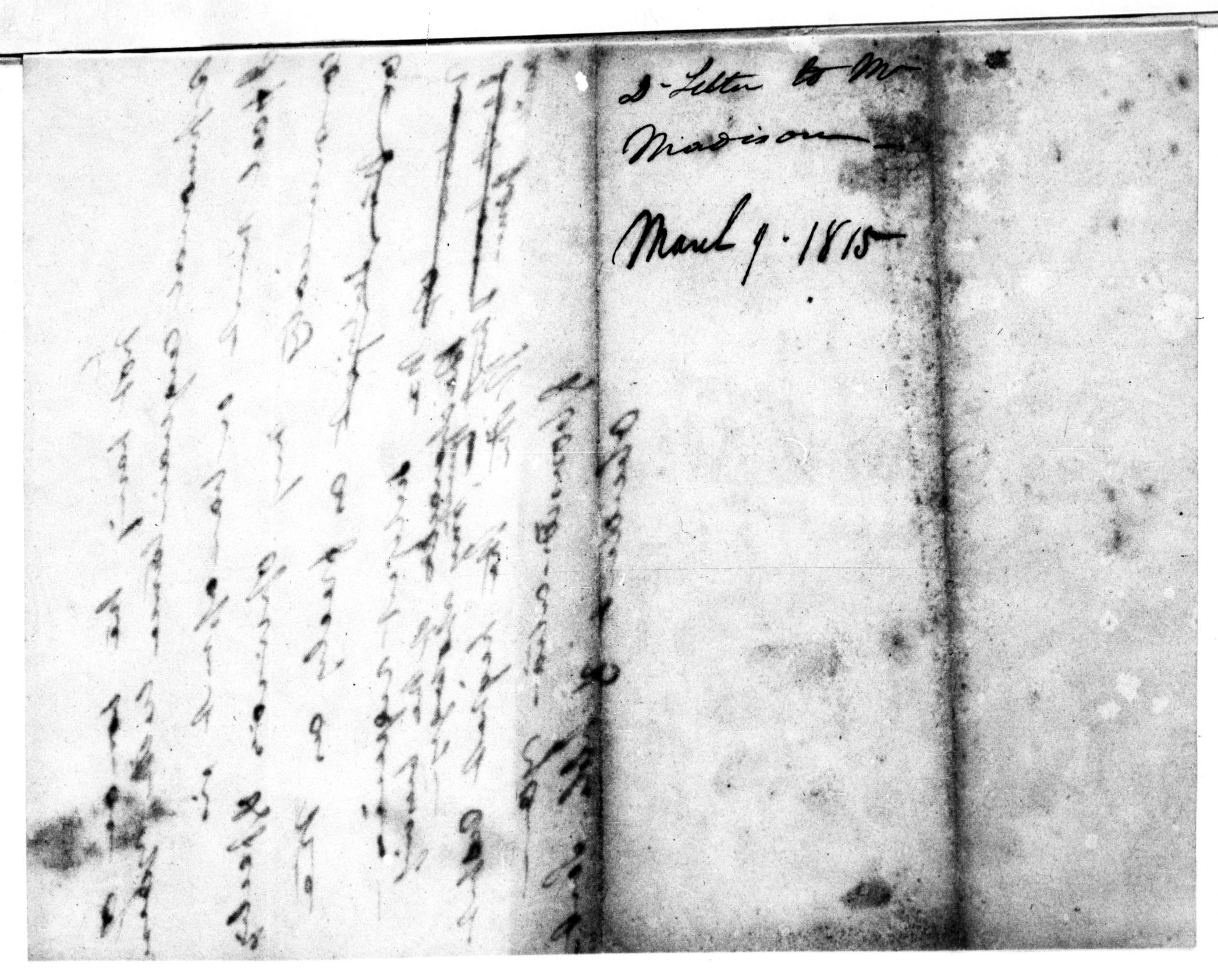