You ask me to explain the indecisive course pursued by Congress. It is easily done, The cause is found in two words Constitution & Pride In regard to the Bank, there are about 25 Representatives favourable to the administration who stand committed against the constitutional power of Congress to incorporate a Bank whatever may be its restrictions & provisions. The opposition party is about 70 strong most of whom will vote against any bank possessing features calculated to relieve the Government from its pecuniary embarrassments. About 87 Representatives desire to establish a Bank but differ as to its provisions in nearly as many particulars. Pride of opinion or in other words Sense of duty has prevented the success of all attempts to produce union among its friends.

The Prospect is now more favourable. I have performed the part of a Mediator between the old stock & the Treasury Notes & have obtained a promise of united support of the engrossed bill from the Senate with certain stipulated amendments to which the Senate will agree. The passage of the bill after all will depend on enough of the Constitutionalists absenting themselves to give the friends of the bank a Majority.

There is at present a prospect of accomplishing that object. God only knows how it may turn out.

The treasury note & tender law system is absolutely impracticable. Every individual in the Executive Department & a large majority in both houses of Congress are hostile to it. It is considered both unconstitutional & inexpedient. Treasury notes may be issued, Public lands, taxes & revenues may be pledged for their redemption, but a tender law will not be passed by the this Congress.

Similar difficulties present themselves on the army bills. The classification or conscription bill reported by Col. Troop is pronounced by many of the leading & confidential friends of administration utterly unconstitutional & is denounced by all the federalists as ample cause of rebellion & civil war in case it should pass. It is ascertained that there is a large Majority against it. Indeed it was unanimously rejected by the Military Committee of the Senate.

The bill authorising the President to call upon the several states & territories for their respective quotas of 80,000 Militia to serve for Two years, has been so modified by reducing the term of service to one year & otherwise, as to render it very inefficient & even now its passage may be considered doubtful. Some will vote against it because they dislike the ratio of apportionment, to wit Representation, others because they think Militia should never be detached for more than 3 or at most 6 months, & others because they think the changes which the bill has undergone in our house have rendered it worse than the standing law of 1795 as amended last April.

Upon the whole our prospect for raising either men or money for the next campaign is very goomy. We meet at 10 A.M. & sit without interruption until 5, 6, & sometimes 7 in the evening receive & discuss propositions, amend bills & finally reject them. Sensible of the immense importance of prompt decision I have forborne taking the floor except to propose & very briefly to explain such amendments to bills, as in my judgment were necessary to accomplish their objects. But as Mr Macon says, it is a talking Government & God grant that we may not talk it to death. I much regret that you are prevented visiting Washington at this time. I hope to see you at Albany on my return in March & in the mean time let me hear from you whenever leasure shall enable you to write. 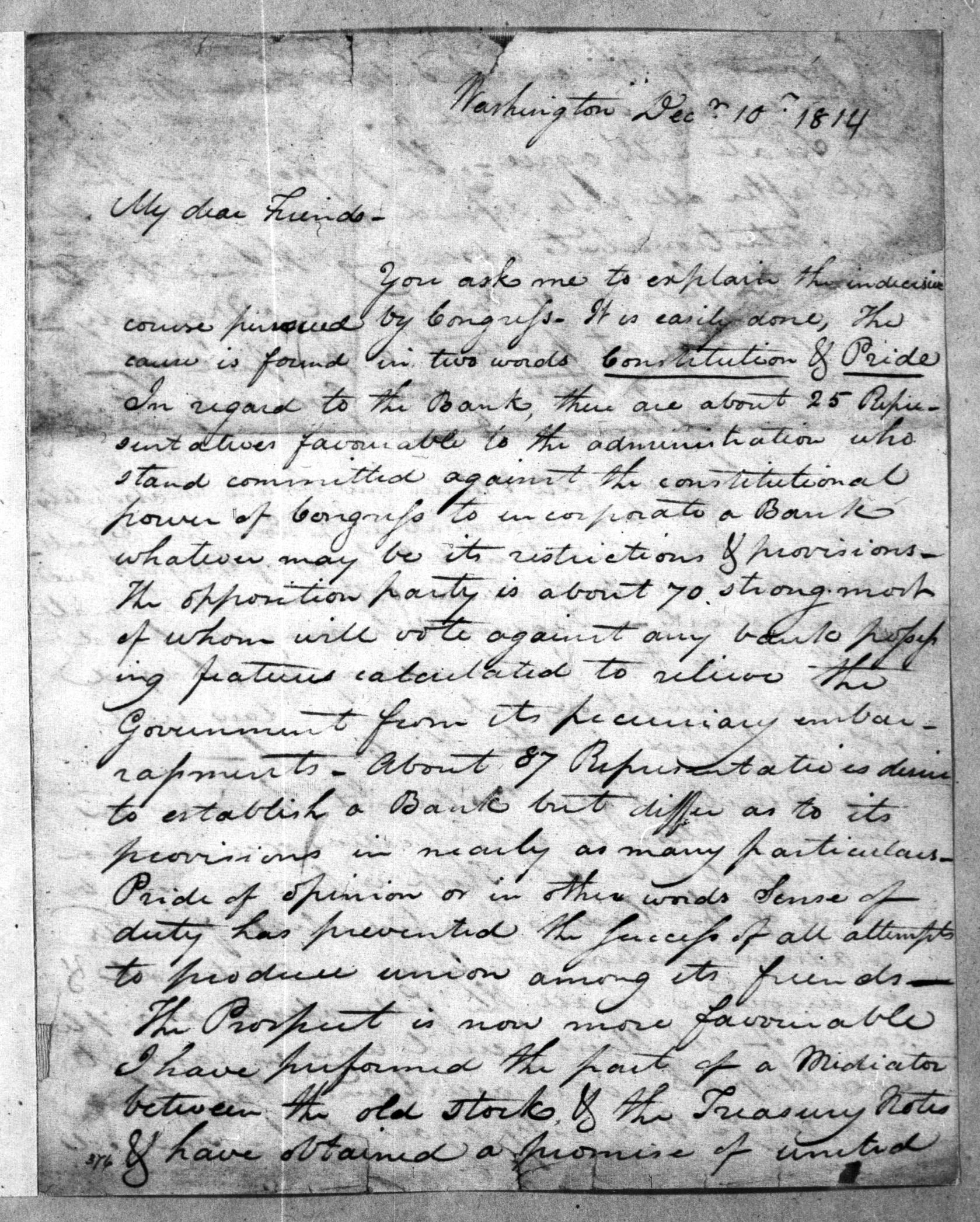 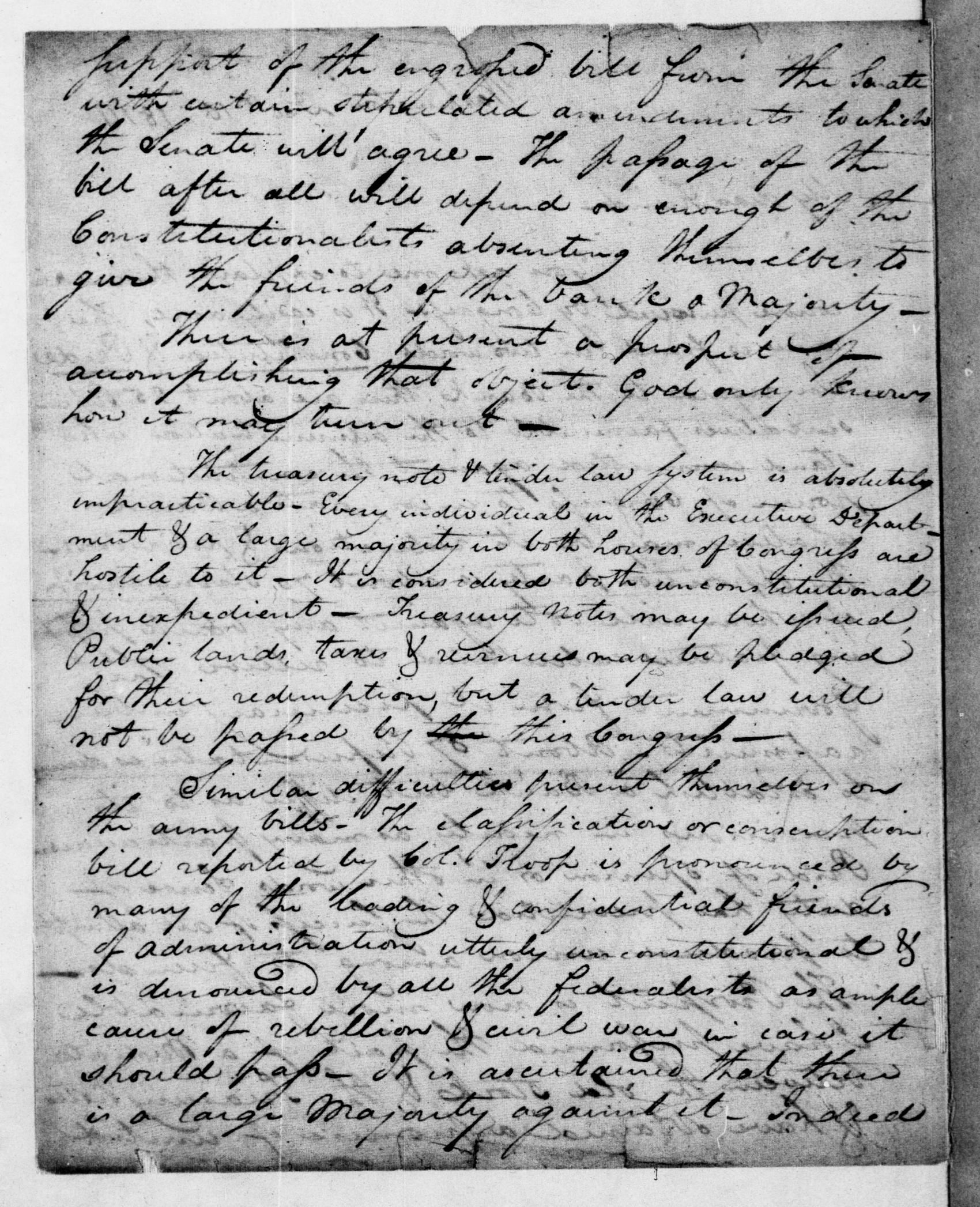 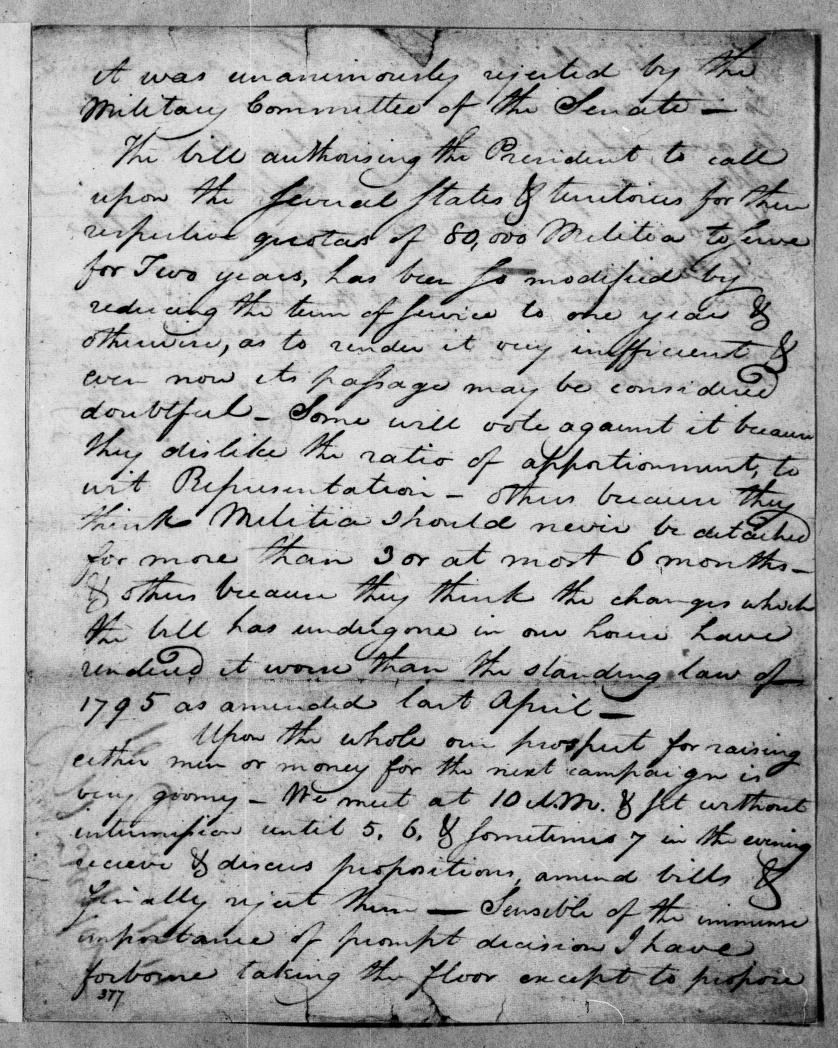 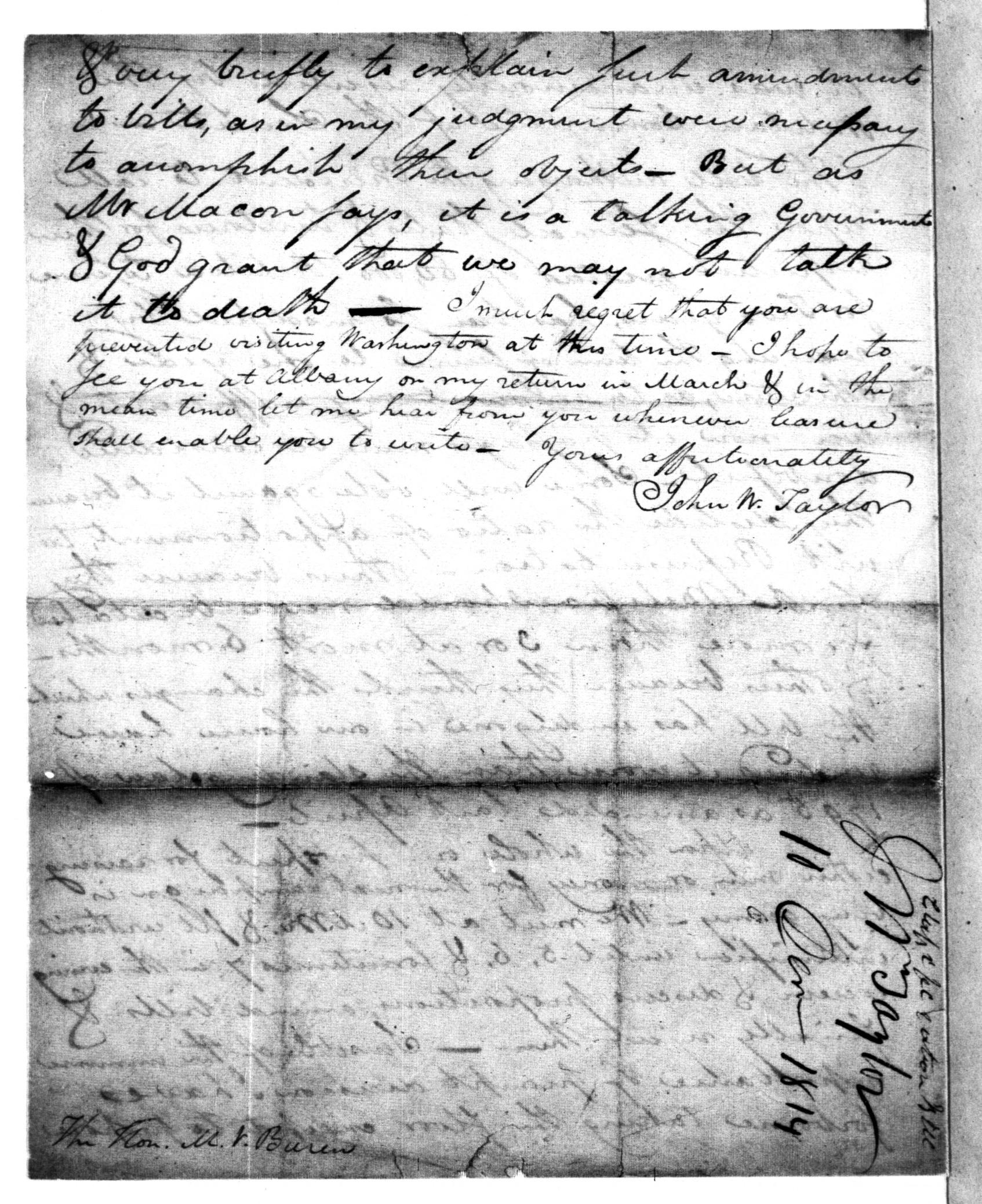