I received by yesterday's Mail a double proof of your friendship, in manuscript and in print. I can pay no higher compliment to your production in the Argus than by telling you that your ingenuity and reason have far exceeded my expectations; for you know already that I expected much from you.

I wrote you last week, but I presume in consequence of your absence you had not received my letter when you wrote your last from Albany. You have said enough already to give the chancellor his "quietus"; but it is perhaps best to do the business effectually. What a pity it is that belong belonging to a party who possess "all the talents" he should find it necessary to be his own "Amicus".

With respect to his second number I "frankly" tell you by all means to answer it: I am not yet vain enough to believe that I can do the subject as much justice as you can. You ask me if there is a special provision exempting aliens? I am not certain whether there is or not. It is my impression there is, but it is a matter of no consequence whether they are exempted co nomine or by necessary implication. The language of the act which the chancellor refers to in his second number is sufficient as he almost admits. It provides that "every free white male citizen" &c. Aliens are as much exempt as negroes or females. Expressio unius est exclusio alterius.

The 8th. section of the 1st. article of the Constitution of the U.S. grants to congress the exclusive power of organizing arming and disciplining the militia, reserving nothing to the States but the appointment of officers. An individual State has no power on the subject except what is delegated to them by acts of Congress. Hence the necessity of the act of congress authorizing the several States to exempt their own state officers &c. from militia duty. But there is no act of Congress authorizing a State to compel those to do military duty who are exempt by the laws of congress. The conclusion is inevitable and irresistable. The Chancellor has cited an act of the Legislature of this State to prove that aliens may be enrolled. The acts of this State are authority or not as best suits his convenience. He says the 9th. section of the act of 29th. March 1809, declares that aliens who are seized of real estate in their own right or their wife's right shall be deemed citizens for militia service. It is a legal absurdity to suppose that aliens may be seized of real estate. By granting to them the power of holding real property they become denizens or citizens in a qualified degree. 1. Bl. Com. 394.

At the close of the last ^extra^ session I engaged a room of Caldwell for myself next winter. If I can get released from the contract I shall cheerfully comply with your proposition.

N.B. If I can think of any thing worth saying to the chancellor I shall again address him. 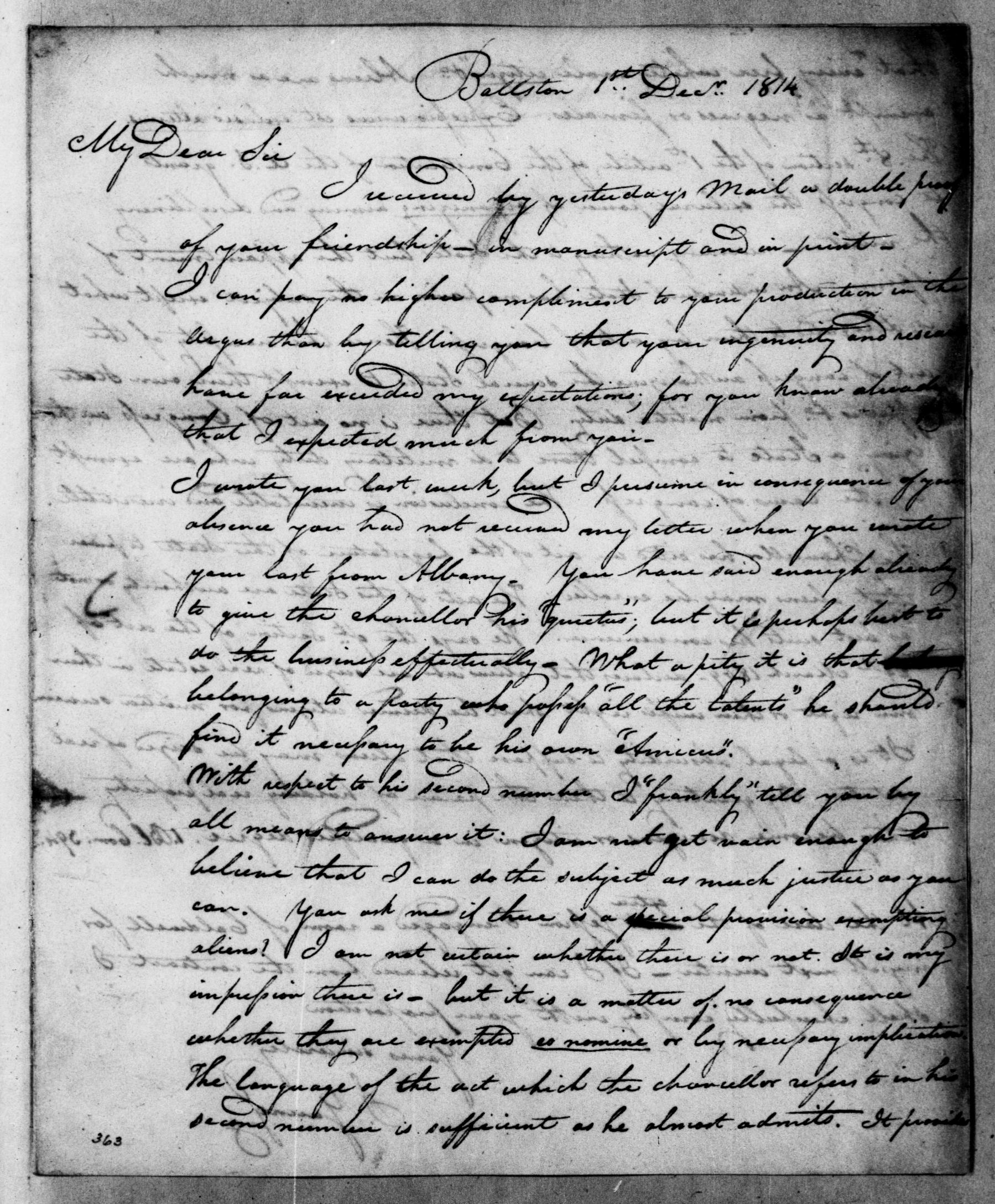 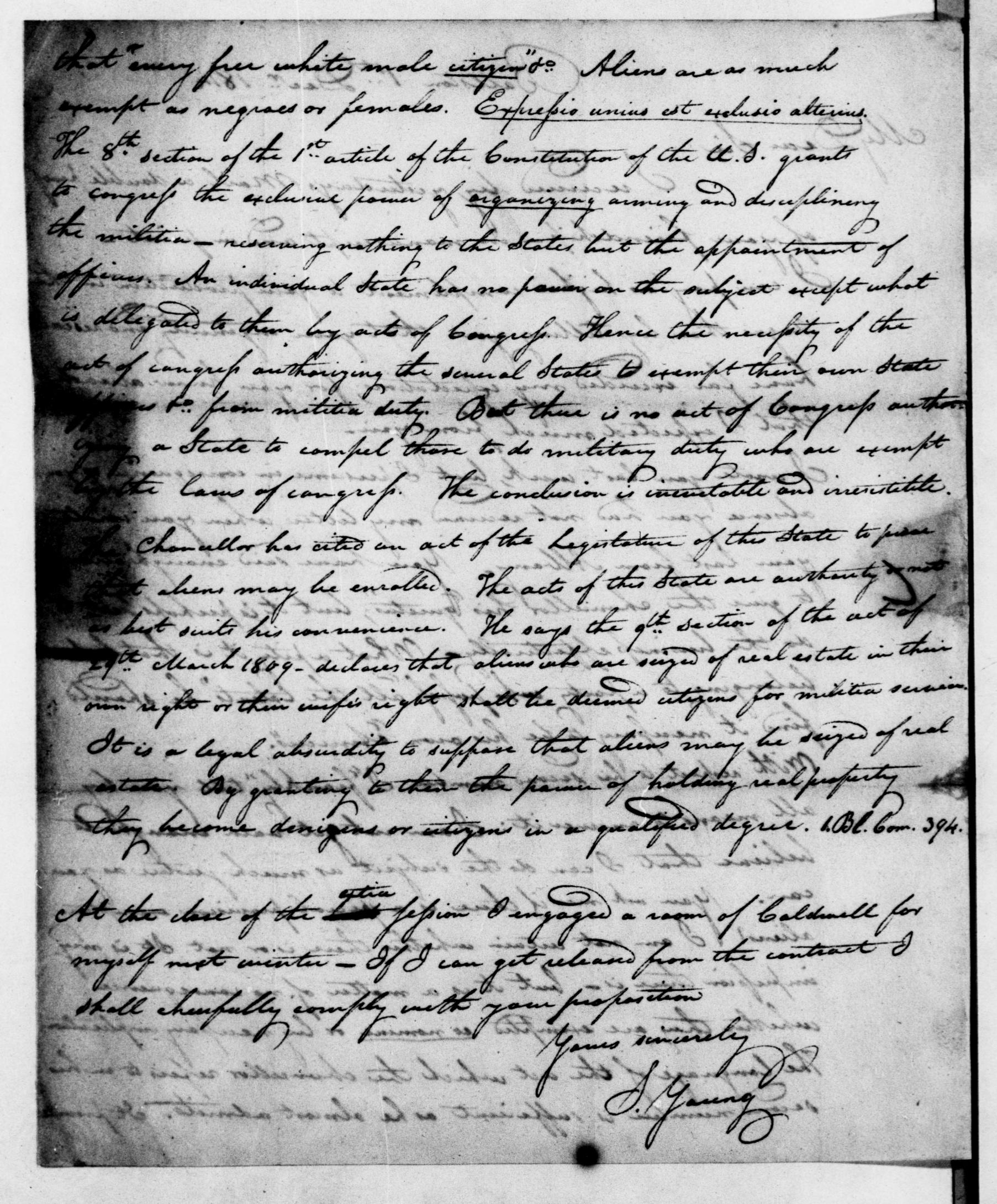 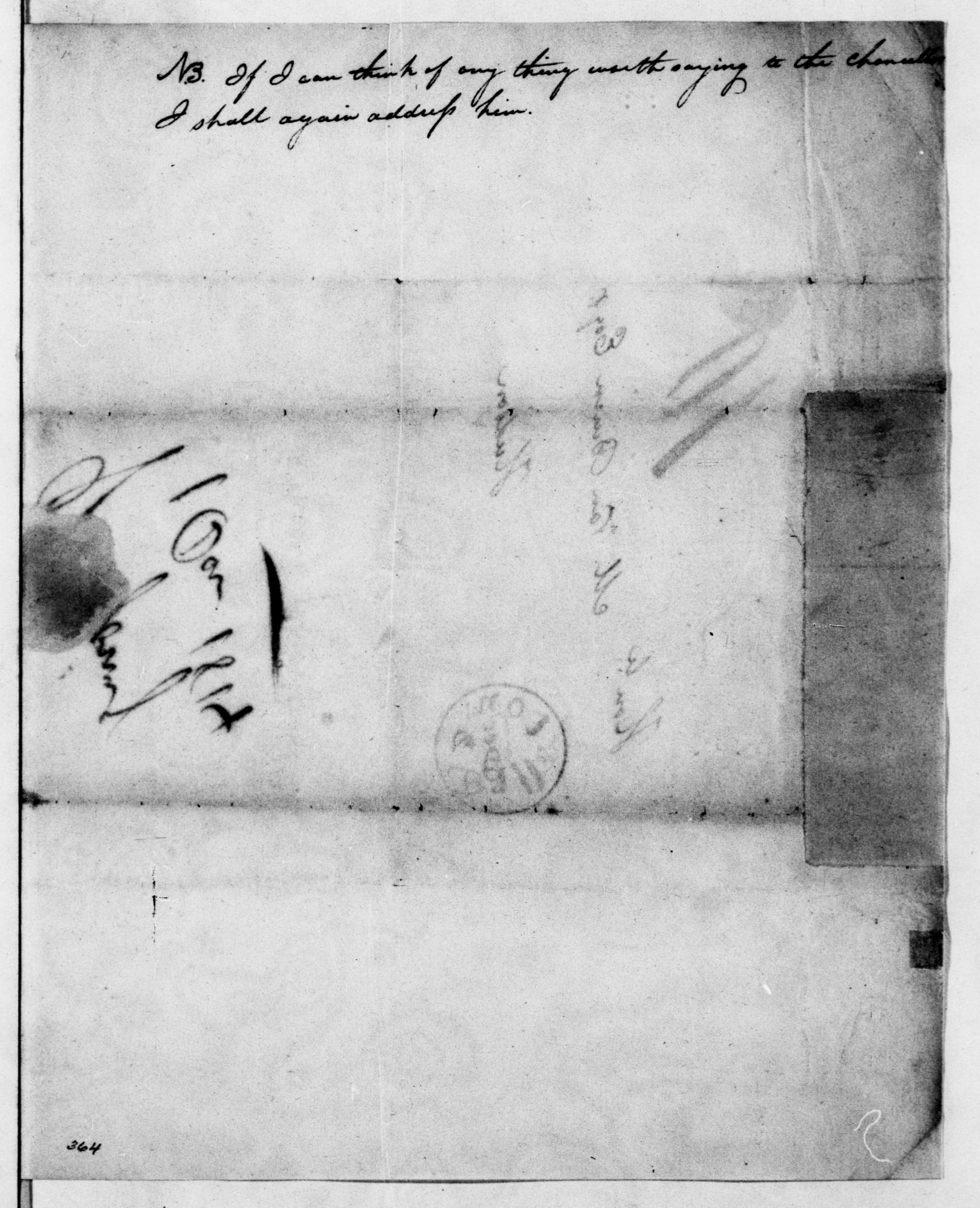 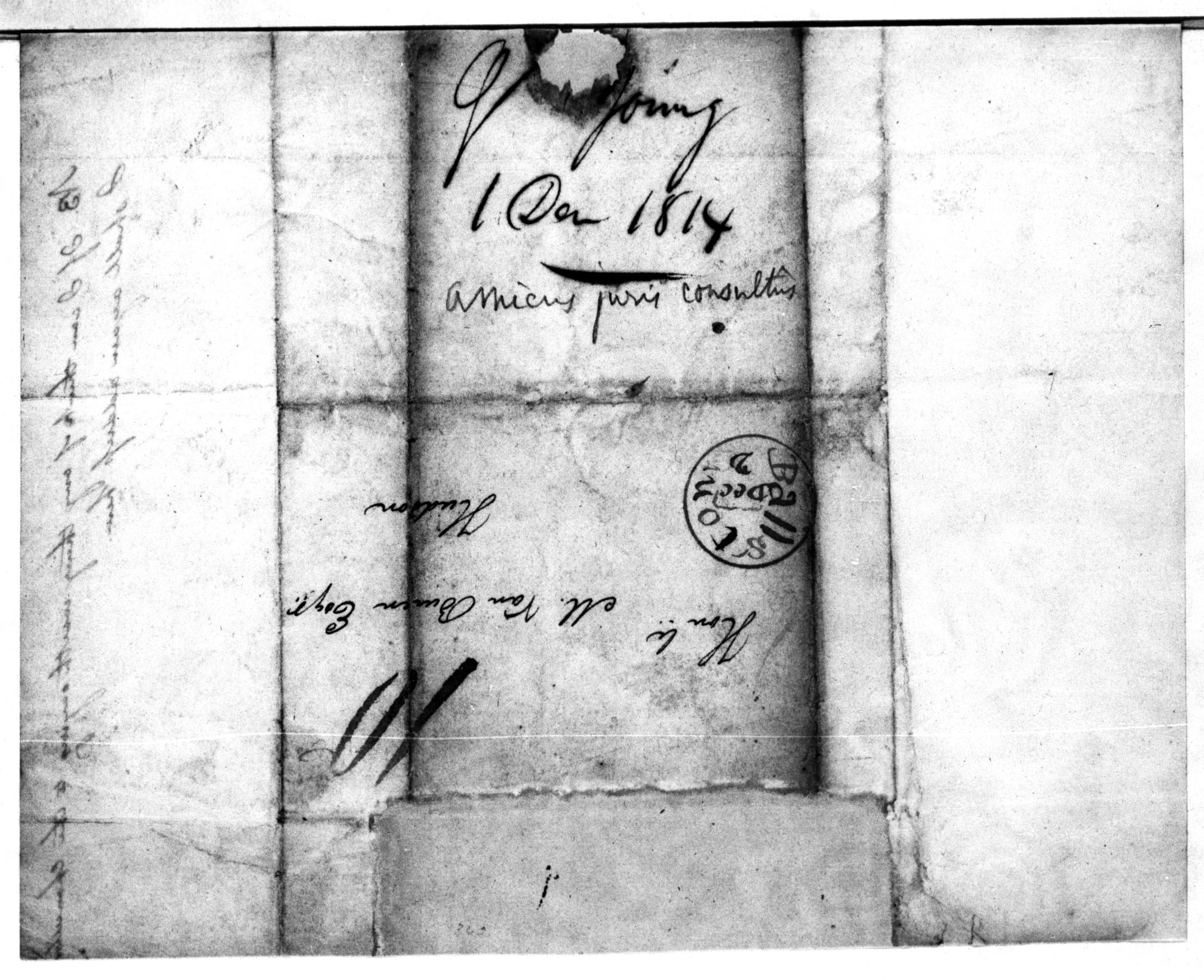