"The Chancellor has observed that an anonymous writer in the Argus of Tuesday, under the signature of Amicus Juris Consultus, has thought proper to charge him with using some offensive expressions in the course of the discussions which took place in the late Council of Revision. The expressions or detached words imputed to him, appear not to have the most distant connection with the question which the writer undertook to discuss, and therefore nothing can be more wanton than the introduction of such charges.

As the name of a respectable person is implicated, the Chancellor feels himself bound to take some public notice of the imputation.

He is charged with insulting Chief Justice Thompson, in saying of him, when he was not present, in the Council, that 'Thompson had the audacity to pretend,' &c.. What particular fact or bill is alluded to, is not mentioned... To this charge, such as it is, the Chancellor answers: that he may possibly have used some expressions of the kind in some conversation or debate, tho' he does not believe he ever used them in the manner they have been stated.. But in whatever way he may have expressed himself on that or on any occasion, he declares that it never was with the most distant thought or intention of "insulting" the Chief Justice. He denies, disclaims, and reprobates any such design... The Chief Justice was educated to the law as the Chancellor's pupil, and they have accordingly been upon habits of friendship and intimacy from early life; and though they have always been of different parties in politics, it has never intercepted the course of their friendship, nor impaired the constant esteem and regard which they have always manifested, and, as he trucsts, have always felt for each other. During the ten years in which they sat together as judges on the same bench, and were occupied in the same duties, the public memorials of our courts will testify that they auspiciously united in their efforts to establish all the ^great^ leading principles of our municipal jurisprudence. The discussions in the Council are not with open doors, and are therefore generally desultory, and in the manner of free and familiar conversation, sometimes with playful pleasantry and sometimes with animated altercation, and expressions may now and then be used, even by the most cautious prudence, which taken separately, and detached from the tenor of the discourse or the time and manner of using them, would appear to be improper. The Chancellor may be as apt as others to transgress this discretion, but the construction which has been put upon any expression in relation to the Chief Justice is as idle as it is unjust and groundless. What will the community think of this writer, who so rudely steps in, and endeavors, in the presence of the public, to tear asunder the bands of friendship, and, on so frivolous a pretext, to sow discord between the Chancellor and the Chief Justice, in whose harmony, considering their important stations, the Community have a deep interest? Surely they will say, he discovers a purpose of heart which few men would wish to possess, even for the wealth of the Indies.

And while on the subject, the Chancellor will just notice the other charge made by the same writer, and which is, that on some occasion, in the Council, and in respect to the passage of some bill, he used certain harsh expressions of the Legislature. What bill, or what particular occasion is alluded to, does not appear. The Chancellor does not undertake to challenge an inquisition upon the discretion of every word that may be charged to him as used in the course of many discussions, and of familiar and serious and warm conversations in the Council. If others can do it, they are more perfect than he is—that's all.. He however can truly say, that he has no recollection of any expressions of the import, or anything like the import, of those imputed to him in this case; and if any such were used, they were certainly not used with any seriousness of understanding, or any evil thought, and still less with the intention of "severely insulting the numerous gentlemen thus implicated.." The thing is impossible, and the charge is as absurd as it is wicked. He does not indeed treasure up in his memory every idle expression that may be used by himself, or by any of his brethren in the Council, to be afterwards certified or retailed in the public prints... He could never reconcile his feelings to such a practice. It would render the Council of Revision a camp of spies, unfit for an honorable man to dwell in. He endeavors to do his duty while there, independently, frankly, and firmly, and, with the blessing of Providence, he will continue to do so." 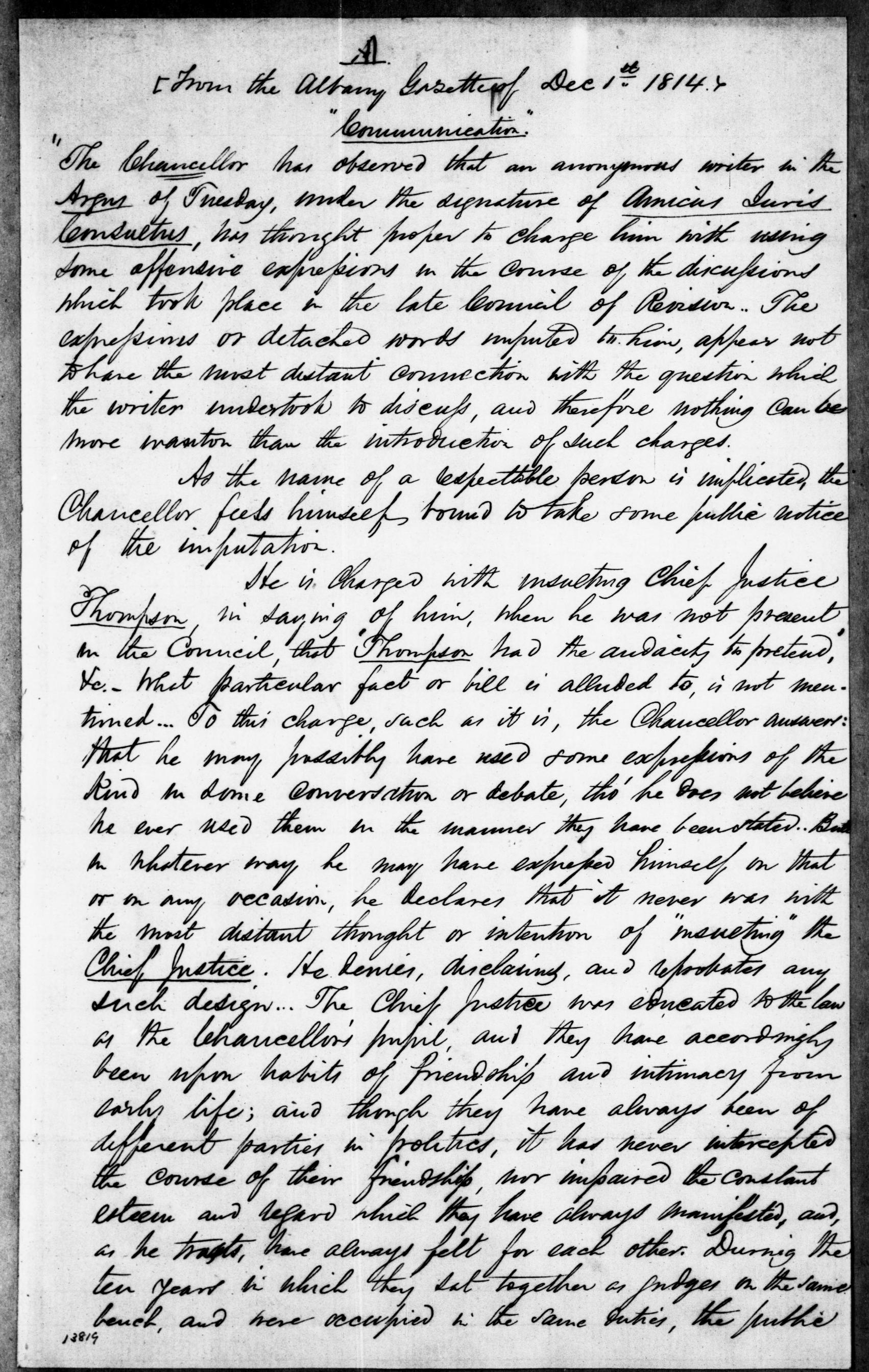 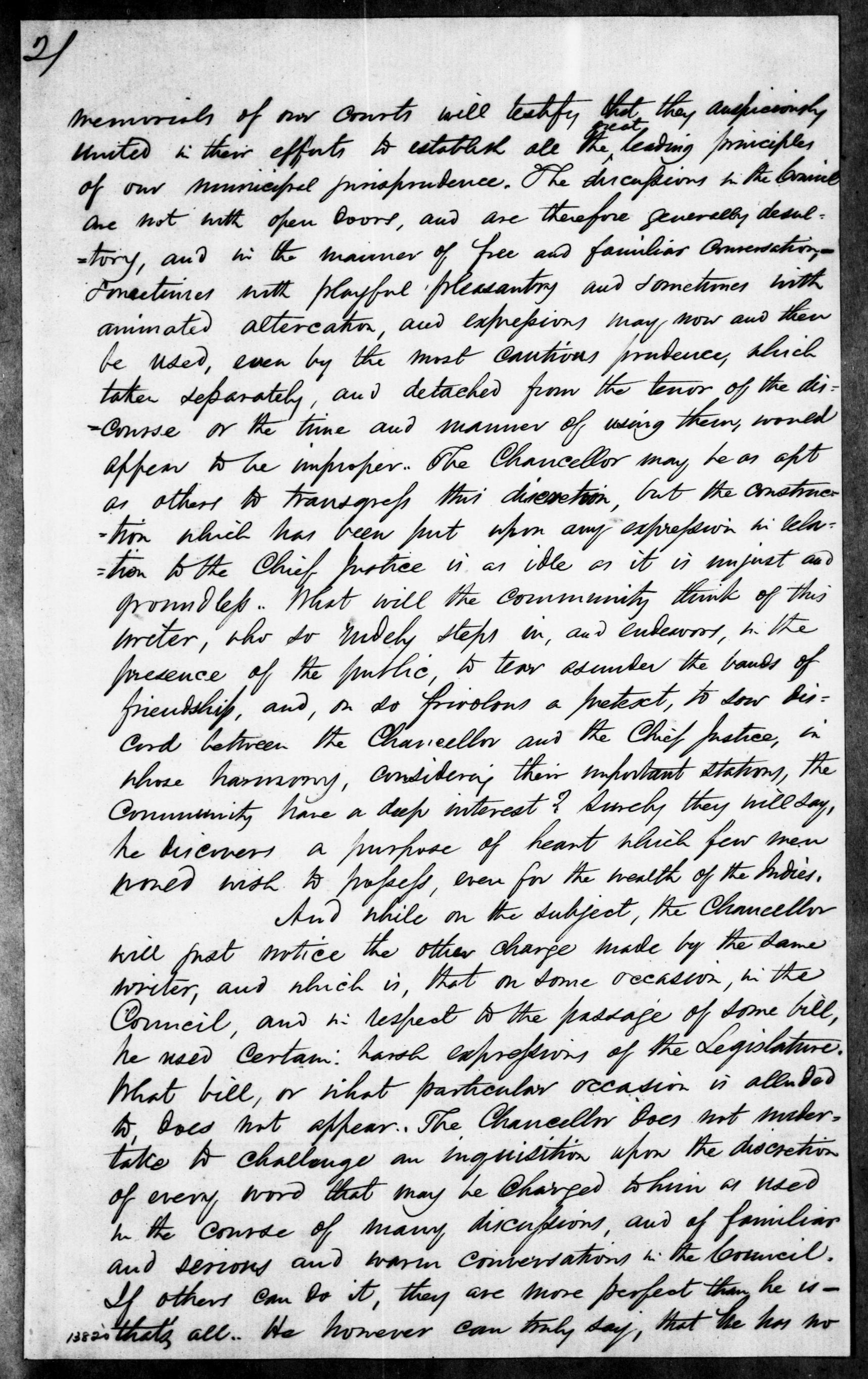 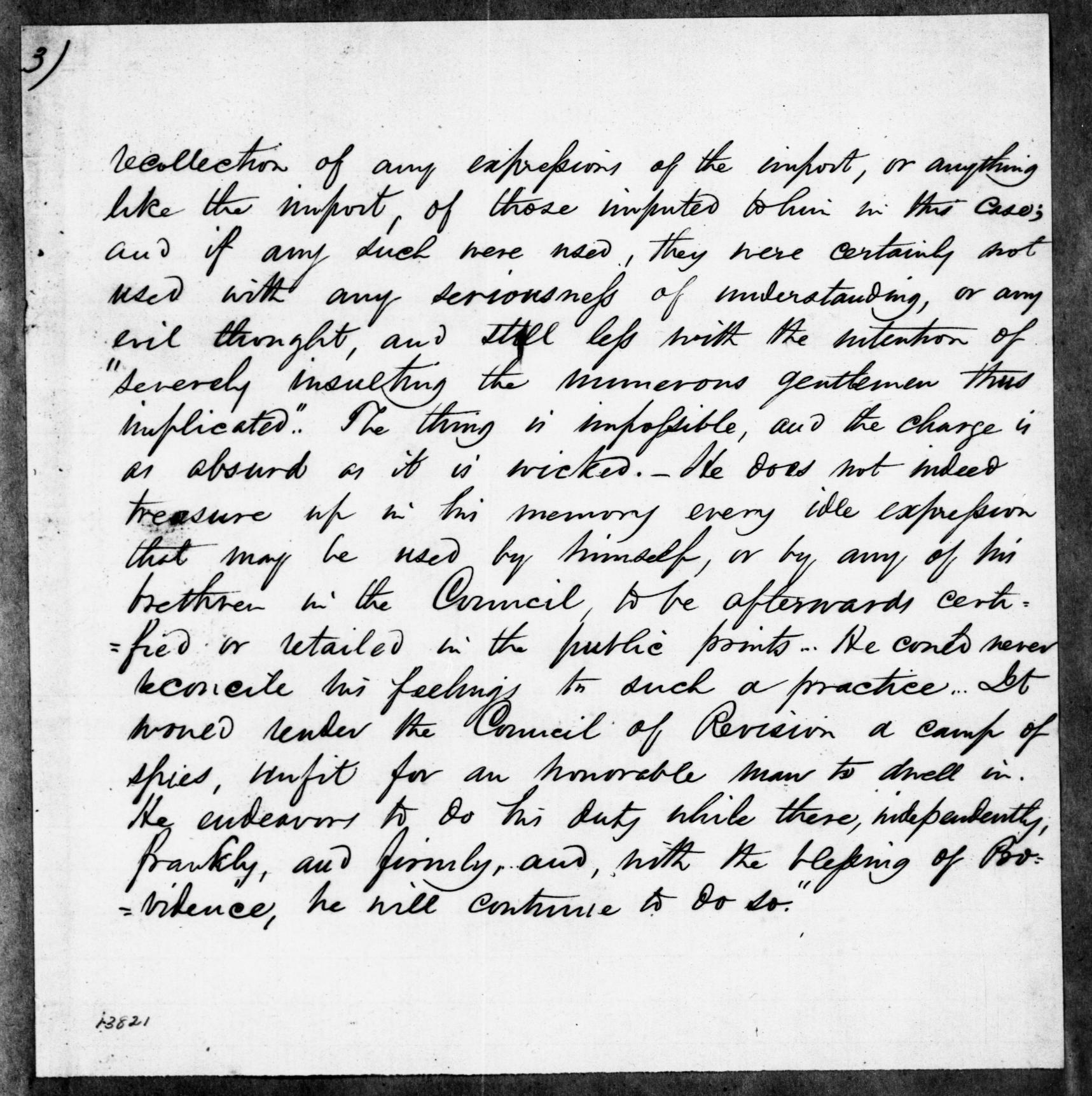 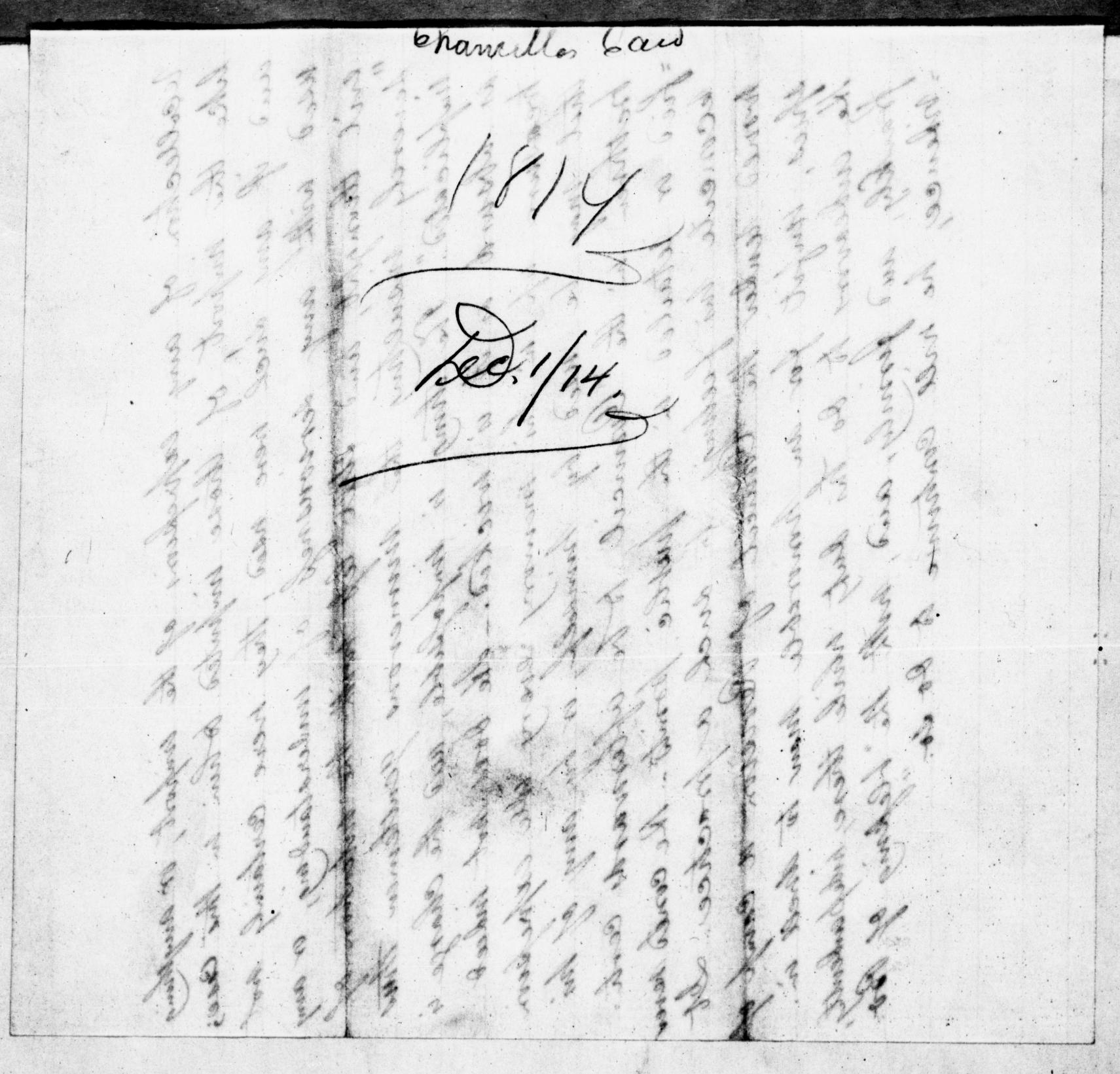