I had the pleasure of receiving your letter this day read just at the moment of leaving Washington. I called on the Secretary of War and showed him your patriotic bill for placing NewYork in an attitude of defience with which he was much pleased. Virginia & other States will probably be induced to follow your example and Mr. Munroe has submitted a projet to the Military committee for raising on the same principle (classifications) 110,000 men to fill the ranks of the regular regiments; also to raise, by voluntary enlistment, a like number for local defence; and we have in existence about 30,000 men. Should these several plans succeed, it will place at the service of Government 40,000 men for the next campaign. Forty or fifty thousand will give to the whole sea board from N. Orleans to Portland, inclusive, a reasonable degree of security, leaving as for offensive operations, fifty or sixty thousand. With this force we may think of carrying the war to the walls of Quebec by the first of November 1815, & perhaps dictate a peace within those <walls> of that fortress. The force you propose raising will prove a powerful auxiliary.

I hope the occupation of your mind on military subjects will induce you to adopt the profession, at least for a limited time. Should you prefer the regular, to the state service, you will find no difficulty with Mr. Munroe in obtaining any rank you may desire. It is proposed to encrease the number of General officers.

I have written you in haste amidst the multifarious duties of my new command, but hope to find time to communicate with you more freely. I shall probably return thro' Albany to the lines early next spring, when I shall have the happiness of seeing you. 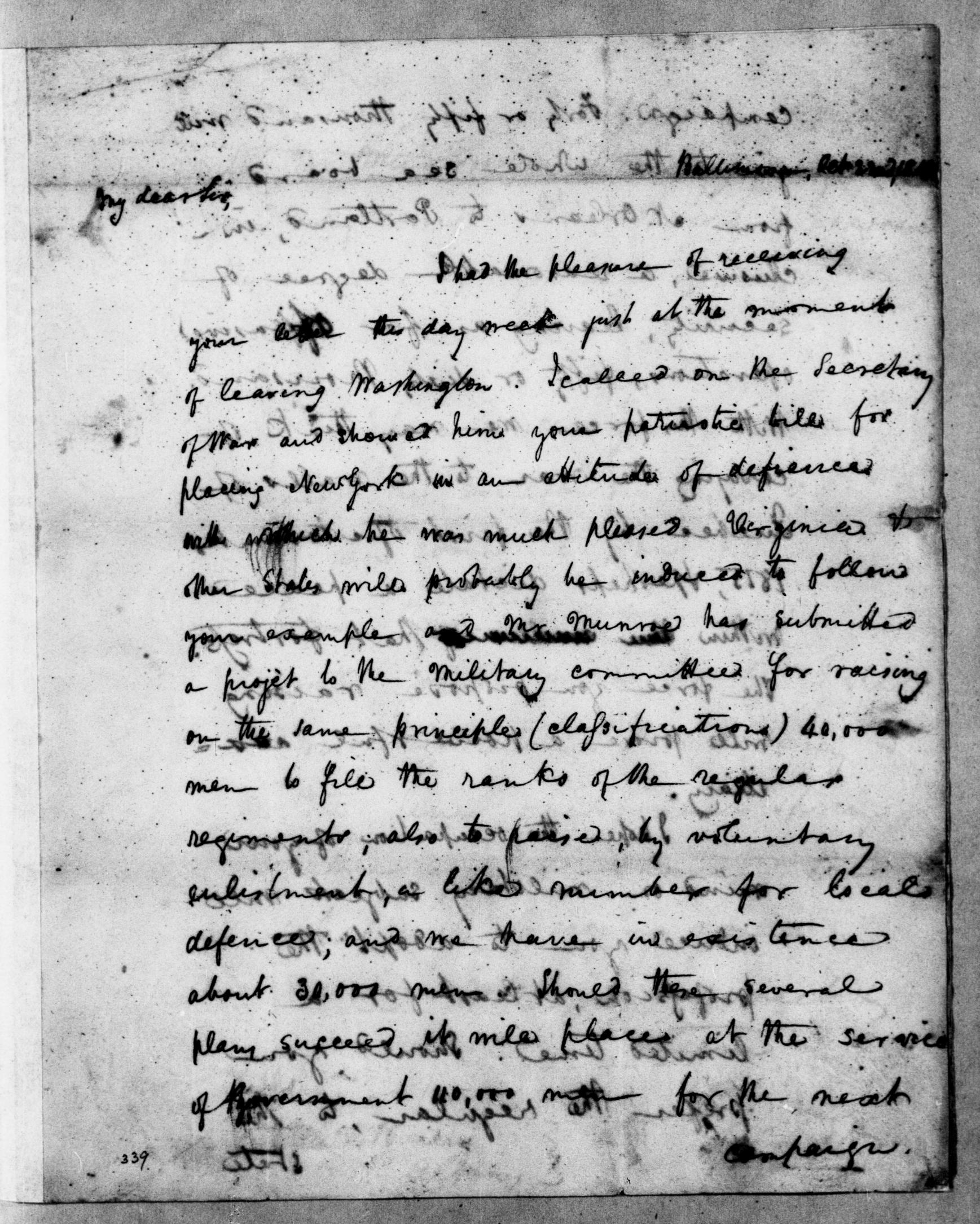 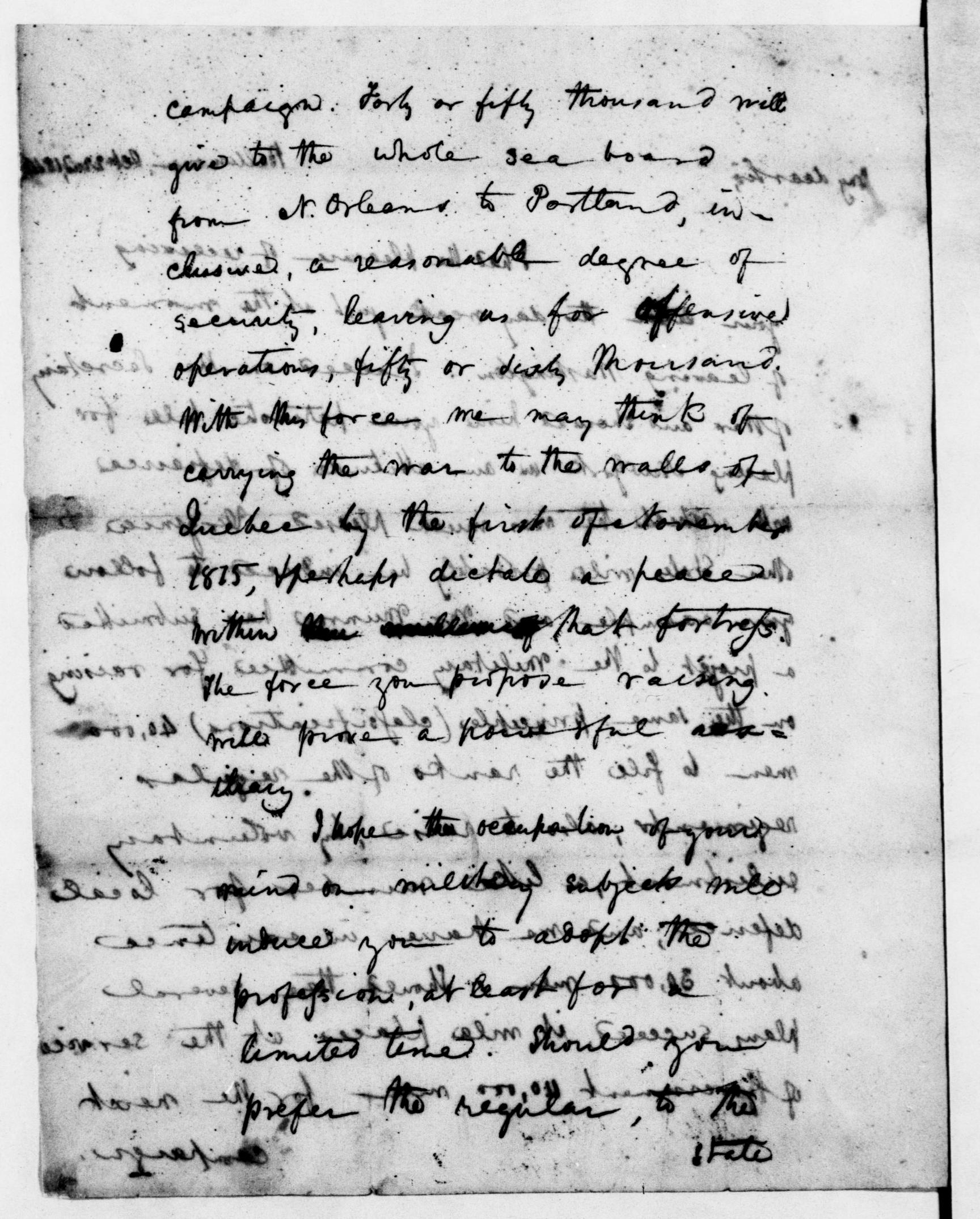 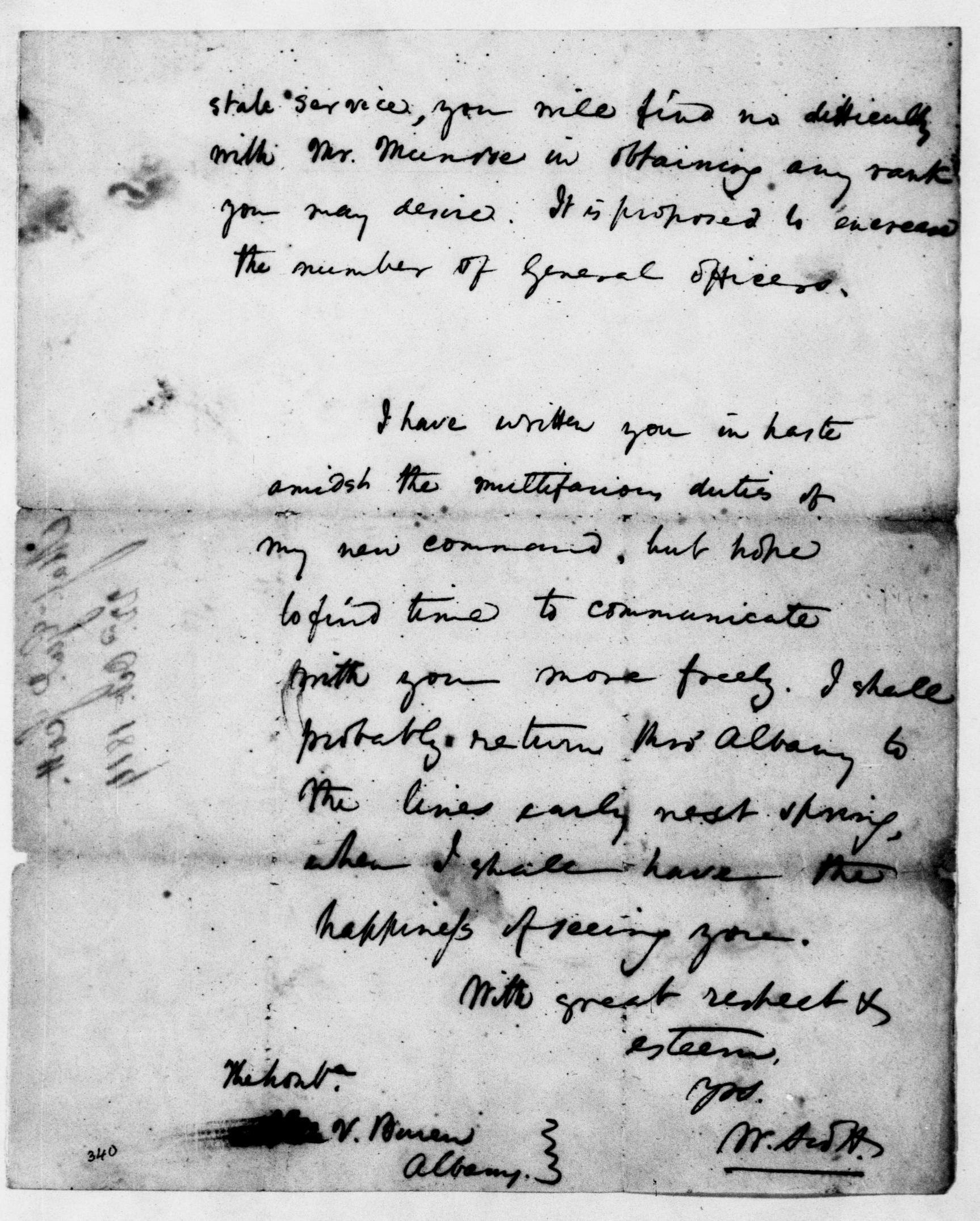 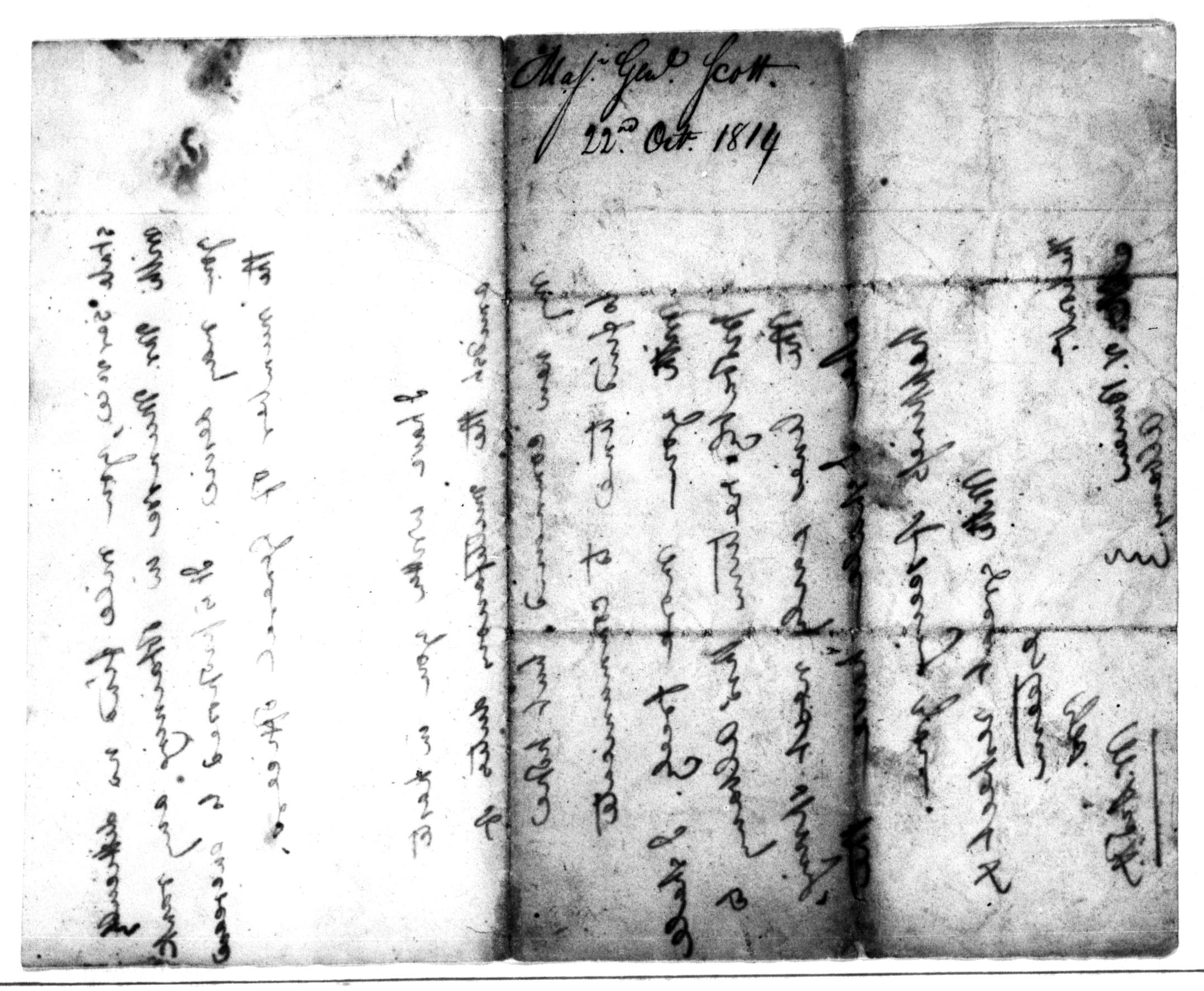