Severe indisposition prevented me taking my seat in the house of Representatives until Monday of this week. We are now all hands engaged devising ways & means to reestablish & maintain the public credit. The receipts from Import for the next year are estimated at four millions & from the existing Internal revinue & direct tax six millions. Additional revinue will be provided to the amount of ten Millions making in the whole at least Twenty millions of dollars. The land tax will be increased. The western & southern Members are unwilling to add more than 50 per cent. I am in favour of doubling that tax. Duties on sales at auction are proposed to be doubled. The whisky tax trebled by adding an excise of 10 or 12 Cts per gallon ^on the whisky^ to the present tax on the capacity of the still. An excise is proposed to be laid on all tobacco manufactured either into snuff, segars, or otherwise. An excise on Bever, castor, & napt hats of 100. 50. & 25 Cts. An excise on stud horses, carriage & riding horses, on lottery tickets or the product of lotteries on playing cards &c &c

The nomination of Mr Dallas for Secy. of the Treasury will doubtless be confirmed. Gov. Tompkins is much spoken of for Secy. of State.

A resolution has this day been agreed to in the House of Representatives declaring the expediency of a temporary removal of the Govt. from this place & a Committee appointed to bring in a bill accordingly. Its passage is however considered very doubtful. The arguments in favour of removal are principally 1st. The expence of defending the district. The Secy. of War, Col. Munro having ordered 30,000 Men to be assembled in the vicinity of this City 10,000 of whom are to come from the western part of Pennsylvania, which force while kept up will subject us to an expense at the rate of Eleven Millions per annum at least, & 2d. The great inconvenience to which we are subjected here since the distruction of the public buildings.

The Newspapers have given a general account of the transactions at Bladensburgh on the 24th. Ult. Disgraceful as that account is to the Militia concerned it falls far short of the truth. Our forces were amply sufficient to repel the enemy. But Gen. Stansburys Brigade & the Militia of this district with few exceptions took to their heels at the explosion of the first rocket which was thrown & were with difficulty rallied by the few officers who were not equally panic struck. But the first shot produced a perfect rout, officers & men united in one general exclamation "Oh God how the balls whistle we can not stand it we can not stand it" they flew threw away their arms & fled with such precipitation that nothing short of omnipotent power could have arrested their flight. They thought the British every moment at their heels & some droped down dead through hard running. The Enemy on the contrary stopped several hours at Bladensburgh & leasurely partook of their rations before advancing a step in pursuit of them. I might mention many instances of the Most unparalleled cowardice & folly which characterised those events, but my heart sickens to record the shame, the degradation, of my countrymen. From a repetition of such scenes good Lord deliver us.

Many military officers anticipate a renewal of the attack on Baltimore this fall.

My health though feble is improving. 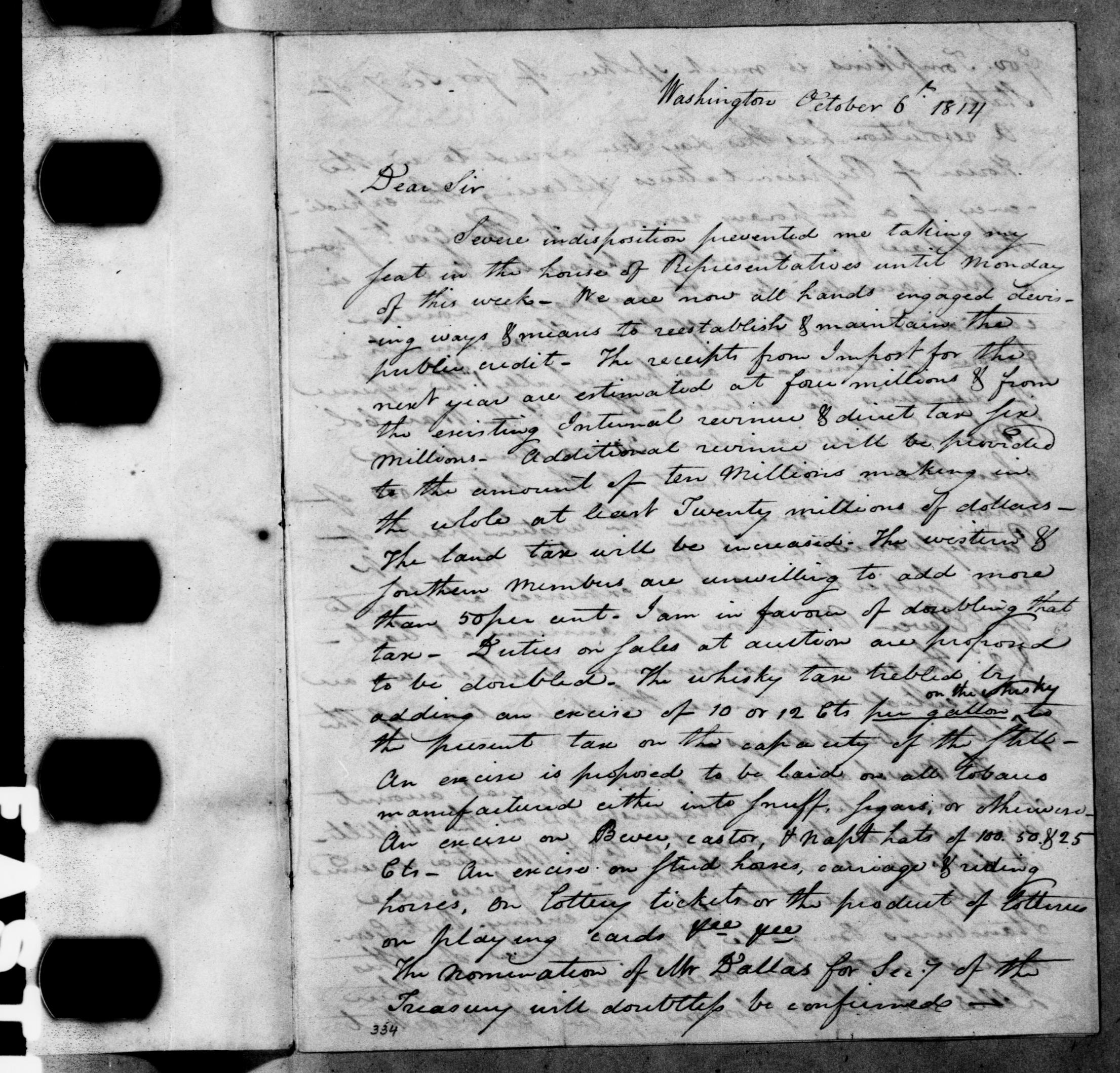 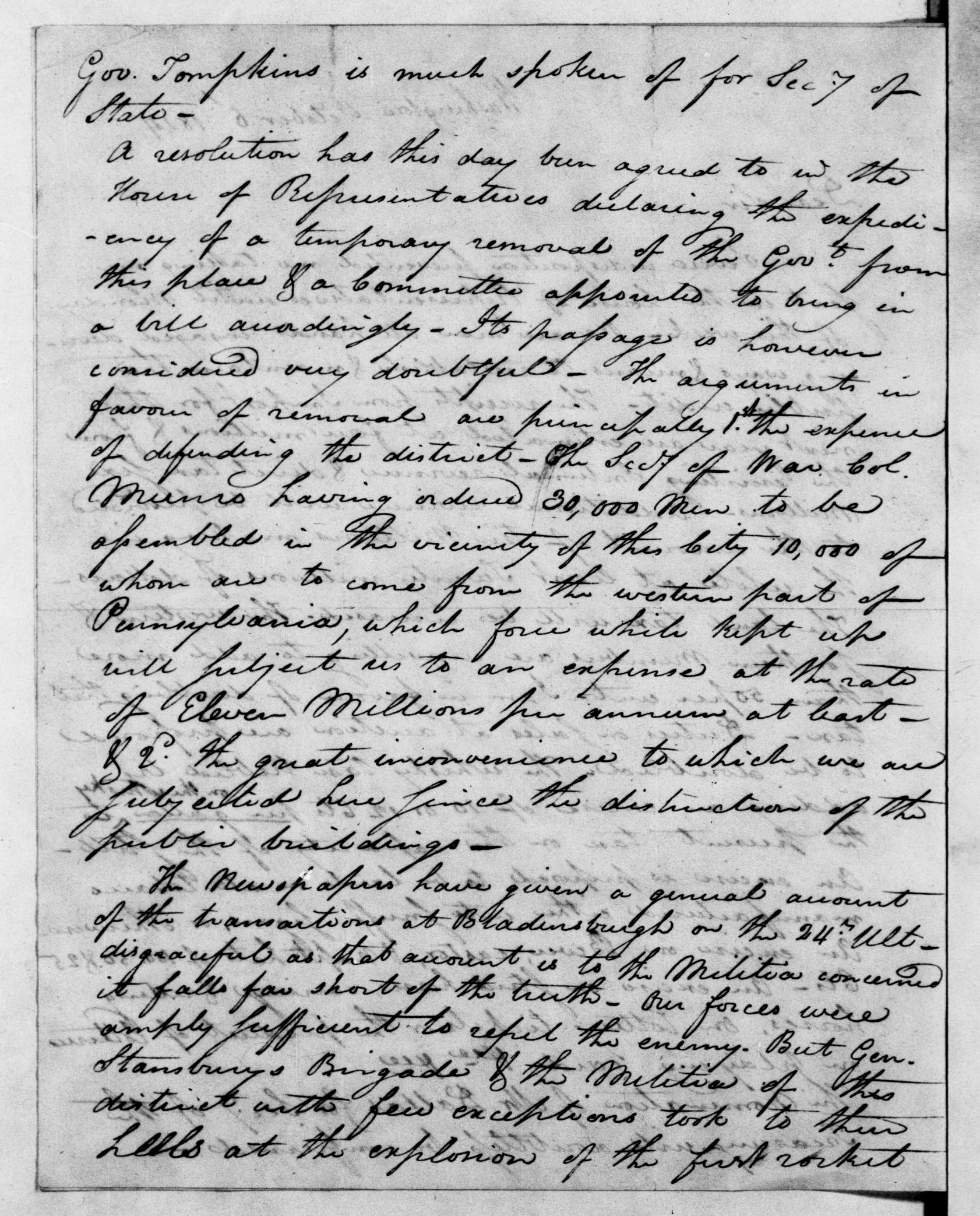 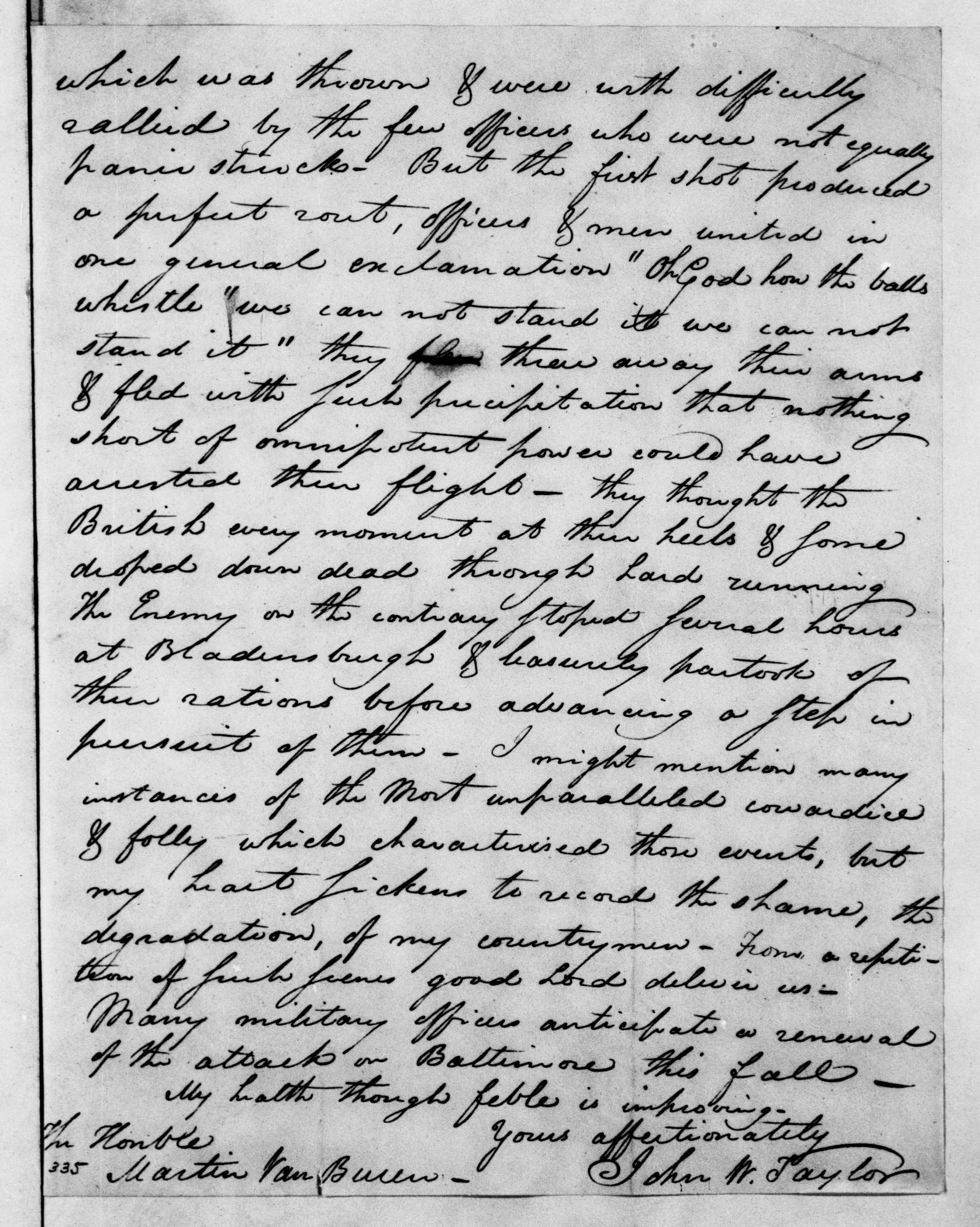 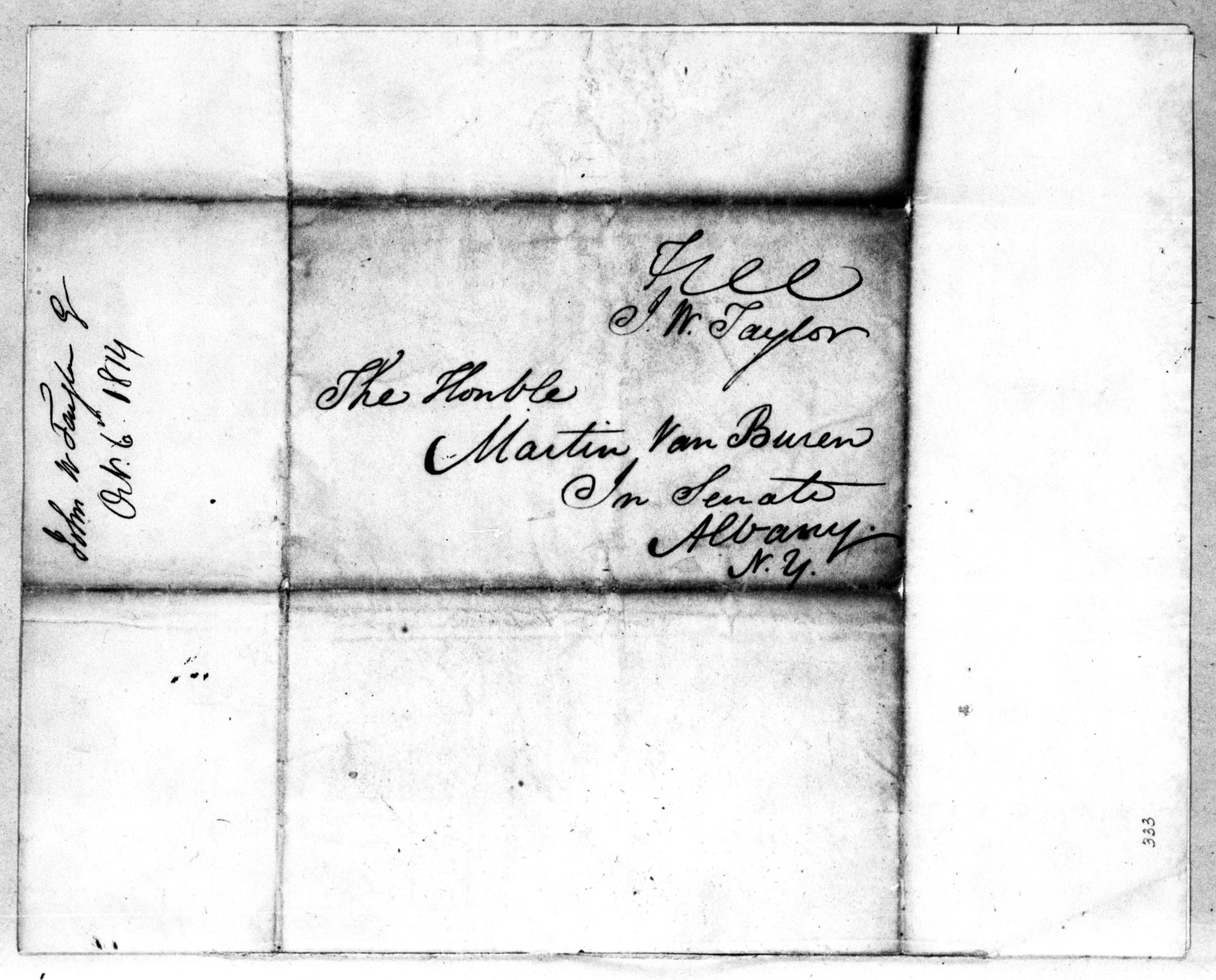