I received your favour with the Inclosure. The various pieces for publication presented from all parts of the state prevented an Insertion in our paper. Our Accounts from the North & west are very flattering. J W Taylor from Saratoga mentions that they will do well. Mr Tiffany from Schoharie, says the same. A number of letters from the Western District, speak with Confidence. The federalists appear also very Sanguine. Upwards of Ten thousand dollars is billed in this City. Among others Contractor Foote has given $1000 to receive one dollar for every vote. Mr V Rensselaer, has upwards of $4000 more than Governor Tompkins. This Gentleman has taken a Tour through the Western District, but I presume, that before he returns, he will discover that he has put his foote in it. Our friends here are doing their duty, and from the Calculations they make our Succiss is certain, but the result must determine. Could you have thought it possible that depravity should so far prevail as to induce men of Character to assert & publish that Mr V Rensselaer was ordered by General Dearborne to Cross over at Queenston at all Events, but so it is. You have seen Enough the last Session to Convince you, that no means can be too base or depraved, to accomplish the ends.

I am Dr Sir 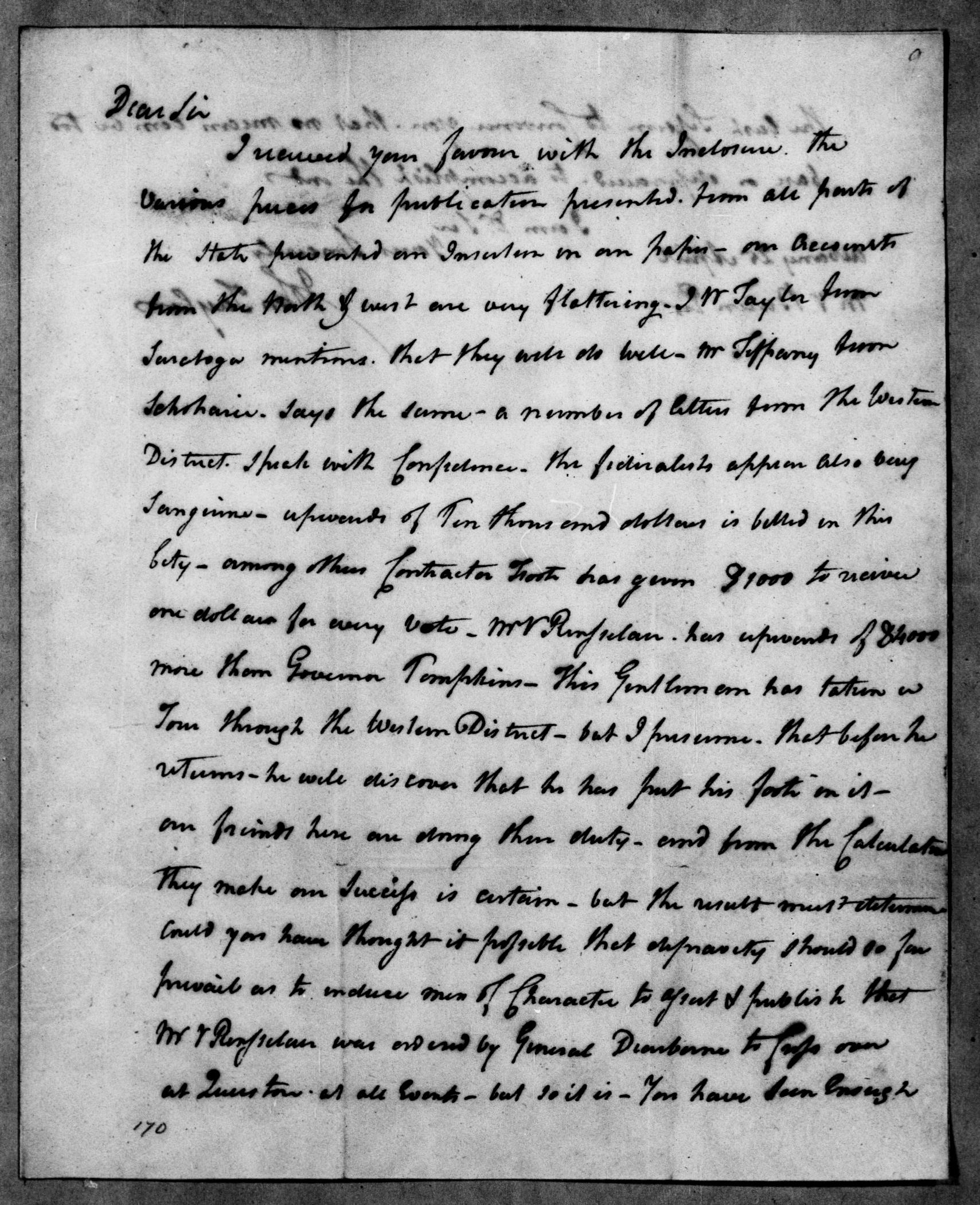 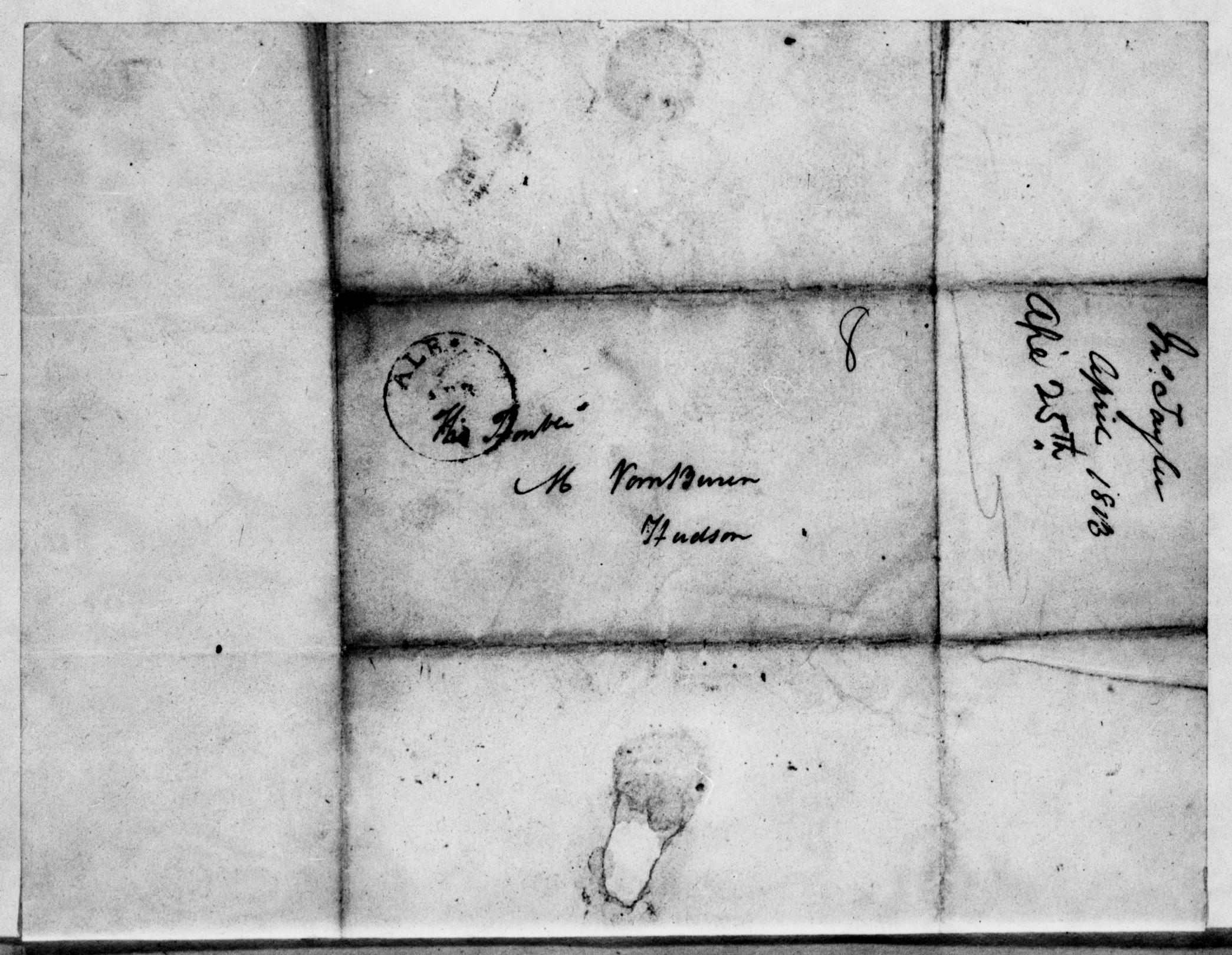