Coll J R Van Rensselaer was Yesterday at Walters on his way to Rhinebeck Flatts He informed Walter so he tells me Edwd P Livingston Esqr. Would be a Candidate for the Senate In opposition to you & that the Federalists Would give him a Warm & Vigorous support Which with the support he would have of the Republicans In the District Would Elect him He ^Coll R.^ was last Eveng at Jaques’s I understand, & Mr Oakley from Pough & other Fedl Gentlemen with him. I presume a Caucus I would recommend to the Committee of Correspondence from your County to Write hurrily to every County in the District—(In this it may not be ^so^ Necessary) apprisg them of the expected Nomination of Mr L. Our County Meeting ^is^ to Morrow Genl A. Mr Tillotson Cole <Harmane> & Myself & 6 others compose the Delagation from this Town I expect Our Meeting will be very Numerous & Respectable I shall not be back till tuesday the Distance is 25 Miles bad Roads at any Season & I should not go at any other time & on any other Occasion. I will Write you hurrily after My Return 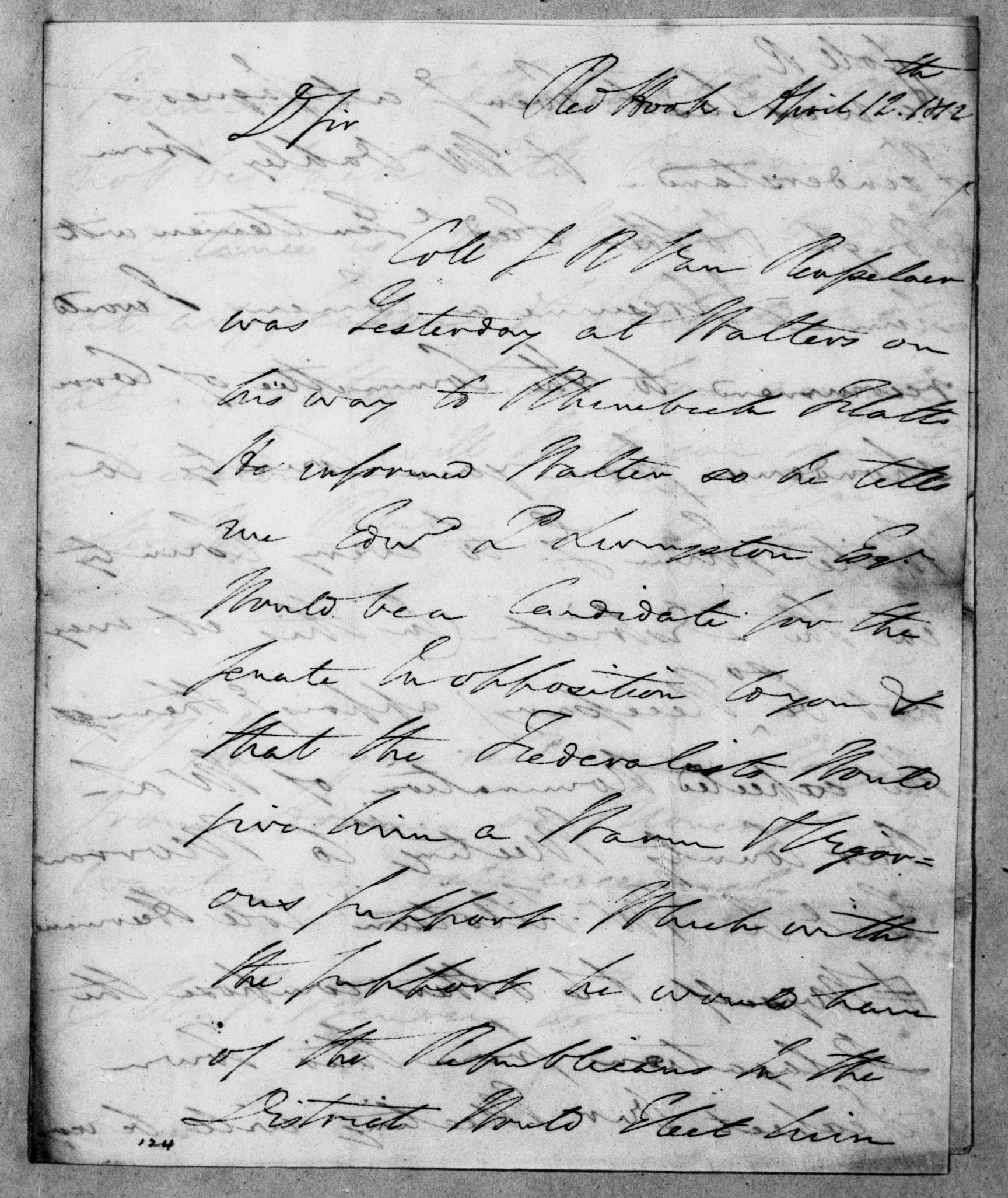 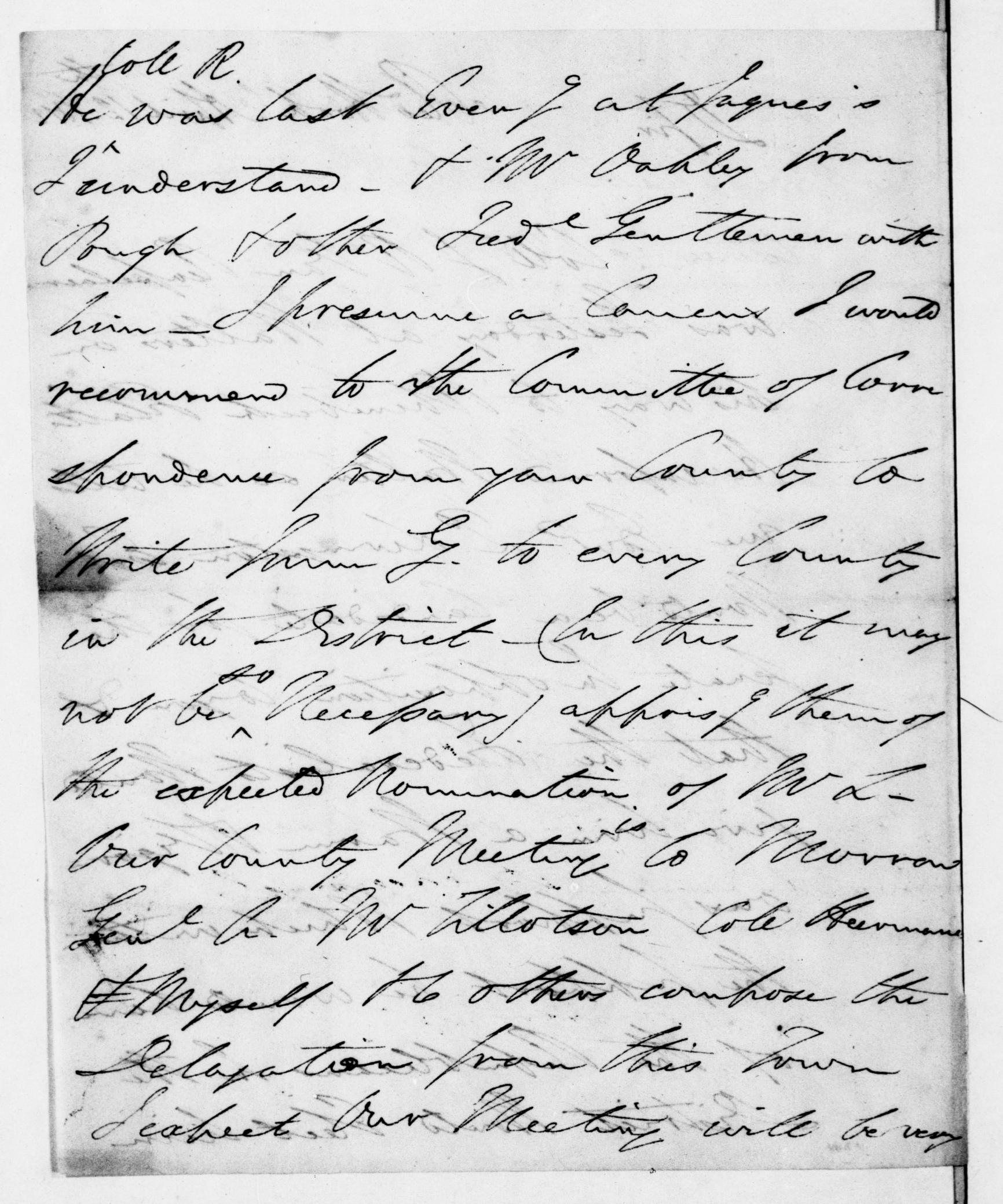 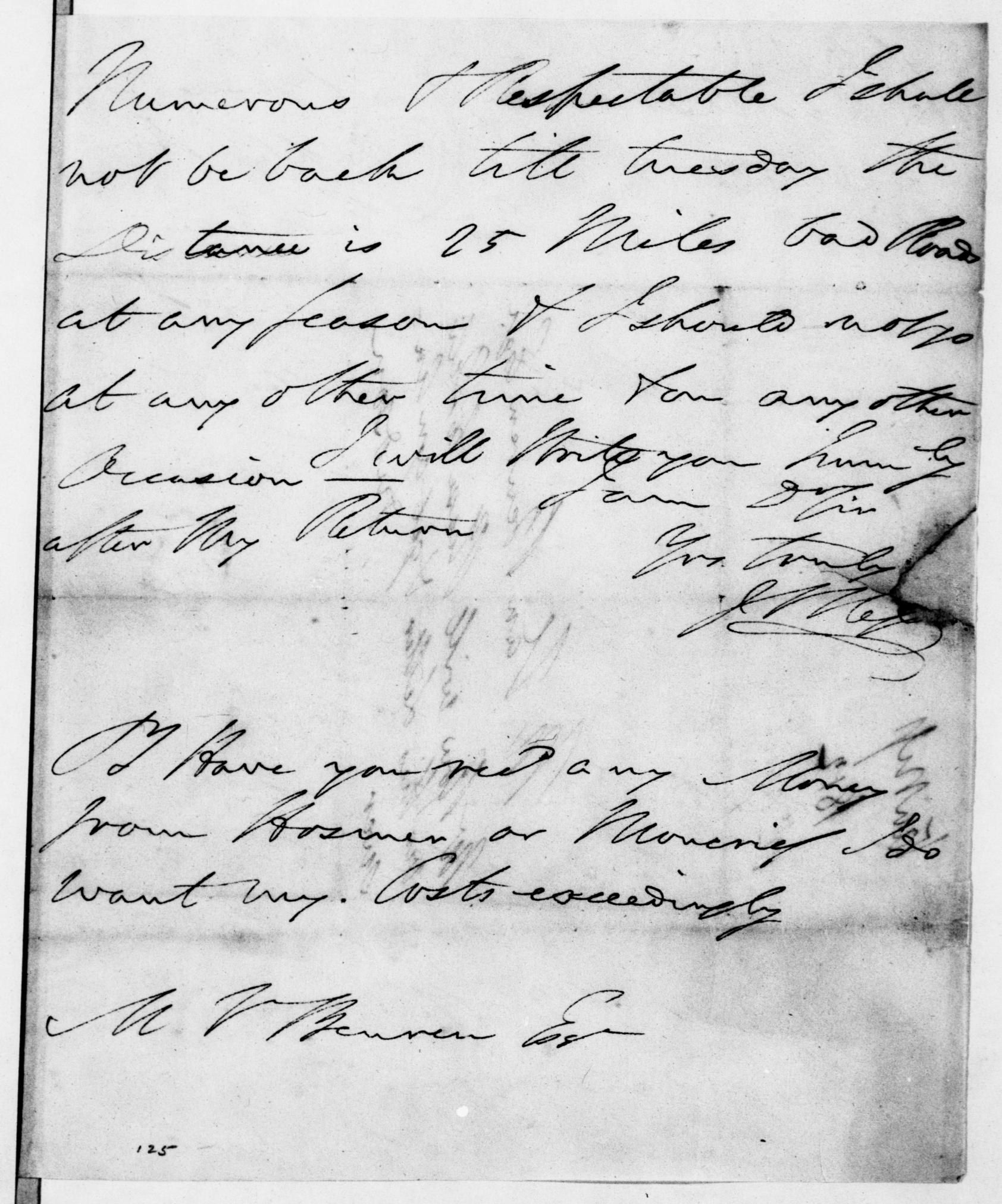 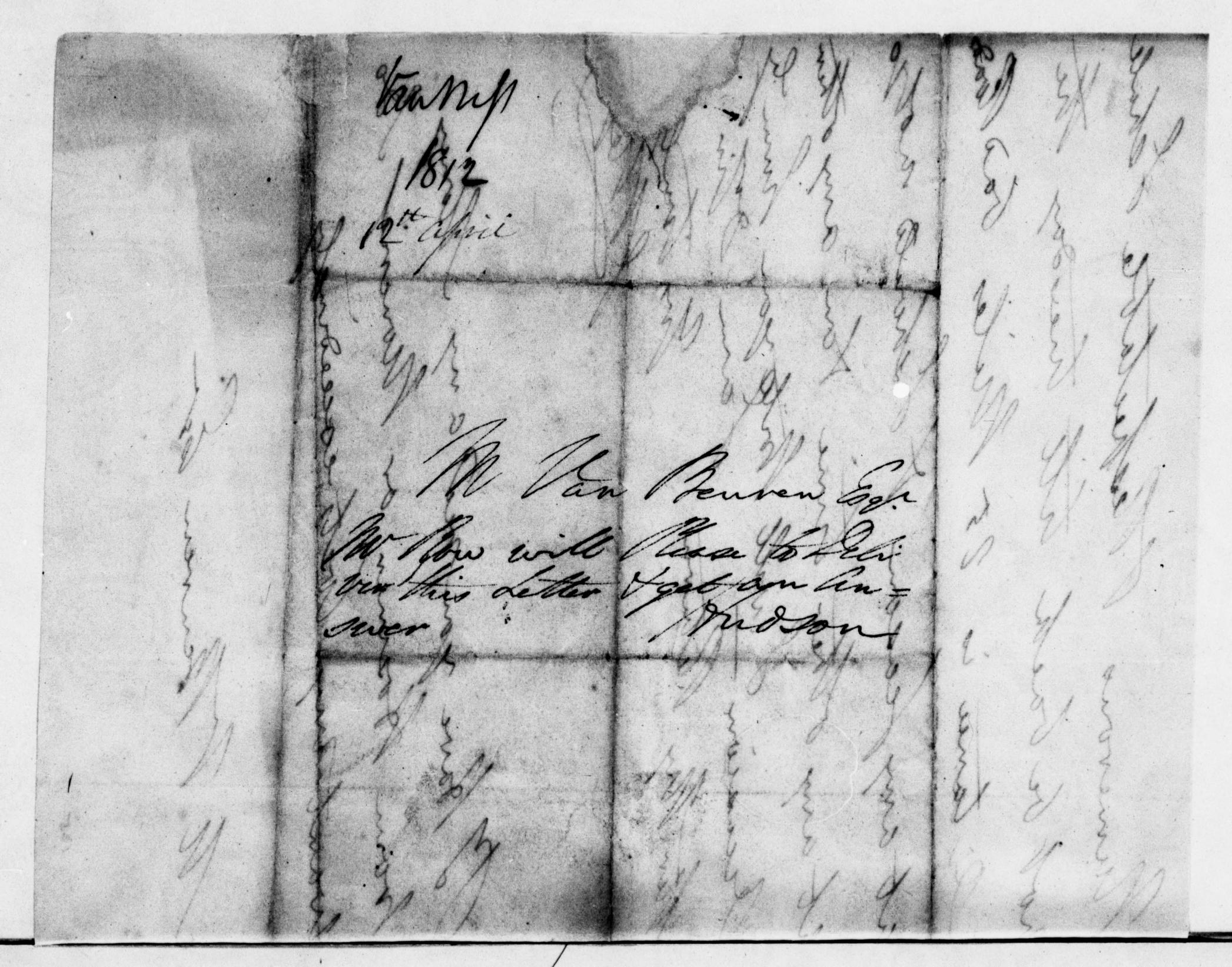