Your favor of the 2d. Inst. enclosing the order of Court came to my office while I was in Albany which has delayd. the answer. I left home with fond expectations of going to New-York, but the severity of the weather induced me to retreat, and what little business I had Mr. Foot was so good as to take the charge of.

I thank you for your remembrance of me at the Albany circuit, I assure you that nothing could have afforded me more gratification, than to have witnessed the trials you mention. I rejoice to hear from you that these trials exhibited “a proud day for republicans in every point of view (except the display of professional talents.”) And I was equally happy to have learnt. (not from a principal actor) that it was upon professional talents and a display of the Bar eloquence that chiefly engaged the attention of our Friends. And from the old maxim, Allegans propriam turpitudinem non est audiendus. I am holden to consider the <exception> nought.

Altho I regret that our worthy Friend is thus deprived in the first instance of securing to himself in <Such> an honorable verdict, yet it furnishes to the community an explanatory resolution of an instance perfectly similar which occurd. at the <last> Washington circuit; that to do unto one class of Citizens, which would be proper for another is inconsistent with the true sense and meaning of federal doctrines— — — —

I was astonished that friend Foot Should have listened to any such arrangement of the Jury as was made (however honorable in itself) after the <experiment> hearre, had so recently been made, and the distinction between general and particular principles so fully so settled.

I have just got hold of the first Numbers of the “Columbian” and from their present aspect I am induced to believe our anticipations will be [. . .]

If you have been in New York or heard particularly of the State of parties, please inform me, In this part of the State the cause is brightening, and from the best intelligence I can get from the <illegible> we are there safe. What is the present calculation & belief of our next Counsel of Appointments?

In haste I am DrSir very sincerely

Wanton Burmingham for himself, Wife and Daughter Sally, gained a Settlement in the town of Thurman, they afterwards move to the Town of Bolton, where he gains a new Settlement, but before he acquired his last Settlement & I believe before he left Thurman, Sally attained the Age of 21. She however continues to live with her Father & Mother, under their care & protection and is supported by them as while an Infant. They afterwards became chargeable. Which Town is by law holden to maintain Sally?

Your Answer will much oblige 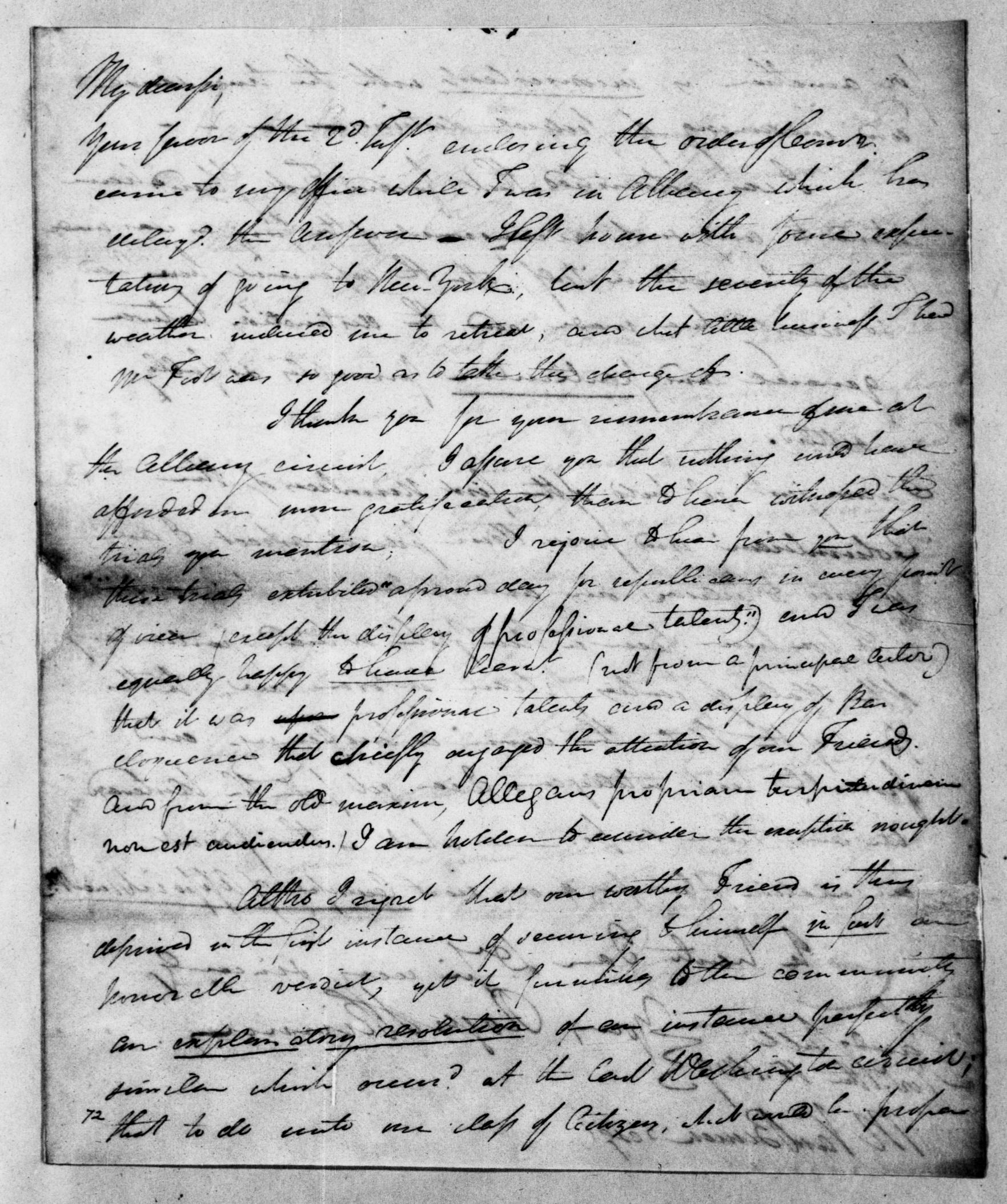 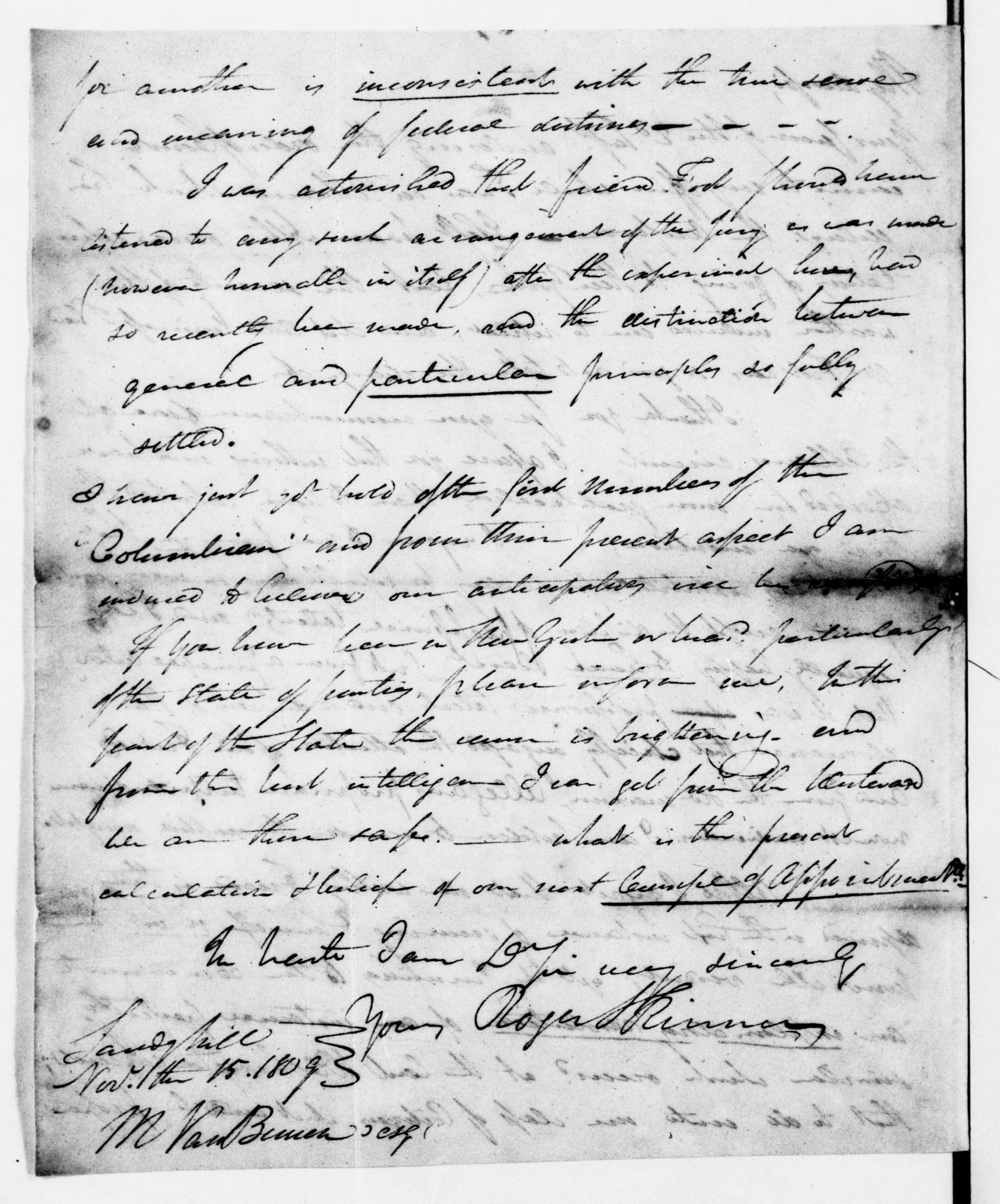 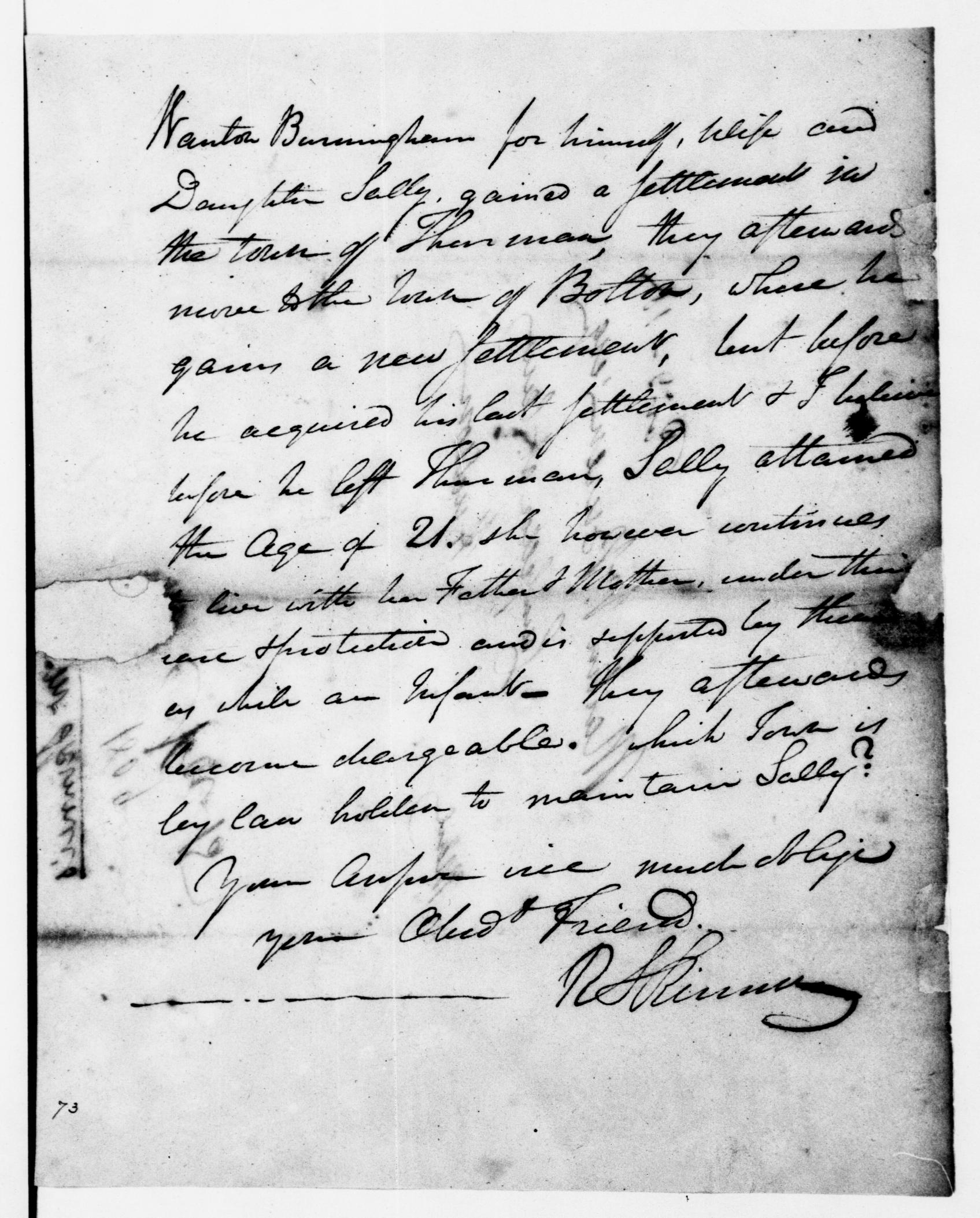 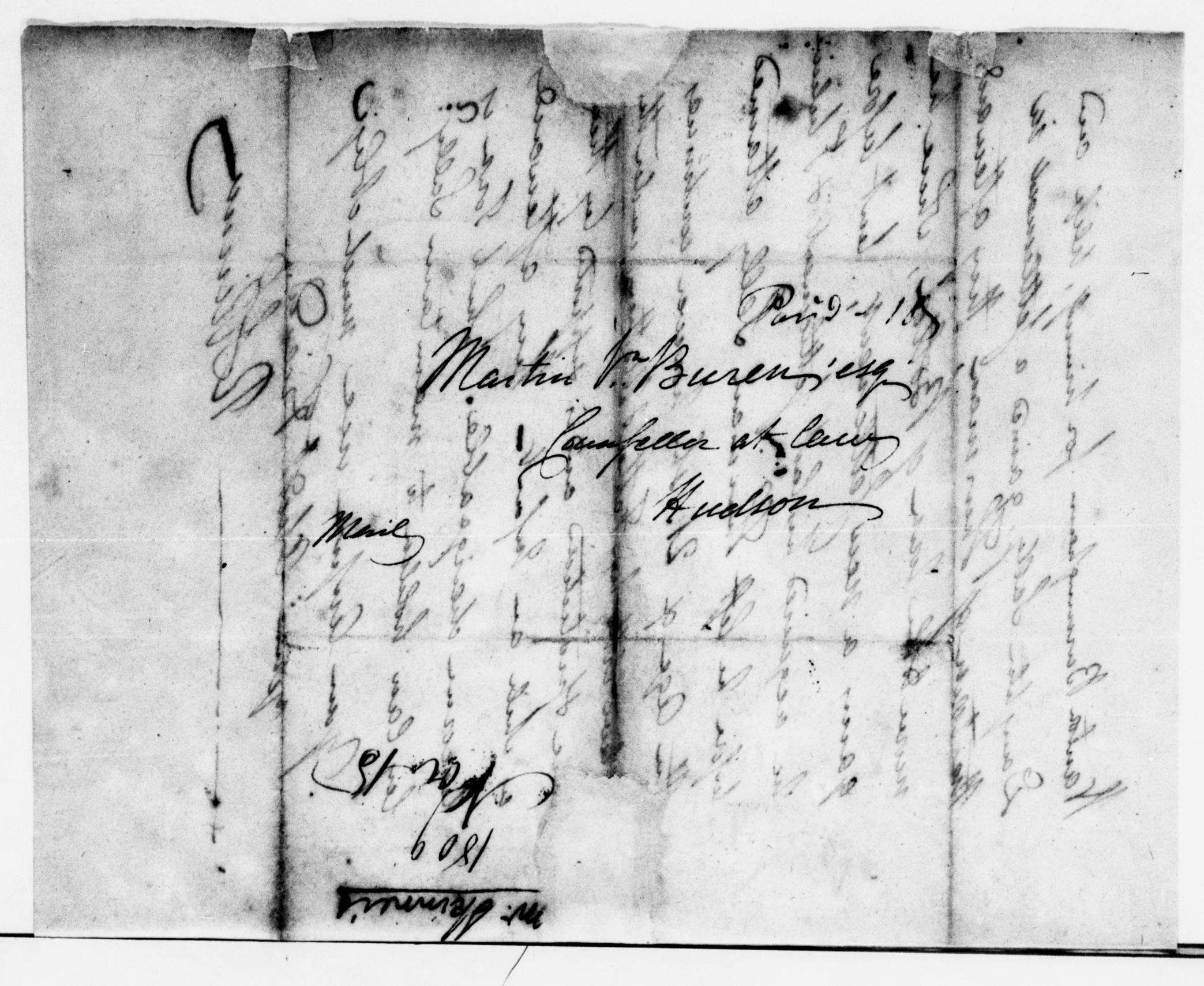