I regret that I have only recd. your letter of the 18th. this moment & consequently too late to try your note at the Bank this day. I omitted sending to the post office on monday & was prevented from doing it yesterday, in consequence of a singular circumstance which occurred to me personally. I was unexpectedly attacked by a man who was walking behind ^me^ down State Street yesterday morning, nearly opposite Southwicks. I heard a person walking behind me, who called me by name, & as I checked my pace & had partly turned round to see who it was, I recd. a violent blow on the back of my head ^from a heavy hickory cane^ which Staggered me very considerably & before I could put myself in a posture of defence I recd. a second blow which quite stunned & brought me to the ground, where I soon ascertained that the assassin was Solomon Van Renssalaer. He continued to deal several heavy blows indiscriminately upon my body & stamped upon my breast with his foot, until several people collected among whom were some of my friends. The dastardly villain then made off. Shortly after this Judge Taylor met the Scoundrel & charged him in acrimonious terms with his brutal attack, upon which another affray ensued & amidst a concourse of spectators, many of whom became parties to it. Finally Rensselaer became so much wounded & injured that his friends led him Off & the magistrates restored tranquility.

My wounds are not dangerous & by Thursday Friday I expect, to visit town & perhaps expose myself to another attack. & if my assailant does not approach me unperceived in the rear, I promise him that he shall have his quietus.

This affray originates from the Resolutions passed at the last republican meeting, in which we defend Mr Emmet & Mr Genet, who had been outrageously assailed by the Federalists. I introduced there resolutions & read them to the meeting & in consequence of an expression in one of them, discrediting the assertion of V.R. in an Affidavit which he had made, his vengeance was manifested in the brutal manner I have mentioned & without a possibility of being able to defend myself. I have been thus particular, for, from the misrepresentations made here, I presume that nothing of federal villainy & falshood will be wanting to discolour this unpleasant transaction abroad.

Our Prospects are excellent. From correct sources of information we are induced to expect the following result 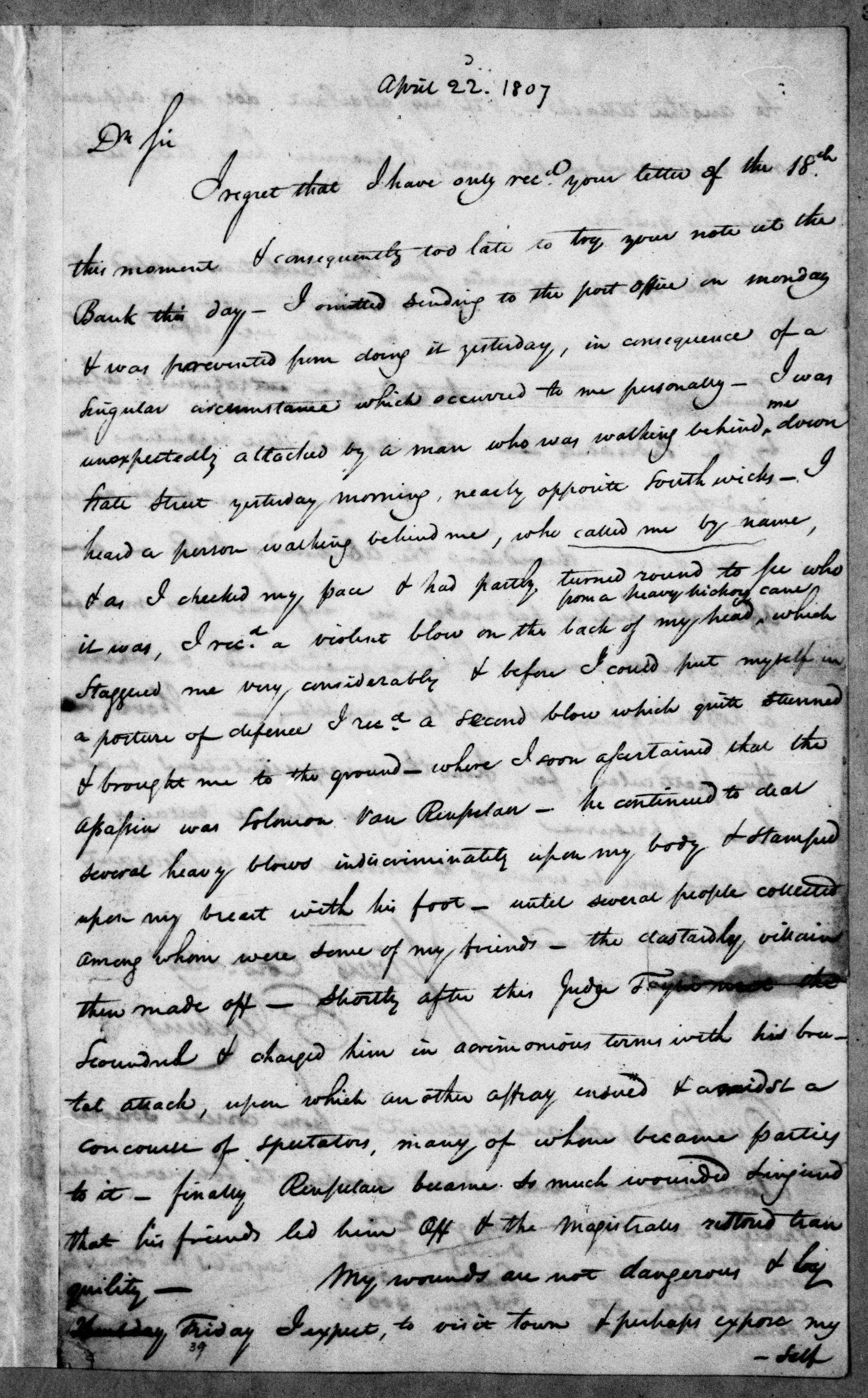 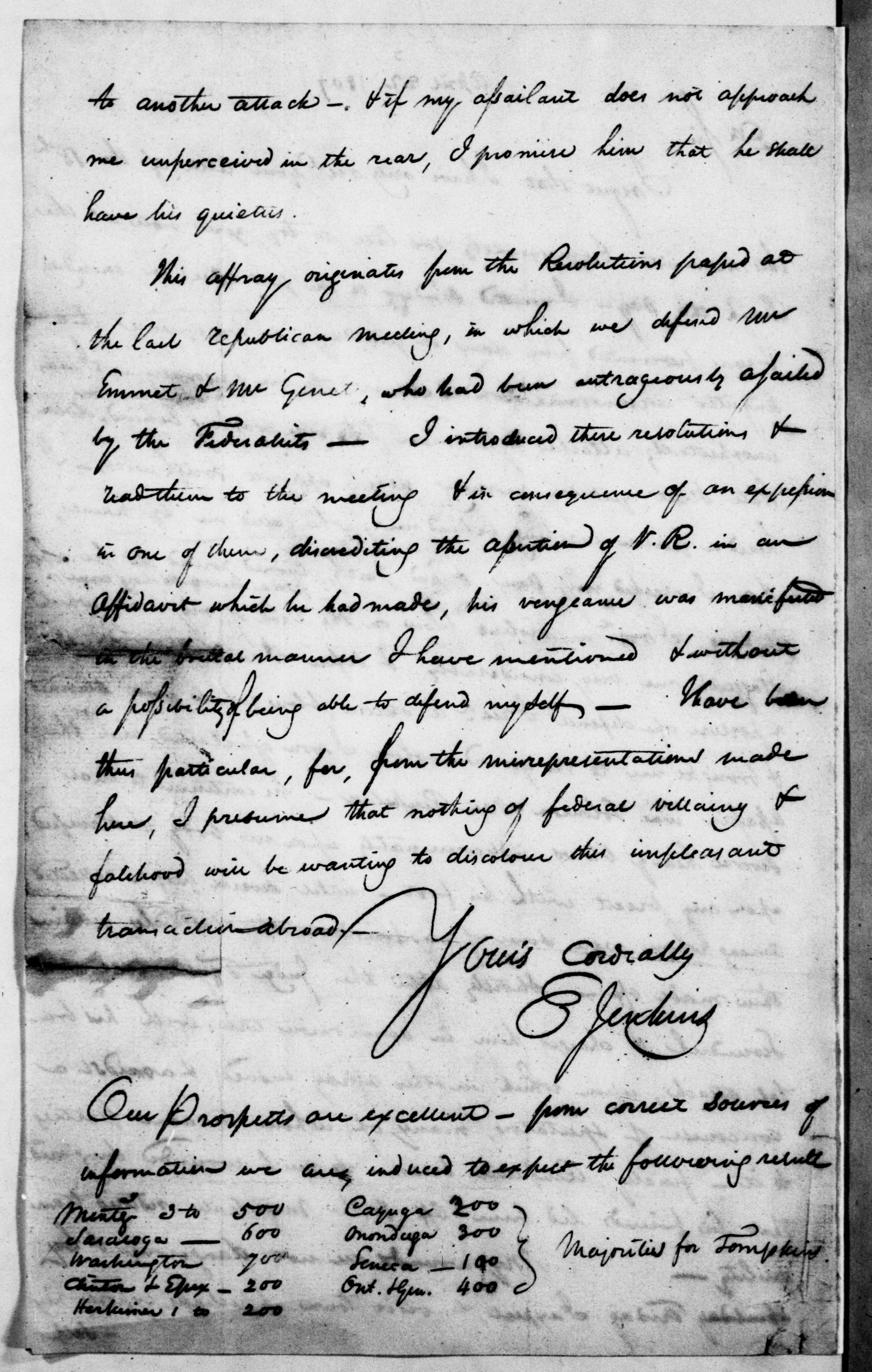 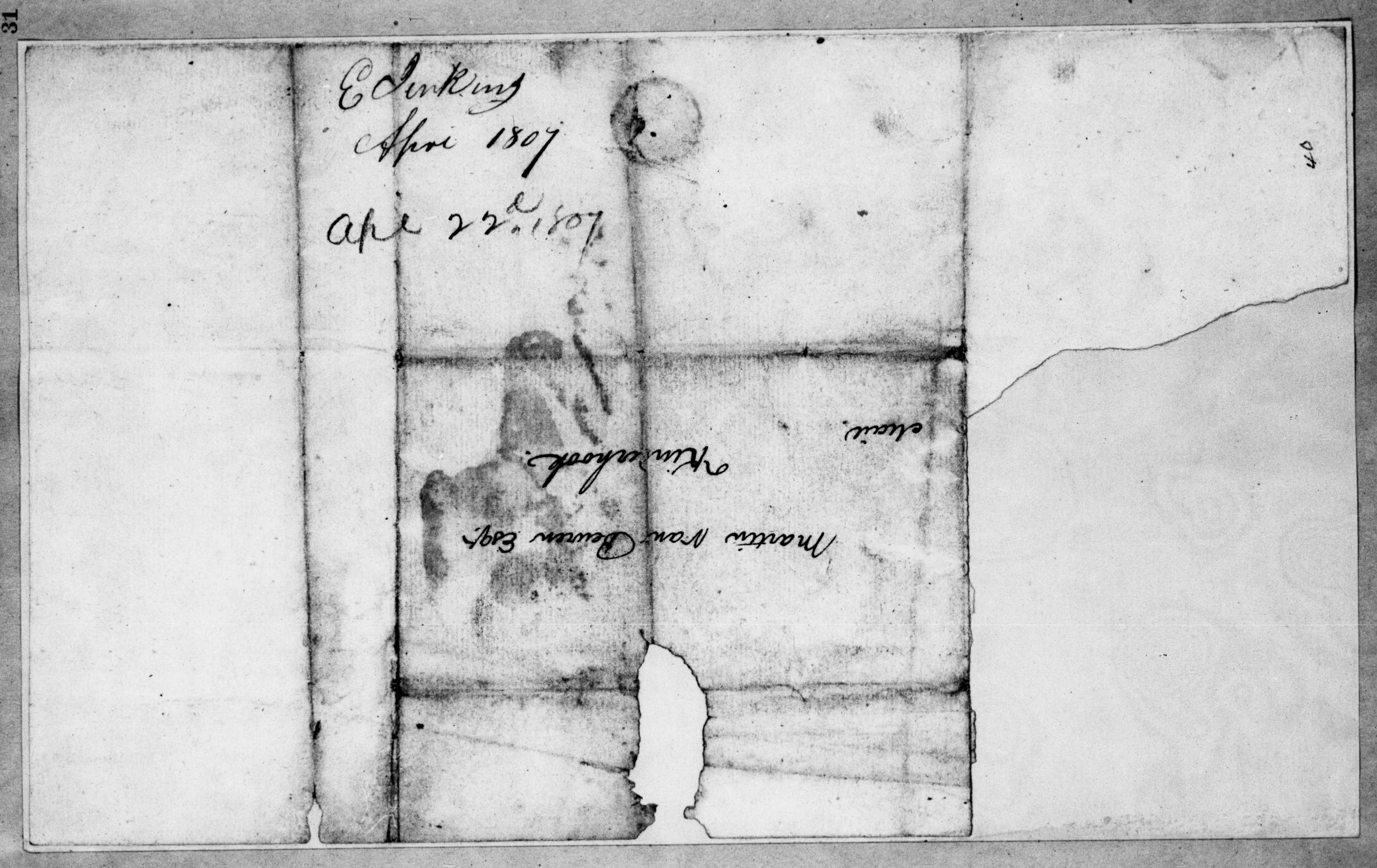