"Congress has repeatedly & ^not^ without success directed their attention to the encouragement of manufactures.

"The object is of too much consequence not to answer a continuance of their efforts in every way which shall appear eligible.  Then proceeds to recommend establishments on public accounts for those manufactures of same contents as are necessary in time of war. last

"The manufactures of arms within the U. States still invite the attention of the national Legislature a considerable expense to the publick <illegible> manufactures has been brought to such a state of maturity as with continued encouragement will supersede the necessity of future importation from foreign countries

agriculture ^manufactures^  commerce & navigation the four pillars of our prosperity are the most thriving when left most free to independent enterprise. Protection from casual embarrassments, having many sometimes be seasonably interloped.

"To cultivate peace &, "and protest the manufactures adopted to our circumstances." to presume &c are the land marks by which we are to guide ourselves in our deliberations.

"The suspension of our foreign commerce provided by the injustice of the belligerent powers and the consequent hopes & successes of our cities we are subject of just concern. The situation into which we have then been forced has compelled us to apply a portion of our industry & capitol to national manufactures & improvements. The extent of this commission is daily increasing & little doubt remaining that the establishment found reforming under the auspices of cheaper materials & substance, the freedom of labor, & <taxation> with us, and of protecting duties & prohibitions, become permanent.

"to promote by authorized means improvements friendly to agriculture, to manufactures & to internal as well as external commerce.

1810, Thinking of our growing manufactures

"How far it may be expedient to guard the <company> of ^the^ improvements in the distribution of labour, by regulations of the commercial tariff, is a subject which cannot fail to suggest itself to your further reflection.

1811 "Besides the reasonableness of having our manufactures from success which a change of circumstances might bring on this rational interest regain that with respect to such articles, at least, as belong  though not before officially disclosed to the House of Representatives, your <questions> are all apprised that a treaty & free receipt on the part of his Britannic Majesty is <unknown> when <rid> the subject will without delay be placed before Congress.

"to our defense & our primary wants, we should not be left in unnecessary dependence on external supplies.

"But there is no subject that can enter with greater force & merit into the deliberations of Congress than a consideration of the means to preserve and promote the manufactures which have sprung into existence & attained an unparalleled motion throughout the U. States during the period of the European wars. This source of national independence & wealth I seriously recommend therefore to the prompt & constant guardianship of Congress.

Entirely from Presidents messages in relation to the tariff. 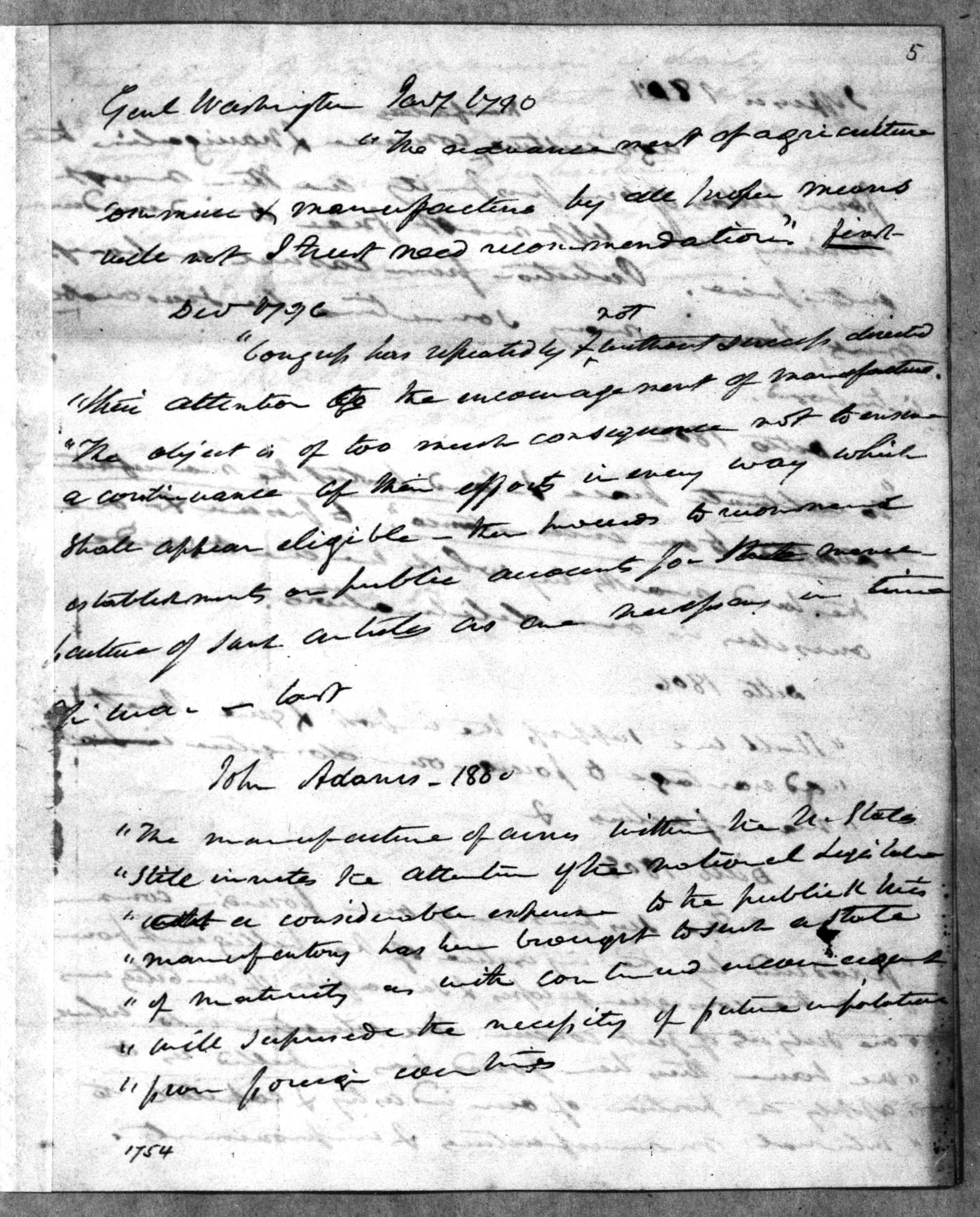 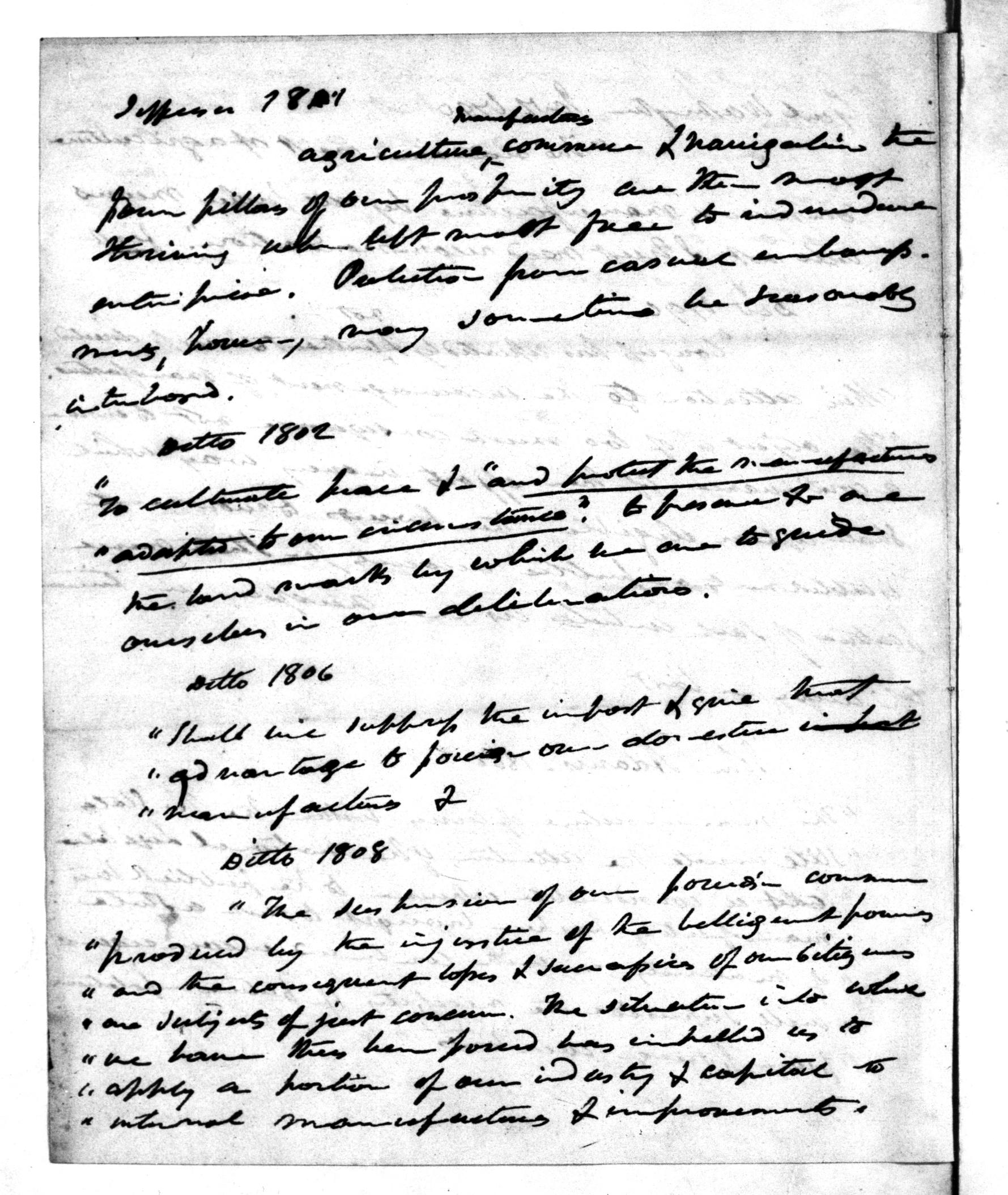 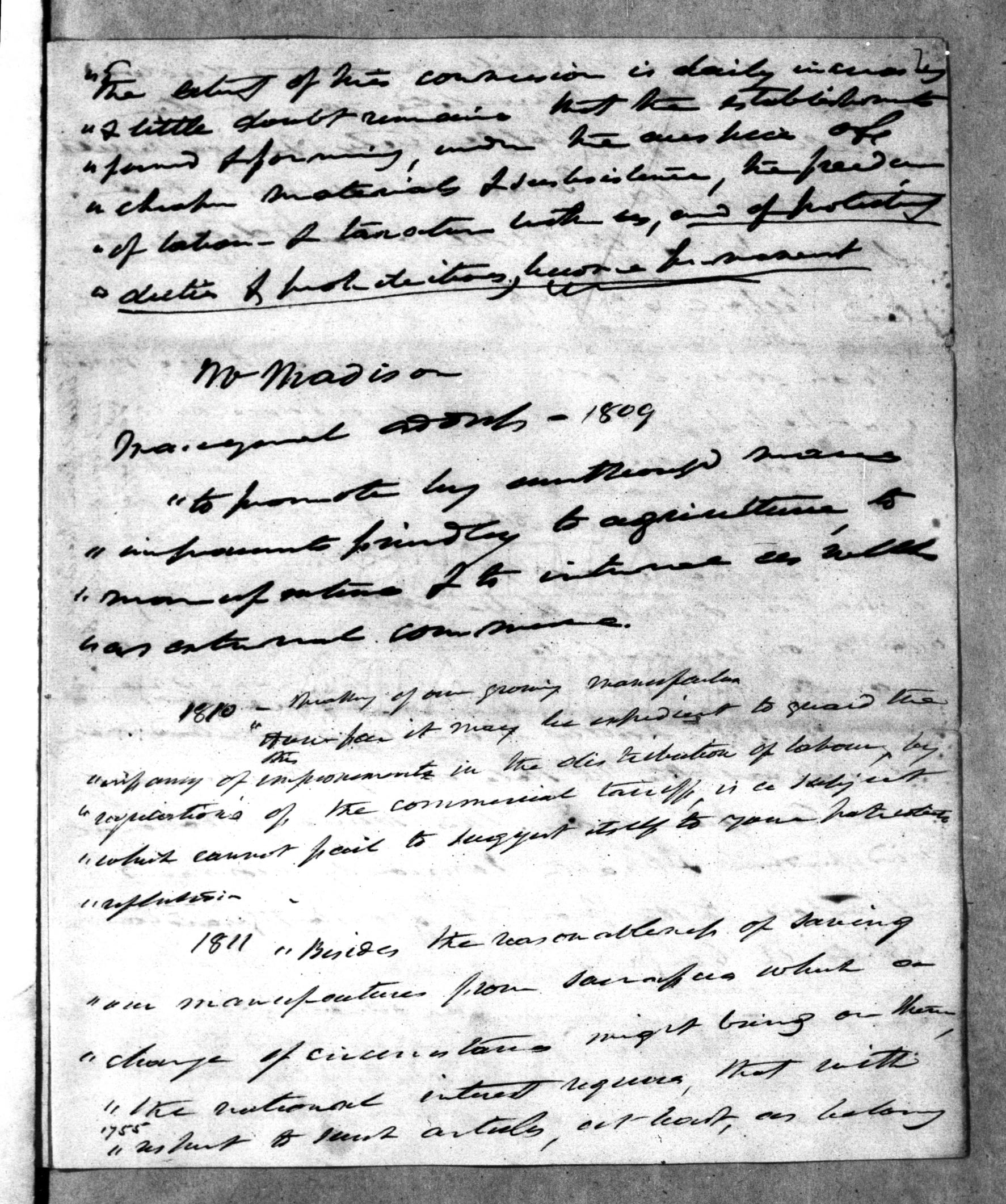 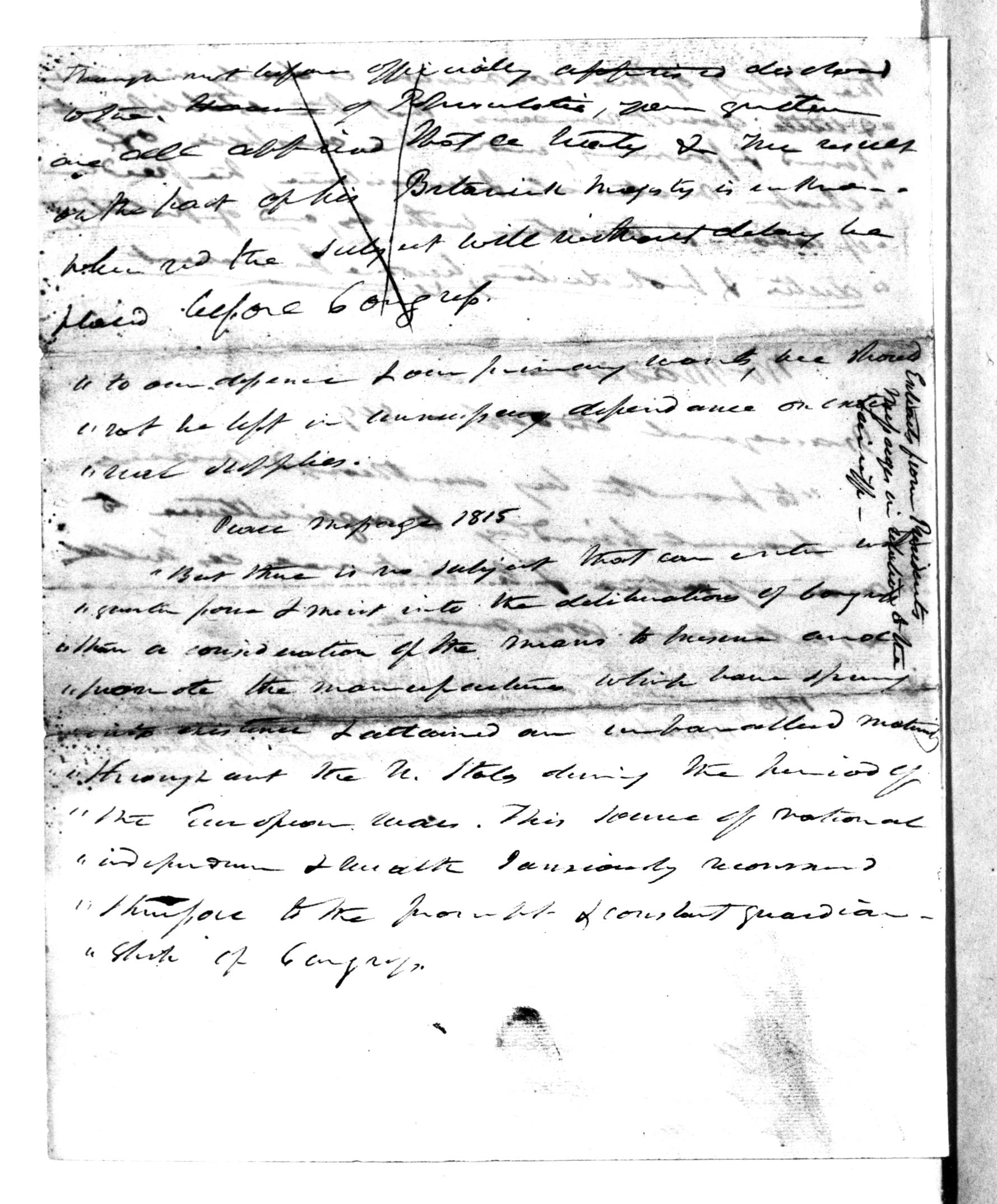