I must throw myself on your indulgence, and beg you to wait with me for a settlement of my dues to you until some period in August, when I shall be able to ascertain the value of the growing cotton crop, and gather what other convertible means may be within my control at that time. At that period I feel very confident that I shall be able to control for Dr Beckman say $6000.

It is useless for me to enter into any explanations of the troubles which I have had in many affairs. This I will not do until I bring the above sum, and shew you thereafter that my means will be effective and able to fulfil my contract & mortgage. Some time in August I will bring this sum with me, and have the promise of my wife that she will accompany me, making a flying trip by the lakes.

To make my farm effective in Mississippi I have had to be absent a great deal from home, and to <unlearn> all the follies of high life. The only regret felt at this is that it has made me unable to render the Genl such assistance as he requires in his correspondence. I have sought to impress upon him the propriety of his saying nothing for the public age,  but there are times when he does not feel at liberty to decline writing to those who call upon him for information or for opinions on the current topics of politics. In this manner I account for the present use made of his name in the Texas question.

On this latter subject my impression was that although as in the letter to Mr Brown he was favorable to the annexation of Texas, yet in another letter expressly disclaimed the idea that the object was to be attained by any extraordinary means.

It seems however, that further developments received from Houston, and thru other channels <illegible> the opinion that there was danger of the Territory falling into the hands of Great Britain, and Since the subject has assumed a higher degree of importance. Of these developments I knew nothing until my return from the South in the spring, and I was therefore as much surprised as a stranger would have been, when the letter in Mr Ritchies paper appeared, and when afterwards other references were made to his recent opinions in such papers as the madisonian.

A little caution at the right time I am satisfied would have kept his name disconnected with the question, or if not he at least would not have been used as authority for proceeding in the measure proposed by Mr Tyler. But the thing has had its way and the result is what we have witnessed at Baltimore. A result to which your own friends were obliged to assent; much as they despised the chicanery to which ^it^ is to be mainly attributed.

I will write you as soon as I can see Govr. Polk after getting home, who if I mistake not the man will place himself in such a position on the issues presented by your administration as will leave no room to question his fidelity and firmness.

In the mean time with a

able to carry me home 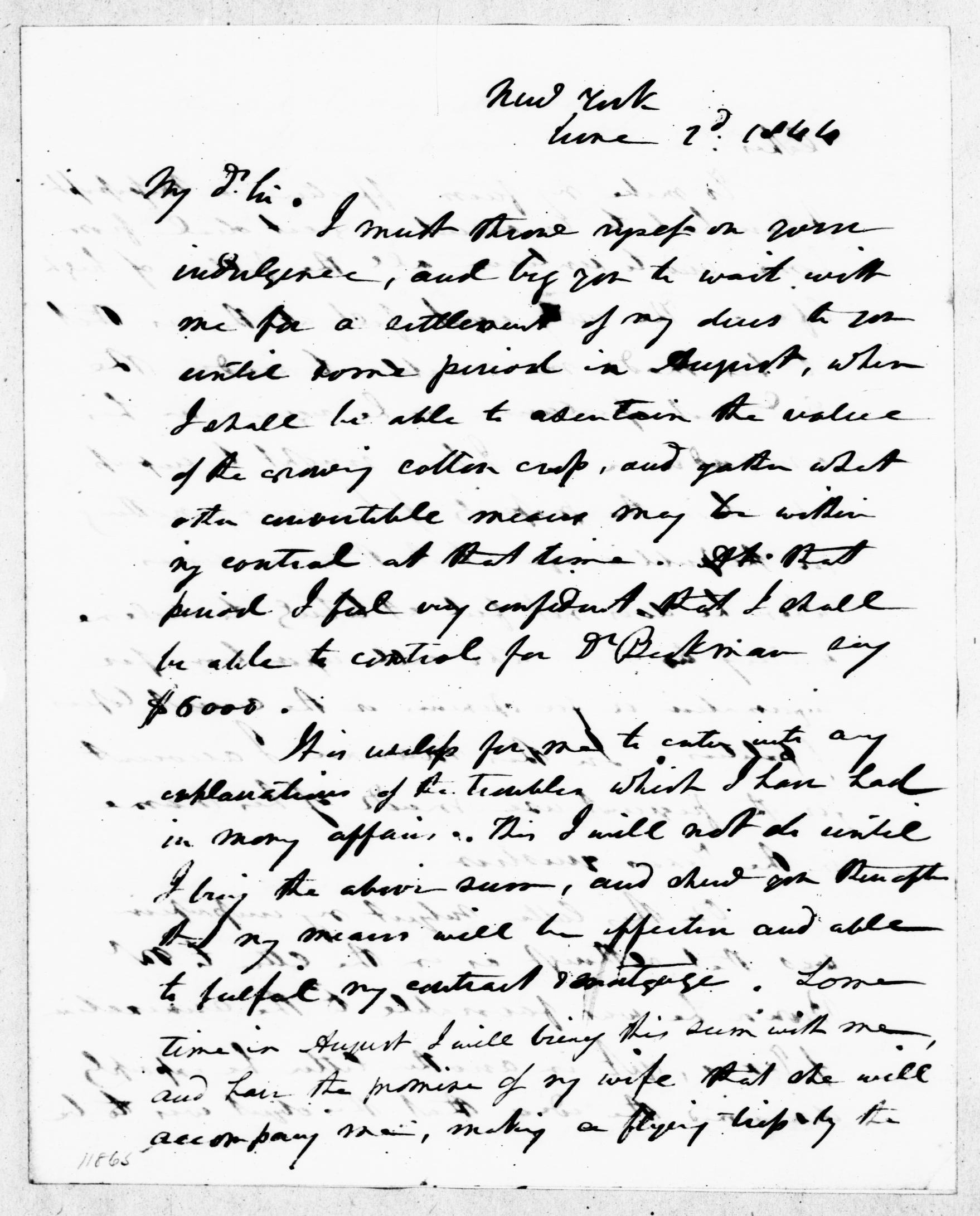 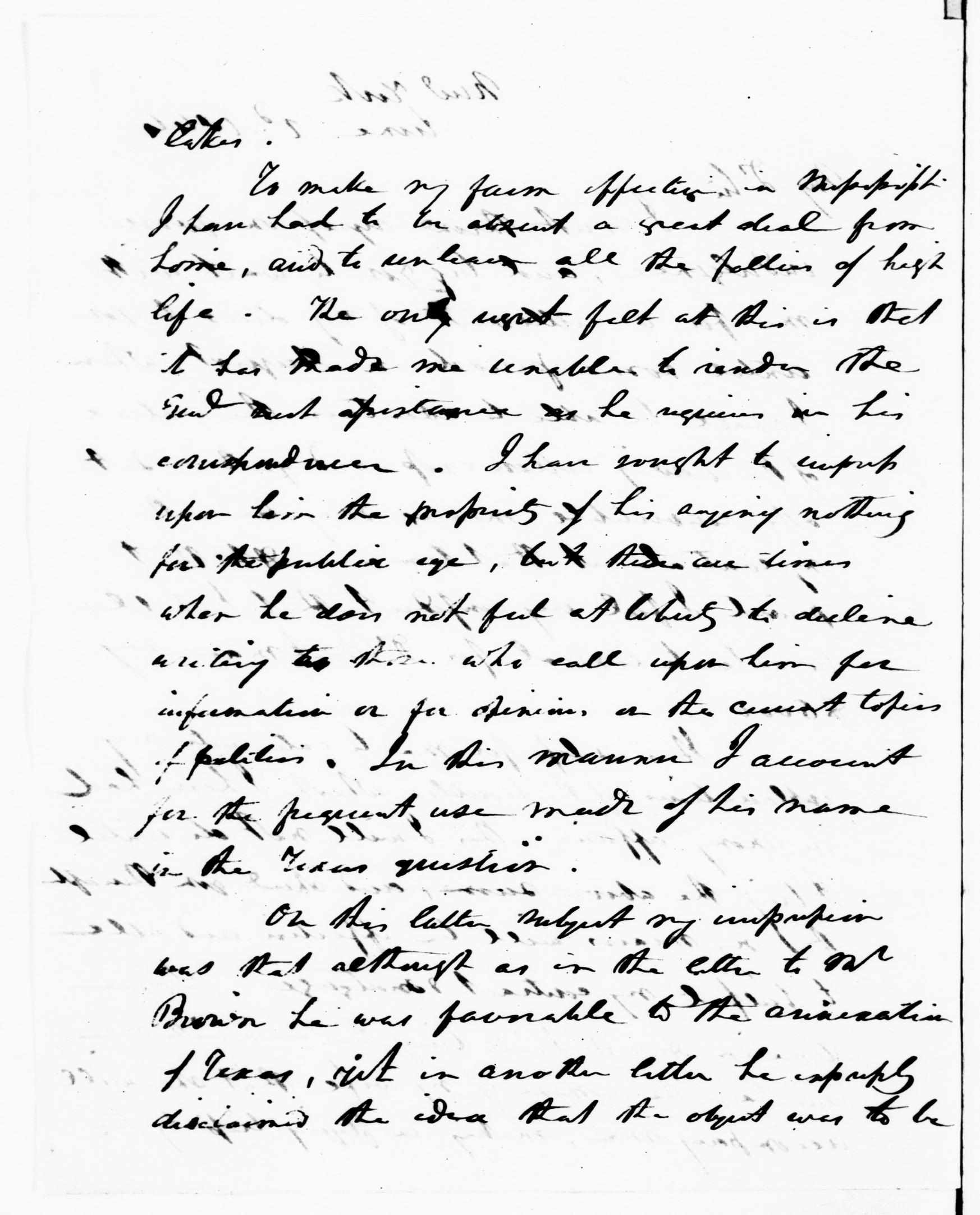 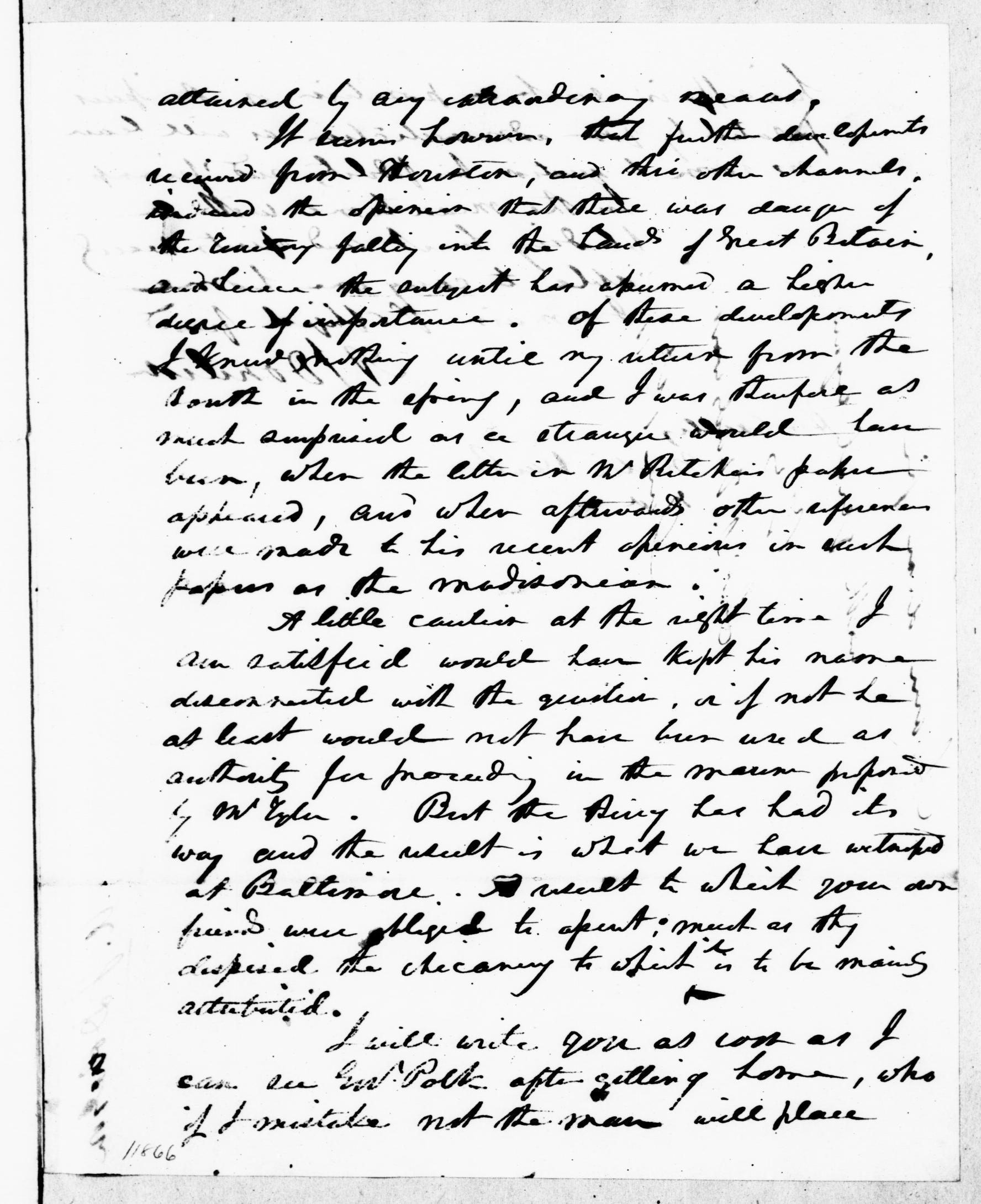 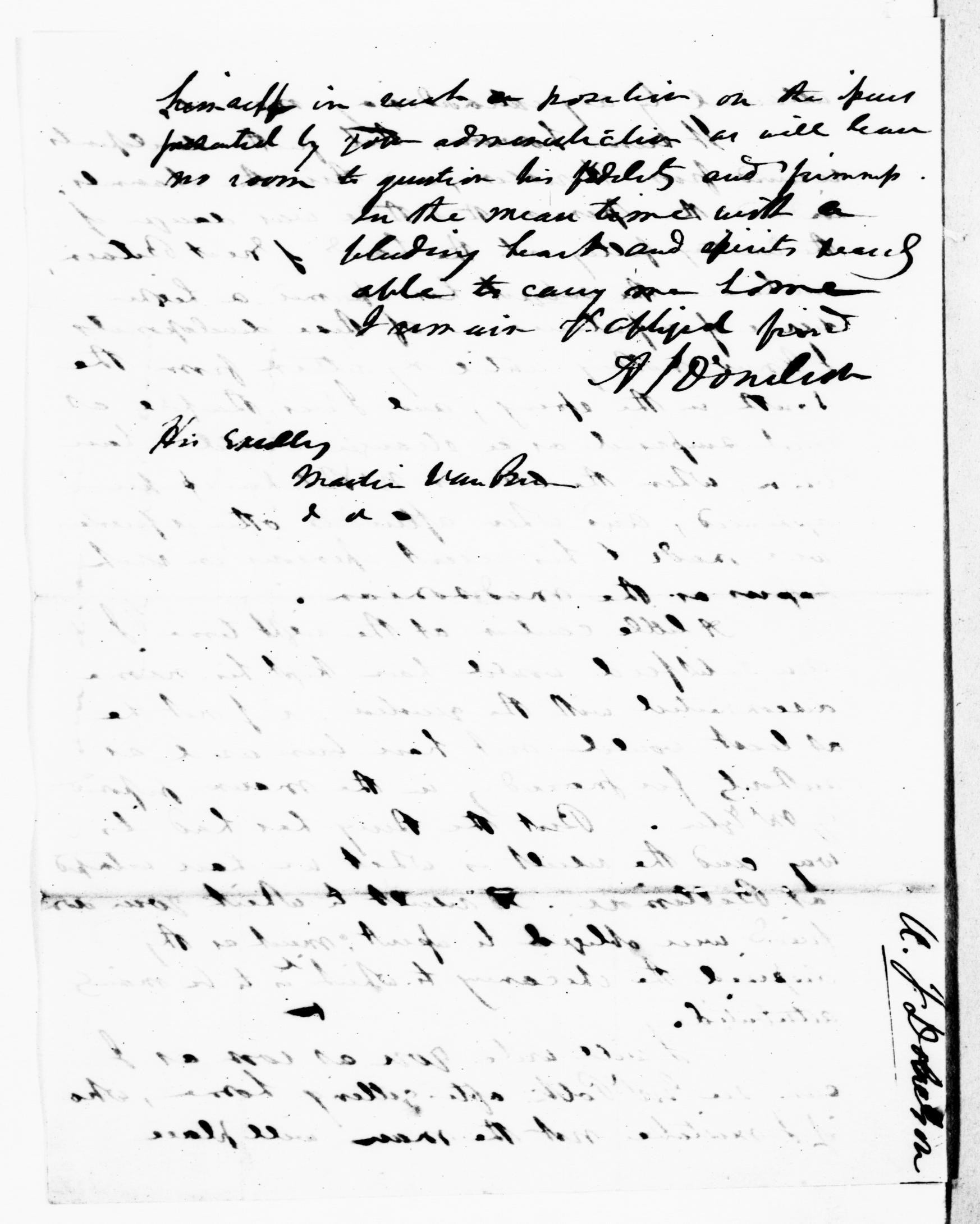