Whereas in all ages and in every clime even among the most uncivilized of mankind the love of Country and the love of Glory, the Spirit of patriotism and of heroism have never failed to excite admiration, to call forth applause and to be crowned by those gratefull rewards which are ever dear to the Grand the virtuous t& the wise.

And whereas the duty of cherishing Sentiments so intimately connected with the Welfare honour and prosperity of nations devolves in a peculiar manner upon the rulers of a people whose freedom and Independence are the bright rewards of the patriotism & the valour of their ancestors and can only be preserved by the [ex]ercise of the same inestimable and <exalted> virtues.

Mr. Paine from the com &c. Therefore Resolved unanimously as the sense of this Legislature that Major General andrew Jackson and the gallant officers & soldiers under his command for their noble defence of the City of New Orleans, that important military post and grand emporium of commerc[e,] [es]pecially in the ever memorable conflict of the 8th. of January last, an event so aptly to be compared with ^surpassing^ the most heroic and wonderfull achievements which adorn the annals of mankind, do eminently deserve the [un]animous appl applause and the lasting gratitude of their country.

Resolved unanimously that the thanks of this Legislature be & they are hereby presented to the said Major General Jackson and the officers and soldiers under his command for the heroic and glorious achievements aforesaid.

Resolved, unanimously that these resolutions be signed by the President of the Senate and Speaker of the house of Assembly that his excellency the governor be and he is hereby requested to transmit a copy of the sam[e] to Major Genl. Jackson, who [. . .] hereby requested to communicate to his brave associates in arms the gratefull sense which this legislature entertain of their signal services in such manner as he may deem consonant with the occasion

Drafted by MVB as a member of the New York legislature's joint committee. 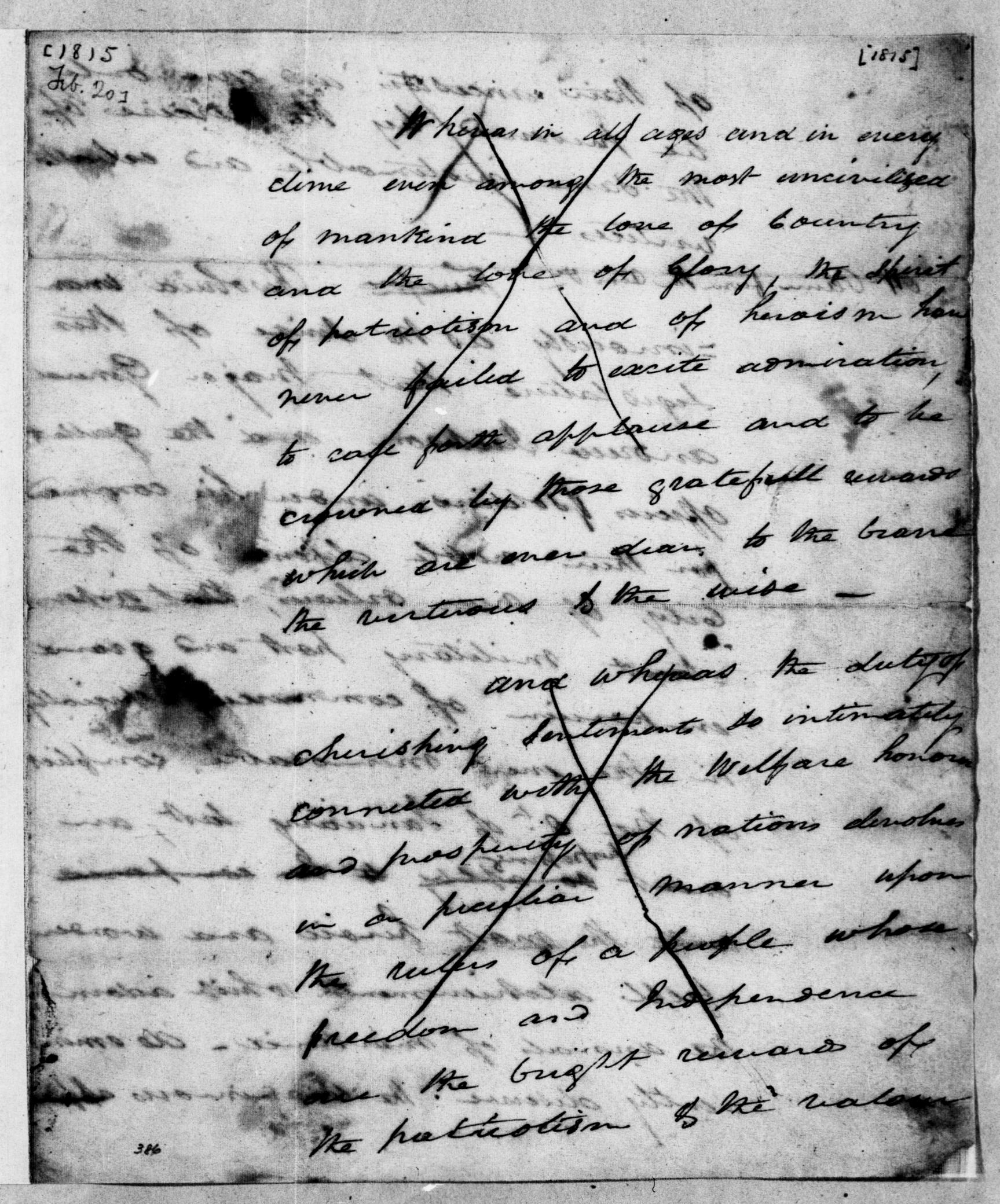 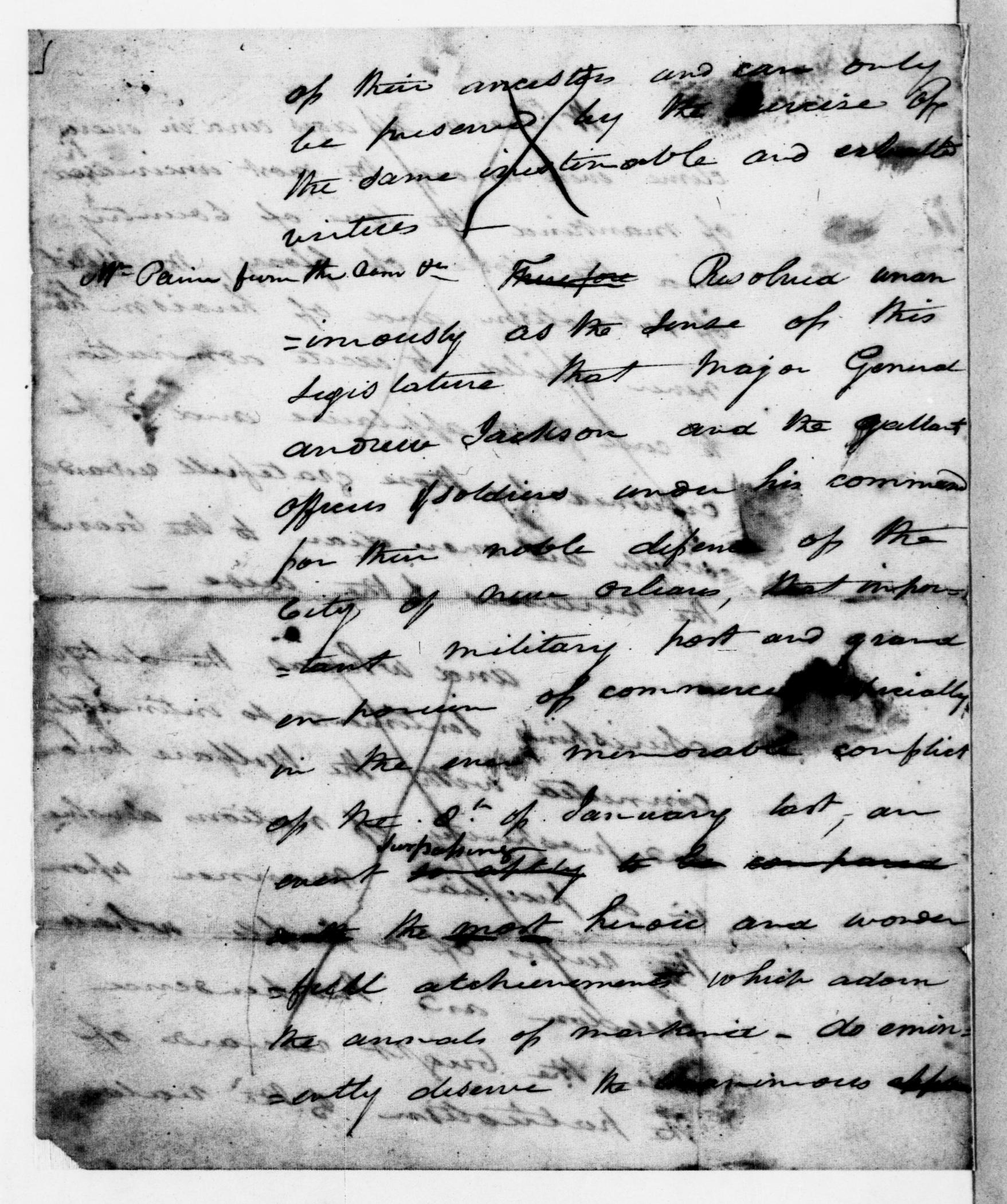 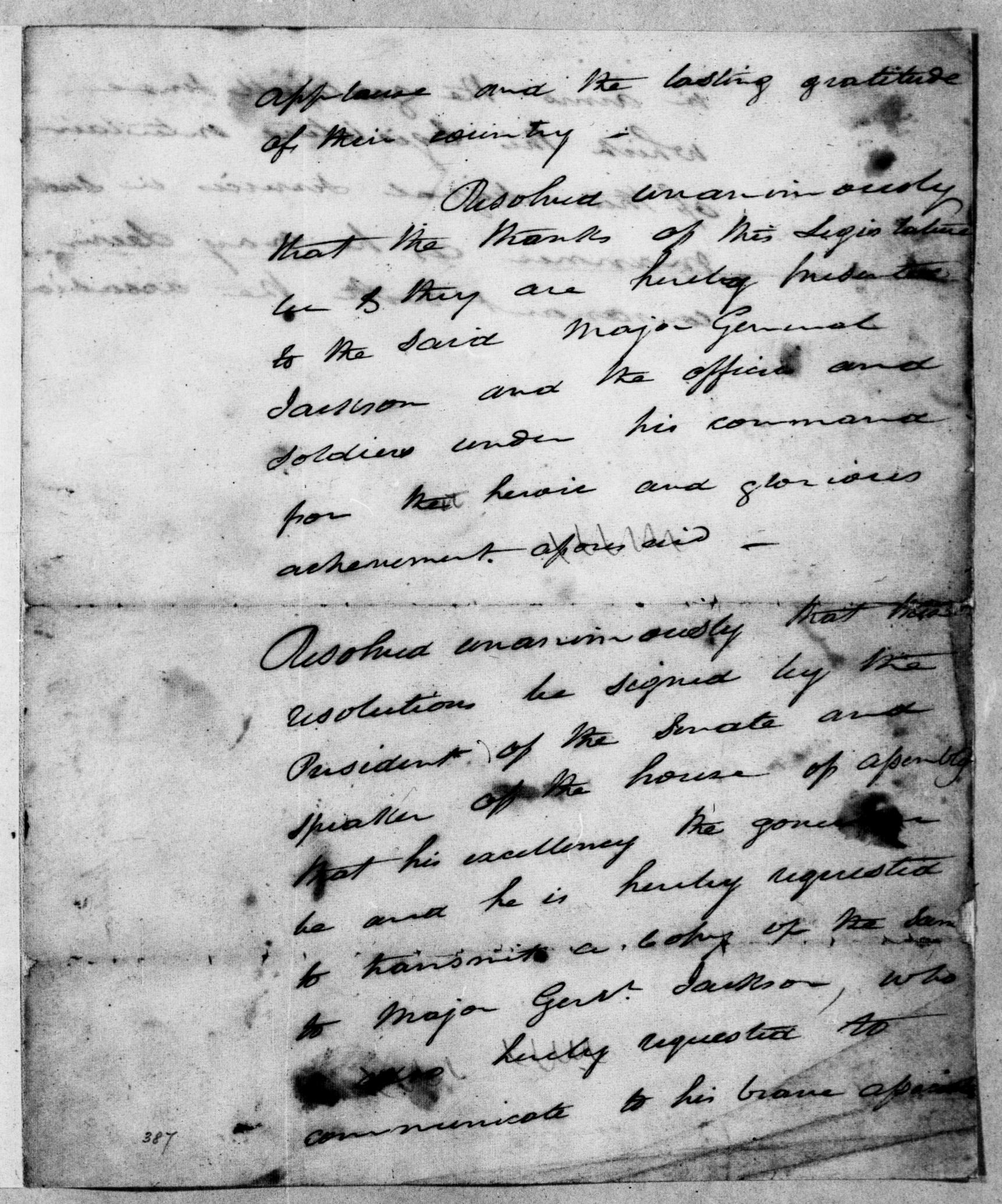 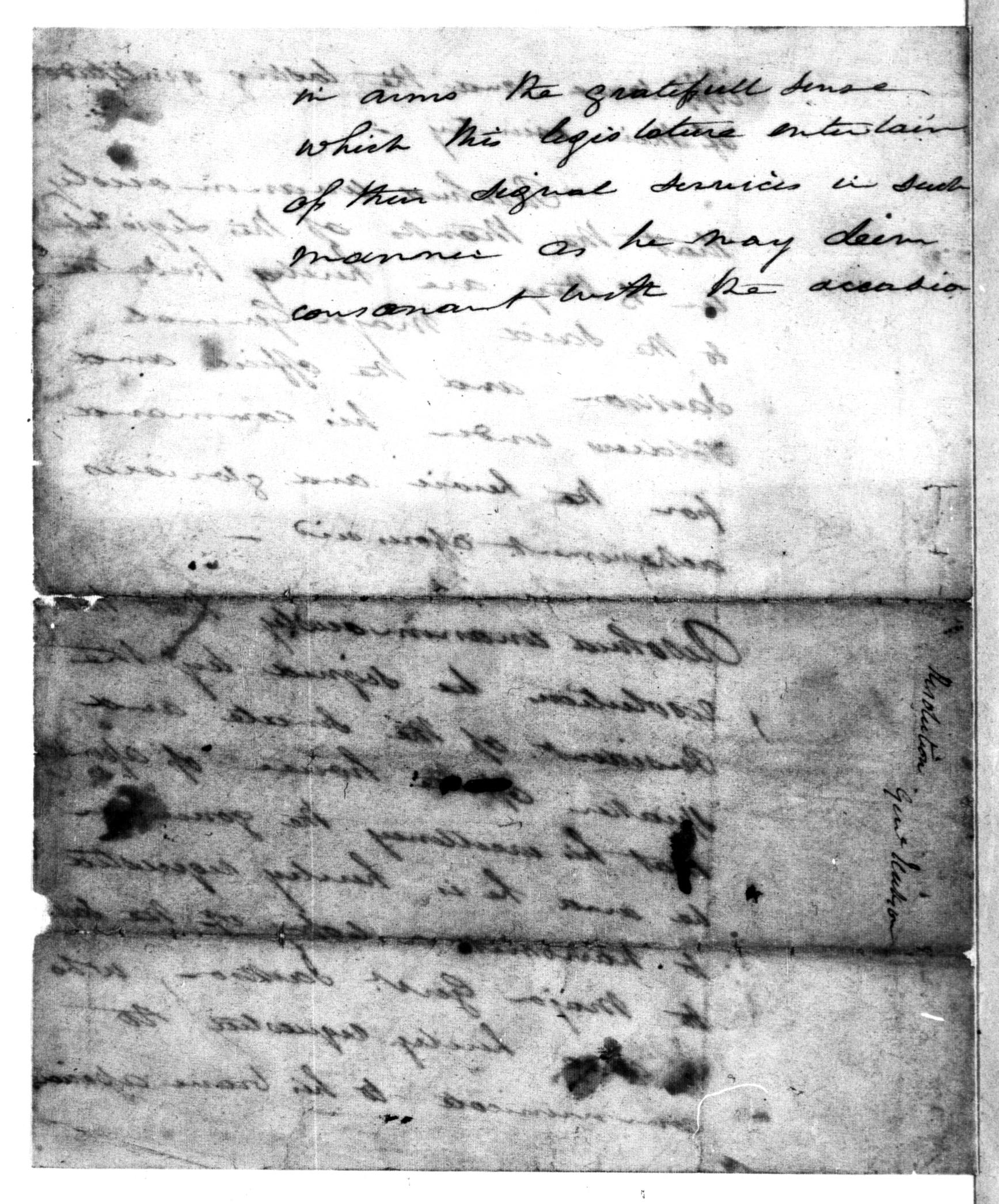