I have recd. your kind letter and return you many thanks for it. Have the goodness to deliver the enclosed to the Major when he returns. It gave me I assure you heartfelt satisfaction to learn by Major Donelsons letter red. yesterday that your health is so good.

The affair of the Vice Presidency has given our friends a great deal of uneasiness but will be dealt with as well as the state of case will admit of. From the number of friends whose names were brought forward, & one of them a member of my Cabinet a rigid neutrality on my part became alike an act of duty & justice. The determination to observe it was announced to all the Candidates in this quarter, & has been most rigidly executed. It was of course not possible to prevent occasional heartburnings & jealousies but all are, I believe, now satisfied that they were without cause. It would under these circumstances be out of the question for ^me^ under any emergency that can be conceived to attempt to give a particular direction of any description to the question. Mr Blair has promised me to give you a just account of the present state of the matter, with his opinion as to the course that will probably be pursued. The exertions made by Gov Polk in the great struggle in Tennessee, added to his previous strong claims upon the confidence & affection of the Democracy of the nation, was are so highly appreciated, that I for a season supposed that he would in the sequel be most likely to carry the question in the Convention. Mr Blair will inform you how the matter now most probably stands. Two considerations have given a weight to the Col (Js) pretensions above all others, viz, First, his being a military man, connected with the Battle of the Thames, for which credit is claimed for Genl Harrison, & a supposed importance of being able to confront Genl ^Hs^ pretensions by Col J.s superior merits, & 2dly more even than that, the kind & generous feelings of the Democracy which could not brook the idea of running me & leaving the Col off. This feeling has I am persuaded had a controuling influence in much of the States. The greatest efforts were made in Penn. to leave him off, & without any thing being done for him his majority ^in the State convention^ was large. In the City of Nyork the same result appeared. The state has kept itself aloof & will I am inclined to think be disposed to do so until after the election ^(of electors)^ but this is on my part chiefly conjecture. Were it not for these considerations the impulse given to Col. Polks popularity by his noble efforts to regenerate Tenn. (for the democracy now forgets the working man) would ^otherwise^ have produced a majority, I think in the Convention for him. The Col. has played his part remarkably ^well^ also by exercising great liberality in his professions <illegible> <illegible>, saying that he would not stand in the way of his friends &c &c There is however I am happy to say the very best feelings among our friends in all quarters & if no nomination is made at Baltimore they count with safety certainty on being able to carry two of their men to the Senate. Our friends are have obtained a signal triumph in the City of Nyork—believe by +1800 for Mayor (last year ^1060^) and 12 out of the 17 Wards. The Whigs never made a greater effort & ^the^ votes polled exceed those of last year by 3000 being in all about 43000. Never in the history of nations was there such an indomitable spirit of patriotism ^<aroused>^ as was done by the working men of that City. I wish I could write more but have not the time. Remember me affectionately to all your Household & to the Gov and Mrs Polk & my friend the Judge and Mrs Catron

be very truly yours 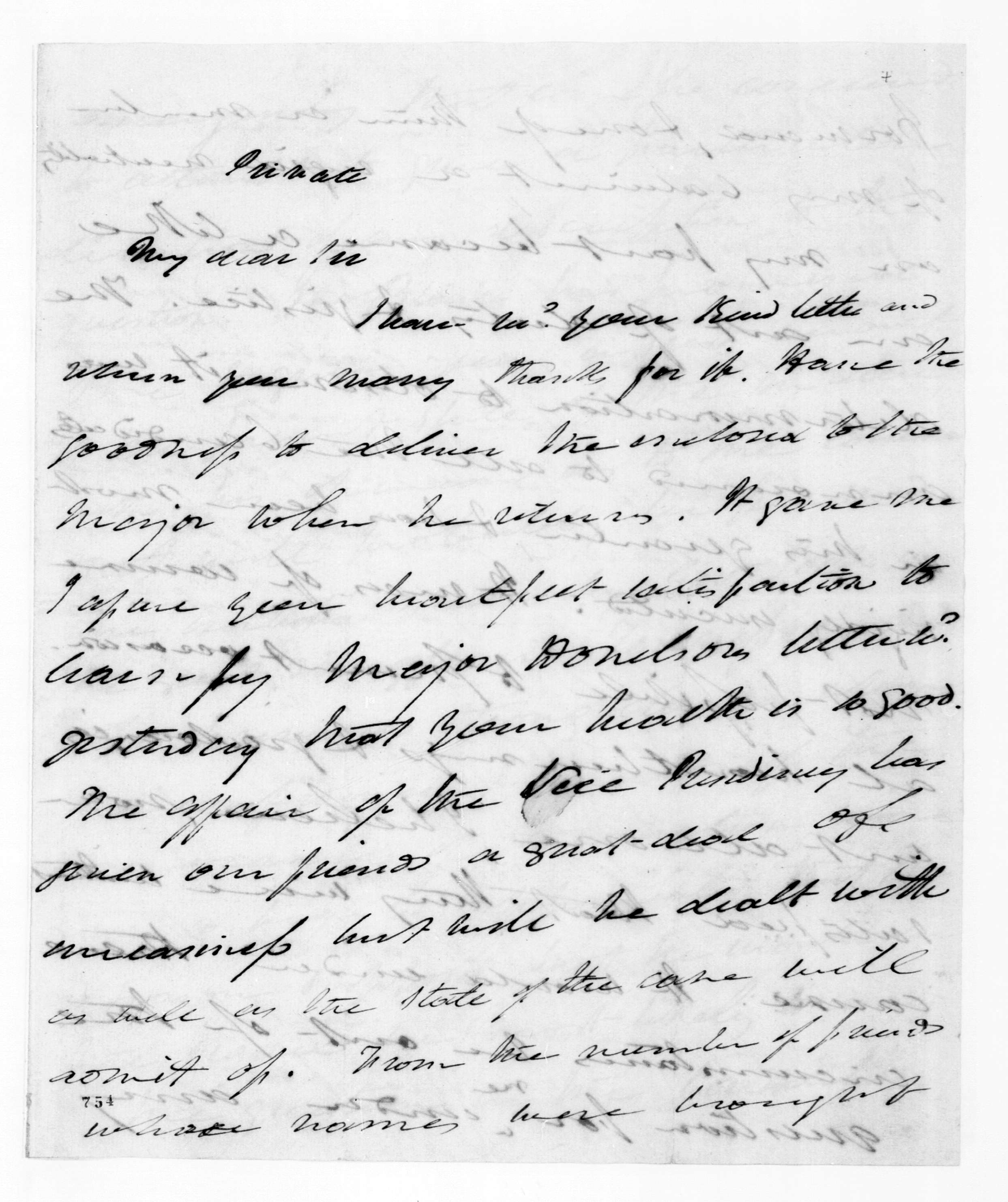 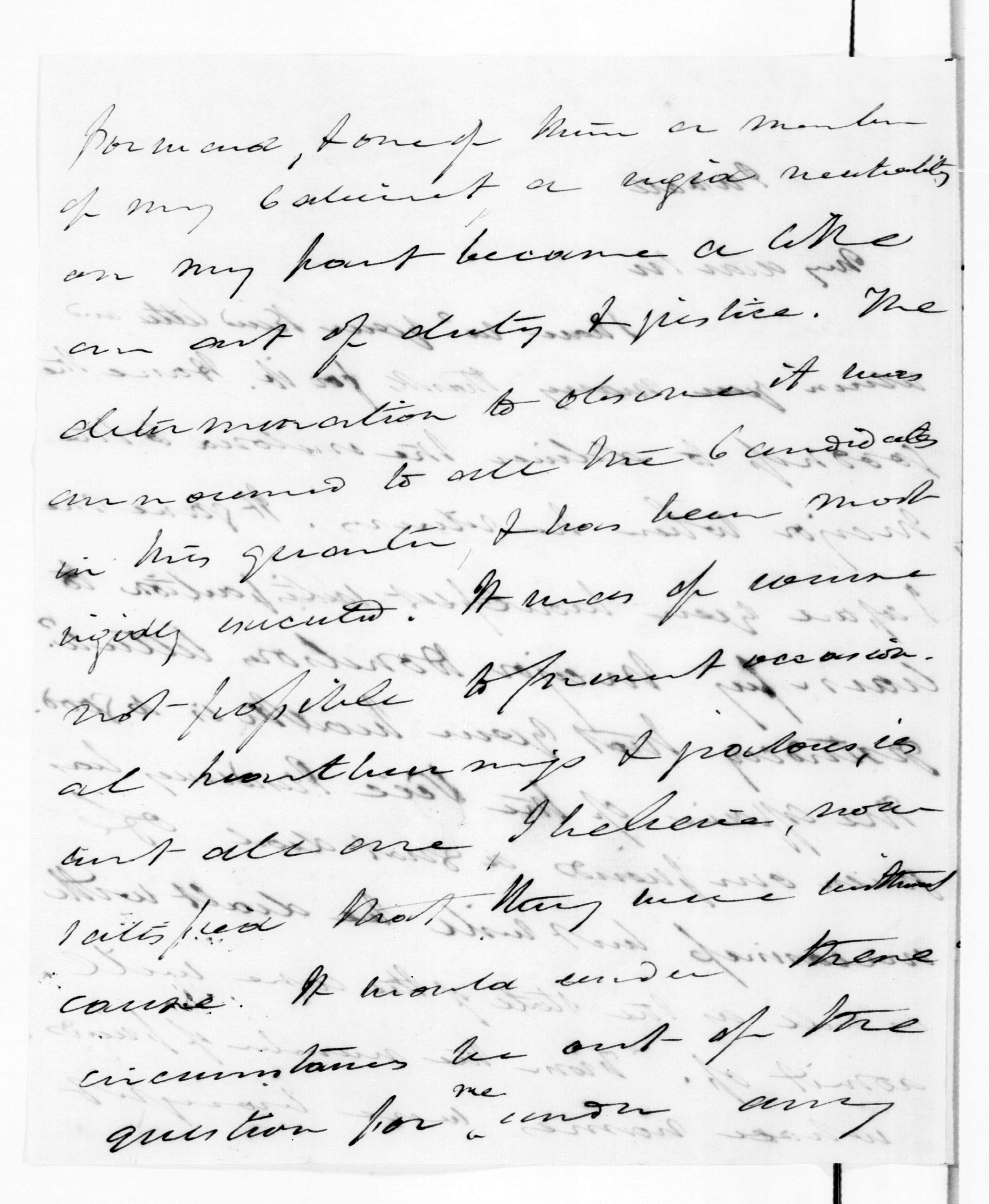 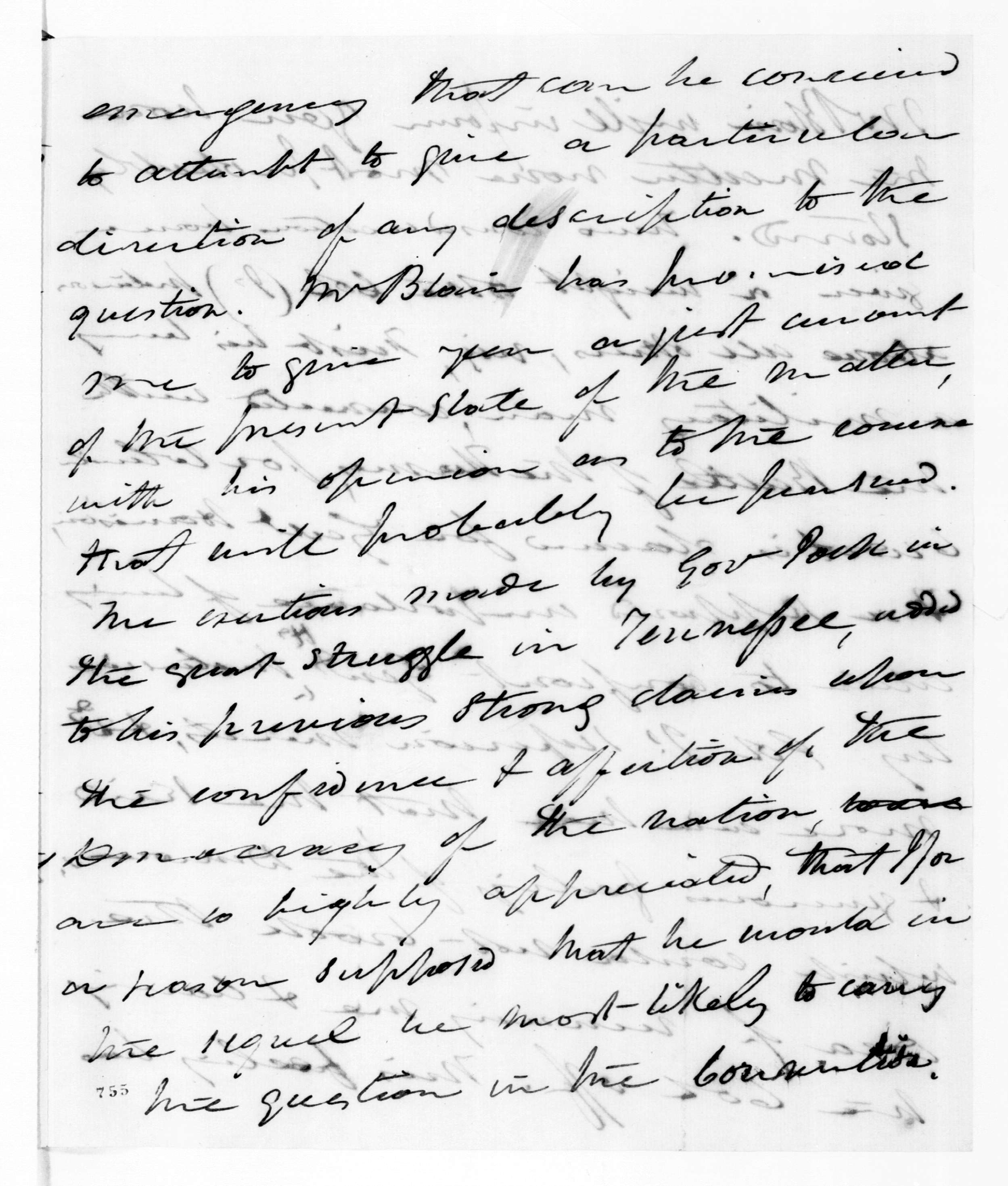 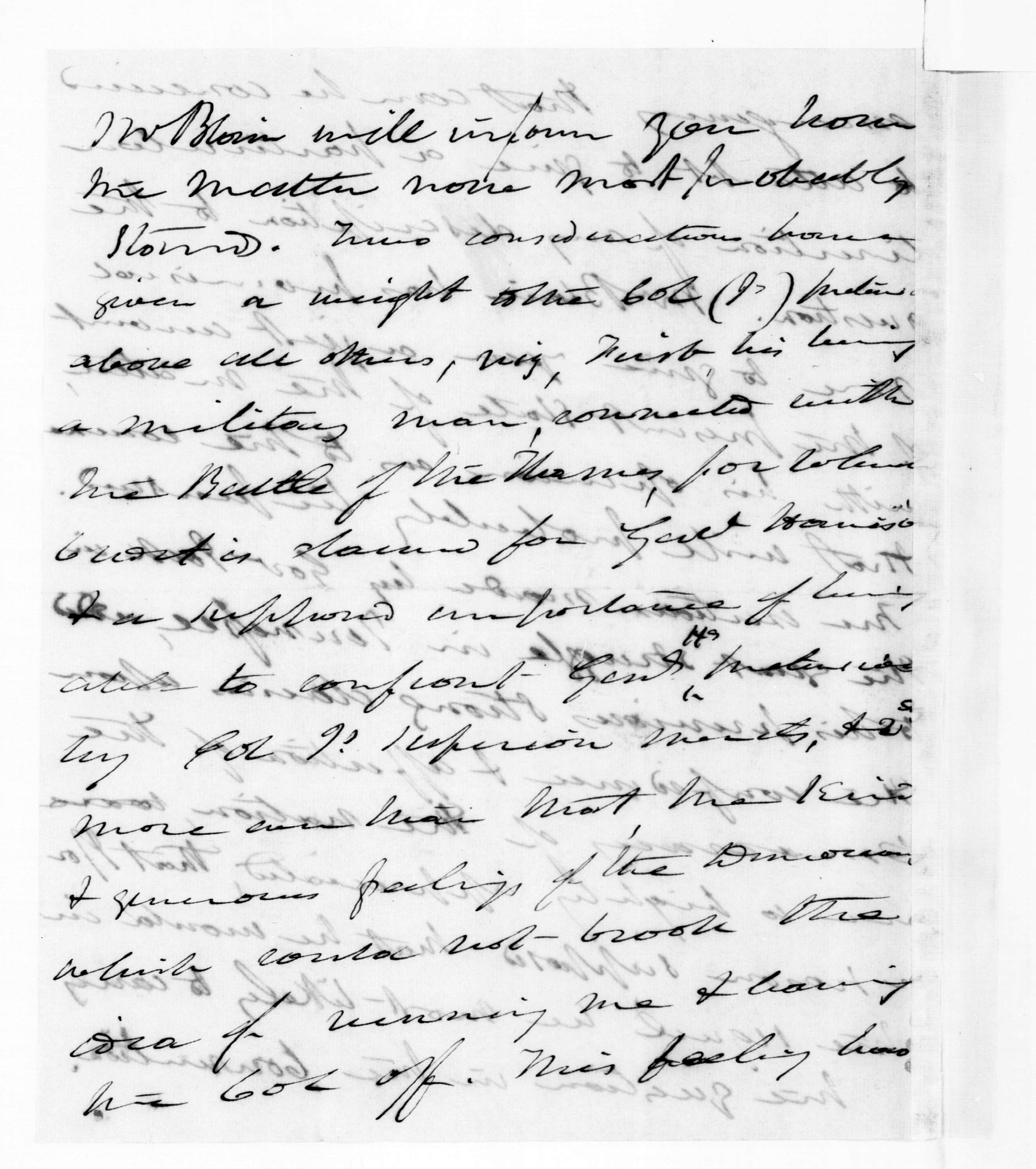 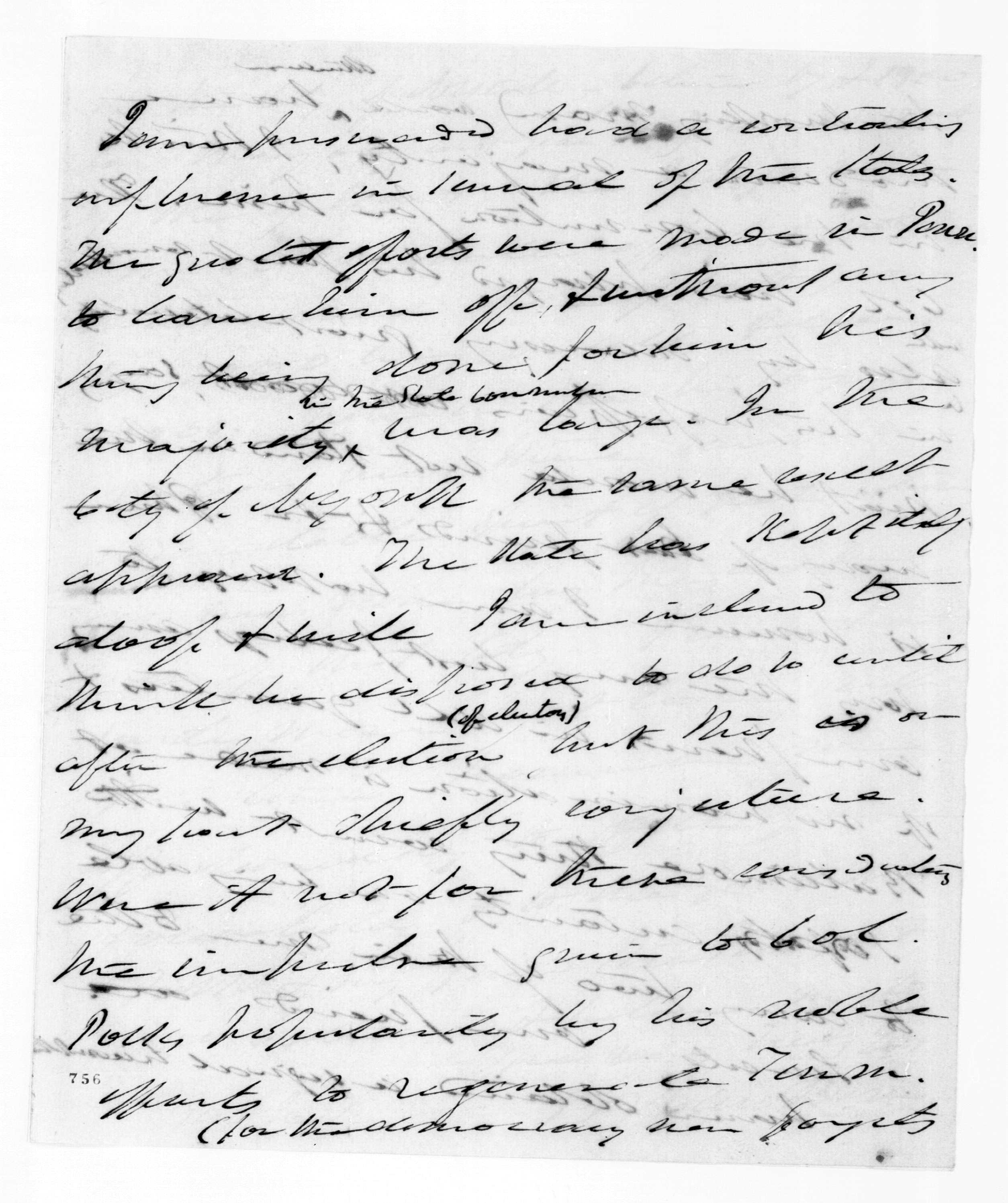 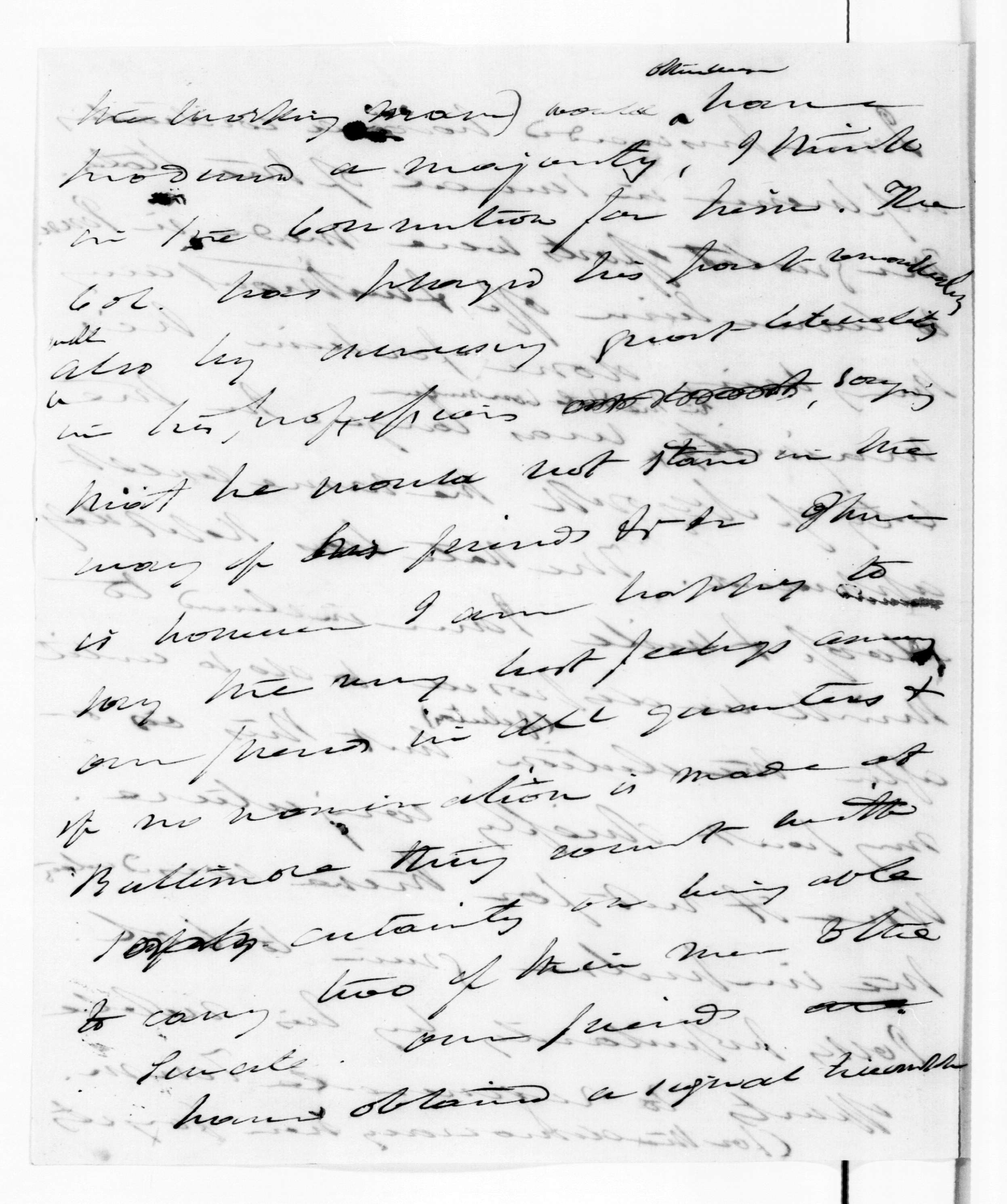 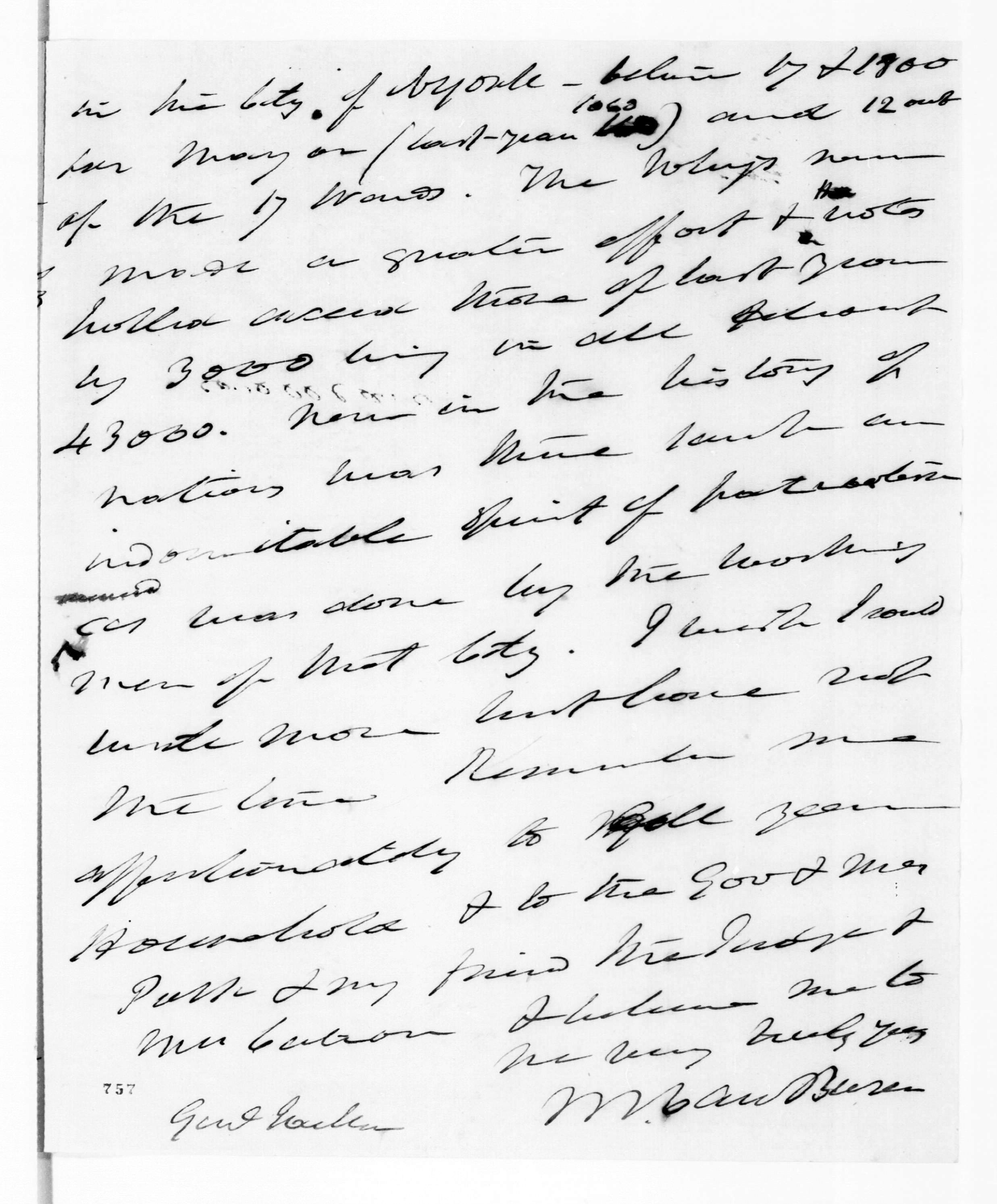 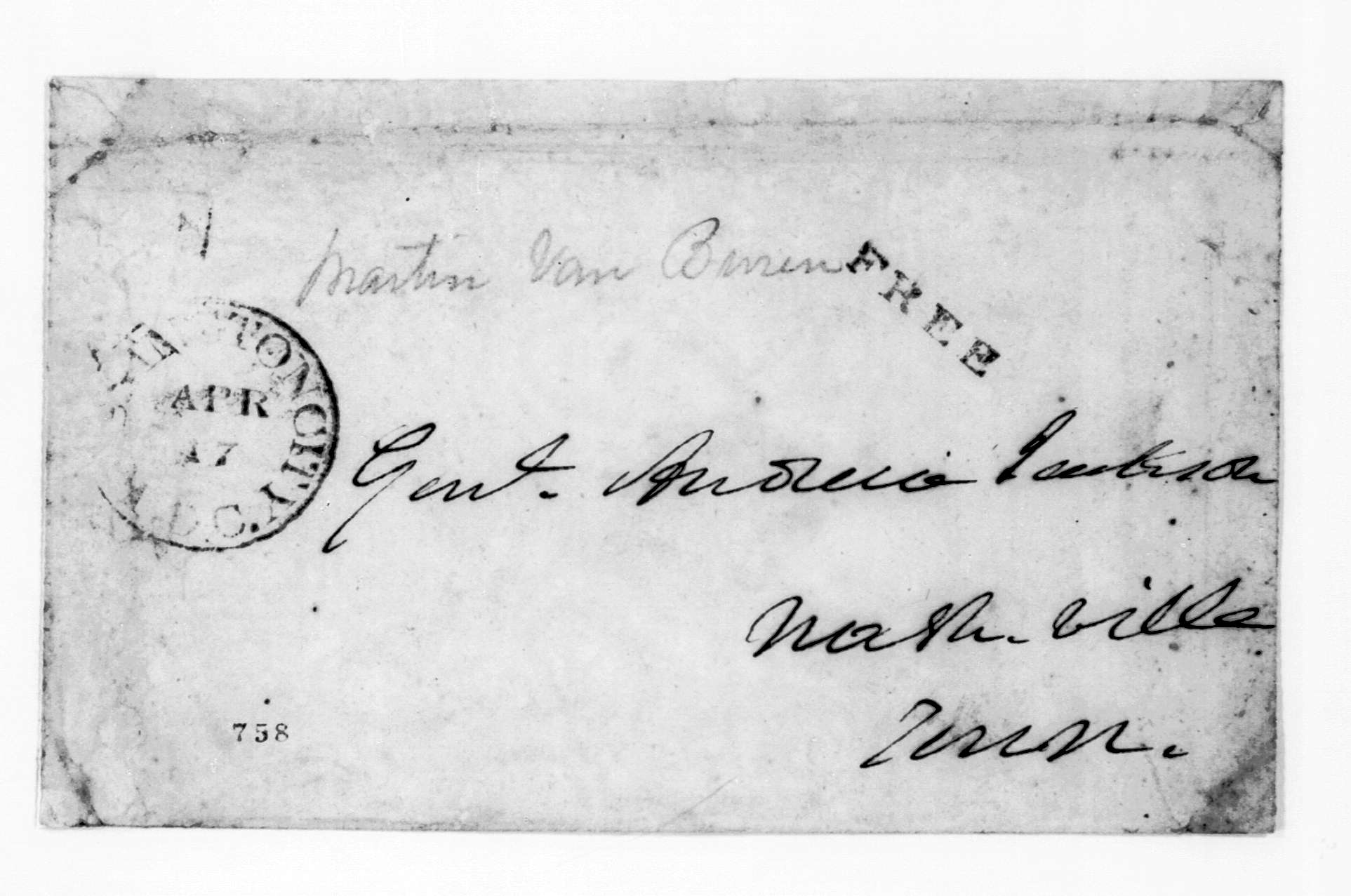 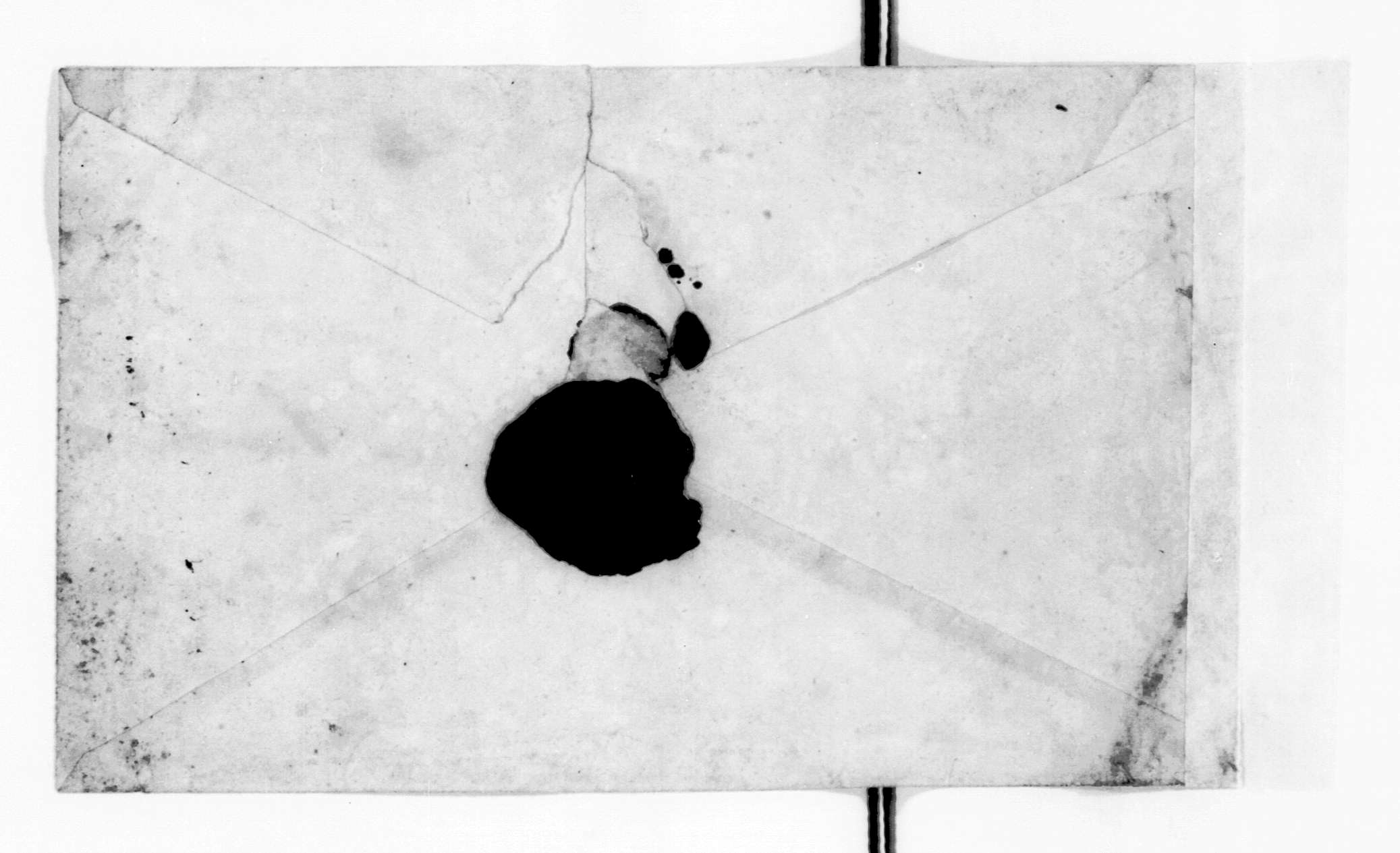