I recd. this letter on the evening of the 26th. Feby at Lindenwald. Deeming it indispensable to consult Mr Wright before I replied I sent my son Martin to Albany the same night to give Mr Wright time to <try> reflect & give me his opinion. The next day ^28th^ I wrote by mail to Mr Polk that I had prepared a communication in reply, which my son Smith would convey to him to guard agt. accident. That he would leave the next day (March 1st.) & proceed as fast as the conveyances could carry him & that my reply would be in his hands in sufficient <illegible> <fo> Smith started the next day with my letter No. 4, arrived there express, on Sunday March 3d. when he was informed as is fully stated in his letter that he came too late, Mr Polk having on the Saturday preceding offered the War Department to Gov Marcy. A friend called upon for advice could hardly proceed with more dispatch than I did & if there were ^the^ faults any where they consisted 1st. in Mr Polks allowing himself to be <driven> from giving the Treasury Department to Nyork & 2nd. in postponing the communication of that ^change of^ opinion to so late a period as to render it to the last degree improbable (the letter having to reach me by the land mail in <record> going) that he could get a reply on reason. But even this chance was effectually cut off by the state of his own letter on the 25th Feby. He had no certainty that Mr Butler would accept the State department but he Knew as well as he could know any such thing that he would not take the War Department, unless he was prevailed upon to do so by me, to avoid an objection able appointment, and in these circumstances he wrote the letter to me of the 22d. Feby which was to reach me from Nyork by land mail. On the 25th Feby he writes to Mr Butler directly offering him the appointment of Secy of War <this> ^which^ was probably recd by him on the 26th. the same day I red. mine at Kinderhook, & was ansd. in the negative on the 27th. the earliest moment that I could reach albany to consult Mr Wright. Mr Polk knew ^(by Mr Bs letter)^ before he wrote Gov Marcy that Mr. Butler would take the Treasury. He could make two changes of ^settled^ opinions in regard to the plan 1st. in giving up Mr Flagg or rather Nyork & taking Mr Bancroft 2nd. in again laying aside Mr Bancroft & taking Mr Walker to each at the agt the wishes of Nyork but he could not once change his ground, to satisfy his just imputations. ^By his letter to me of the 1st. of March it appears <that>^ He inf Shewed Smith my letter from Albany of the 27th. the 2d or 3d. of March just then recd. From some delay would <without> <a> doubt have been affected by those who were lobbying agt. Nyork with the letter sent by Smith if it had been entrusted to the mail. Their point was to get our <answer> for the appointment of Marcy & they were too well versed in such matters not to accomplish it.

Mr Polk wrote to me at Kinderhook on the same day, he wrote to Mr Butler at Nyork asking me to <illegible> to accept. A letter which I could not <illegible> in season for that object & which I did not actually rece. at Albany until ^after^ the whole matter was disposed of.

[Written at the top of the 1st page above Memorandum]: Knew that Mr Butler would take the Treasury before he changed Mr Bancroft from the Treasury to the navy! 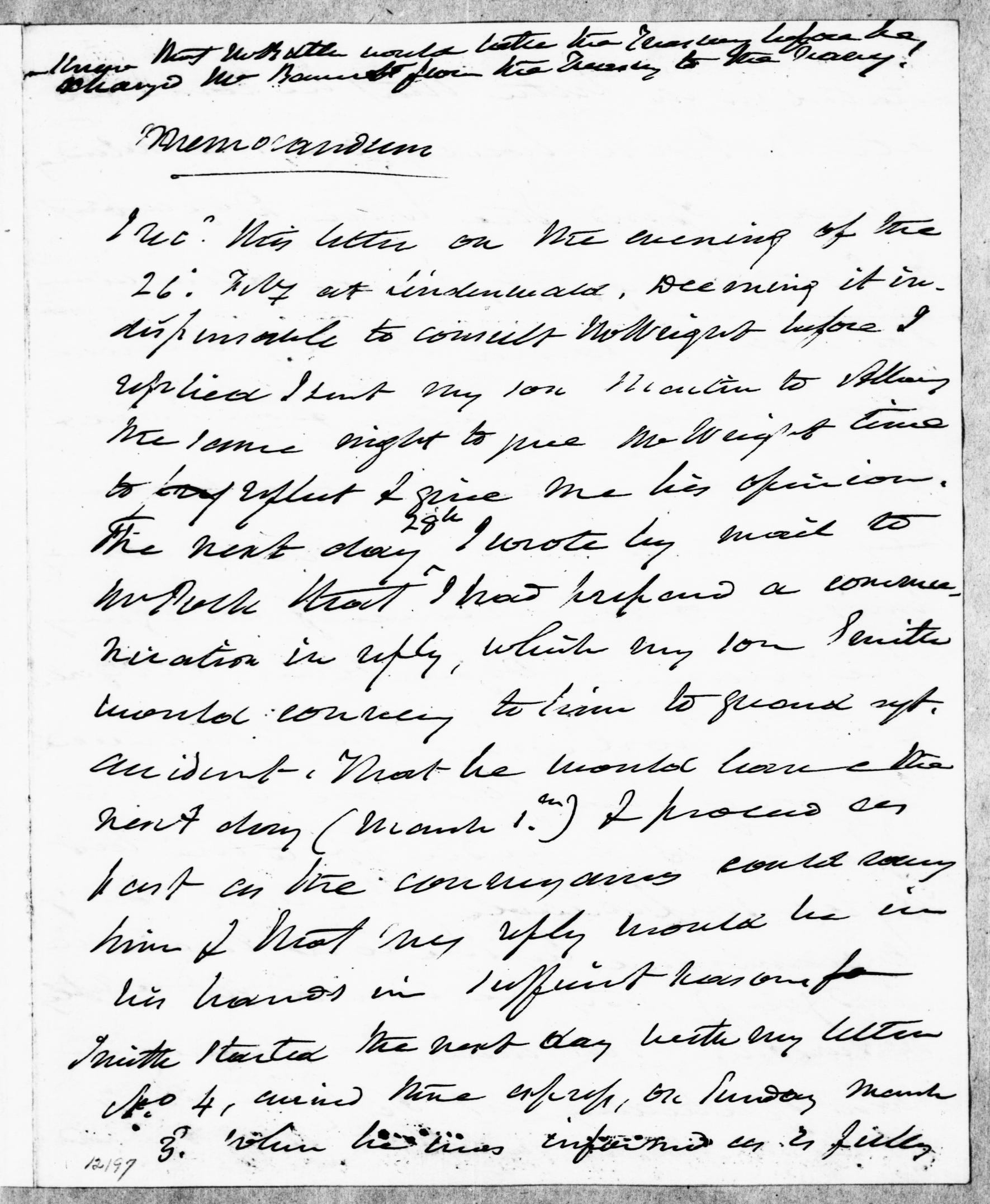 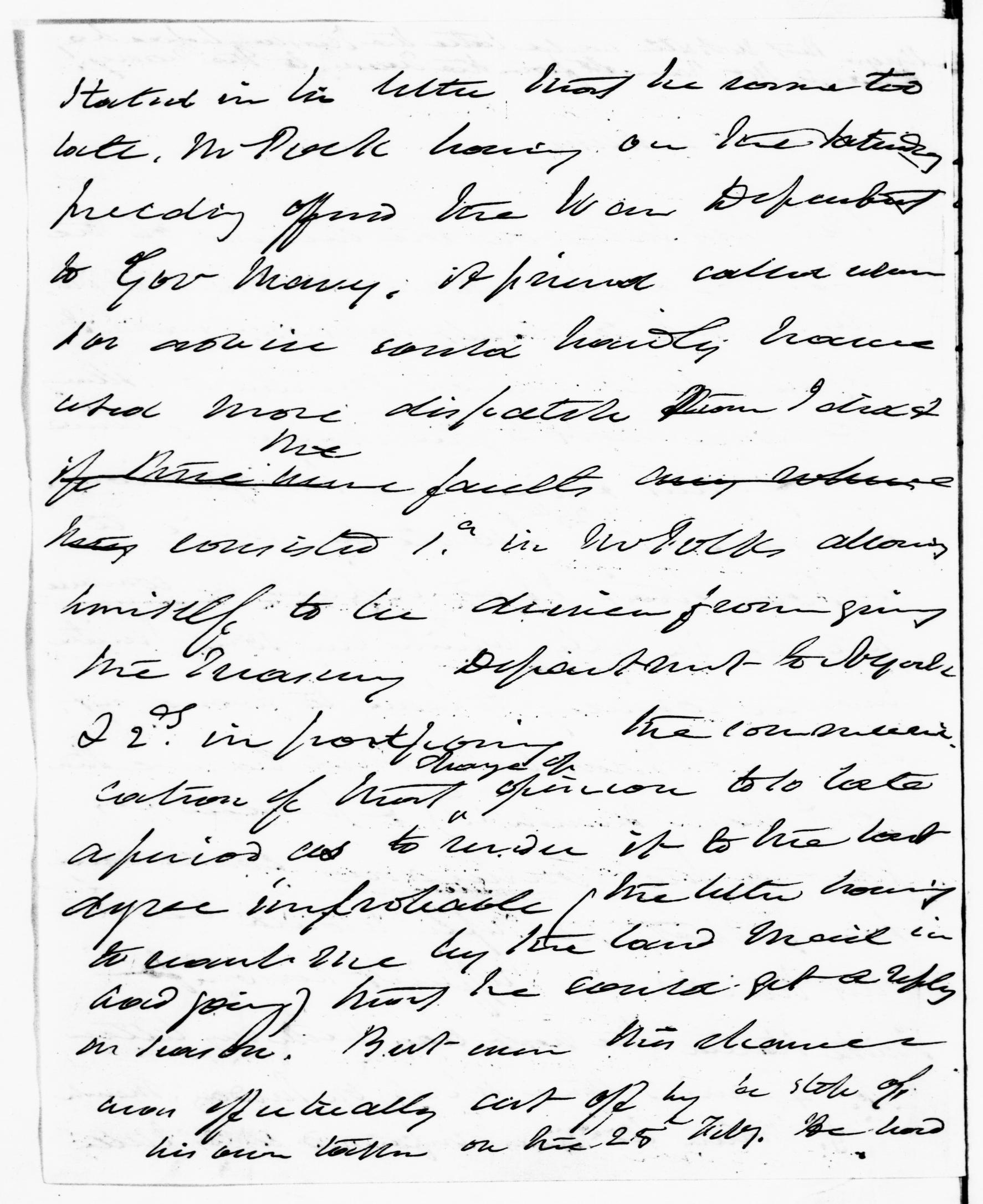 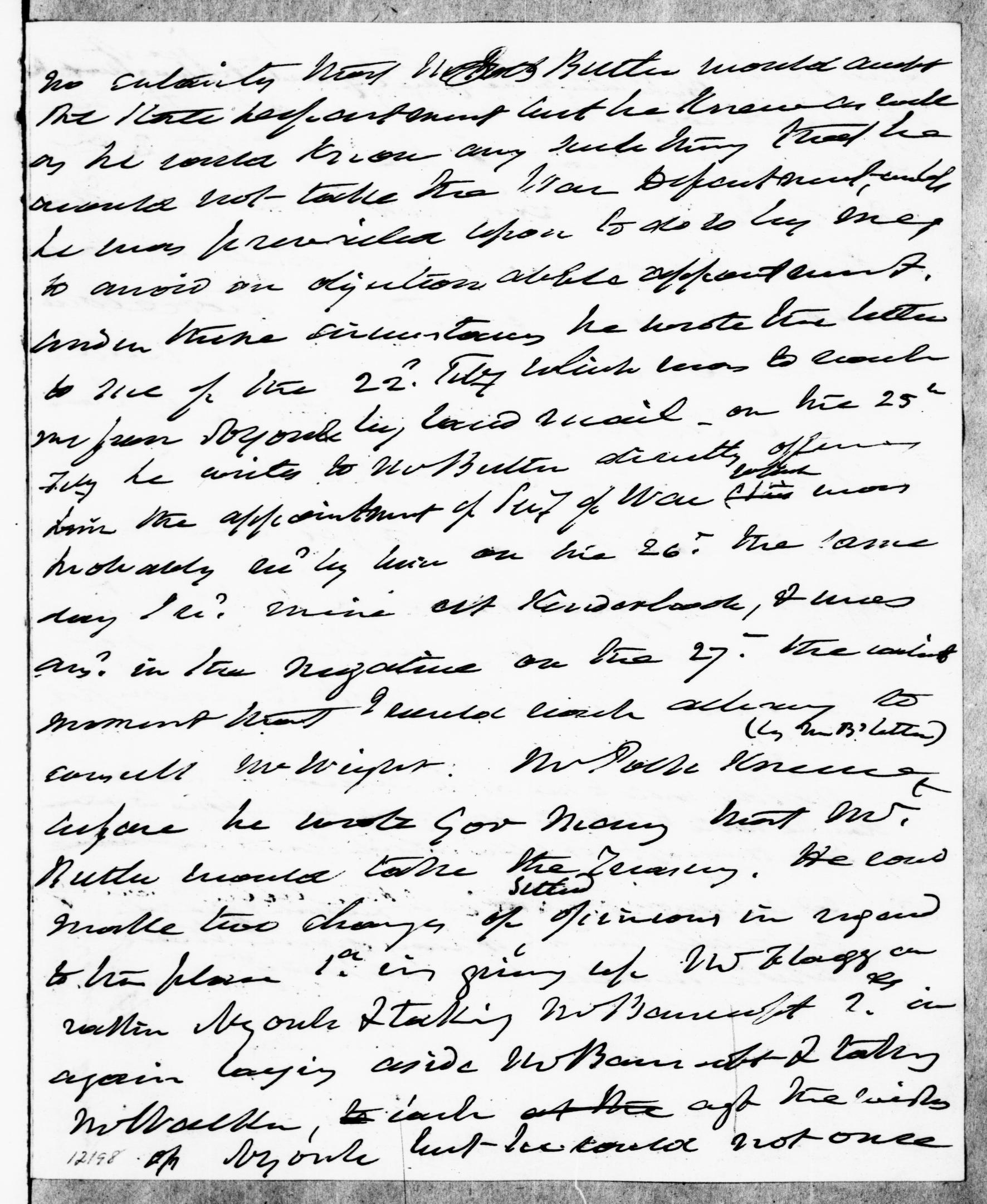 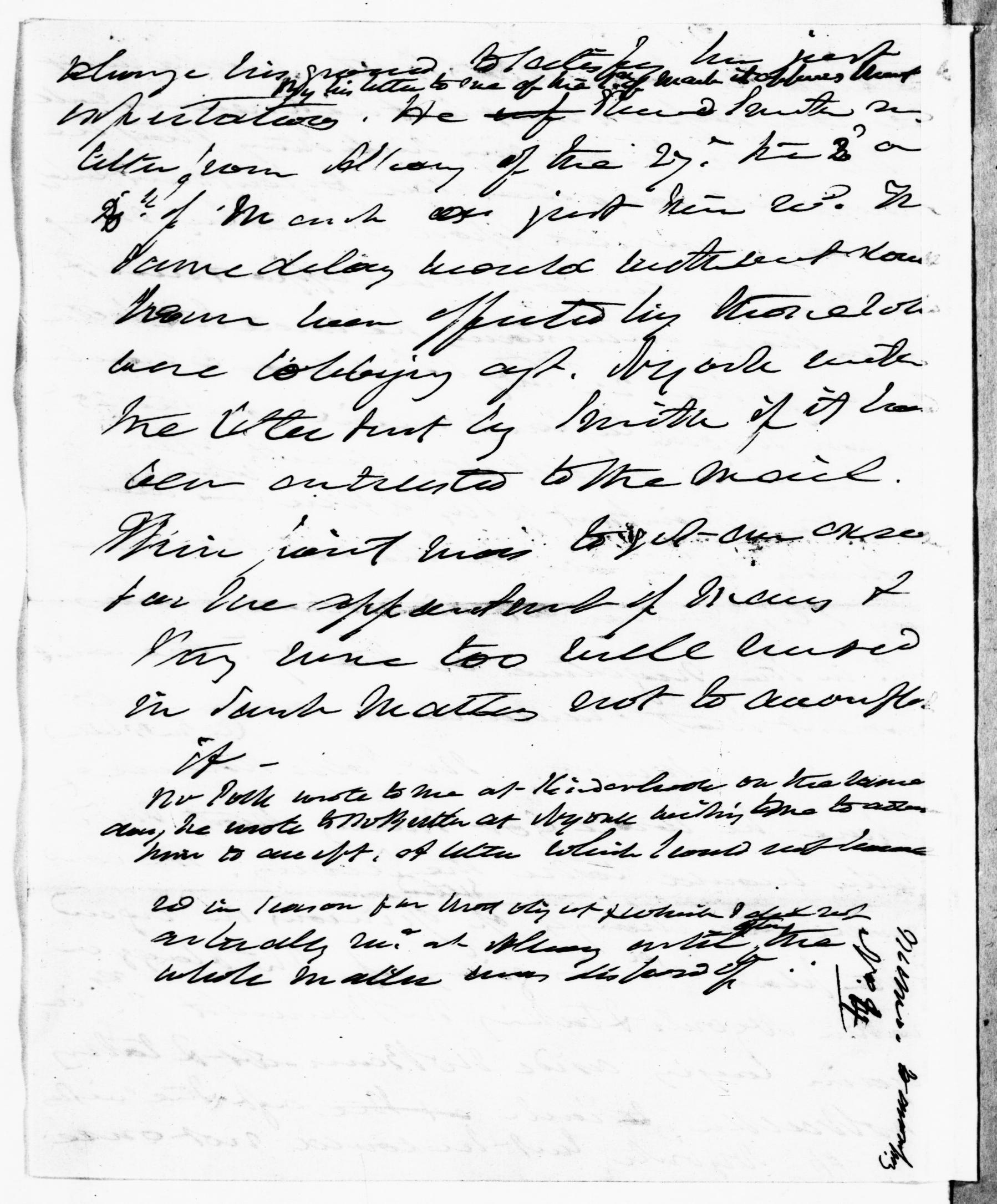