Having formed a partial acquaintance with you during the sessions of Congress, and presuming that you are the political friend of Mr Van Buren, I am induced to write you on the Subject of the next Presidency. We are here at the commencement of a new political war. The old lines are broken down, and new parties are about being formed. I have heretofore supported Mr Clay, but in the Coming Contest I have concluded to do what I can for Mr Van Buren. My friends who are numerous I feel pretty confident will go with us. The recent election for Congress in this district has just terminated in the re-election of Genl McCarty over myself by a majority of about 300. McCarty voted against Mr Van Buren as a candidate for Vice prest at Baltimore and is understood to be a MClain man. Tho this district will be the strongest McClain district in the state, yet we hope to carry it for Mr Van Buren the state must go with us. I should be pleased to hear your opinion as to his Success. I feel confident he must succeed. The time manner and other circumstances of action in this state are important, and are subjects from which we should be pleased to correspond with you and such other of Mr Van Burens friends as shall be thought best. You may rely upon my co-operation in whatever may tend to promote the great cause. 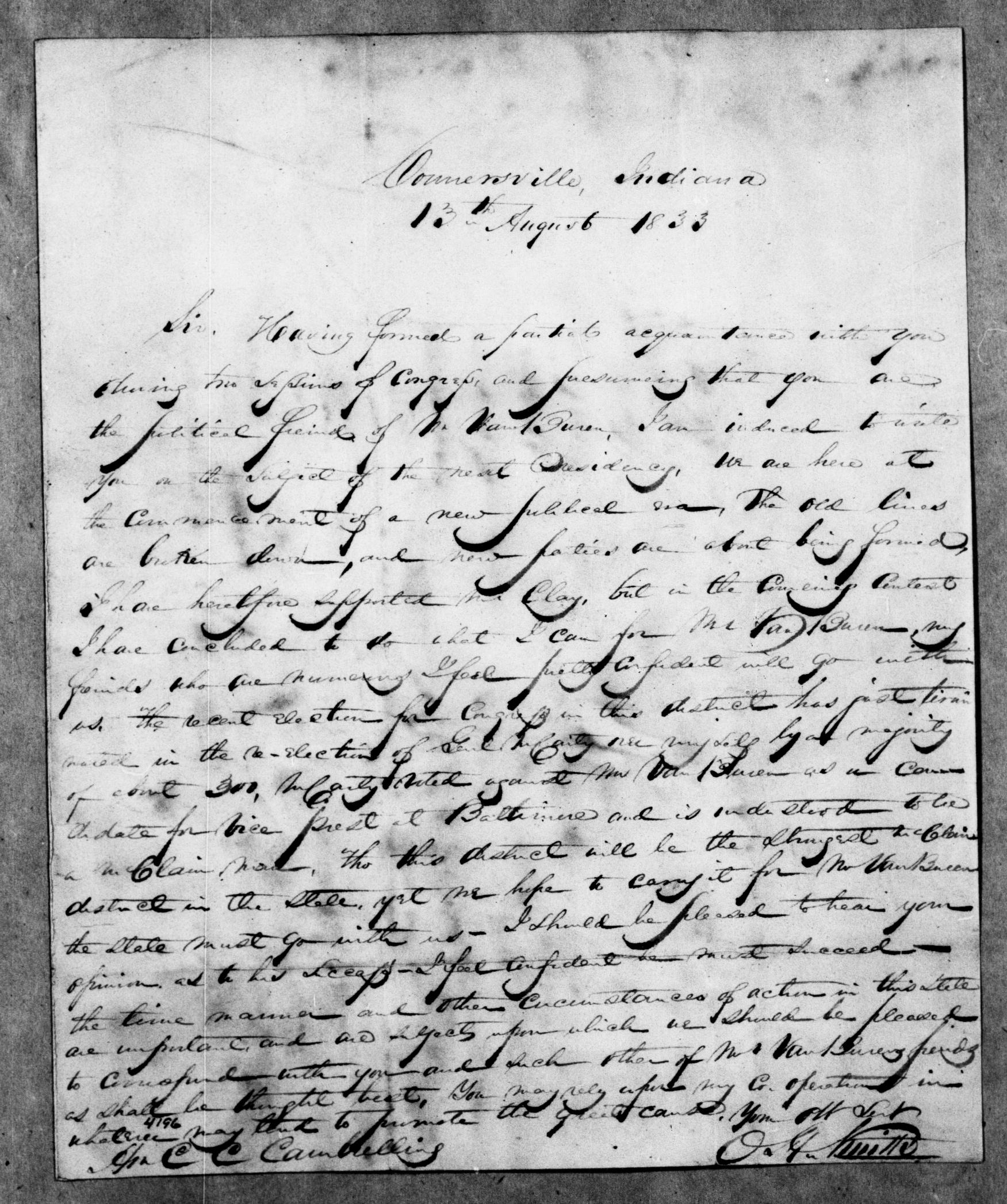