Knowing the interest you take for Nelson and his real friendship for you I owe it to him to send the enclosed. I have written to him that there is not, in my opinion, any chance of old A's resigning immediately. I should not be surprised, however, if he were forced to do so before the autumn. In that case surely there is no man more fit in all points than Nelson to fill the place. His success at Naples, his <politics>, his talents & legal capacity his youth & vigour and the fidelity of his character & friendships all give him claims of the first order: and I <would> you to co operate with me in conferring the office upon him. Now, that Trist is provided for I presume the P. would not feel much difficulty but for the purpose by T. in behalf of his relation Heath, of Baltimore. God knows there family concerns have been carried <forward> and will be more apparent <before> in the final composition of the legation at Paris. Independently of this, however, I whose <illegible> ^sins^ of federalism are those of honestly adhering to the convictions <illegible> & not of elevating federal men, may say that the federal portion of the Jackson party in Md. has been already amply provided for, & to pass by Nelson in the face of the <villian> & result of his mission and his uniform republican purity & that of his <fathers> family, in favor of another of the old school with not a tithe of his merit & capacity would be an outrage. T. from some cause is hostile to Nelson, & never will forgive or forget their old party divisions. This same Mr. L. is a man of strange propensities of which the most extraordinary is not his hostility to Nelson & the old party of Saml SMith as his recent affection for Webster, and exertions to disseminate his <speeches> beyond the mountains. I pray you, however, to take care of Nelson in this instance, because it is right in itself.

The President has finally determined to send Mr. L. to Paris early in June. L. with some adroitness <used> your <illegible> to find some good cause, to urge a circuitous mission to Naples & Austria. The P., however, clearly saw that such a step would only make matters worse and a much better reason for immediate action really existed. We learn by our despatches received on the 22nd inst. and dated at Paris on the 15. March, that up to that day the Chambers had made no appropriation for our installment, and that serious difficulties existed with the ministerial party in executing the treaty! In fact the President of the Council stated that his hope of success would depend upon the votes of the opposition! This alone would require the immediate presence in Paris of a different agent than Mr. <Niles>. Besides this, "Clay's bill" which passed on the last night of the session reduces our duty on french wines and brandy &c &c 10 per ct. and takes it off altogether from french silks after the 31. December 1833. The chief point open in our relations with France is their high duty upon our tobacco, and any reduction of that would be a great matter for the south & West. The President thinks, & certainly with much reason, that if this overture in our legislation were promptly pressed upon the govt. of France, with an intimation that their refusal to meet it when communicated to congress might induce them to alter this part of the tariff, which forms no part of the compromise, our negotiation would probably succeed. At any rate it is a matter of sufficient magnitude to make the attempt, and which necessarily requires our minister to be there at Paris in August. Thus you see this matter has been safely disposed of, on the score of time.

That this letter may run no risk I enclose it to Mr. Duane by whom ^if you are yet in Utica^ it will be delivered to you, & sent after you if you should have left.

I beg my affectionate regards to the Major, & remain faithfully

P.S. The President's health is very infirm. He has been bled since you left, & I seriously fear he will not have strength to encounter the fatigue of his northern tour. 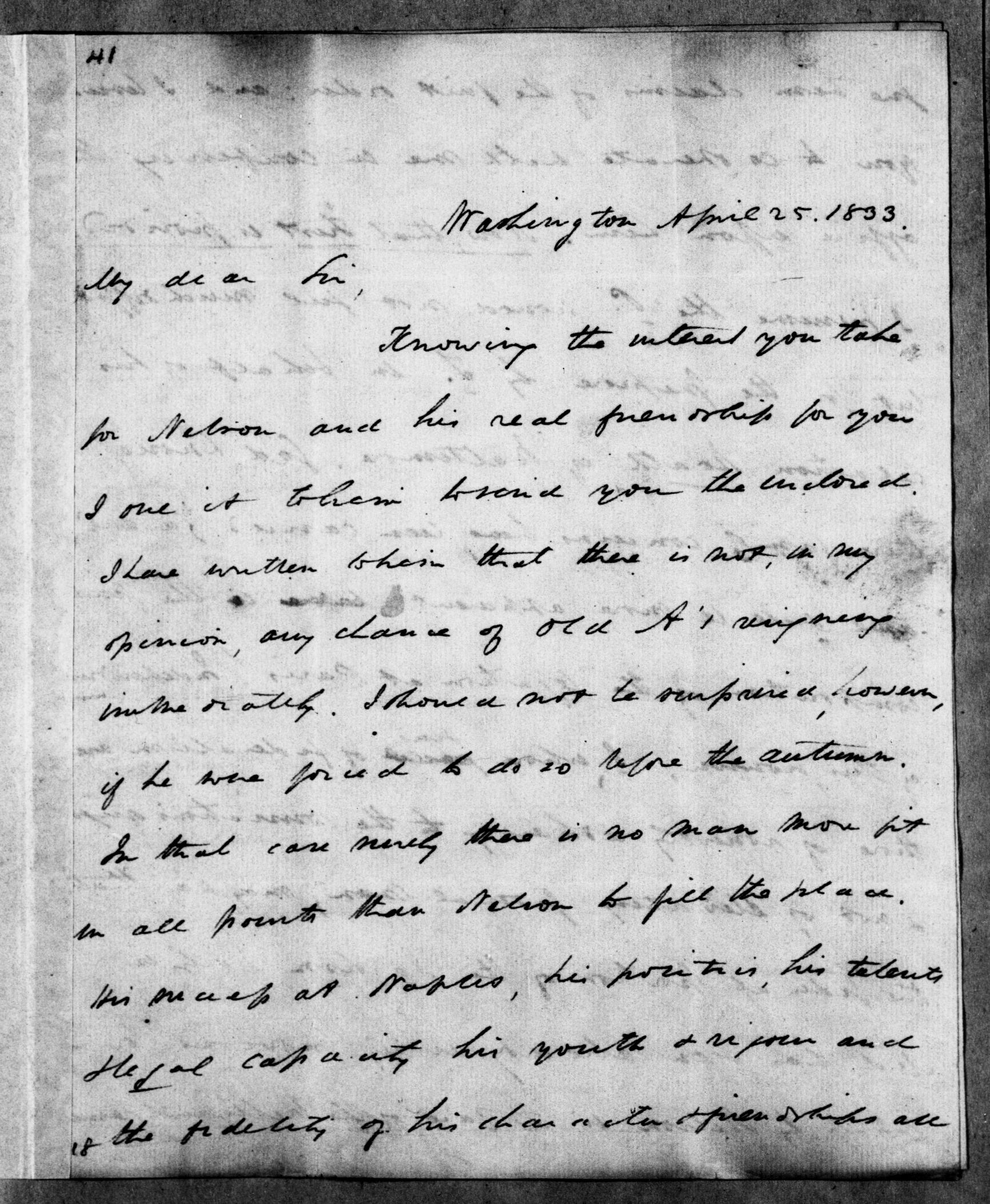 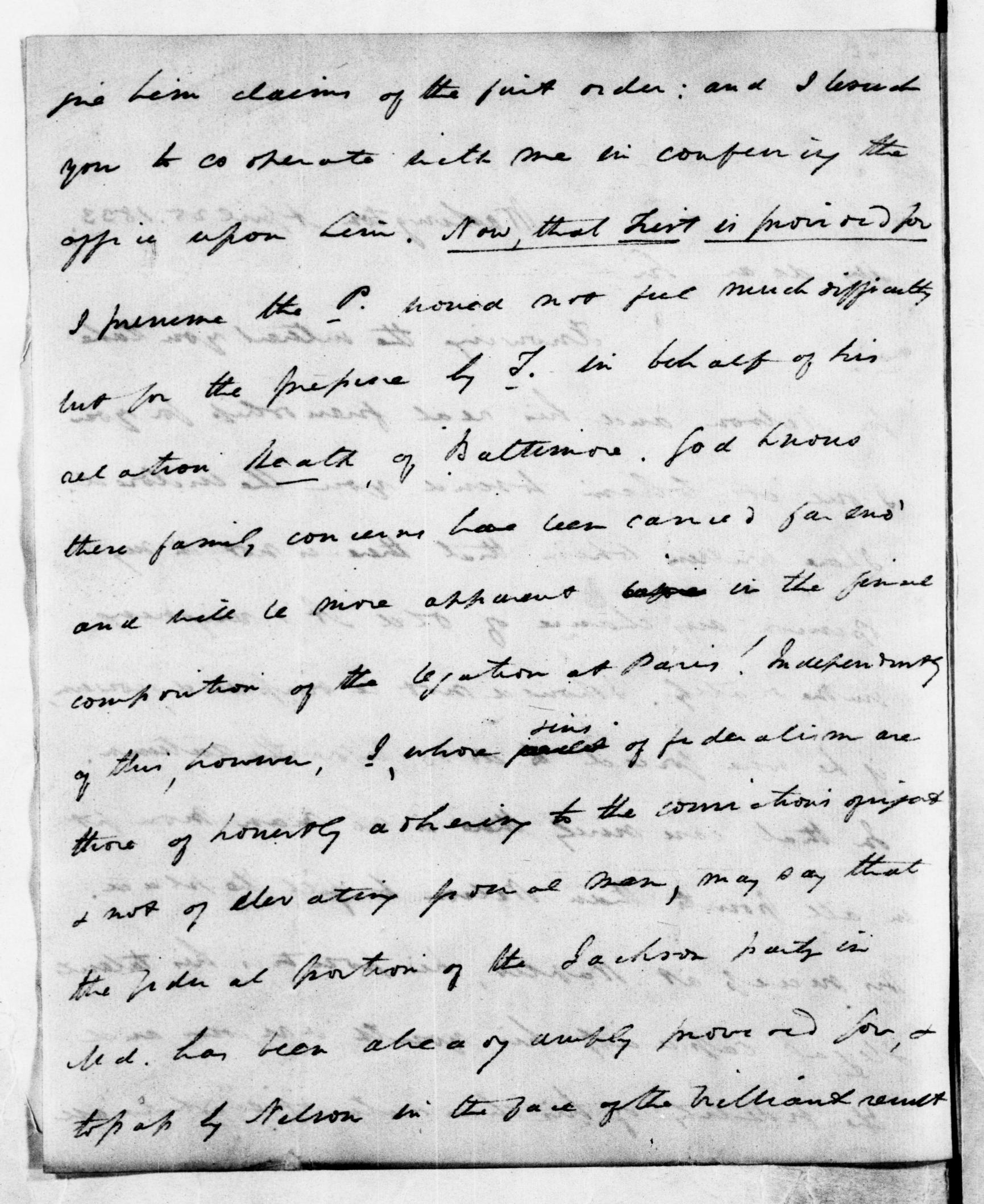 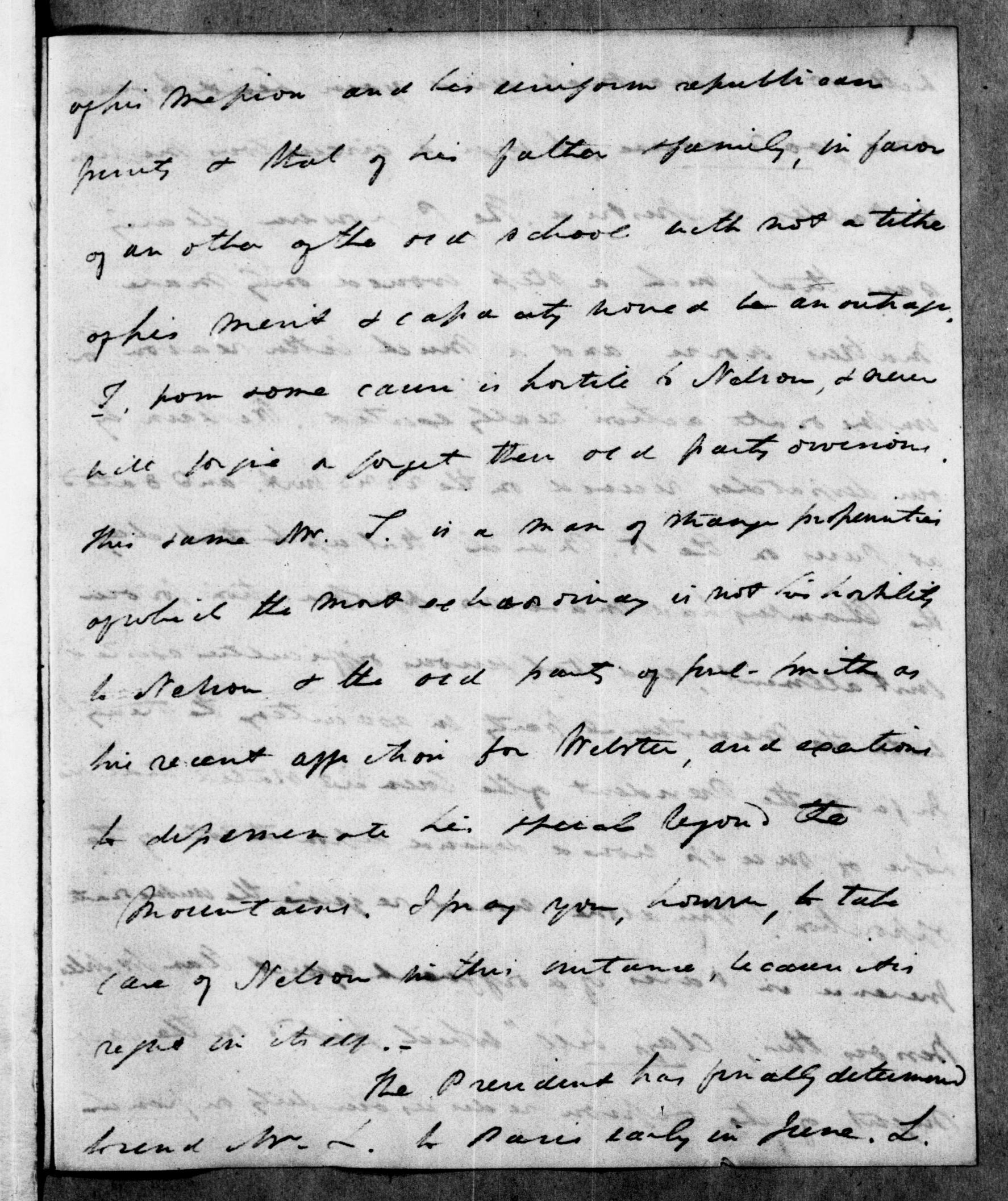 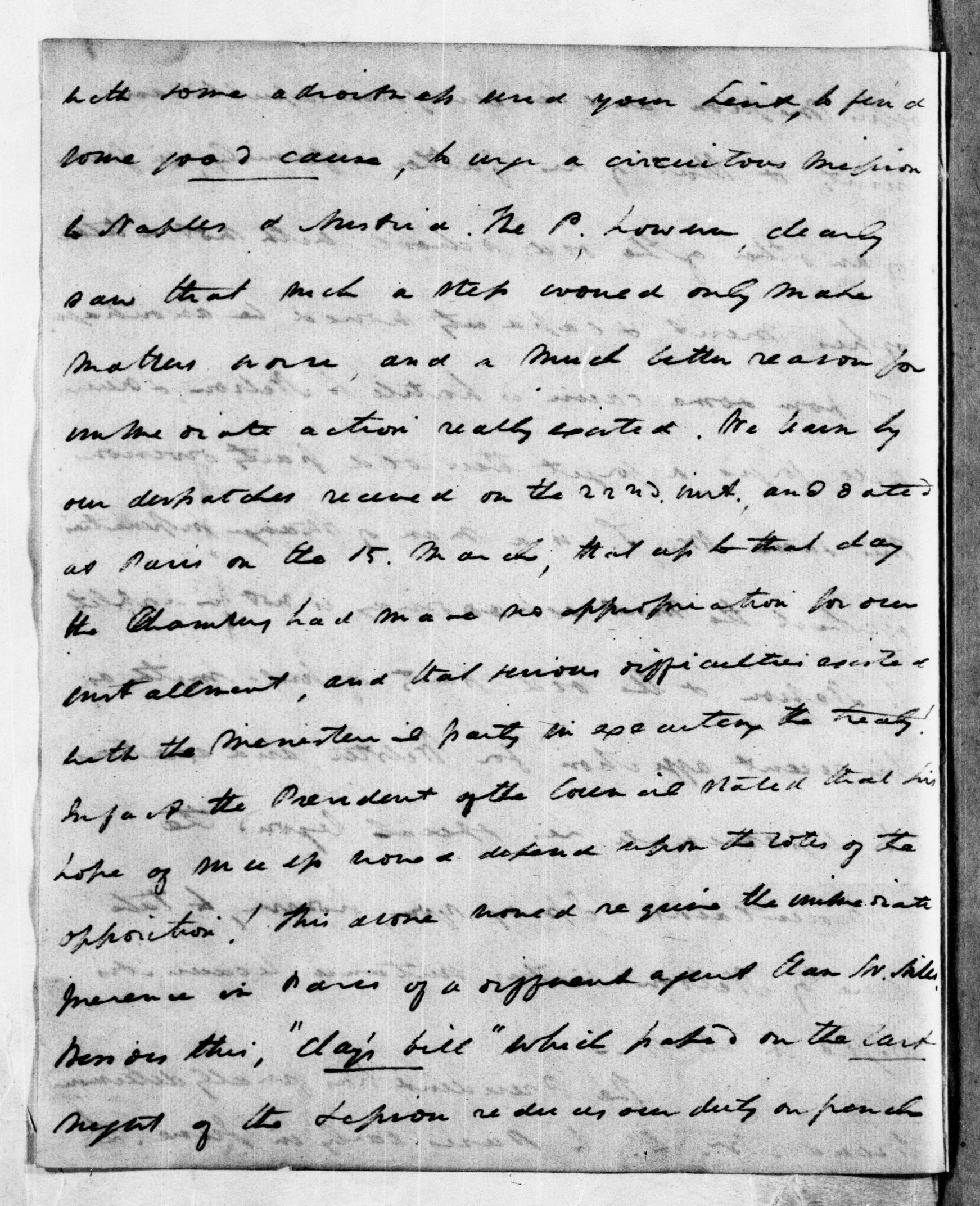 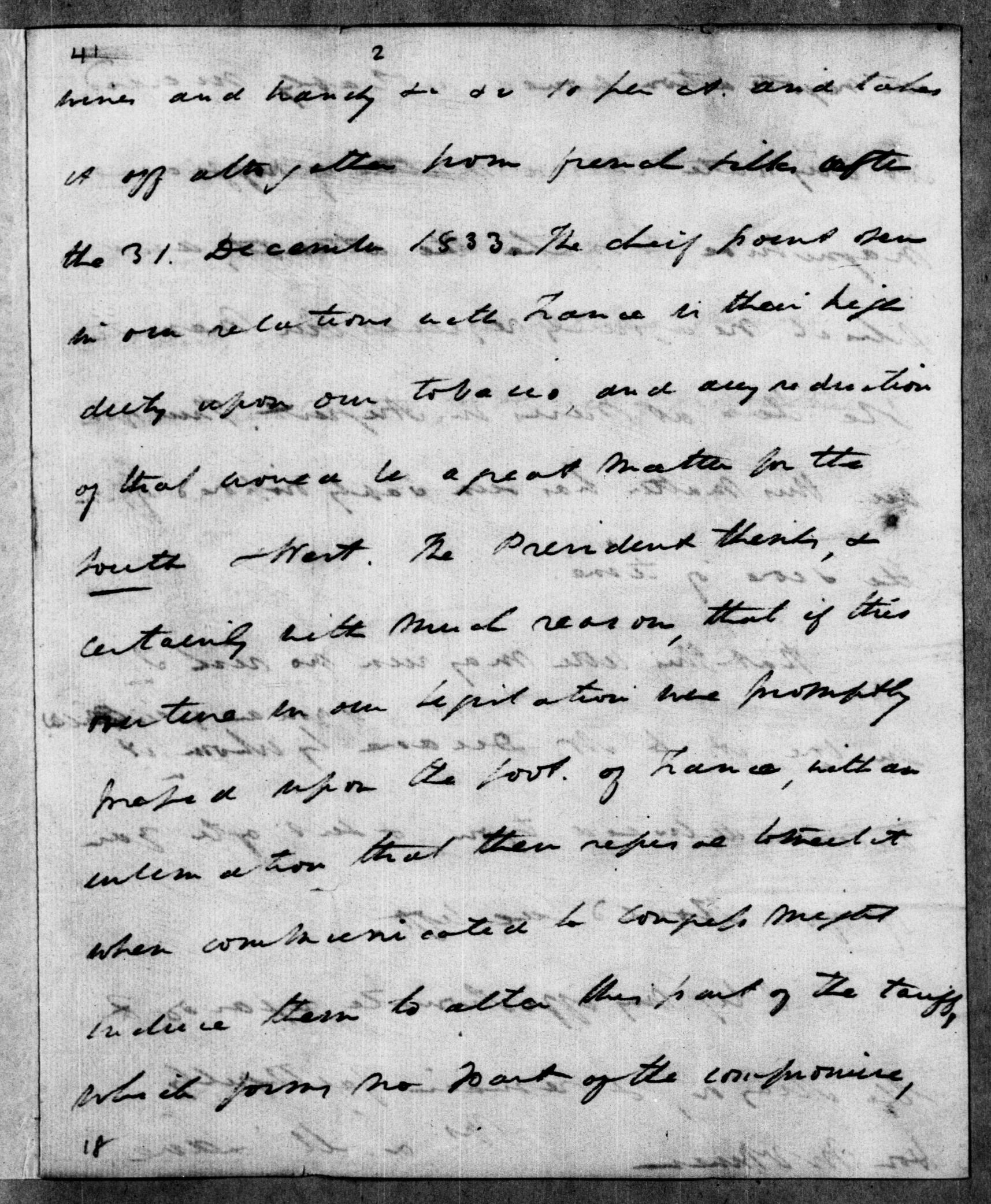 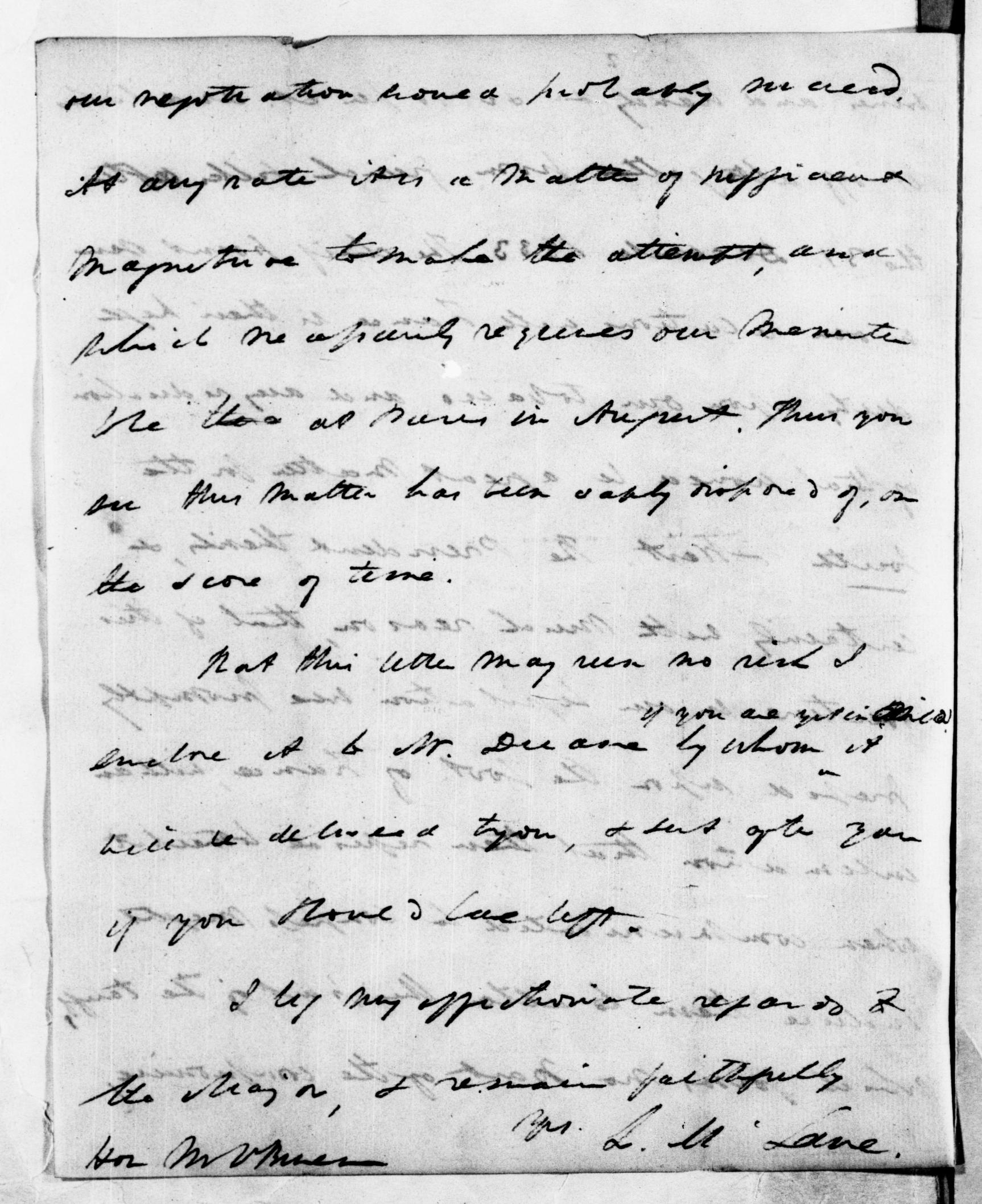 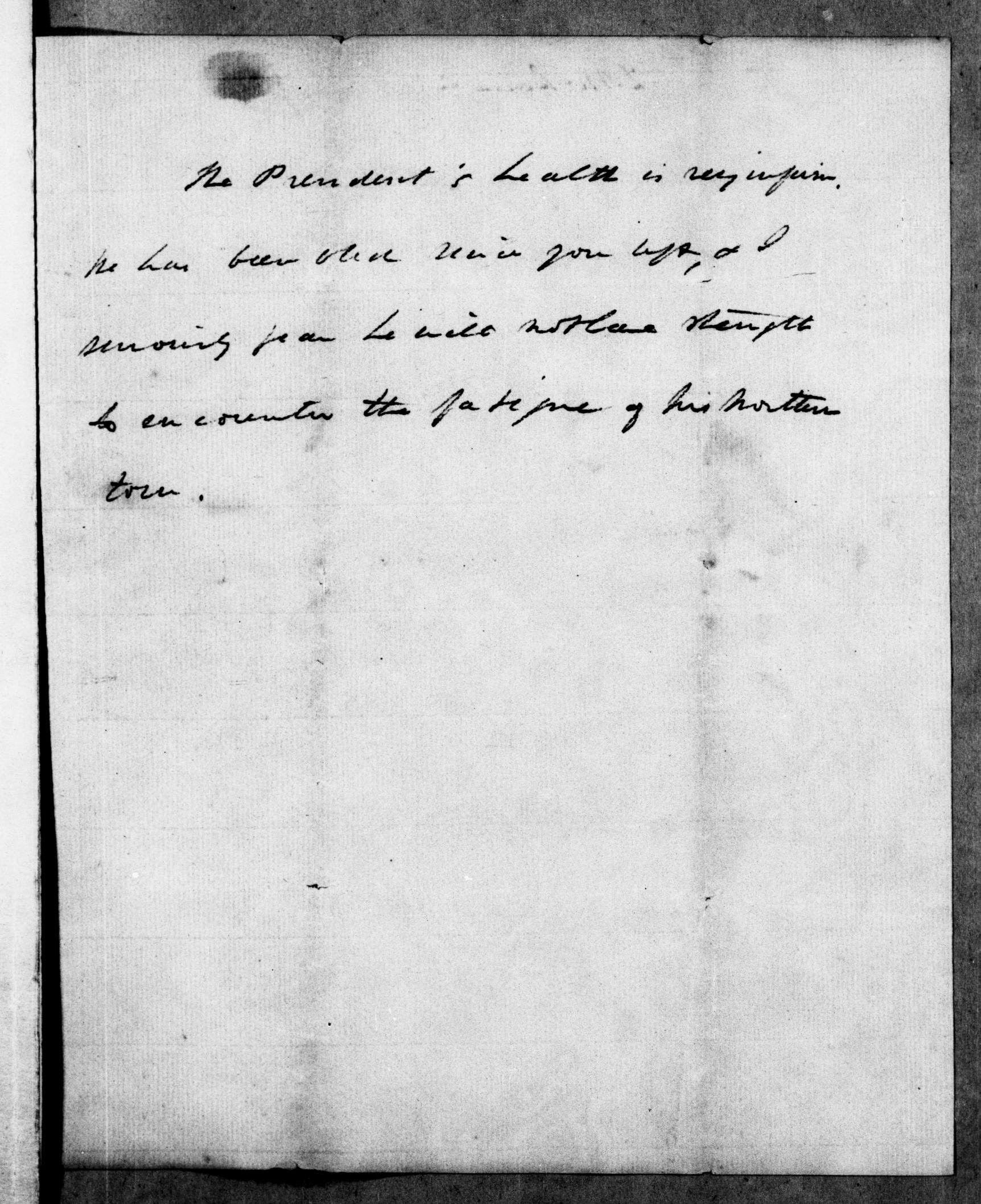 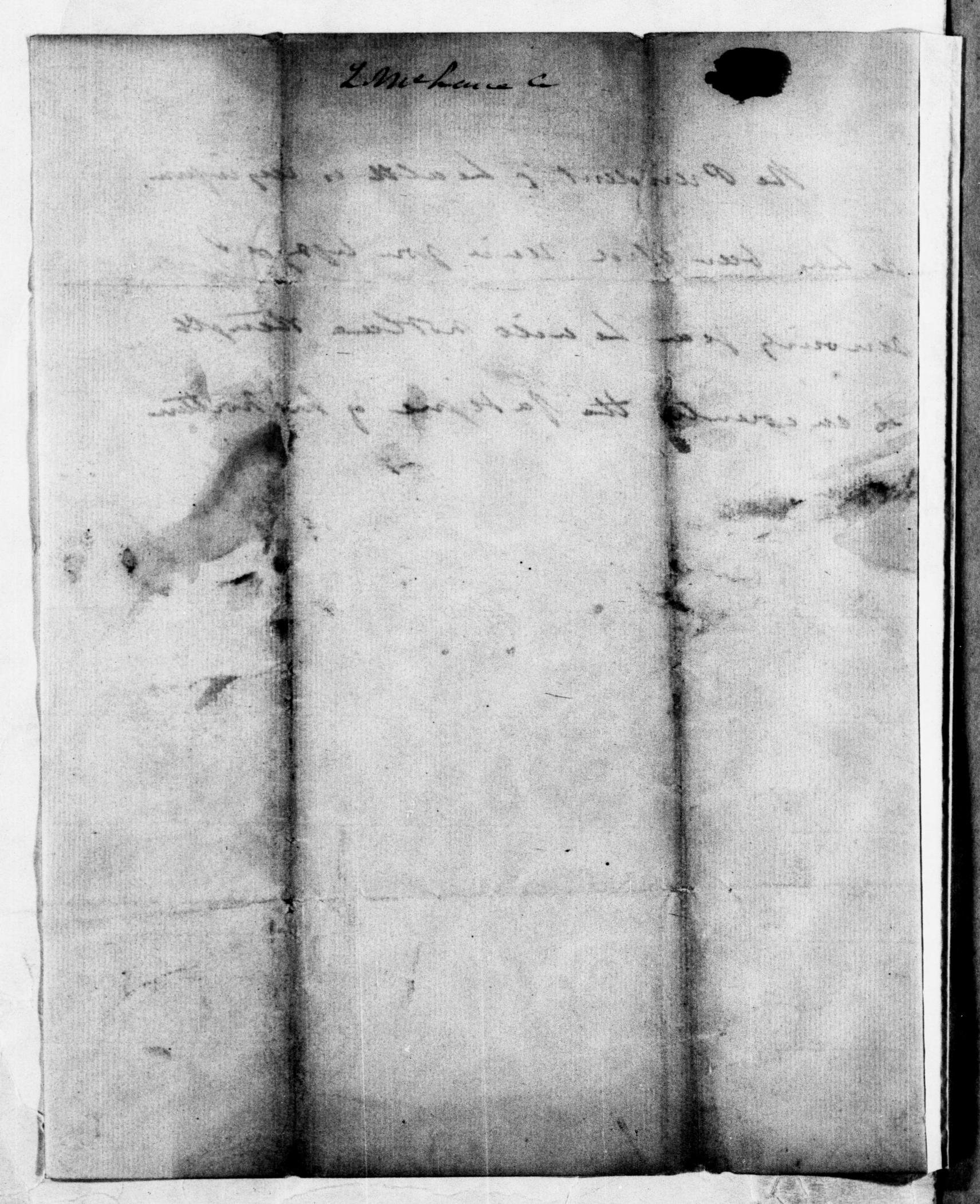