I presume that there is a disposition to attack Ingersolls history of the War of 1812. It is said to abound with errors of fact & errors of opinion. Commodore Stewart is out in the Courier & Enquirer of the 18th, (Saturday last,) in defence of himself & Bainbridge for ^against^ the statements of Ingersoll relative to their motives in <dodging> the employment of the navy &c.

The old federalists of the anti war party will doubtless assail Ingersoll & his book hammer and tongs! I read the work with great pleasure. Some of the details may be wrong—wrong in fact & wrong in colouring. But the spirit of the book is good. It exposes the English party in this country, ^& holds them up^ to contempt. I like it for that. It exhibits the base conduct of the English ^during the war^ in its true light, and I like it for that too.

The war changed my opinion of many—and some I remember who were traitors to this country then and ought to have been hanged, are now democrats, or rather Loco focos of the first water & rank among your particular friends! The rascals have not departed, they only found their principles unprofitable—& so changed them—& for that they deserve to be hanged now.

They say ingersoll is malignant. I saw no evidence of it in his book, and I am determined to support him. It is impossible to write 2 volumes of any thing & not to commit some errors. But the book jumped with my feelings & principles, & my memory told me it was in the main just & true—& that was enough for me.

If you have read it, & you should be ashamed to confess that you have not, let me know what you think of it. If I had your leisure, I would write a damning comment upon it.

But I have no time. 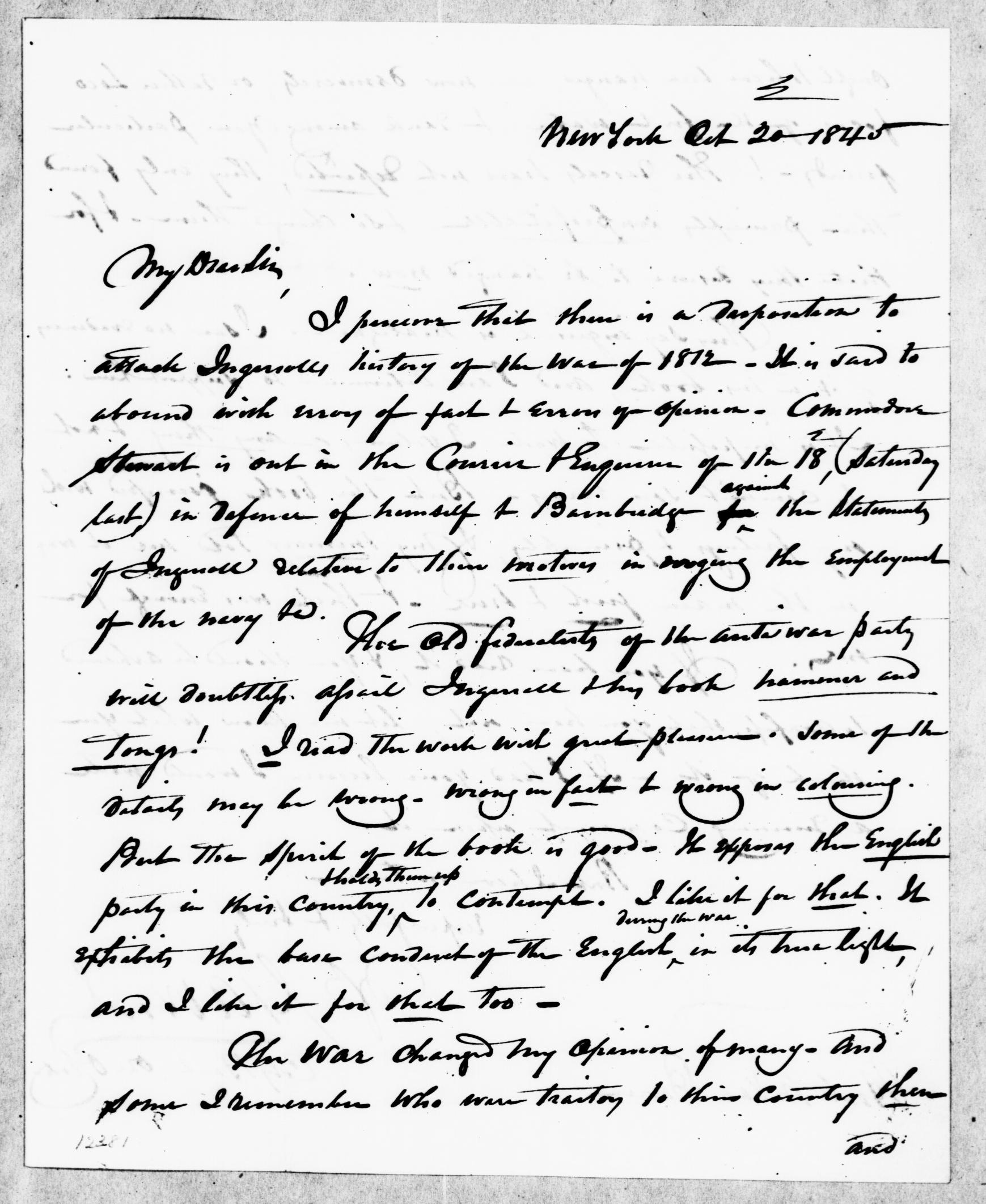 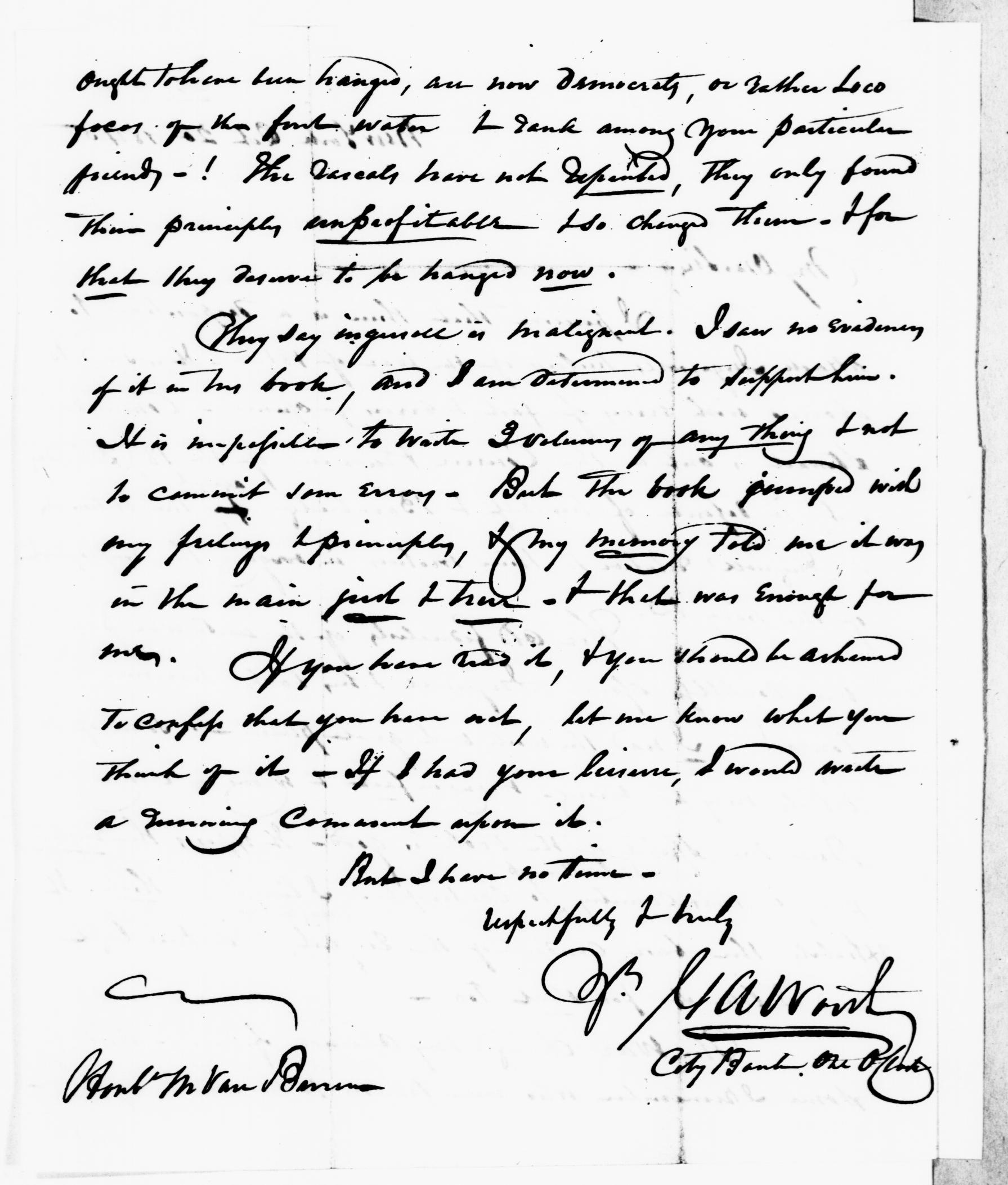