I have been induced to delay the return of the accompanying papers, with an acknowledgment of the receipt of yr letter, longer than I could have desired by a reluctance to avail myself of yr. considerate intimations in respect to an answer.

I have, however, upon mature reflection, been induced to do so by the consideration, that I cannot do justice to my own position or feelings without going fully into intrigues which have, I am well assured, <been> on <foot> at Washington Since Feby. last, to set aside the correctly ascertained, and well understood wishes of the Democracy of the United States by means of private letters and individual exertions, and to give a direction to the nomination for which the previous Sanction of no State, or even considerable District could be obtained–a task the performance of which would not only be very repugnant to my feelings, but inconsistent, also, with the position I have taken at the beginning, & ever Since scrupulously maintained in respect to the nomination.

It can scarcely be necessary to declare my conviction of yr ignorance of these transactions, or to say to you that you need give yrself no uneasiness about the letters now returned.

The new character which has been given to our political position, is, believe me, as painful to myself as I am very Confident that it is to you. I beg you however, my dear Sir, to be assured that the future, portentous as it may be, has nothing to bring forth that can impair the unfeigned Solicitude which I can never cease to feel for yr. own happiness & for that of yr. amiable family.

Have the goodness to shew this in strict confidence to my old and highly Cherished friend Roane, whose letter I have recd, & believe me very Sincerely

copy of a letter 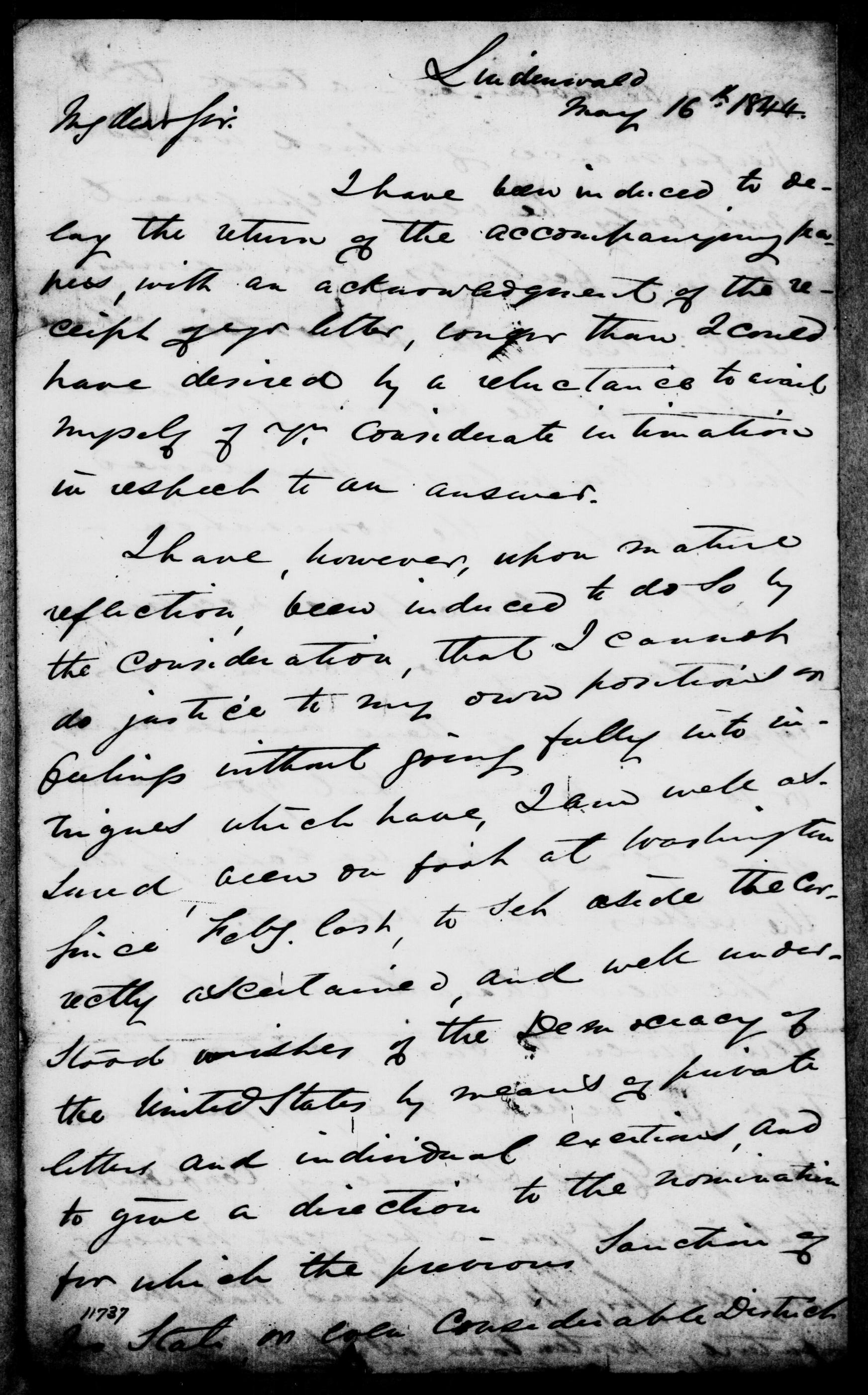 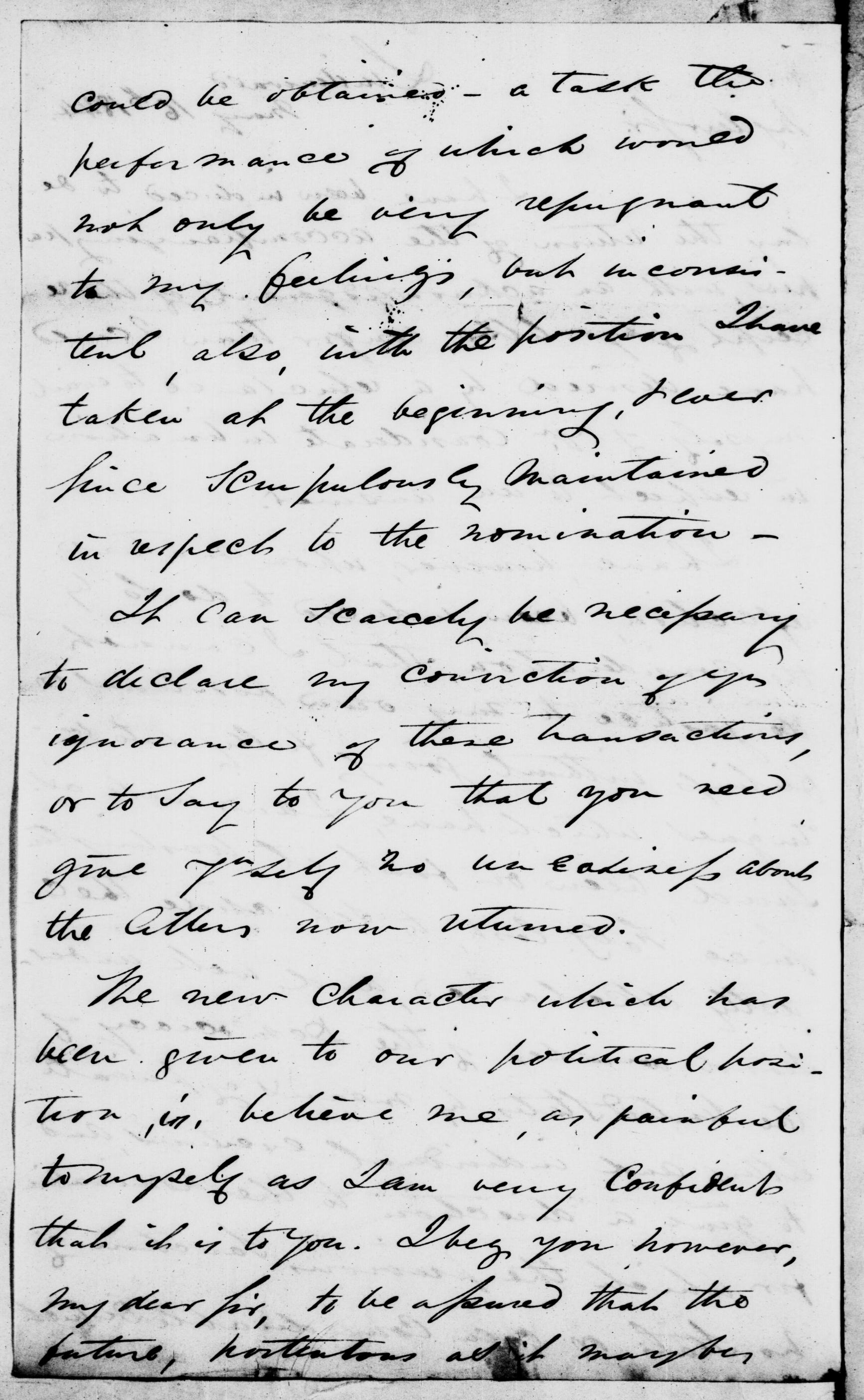 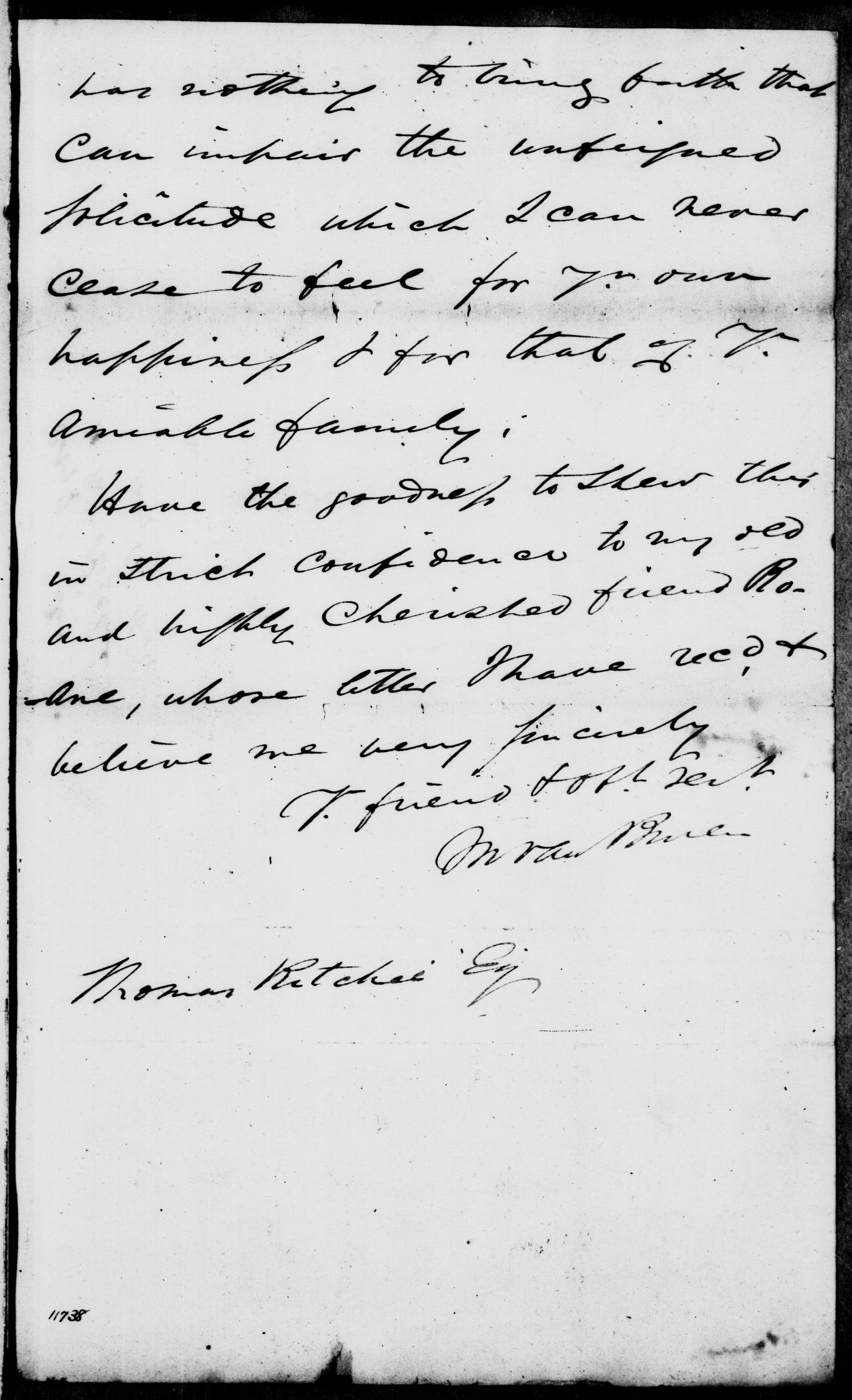 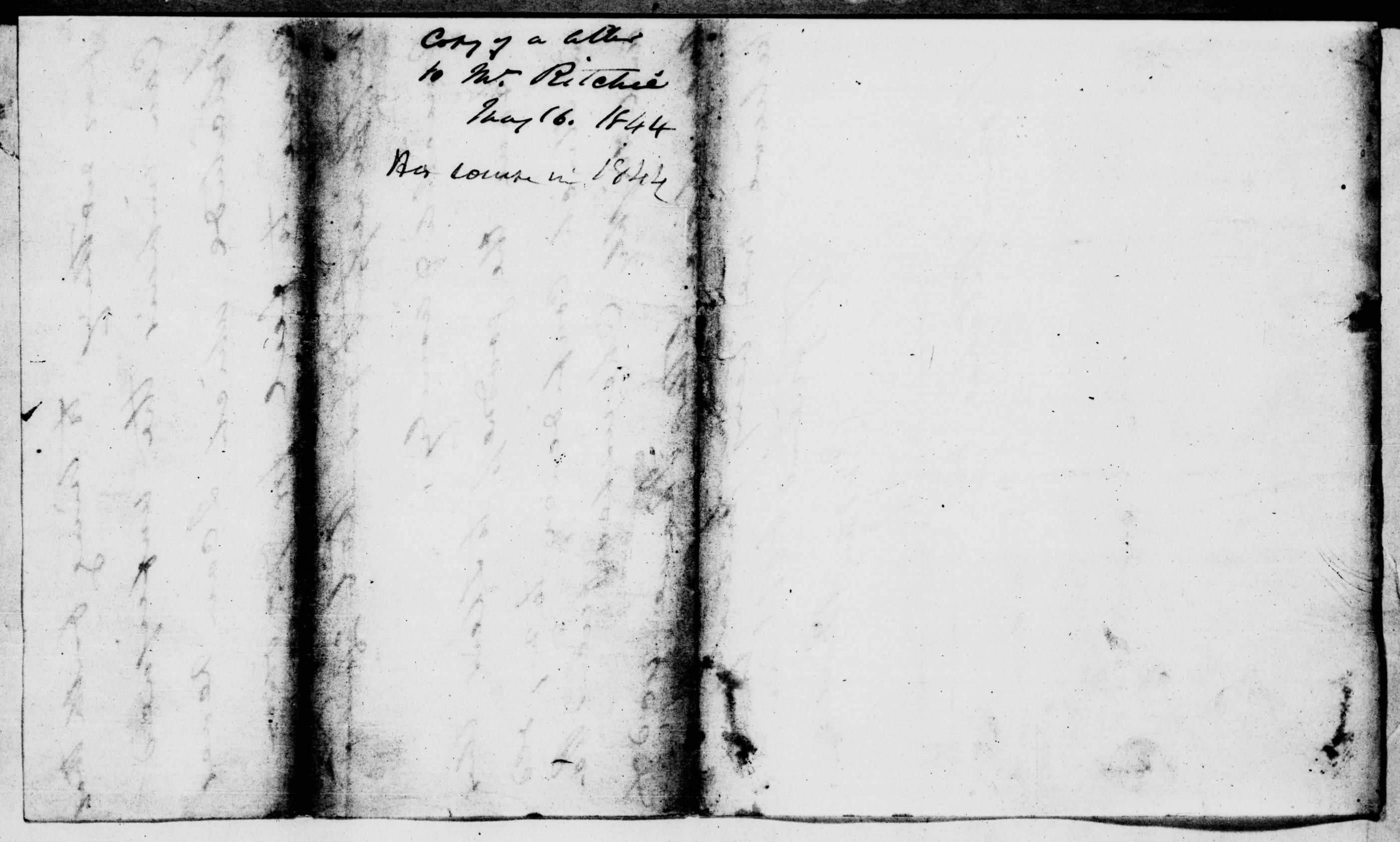