I must beg Your excuse for so long delaying to acknowledge the receipt of your last Letter, and its accompanyment, which is owing to my having been absent for home since Friday afternoon, when not hearing from You, I paid a visit to a friend in the country, in hopes of recovering from an affection of the head and eyes, especially, which prevented reading or writing, without serious inconvenience. I returned Yesterday Evening, and am somewhat recovered.

I was not sufficiently aware You were so pressed for time, though I know that like a wise man, You do not commit Yourself to Paper, without pondering deeply on what cannot be recalled. In these cases delays are not always dangerous. It was my intention, had sufficient time been allowed, to have made a fair transcript of the whole article, in order to acquire a full understanding of Martin’s hieroglyphics, as well as to imprint the full scope of Your ideas on my memory, with a design to give them the deep consideration You request. But there is not time now, if the major is to take the Despatch to Washington on Friday, and indeed after two careful perusals, I really do not think it worth while. The Constitutional argument I think cannot be improved, except, by the omission of the case of Vermont, which does not seem to me exactly in point to the case of an acquired Territory, and may be cavilled at perhaps.

With respect to the other interrogatories, though I confess my fingers itch a little to get hold of Texas, Yet You have certainly taken the right view, and are on the side of Law and justice, not to say expediency, for the acquisition might after all, cost more than its worth. If there were time, I might possibly, here and there round off a sentence, but I could add nothing to the clearness with which You have expressed Yourself, or the force of Your arguments, and have therefore returned the Paper, with a few verbal corrections, which do not alter the sense. I have often told You, that Your style is unique and all the better for a little unstudied roughness, especially in a Letter. I dont much like to meddle with it, because it is impossible for one man to tell exactly what another means to say, and to attempt to say it for him is very apt to fail.

I doubt whether Clay will answer these questions, and am of opinion he will dodge them some way or other. It is a pity You could not do the same, for I can perceive the rocks on both sides, and doubt the policy of a candidate for the Presidency, committing himself on a question of Foreign relations before hand, as other actions may take advantage of it. You have steered as clear as possible, and as You see much more of the game than I do, are better qualified to Box the compass among the Breaches. If I see Barney I will make the enquiry You suggest.

Present my best remembrances to Mrs Van Buren and my Godson, of whom she barely insinuates I have lost sight lately, though I am busily occupied at Leisure moments in compiling a speedy & certain method of spoiling good Boys, which I think of sending her shortly. I shall of course be perfectly silent about the present affair, and am my dear Sir,

Excuse this scrawl, as I can hardly see. 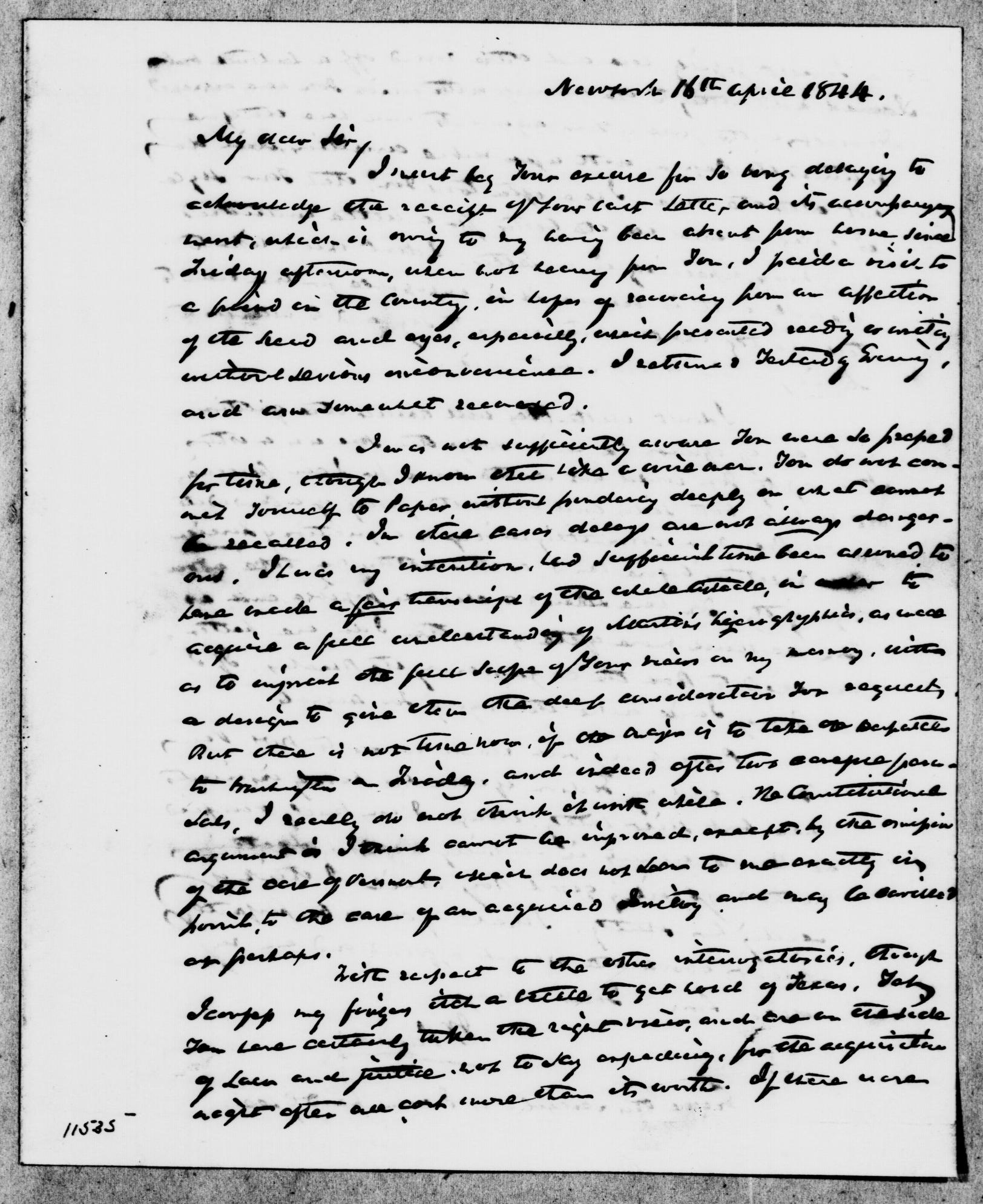 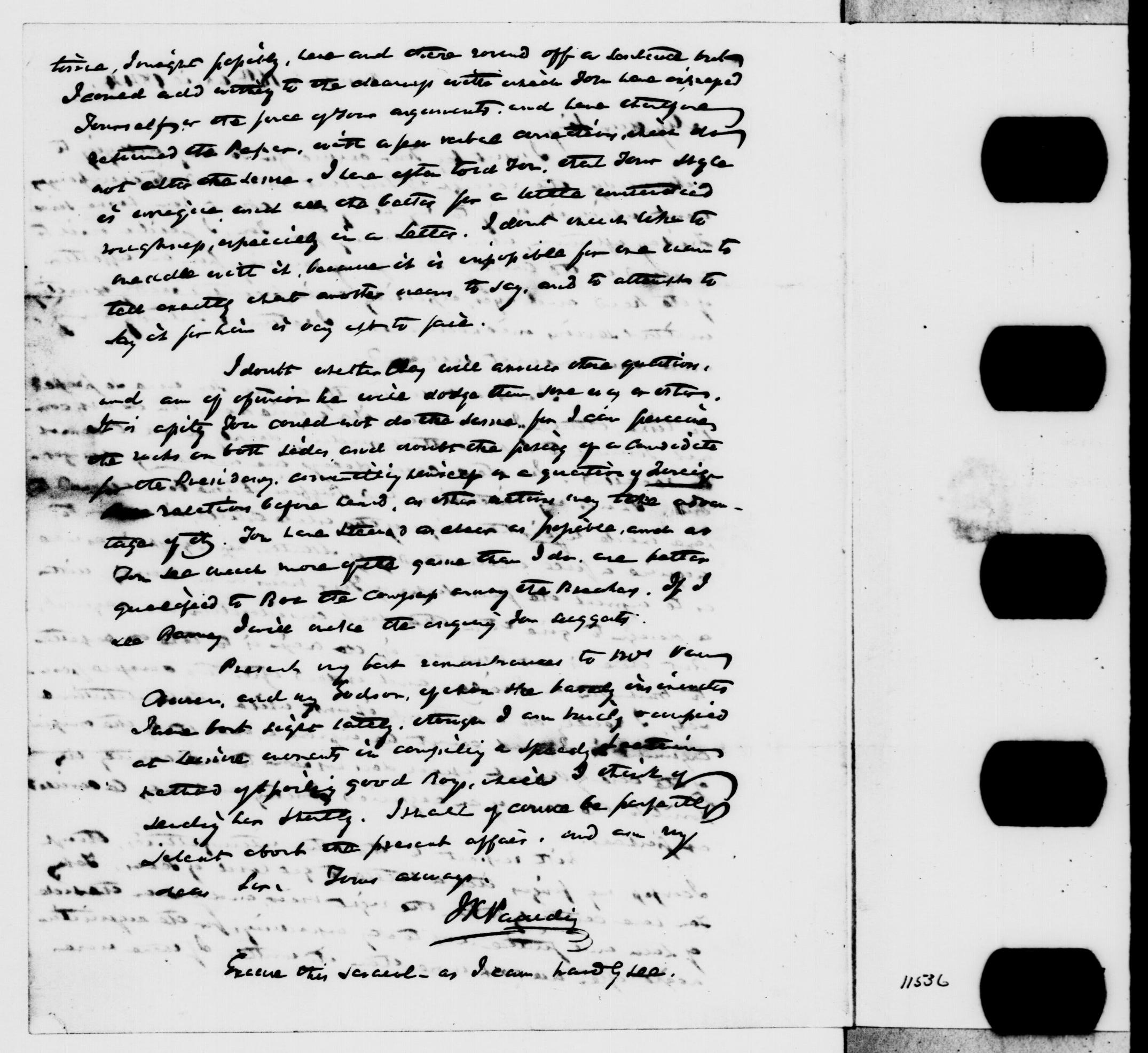 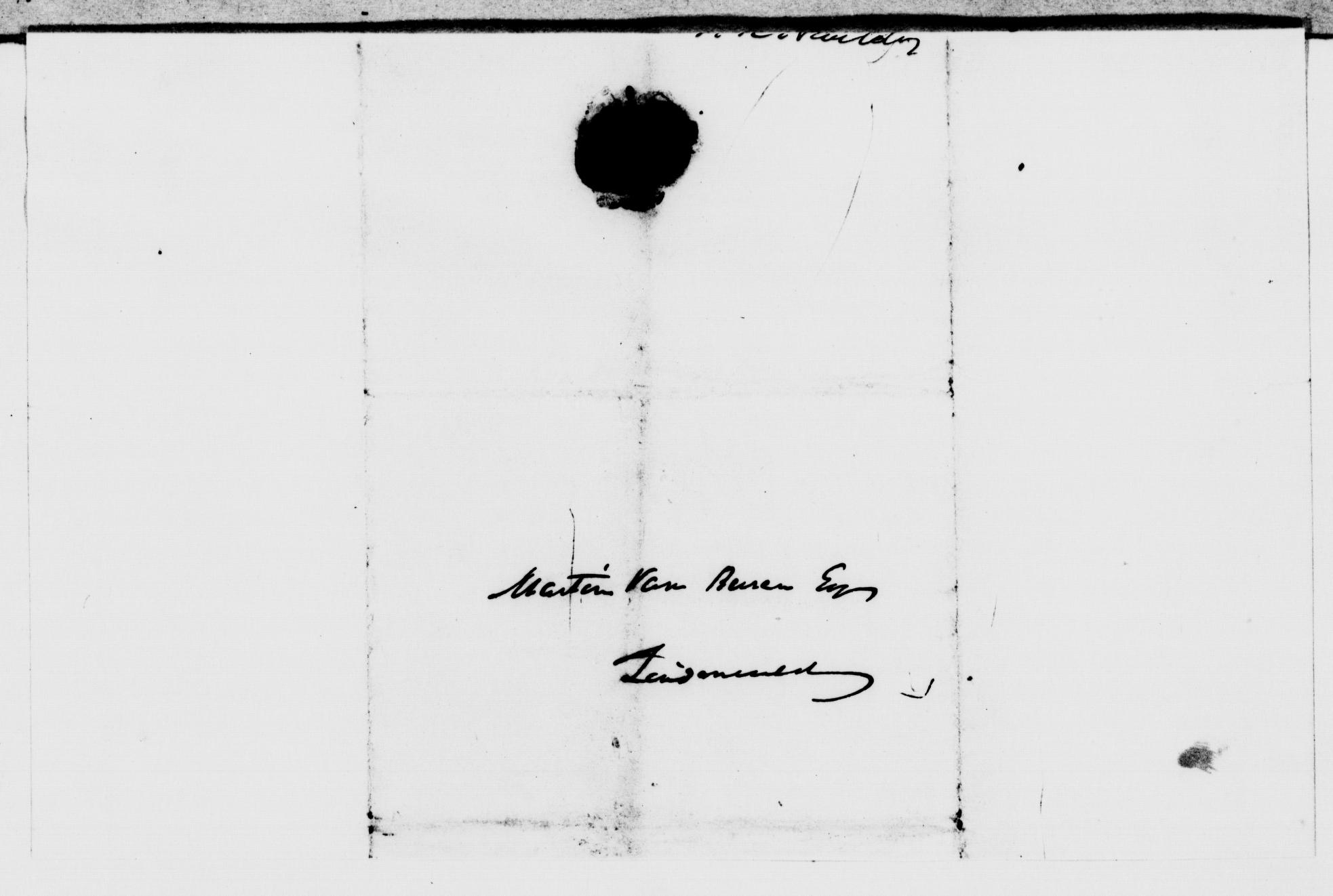