Yesterday morning I finished the convention. In the evening I got your favor of the 23d. I think you will be pleased with the view I have taken of the convention, especially on the veto, the appointment, & above all the suffrage question. Today I usher you into the Senate.

As to the convention, the veto power, the distribution of patronage, instead of concentration, the magnanimous attempt to save Van Ness, are touched upon. The suffrage question more fully. Not one word do I use of justification or apology: all is affirmative, declaratory. I think the previous statements have from their timidity & anxiety been ^most^ unjust to you: Butler the most: ^Butler was over-anxious to be impartial.^ Holland next: the Albany pamphlet is better. On this subject, Hammond is more just towards you than either of the three.

I shall finish the sketch as soon as possible. For your Presidential career, I could wish a better opportunity to explain what I think was the great movement ^in it. It would be worth six months’ study^ However, limited as the time is, I shall try my hand at it.

My collections are so long, that I shall not much trouble Mr Flagg, till I present the sketch for consideration. Then I wish all eyes opened. For if any thing gets into print, that should not, I shall shelter myself under my council, meaning to have Wright & Flagg & Marcy for your councillors; and, as the document is to see the light pending an election, I shall claim your severest criticism.

As to Texas!  Shall a word be said about it? The question of annexation is revived. Long ago a plan was laid to extort letters, from you & from Mr Clay on that subject. My judgment would be, not to notice the topic at all, or to do it boldly. The current of democratic opinion is rather in favor of annexation. You can send me a hint or not as you think best. Let Martin make a memorandum in his hand. But all that ^precaution^ is unnecessary. A word from you is as safe with me, as if I were in the grave.

Webster is here. Do you know, that when Secretary of State, he negotiated that is attempted to negotiate with Mexico for The extension of our boundary on the Pacific? This is a fact. He desired to purchase of Mexico enough to get San Francisco within our limits. No small slice of New Spain on the Pacific. You may rely on this. I also most fully believe, that he attempted with Ashburton the settlement of the Oregon question. Ashburton as I believe, told him England did not want to colonize Oregon, but only to protect its Hudson Bay Company's interests.

Mr Paulding has sent me his circular about Flogging. 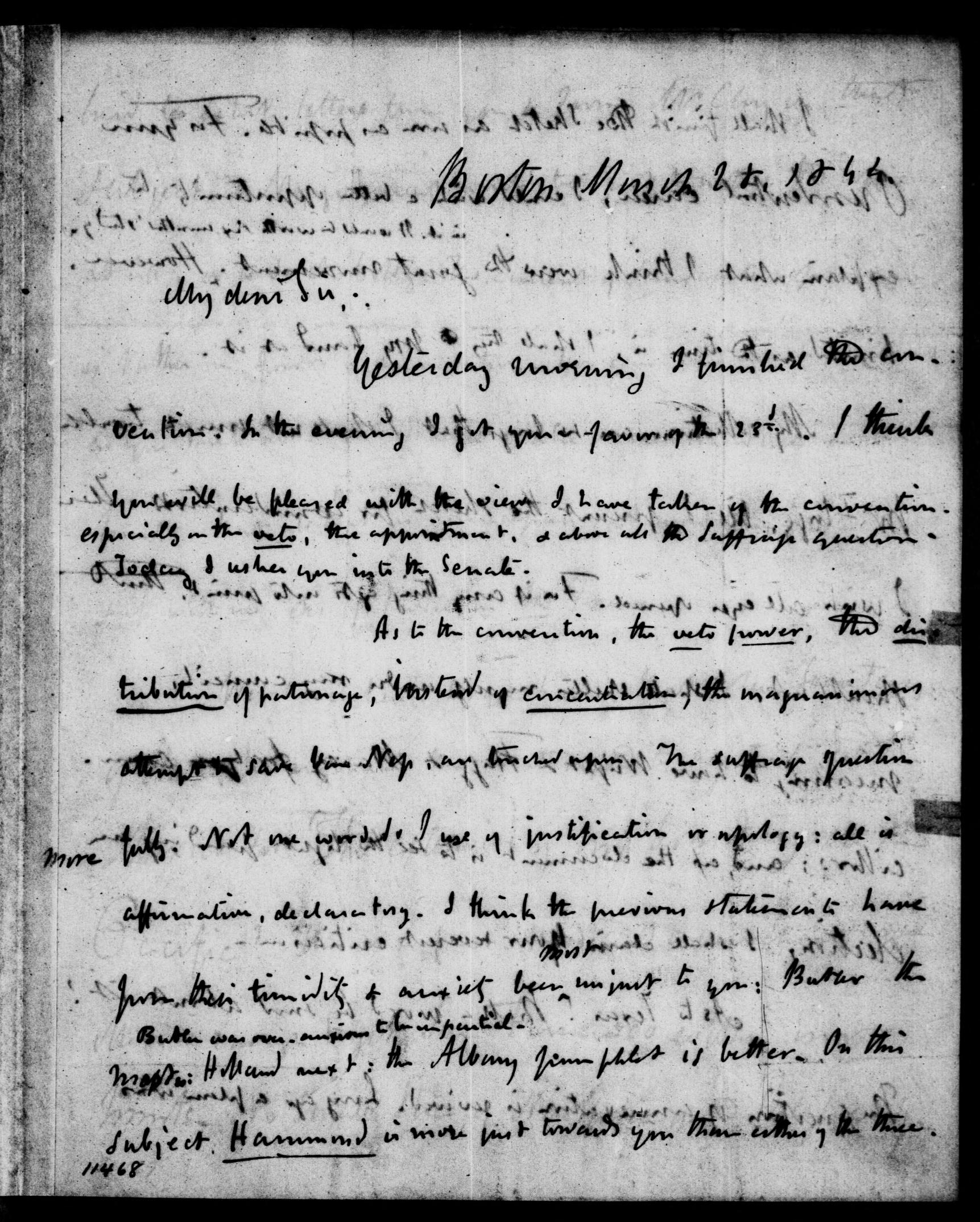 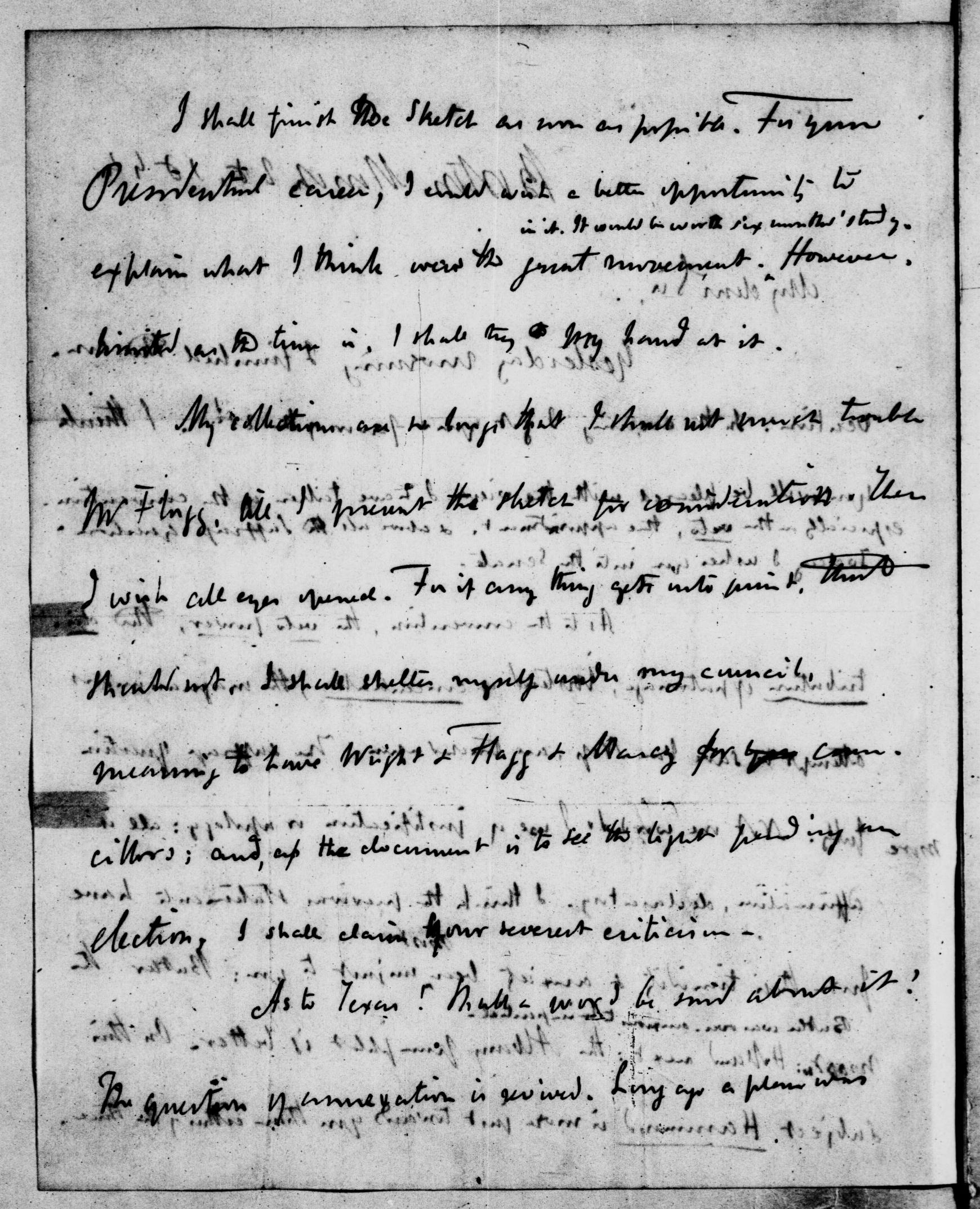 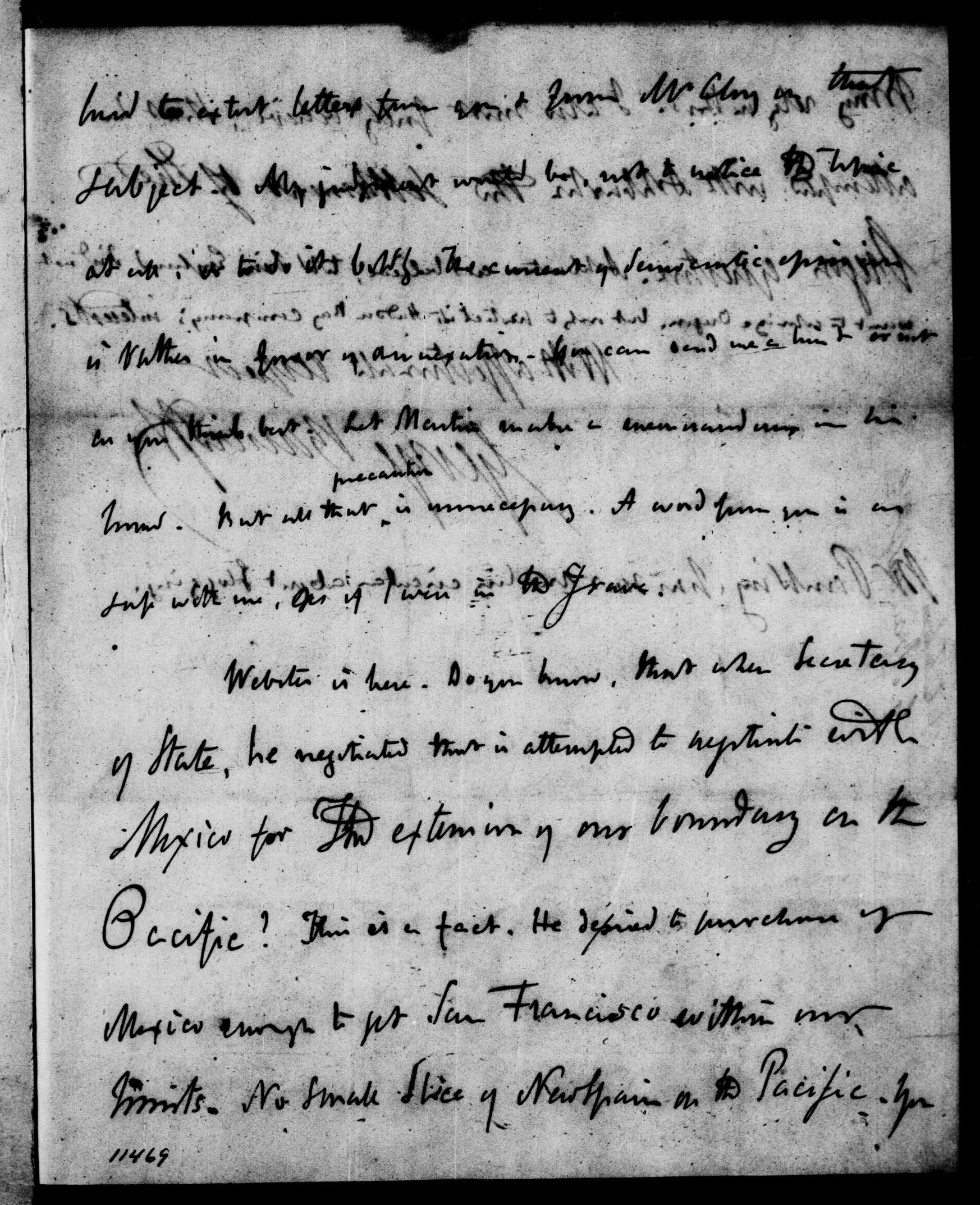 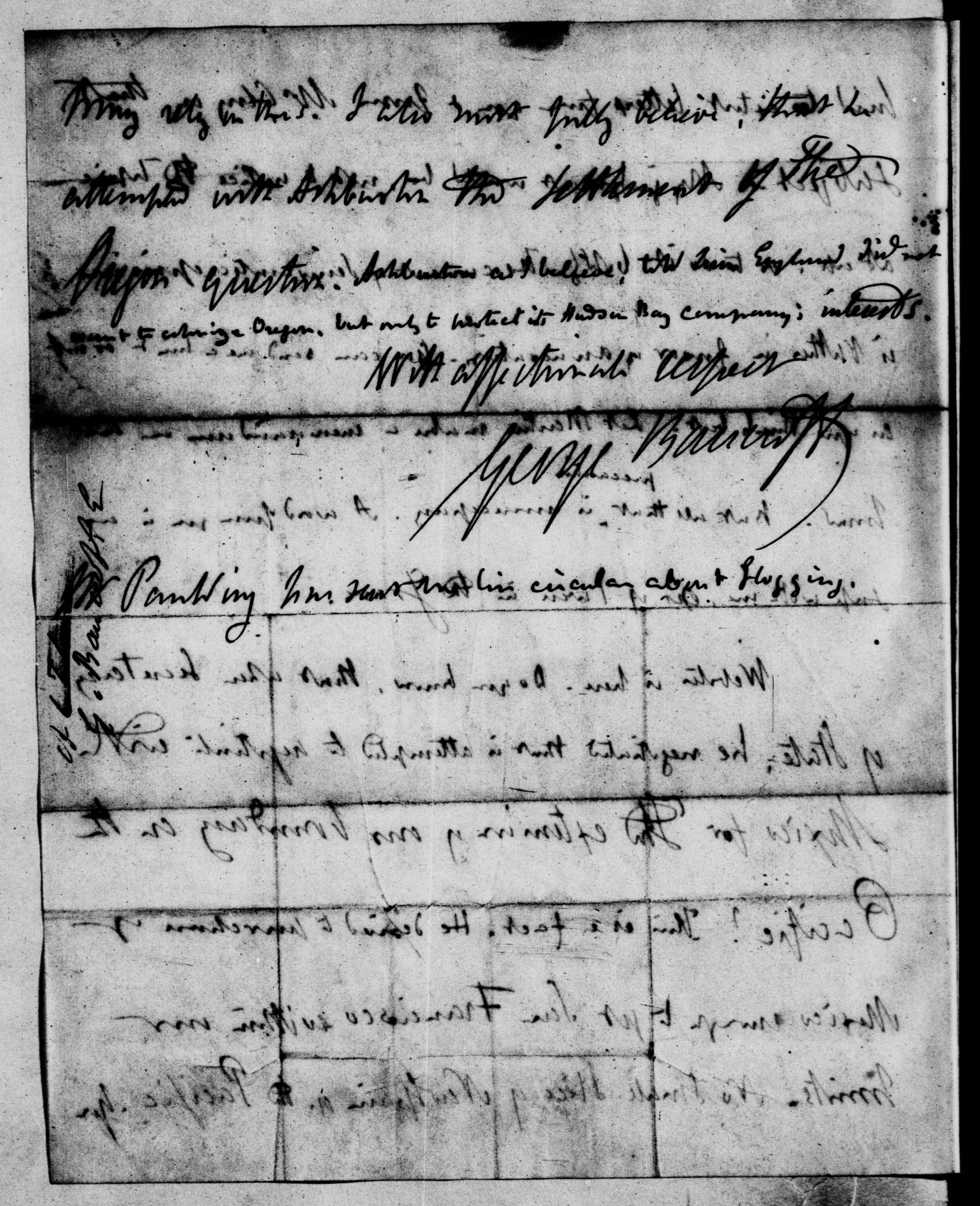