At a meeting of the Democratic Party, held at the Court House, in this City, on Wednesday Evening last, The following resolution was suggested, and passed by an unanimous vote – viz-

"Resolved, that a Committee of Three persons be appointed, to enquire of His Excellency Martin Van Buren, whether or not, he is in favor of the Annexation of the Republic of Texas, to the United States, and to request of him, that he will give his views, at length on the subject."

The undersigned, being approved by a highly respectable portion of your Democratic fellow Citizens of Cincinnati, to convey to you the above resolution, request that you will give your views on the subject, that is now agitating the public mind, in the press.

The undersigned take this opportunity, to assure you of the high respect they sustain for you, both as a public, and private citizen, and remain, 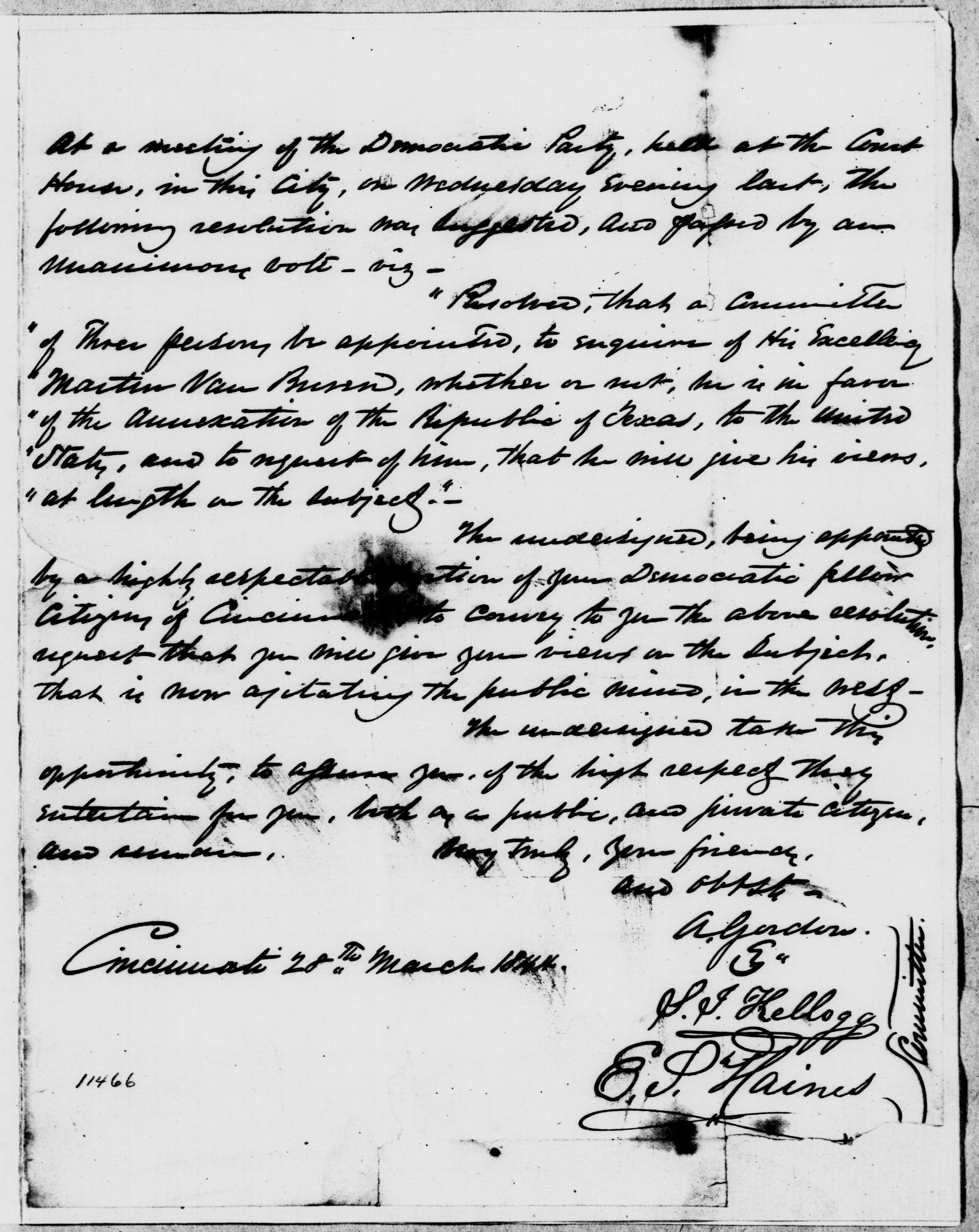 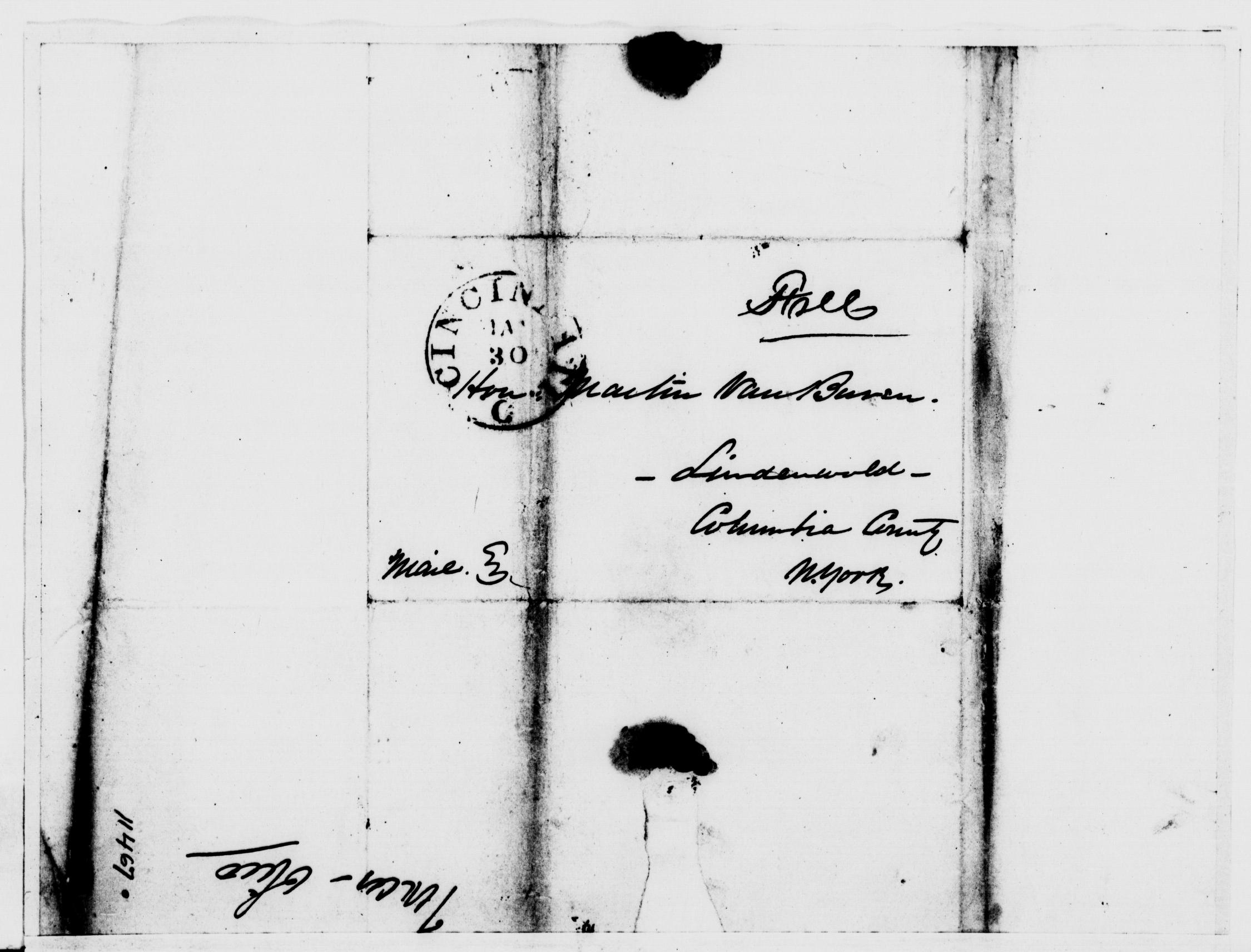