Accept my unfeigned congratulations upon the passage of Mr Ingersolls Bill by the House of Representatives, & the all but certainty that it will pass the Senate also. This measure of tardy justice would lose much of its gratification if stript of the circumstance, that in one branch, at least of the legislature, it will be the act of your political opponents. May the force of public opinion be forever this omnipotent under our democratic institutions. If you have suffered from persecution & privations in the cause of the people, it must be admitted that the charge of ingratitude can never be justly laid at their door. I know of nothing that has afforded me so much, & such unalloyed pleasure, as to witness the sincere & deep felt interest which the masses of the Democracy every where evinced in this matter.

The prospects now are that we shall have a very harmonious Convention in respect to the Presidential Candidate, & it is quite certain that the question of the Vice Presidency will be discussed & decided upon in the very best Spirit. With this all should be, & I have no doubt will be satisfied. They write me from Michigan that the choice of delegates has been made with the greatest unanimity, all the Counties, except one or two, going one way.

I hesitate often about writing to you for fear of imposing too great a task upon you. In replying you will oblige me ^by^ doing about this exactly as the state of your health requires. Nothing in the world afforded me more pleasure than to receive a letter from you, but I can well conceive that there are times when you ought not to write & will not fail to make your excuse.

Remember me affectionately to all your Household, & to Major Donelson, & his & believe me 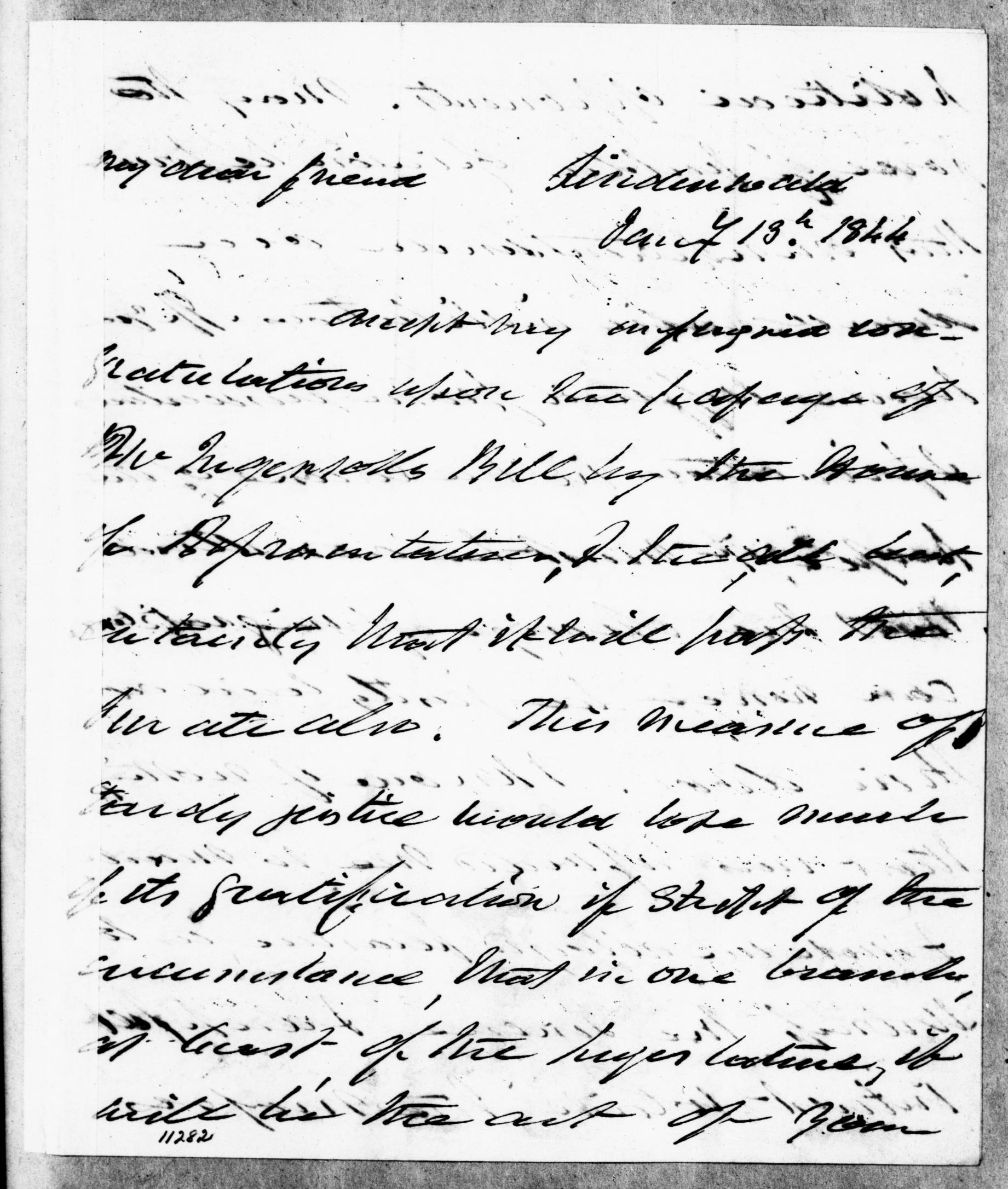 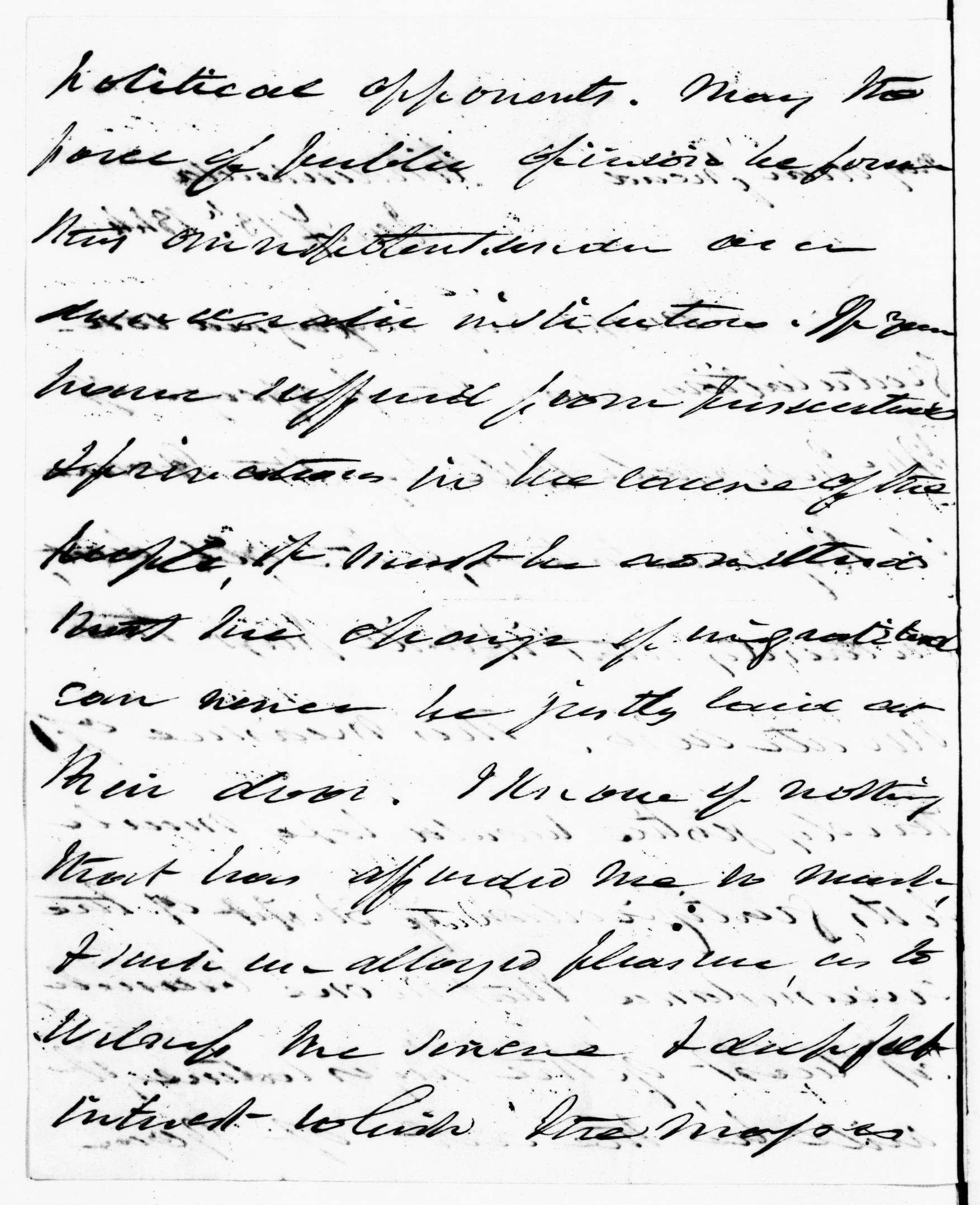 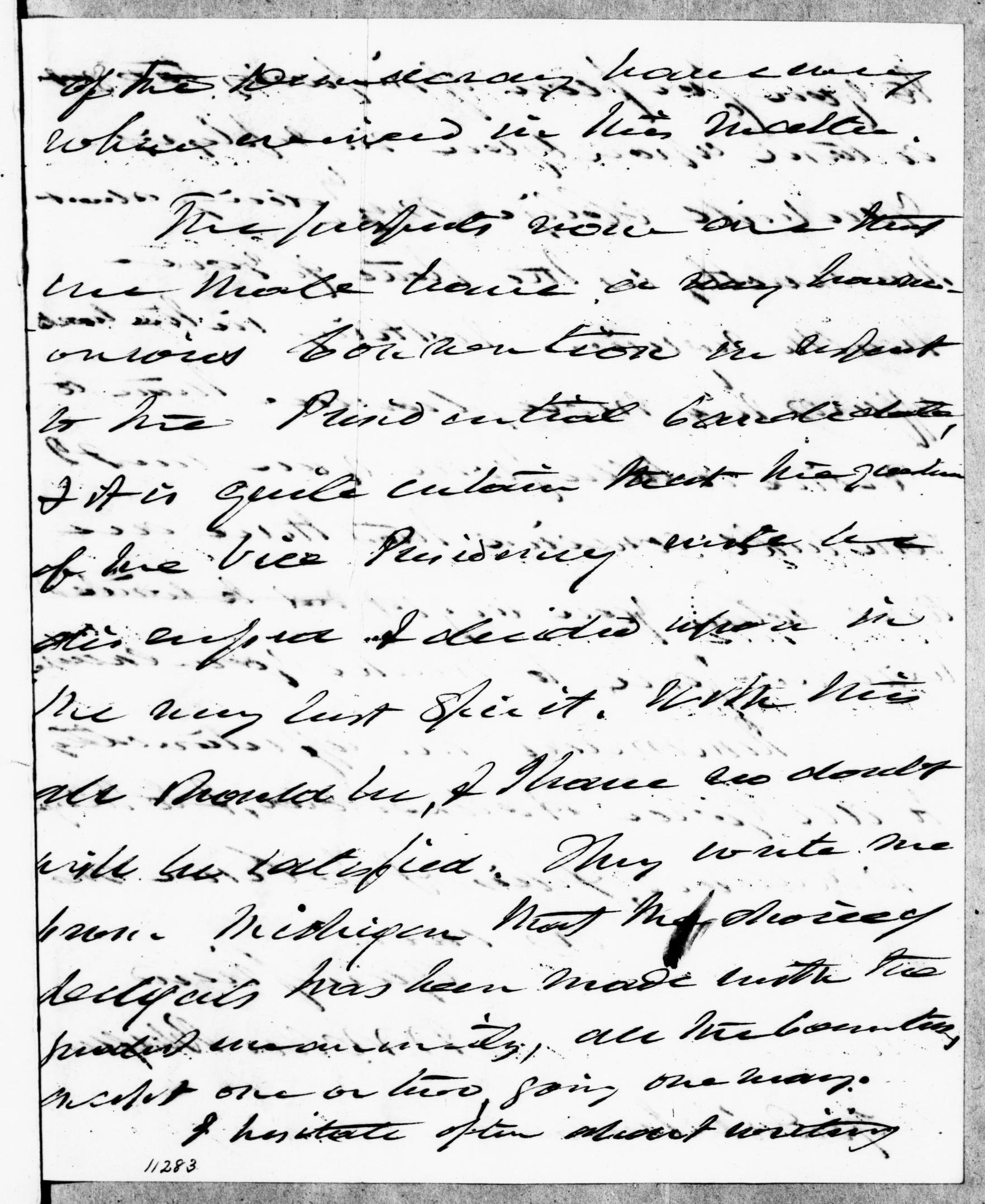 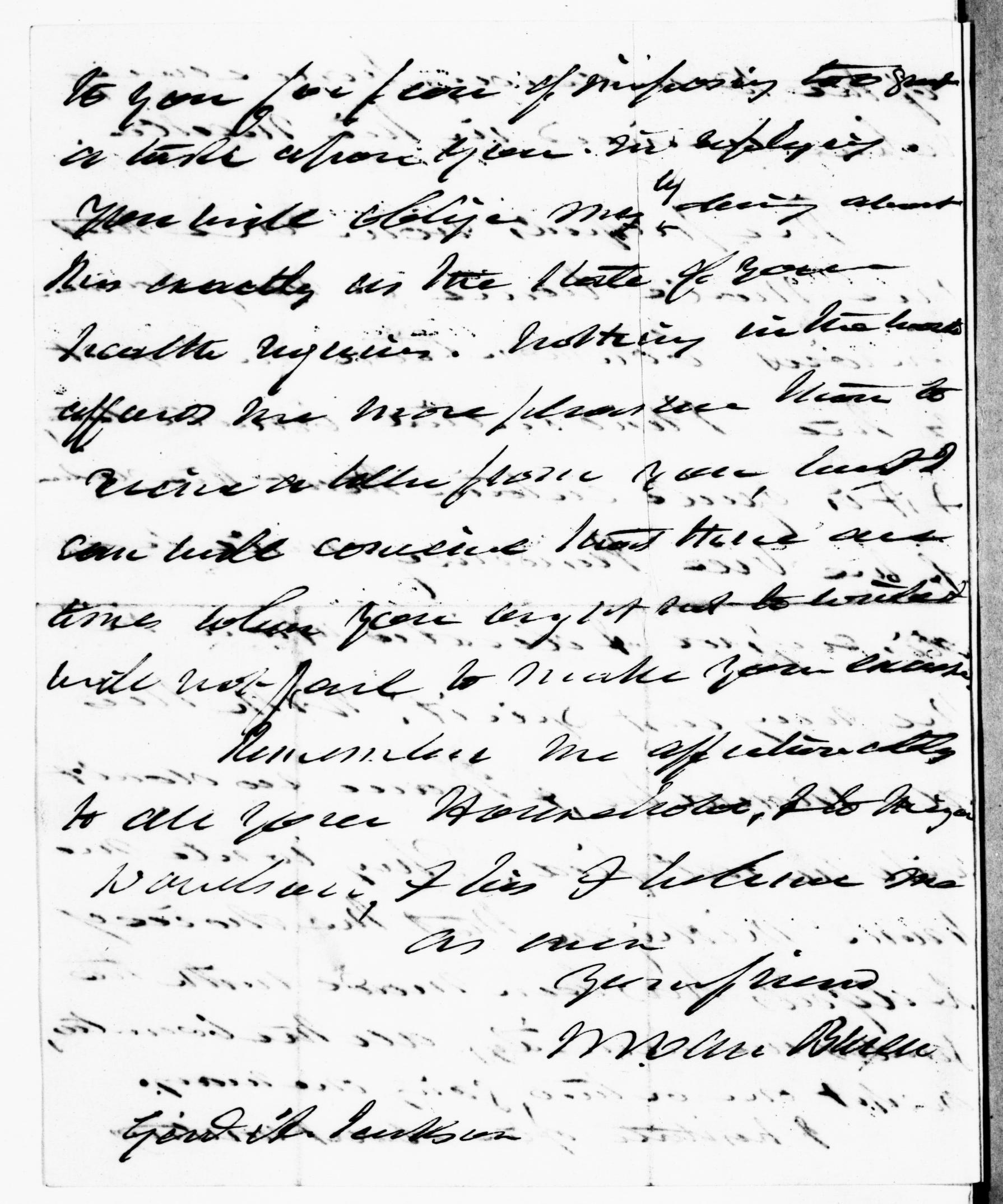 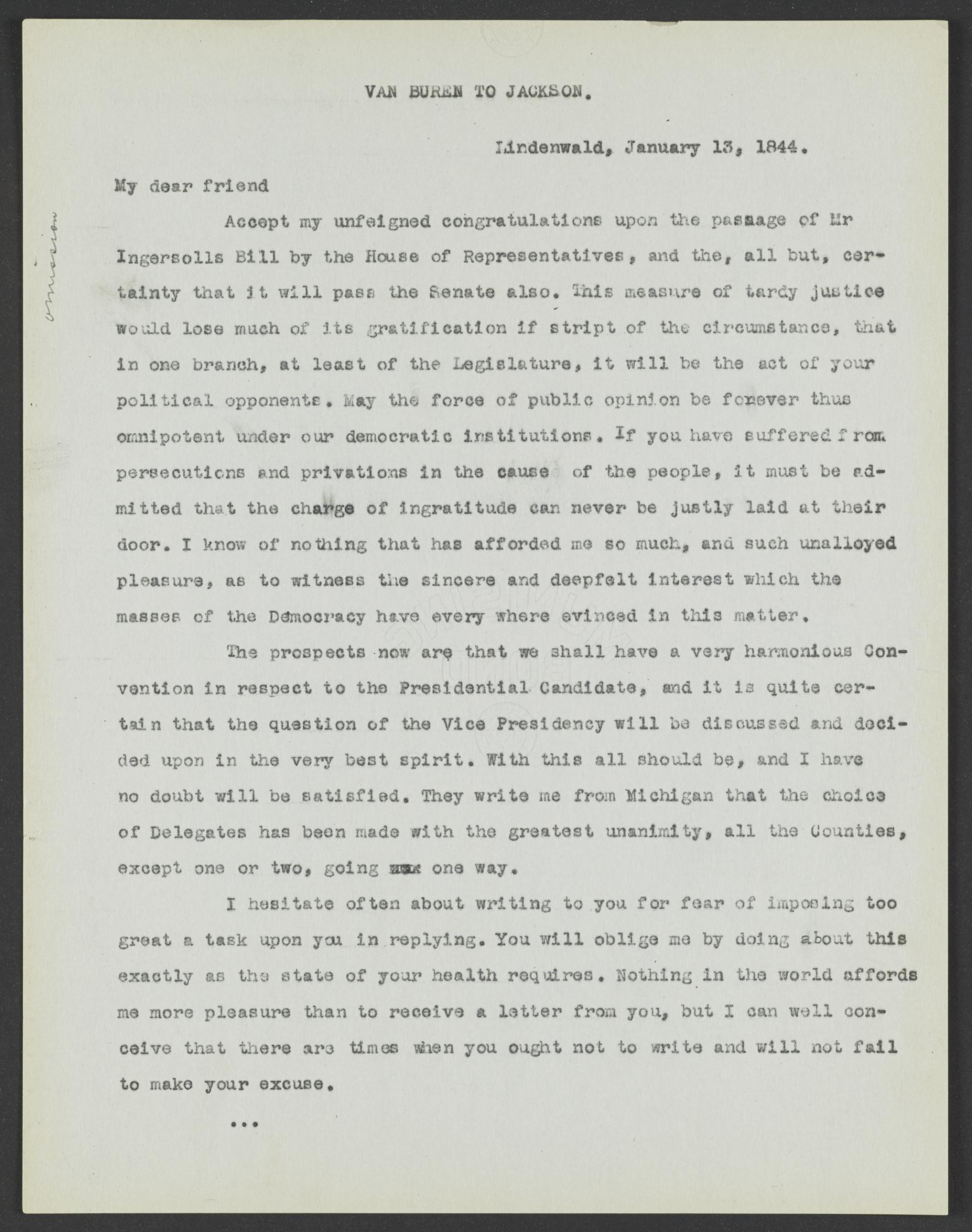